How Long Do the Vaccinated Have to Live? 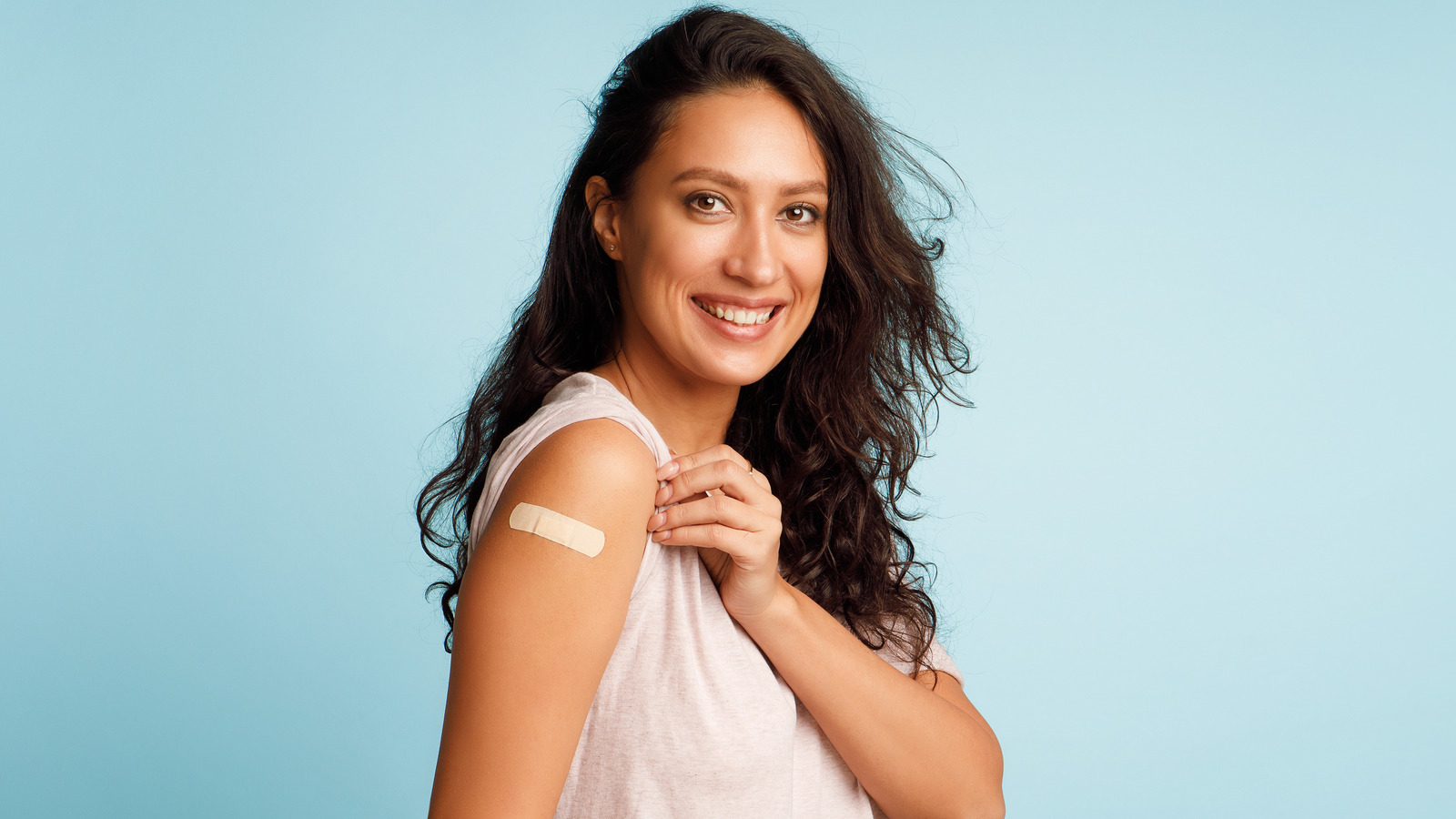 Dr. Mylo Canderian is of the opinion that 95% of the world's population
are "Useless Eaters" who need to be euthanized as quickly as possible.

The answer to the question: three to ten years
Disclaimer- I don't know if this is true but, in the past, Steven Fishman has provided credible insider information.
END OF CYCLE FORMULA FOR THE 'VACCINATED'
by Steven Fishman
(henrymakow.com)
I am often asked the question: "If I have taken the "vaccine," how long will I live?
I deferred this question to a friend of mine, Dr. Mylo Canderian, Ph.D. [born Milos Iskanderianos, Corfu, Greece, 1938], who developed the patent for Graphene Oxide for use as a Hematological Bioweapon in 2015. 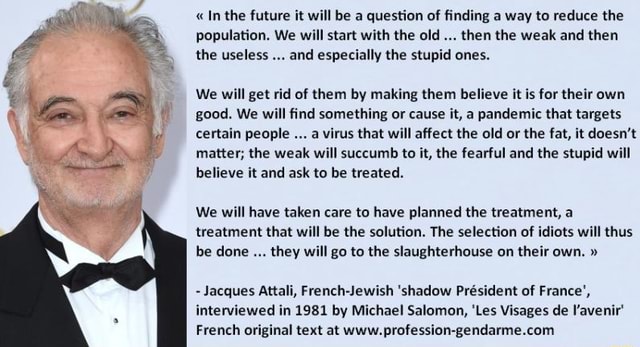 In full transparency, Dr. Canderian is what I would call a "Genocidal Globalist," who follows Precept Ten of the Georgia Guidestones, which is very seldom discussed, stating "Be not a Cancer upon the Earth; Leave Room for Nature."
Dr. Canderian is a Medical Contributor to the World Health Organization and is also very supportive of Klaus Schwab and the "Great Reset," ushering in one world digital currency which is a secondary goal of the WHO for 2022.
Dr. Canderian is of the opinion that 95% of the world's population are "Useless Eaters" who need to be euthanized as quickly as possible.
"Look at downtown Chicago, Baltimore, or Los Angeles," he has stated, "and you will clearly see why the Useless Eaters must be put down like rabid dogs."
He has expressed his disdain for "Infectious Educators" who promote Critical Race Theory, and is confident that the "vaccine" will put an end to "Human Cancer Upon the Earth."
Dr. Canderian is an ardent supporter of Freemasonry's Duty and Obligation to rid the world of the "Plague of Humanity."
Yet on a personal level, he and I share a passion for the same exotic dish served at L'emince de Veau in Geneva: Cream of Hummingbird Soup followed by Elk Tongue.
We both are fans of Chef Gaston Sere de Rivieres, who is a culinary genius.
So, I asked Mylo, "How can the "vaccinated" know with certainty how long they have to live once they have been jabbed?"
He presented me with the information, called the "End of Cycle Formula."
He explained how easy it is to calculate.
"The Power of Simplicity," he said. "There is a maximum cycle of ten years from injection to End of Cycle," [or death], he elaborated. "And it is extremely easy to determine."
He said any hematologist can see it within seconds under a microscope, and even more readily under an electron microscope. "The percentage of blood affected [or contaminated] by or with Graphene Oxide is the reciprocity of the End of Cycle calculation," he divulged.
In other words, an "inoculatee" [as he calls anyone jabbed with the Experimental Use Authorization Eugenics Depopulation Lethal Injection Bioweapon] having 20% Graphene Oxide deterioration in their blood will, barring any other input criteria, live for 8 years. [10 years less 20%].
Someone with 70% Graphene Oxide deterioration will not live more than 3 years. [10 years less 70%].

Dr. Jane Ruby recently was interviewed by Stew Peters on his podcast and showed examples of what the deteriorated blood looks like when exposed to Graphene Oxide.
Graphene Oxide, for those who are unaware, is the component of Messenger RNA spike proteins and prions, which is at war with the heart, lungs, brain and blood for oxygen.
Graphene Oxide is an oxygen sponge which deprives the body of necessary oxygen and causes many complications, including but not limited to anaphylactic shock, toxic blood clotting, fatal lung paralysis, mitochondrial cancer, and endothelial cancer."
Dr. Mylo Canderian's viewpoint is much the same as Klaus Schwab, Bill Gates, and the Big Pharma CEO's: LET THEM ALL DIE!
I asked Mylo what the effect of second and third shots and boosters do and how that changes the End of Cycle table.
Mylo replied: "It is all measurable through hematological testing. The more shots and boosters the imbeciles get, the worse their blood will look under a microscope, and the quicker they will turn to fertilizer."
Finally, I asked him how the plot to kill so many billions of people could be kept so secret by such a group of elites.
His answer was: "You don't know much about Freemasonry, do you, Steve?" And there you have it.
-----------------
Related  -  American Standard of Living is about to Collapse
Do Gullible People Deserve to Die?  Video
Archbishop Vigano Says Vaccines are Human Sacrifice of Innocent Victims to Satan
Heartbreaking Accounts of Adverse Reactions - Satanists feast on human suffering
More suffering souls for Satan
Compilation video of people having physical and mental side effects from getting vaccinated.
First Comment from DM:  "Dr. Mylo Canderian, Ph.D. [born Milos Iskanderianos, Corfu, Greece, 1938], who developed the patent for Graphene Oxide for use as a Hematological Bioweapon in 2015."

Despite that some facts mentioned in the article above could sound true. It takes less than 3 minutes to realize that this doctor doesn't exist. Patents available using graphene oxide available on the internet are mostly developed by korean and chinese researchers. Here an article in Alerta Digital with links directed to several sites where these patents are recorded.

Besides it is possible to remove graphene oxide nanoparticles out of the human body by increasing glutathione levels by using N Acetylcysteine and Zinc supplements. (that's why they want to innoculate us as many times as possible!)

As far as I know, it is not possible to remove Graphene Oxide from the blood using NAC or Zinc but I will ask Dr. Jane Ruby.  I do not know where Mylo's patents were filed, but he has told me that the World Health Organization has them.  I will research it further, but I can assure you that when I worked for Norah Cali at the Progress for Peace Foundation, our interactions with Mylo were consistent.  As I said, I have met him in Davos, Switzerland.
Even if there was some kind of half-life of graphene oxide in the bloodstream [which I have not yet ascertained as being a true hypothesis], that still would not speak to motive ("that's why they want to inoculate us as many times as possible"), once again evidencing the genocidal globalists' intent to annihilate us all.  Their utter contempt for us is obvious no matter how many "variants" they create in the lab or how many "boosters" they introduce to wipe us out.  Mylo is 83 years old and lives very comfortably in (names location which i removed to protect Steven-hm) and finds my attempt to expose everything "laughingly self-destructive and pathetic," but he did make one interesting observation:  that both the elites [Freemasons, Council on Foreign Relations Members, Bildebergers, and the British Royal Family, etc.] and the "sanctimonious antivaxxers" [referring to me and our little club of protesters] have one thing in common:  we will all have to live together after the useless eaters are all dead, if and when we survive what is coming... 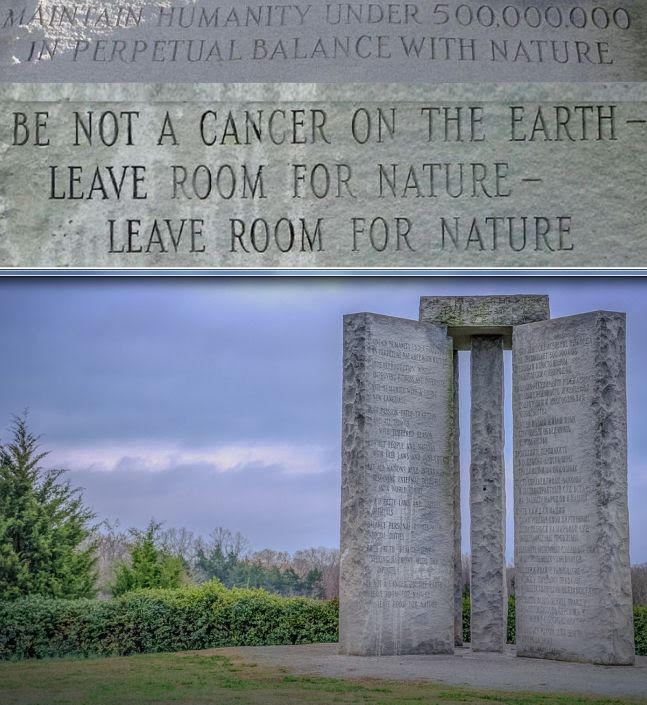 (To understand events unfolding, it's best to see mankind as a cancer.)
Brabantian writes- Dr Mylo Canderian has a professional profile on Linked In -https://www.linkedin.com/in/dr-mylo-canderian-phd-a61a49209

Your reader was too hasty in jumping to conclusions after using a search engine, and that is a mistake these days ... the Linked In profile was the #1 item on DuckDuckGo, often worth checking ... there are perhaps even better search engines someone may know

Also, if anyone quibbles, the Jacques Attali quote in the meme seems quite authentic, despite an alleged and mis-leading 'de-bunking' on the deceptive Snopes ... the French original was published in a 1980s printed book -
1st edition 'Interviews with Michael Salomon, Faces of the Future'
'Entretiens avec Michel Salomon, Les Visages de l'avenir'
Although removed from later editions, the French original of the quote in the meme, is published now on the website of a French military police association, who - given the nature of French laws, and the power of M. Attali in France - would not risk fabricating anything here
http://www.profession-gendarme.com/attali-prophete-ou-conspirateur/
an English version here
'Globalist Banker Predicted Scamdemic & Genocide of the Useless' by Michael O'Bernicia
https://www.thebernician.net/globalist-banker-predicted-scamdemic-genocide-of-the-useless/

Comments for "How Long Do the Vaccinated Have to Live?"

Dr. C has one valid point. He speaks of "useless eaters."

I live in a section of my city where there are many on social assistance. Their jaw-dropping insolence is unbelievable. They always know more than the next person or the professional. They are ill-dressed bags of bones who think they are the most beautiful people in the world. They are demanding, rude, in-your-face and delusional. And they will never work.

I asked one man if he thought there was anything unusual about me being a taxpayer and he being a tax recipient. He told me that was my problem.

Yes it's wrong for the elite to target such people but I struggle greatly to envision myself as coming to the rescue of these revulsive people. Especially because these charity cases are not only passive but aggressive and threatening.

His forecast he tweeted of what "the final picture may be":

10-20 million dead of mostly elderly / weak, from the virus that 'came out of Wuhan', typical major flu numbers

100-200 million dead as "collateral damage from lockdowns", i.e., from hunger, poverty, lack of medical care, suicides etc, many of these much younger

1 to 2 billion dead from 'vaccines' over years ahead

Commenters on this add

Hi Henry, there are no hummingbirds in hummingbird soup. Shame on you, with so many serious issues, you should check facts on a statement like that. I still say Angela Merkel is Adolf Hitler's biological daughter. You heard it here first.

I talked to a friend yesterday that I hadn't talked to in a while. He said he got the first jab and had a bad reaction to it. He says he is not getting the second jab.
His younger brother died shortly after getting his second jab, he was only 30 years old.

Murdering Billions —Global Genocide — of course the Freemasons could keep that info on the down low….

along with their other child abuse torture SRA activities.

Also, “They" —the cabal elite-- thought they had effectively silenced their victims of sex abuse and trafficking — that is the few that actually survived— with a medical technique that wiped their victims' memories. However, some of those surviving victims remembered.

The real reason the Court has kept Britney Spears in bondage is to silence her (and continue to use her) because Britney started to remember and They — including her father— are all in on it.

Be not a Cancer upon the Earth; Leave Room for Nature." And yet they dine on Hummingbird Soup. Can't imagine how many hummingbirds would be required for one bowl of soup. As for the Elk Tongue, can only hope the elk licked its crotch just before its tongue was plated.