When Biden Resigns, This Commie POS will be POTUS 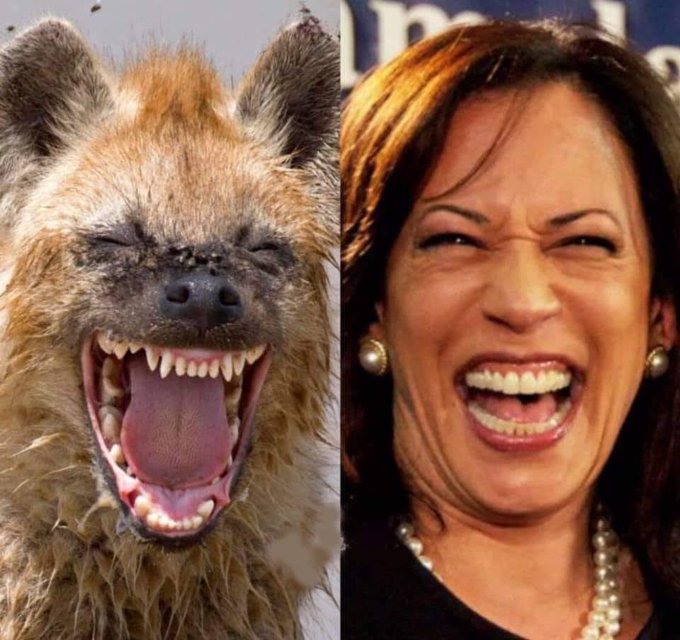 Here's why Obama (the real power behind the scenes)
wanted her as vice president -- Biden won't be in the office
one year before she takes over.


"Fortunately for Harris, but potentially disastrous for the Republic,
elected officeholders are not subject to the security clearance process.
If the FBI did a Background Investigation on Kamala Harris,
she never would have passed, because of her 40-year close ties with
Marxists, Communists, Maoists, and Communist China."

"Since Biden was elected, the Socialists, Marxists, and Communists who control Kamala Harris are planning to enact provisions of the 25th Amendment, in order to remove Joe Biden from office, so Harris can become the first Communist President of the United States."
When she ran for President in 2020, she spent $40 million and got 2% of the vote.  She didn't win a single primary and made Sleepy Joe look like a rock star.
Worse than We Ever Thought: Kamala Harris Background
by Geoffrey B. Higginbotham, Retired Major General, USMC
(abridged by henrymakow.com)

Kamala Harris' father was an avowed Marxist professor in the Economics Department at Stanford University in Palo Alto, CA. Both of Harris' parents were active in the Berkeley based Afro- American Association; Fidel Castro and Che Guevara were the heroes of the Afro-American Association.

The group's leader, Donald Warden (left, aka Khalid al-Mansour), mentored two young Afro-American Association members, Huey Newton and Bobby Seale; they created the Maoist inspired Black Panther Party which gained strong support from Communist China; the Black Panther Party served as the model for the creation of the Black Lives Matter Marxist organization Khalid al-Mansour subsequently went on to arrange to finance and facilitated for Barack Hussein Obama to be accepted as a student to matriculate at Harvard Law School.

Following her graduation from college, Harris returned to California and subsequently became the mistress of the 60-year-old married Speaker of the California Assembly, Willie Brown.
Jr. Brown's political campaigns were supported and funded by Dr. Carlton Goodlett, the owner of The Sun Reporter, and several other pro-Communist newspapers.  Brown was elected as Mayor of San Francisco, and strongly endorsed Harris' Marxist political philosophy; he guided Harris's political rise in California politics, leading to her election as California's Attorney General.  Willie Brown, Jr. was a well-known long-time Communist sympathizer.  Willie Brown, Jr. was initially elected to public office with the substantial help of the Communist Party USA.  Today, Willie Brown is widely regarded as one of the Chinese Communist Party's best friends in the San Francisco Bay Area...

Kamala Harris's sister Maya Harris was a student activist at Stanford University.  She was closely associated with Steve Phillips, one of the leading Marxist-Leninists on campus and a long-time affiliate with the League of Revolutionary Struggle, a pro-Chinese Communist group. Phillips came out of the Left, and in college, he studied Marx, Mao, and Lenin, and maintained close associations with fellow Communists. Phillips married into the multi-billion dollar Sandler family of the Golden West Savings and Loan fortune.  He funded many leftist political campaigns, and the voter registration drives in the Southern and South Western states in order to help his friend, Barack Hussein Obama, defeat Hillary Clinton.  Phillips has been a major financial sponsor for Kamala Harris's political campaigns for various California elective offices. 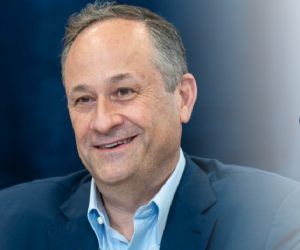 Harris' husband, (((Doug Emhoff))) works for the law firm DLA Piper, which "boasts nearly 30 years of experience in Communist China with over 140 lawyers dedicated to its 'Communist China Investment Services' branch.  He was just appointed to Professor at Yale to school future lawyers in the fine points of Communism.  When she was elected to the US Senate, Kamala Harris appointed a Pro-Communist Senate Chief of Staff, Karine Jean-Pierre.  Jean-Pierre was active with the New York-based Haiti Support Network. The organization worked closely with the pro-Communist China/Communist North Korea Workers World Party and supported Jean-Bertrand Aristide, the far-left Communist former president of Haiti and the radical Lavalas movement.
Fortunately for Harris, but potentially disastrous for the Republic, elected officeholders are not subject to the security clearance process.  If the FBI did a Background Investigation on Kamala Harris, she never would have passed, because of her 40-year close ties with Marxists, Communists, Maoists, and Communist China.  Harris would never have been approved for acceptance to any of the five Military Service Academies, been appointed to a US Government Sub-Cabinet position, or would have been approved to fill a sensitive position for a high-security defense contractor.  Yet, since Joe Biden was elected, Harris could be a heartbeat away from being President.
The US constitutional Republic is being threatened by the People's Republic of Communist China (PPC) externally, and by of their very active espionage operations within the United States. The People's Republic of Communist China (PPC), with 1.4 billion people, is governed by the 90 million-member Chinese Communist Party (CCP), which has been working with Russia to destroy the US Constitutional Republic for over 70 years.

The CCP operates a massive global intelligence network through its Ministry of State Security. The CCP operates a vast intelligence network in the U.S as well.  It is made up, not merely of intelligence operatives working for the Ministry of State Security, but it is also made up of a myriad of business and industry officials, Chinese scholar associations, and 370,000 Chinese students currently attending American universities.  It also operates the Confucius Institute indoctrination and intelligence gathering centers in the US on 67 University campuses and in seventeen K-12 Public School Districts.  The Confucius Centers are staffed by Communist Chinese intelligence operatives.

Hunter Biden was given $1.5 billion for the Biden Family Business, to strategically purchase interests in companies in the US Military Industrial Complex, whose technologies would enhance and improve Communist China's defense industry.  Hunter Biden was also instructed to try to take control of US companies involved in sourcing rare earth minerals in the United States. Hunter also received $3.5 Million from the wife of the Mayor of Moscow for some carefully hidden reason.

The Peoples Republic of Communist China has a military of two million men, including the world's largest Navy. The United States does not have enough ships and munitions to defeat China's Navy, absent the use of nuclear weapons. There is a famous book, Unrestricted Warfare, written in 1999 by two People's Liberation Army colonels.  It argues that war between the PRC and the U.S. is inevitable and that when it occurs China must be prepared to use whatever means are necessary to achieve victory Refer to this. 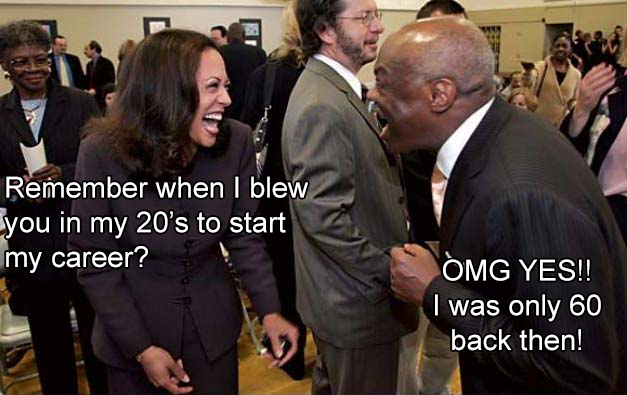 If the American voters read the background information (in Trevor Loudon's article) on Kamala Harris, they would never support her election as Vice President of the United States.  Joe Biden is suffering from the early onset of dementia and will continue to decline in cerebral awareness; he will never be able to fill out a four-year term of office.  Since Biden was elected, the Socialists, Marxists, and Communists who control Kamala Harris are planning to enact provisions of the 25th Amendment, in order to remove Joe Biden from office, so Harris can become the first Communist President of the United States.

American voters must alert their fellow Americans that Kamala Harris is a very serious National Security threat to the very survival of the US Constitutional Republic; she has been a fellow traveLler of Marxists, Communists, Maoists, Socialists, Progressives, and Chinese Communists for over 35 years. President Trump had much more background information on Kamala Harris than we presented here, and he was correct when he accused Kamala Harris of being a Communist subverter.
---------------
Related - California is Controlled by Four Crime Families

Comments for "When Biden Resigns, This Commie POS will be POTUS"

The Democrat Politicians mentioned in this article are ALL STOOGES working for the DSA (Democratic Socialsts of America) and their bosses. They are all a carbon copy of each other and they never break from the party line votes dictated to them by their bosses.

Kamala Harris is NOT a dictator wanna be at all. She is timid and seems uncomfortable in the position that she presently holds. The dictators who really run the Democratic Party are the ones behind the curtain that give them their orders and not the candidates at all.