Is "Biodigital Convergence" the End of Humanity? 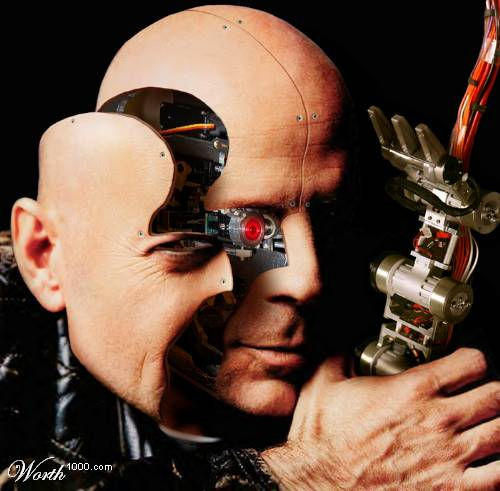 Comments for "Is "Biodigital Convergence" the End of Humanity? "

"Hurricane Ida" = 666 (English Sumerian)
They do everything by the numbers.

"They" have these grandiose plans and, in their pride and hubris, think they will be able to carry them out. But their globalism will not happen in the way that they think, and it will not happen for long. Their master, the devil, has had a double-cross planned all along (he does that).

There is also this: Free will is necessary for each to choose his own path; otherwise, there is no point to this life.We were never meant to be puppets, or what happened in Eden would not have been possible. To control everyone so completely and constantly - might as well cancel conciousness itself. So here is a scenario based on Apocalypse. Whatever will happen cannot be turned aside; those that are evil will "win" for a time, but in so doing they really lose for all time.

The perpetrators of globalism, etc., do not realize they they will be giving all their power to the antipope (though they will think he is a true one) and that this will seal their fate as well as legitimately test all souls whether they have a love for the truth or no: and in this way, despite their best efforts, in the end they are serving the purpose laid down for them in Apocalypse: The "ten kings" who will receive power after the beast, "have one design: and their strength and power they shall deliver to the beast (Apoc. 17: 12-13); "And all that dwell upon the earth adored him, whose names are not written in the book of life of the Lamb which was slain from the beginning of the world." (Apoc. 13: 8).

I expect their v-x attempt to subdue the world to be interrupted. It will be by the opening of the 6th Seal (Apoc. 6: 12-17), but that event will be called by another name, as the "signs and wonders" which herald the arrival of the "man of sin". It is an "operation of error" which is the fulfillment of a false prophecy (Garabandal) as if it is from Heaven (it is not).

Naturally none of this can be proven beforehand but we will inevitably see how it all actually plays out. The v-x regimen will push ever harder and resistance will grow ever stronger and it will not be stopped, until an -apparent- Divine intervention. Very likely early in 2022.