Mike Stone - The Day of Reckoning is Here 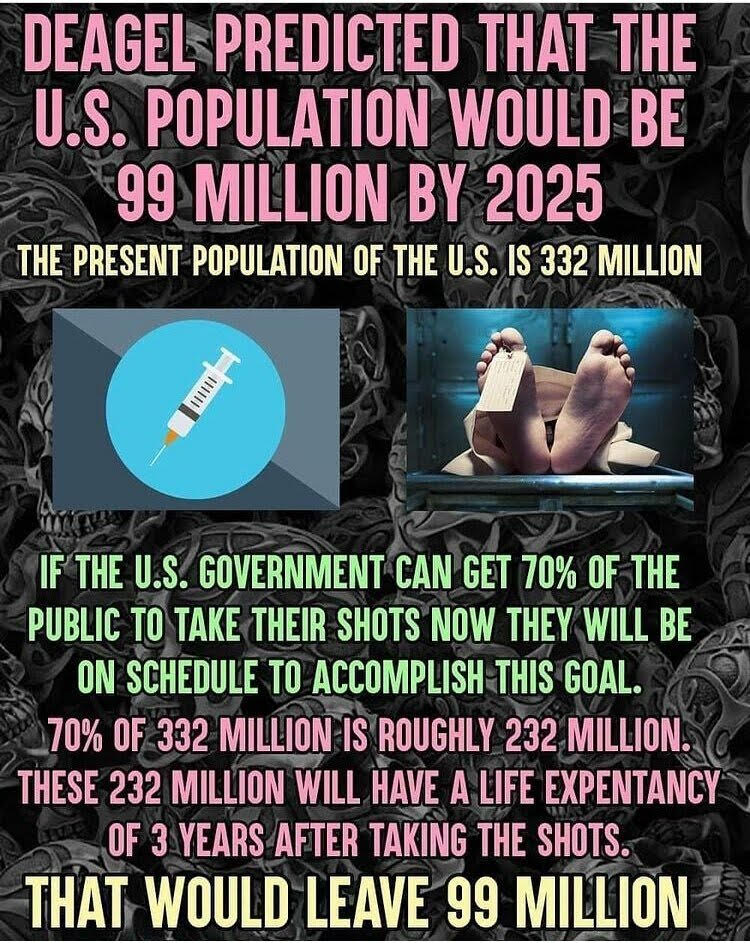 Look up the word "sorceries" in Strong's Concordance, a reference book which lists the Hebrew and Greek translation of every word in the Bible, and you'll find the original Greek meaning for sorceries is pharmakeia or pharmacy. In other words, drug medications. So what that line from Revelations is really saying is: "For thy merchants were the great men of the earth; for by thy drug medications were all nations deceived."
Excerpted from the book COVID-19 and the Mark of the Beast: What Every Christian Needs to Know About the Trump Vaccine by Mike Stone (available here)
by Mike Stone
(henrymakow.com)
Revelations 13:16-18: "And he causeth all, both small and great, rich and poor, free and bond, to receive a mark in their right hand, or in their character in their foreheads: And that no man might buy or sell, save he that had the mark, or the name of the beast, or the number of his name. Here is wisdom. Let him that hath understanding, count the number of the beast: for it is the number of a man, and his number is six hundred threescore and six."

The mayor of Lapu-Lapu in the Philippines is not allowing anyone who is unvaccinated to buy food or groceries.

Australia is close behind and initial trials of a vaccine mandate are currently underway in Los Angeles, San Francisco and New York.

Look up the word "sorceries" in Strong's Concordance, a reference book which lists the Hebrew and Greek translation of every word in the Bible, and you'll find the original Greek meaning for sorceries is pharmakeia or pharmacy. In other words, drug medications. So what that line from Revelations is really saying is: "For thy merchants were the great men of the earth; for by thy drug medications were all nations deceived."

Have you heard of H.R. Bill 6666? If you receive a positive test for the imaginary virus--and the testing protocol is riddled with false positives--you can be hauled away in a "mobile health unit" to an internment camp and locked up for life. Do you think it's a coincidence that the bill is numbered 6666?

Remember Bill Gates? He's the guy who said in 2010, "The world today has 6.8 billion people. That's headed up to about 9 billion. Now if we do a really great job on new vaccines, health care, reproductive health services, we could lower that by perhaps 10 or 15 percent."

To lower the human population by means of vaccines can have only two meanings: sterilization or death.

In 2019, Gates filed a patent application entitled Crypto Currency System Using Human Body Activity Data, a system designed to eliminate cash. And just how will this "human body activity data" be transmitted and processed in order to buy and sell? By an embedded microchip, of course. 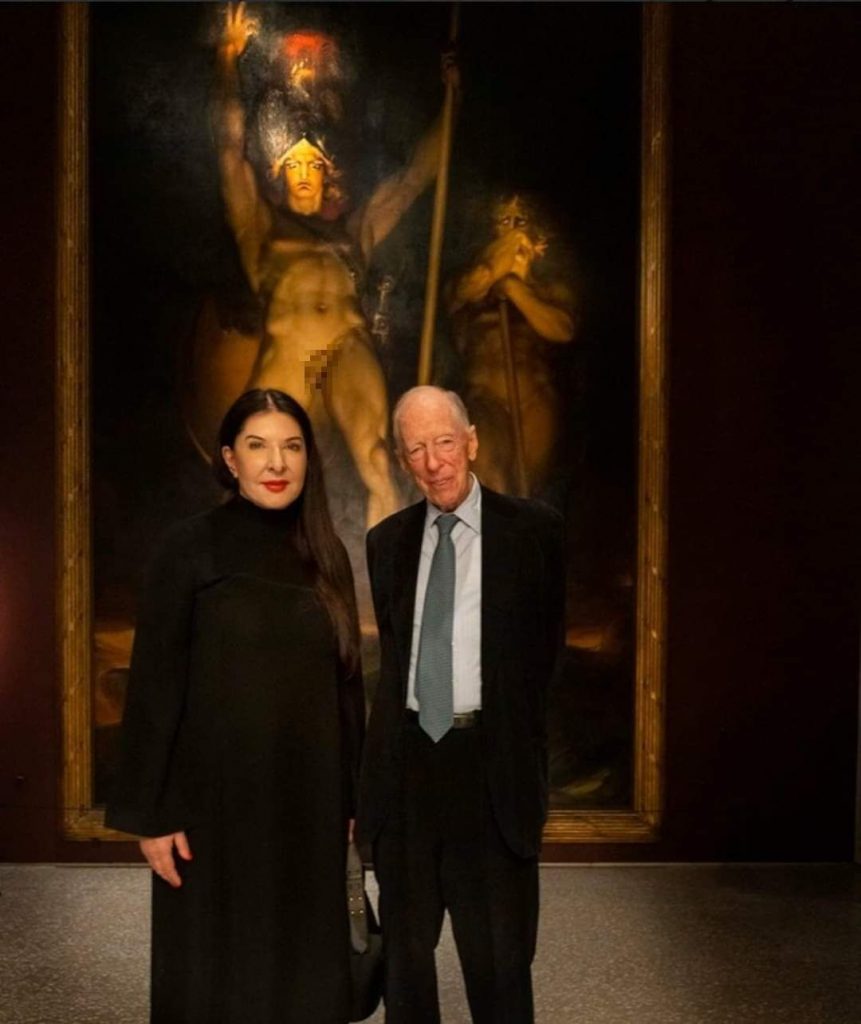 But I guess those are all just coincidences too.

Are you familiar with Klaus Schwab? He is the founder and chairman of the World Economic Forum in Davos, Switzerland, which annually brings together the heads of state of the world's major countries to discuss the future of world affairs. In other words, Schwab is a major player on the world stage and one of the most influential men on earth. When he says, "Jump," presidents of major countries say, "How high?"

In an interview with Swiss channel RTS on January 10, 2016, a full four years before our current "pandemic," Schwab explained how every human being on earth will soon be micro-chipped in order to merge with the digital world.

Schwab and others like him envision a future in which natural humans with God-implanted DNA no longer exist, replaced by a population of micro-chipped trans-humanist creatures. This is their future and they can't wait for it to happen.

They want to replace God's creations with their own creations. In essence, they want to become gods themselves.

At this point in time, nothing else matters in the world. This issue is the dividing point between all peoples, between all races and between all political affiliations. You either submit to the jab or you don't.

Mike Stone is the author of "Reversing the Side Effects of the COVID-19 Vaccine: How to Heal Yourself from Adverse Reactions to the Trump Vaccine and Protect Yourself from Shedding," available here. And the author of Based, a young adult novel about race, dating and growing up in America, and A New America, the first novel of the Alt-Right, a dark comedy set on Election Day 2016 in Los Angeles - - Available on Amazon.
Related --- Barcode in Vaccine??  (Twitter)
First Comment from Herb
The Lupu Lupe order was revoked at the national level. Not that it's not coming, it is, but they said not enough people have had a chance to get the death jab.  We could translate literally "...for by thy pharmaceuticals were all nations deceived." In the Philippines they let people bleed out before they give help. All real medical help is cash upfront. Many people don't believe free medical treatment is anything more than an attempt to kill them, And I have had many people here tell me that. They think the government feels there are too many of them. They are not going to willingly take the death shot. They have been guinea pigs before.
It's just too scripted from Revelation it's like setting up a fake tribulation and fake antichrist event. I would prepare for a big event soon like 23 September. This month and if we are lucky they give us more time to prepare. Remember the Deagle death numbers can be achieved by power outages that shut down the distribution of food and lead to starvation. Then the real fake christ will end it and crush globalism and that will be the real NWO. This is all too obvious and the top players are idiots and disposable fools as far as I can tell. The people could be moved out of their trance in a day if the media shifted to exposing the scam and promoting the new hero.
BTW 23 September has been telecasted in moves and cartoons for decades much like 911 only we were not wise to 911 until it happened.

Comments for "Mike Stone - The Day of Reckoning is Here"

Rumor has it that Heir Biden will be gone this month after Frau Harris uses the
25th Amendment in Congress against him. It will take 4 weeks for them to then
seat Frau Harris as "der nova Presidente"; during which time the US military will
have NO Commander-and-Chief. Gee, I wonder what might happen?

On a lighter note, here is a 4-minute video from 2018 depicting the Mike Stone
CIKS (Covid Injection Kill Shot) tracking, entitled: One Card to Rule Them All.

Best regards and buckle up -- for history to be made soon...

My understanding of the law is if someone puts something in my body against my will that is rape and assault. I would like to see the mandatory vaccines start to be referred to as vaccine rape as that is what they are. This bullshit about we have a choice is crap if my choice puts me in a disenfranchised underclass of Canadians who can no longer travel, dine out, go shopping etc etc. If an abuser says to someone "If you don't let me stick this in you you won't be allowed to eat" is that a choice to the victim?

This time of great deceit the devil has developed over a great time. Drugging our youth for a few decades now is also sorcery. Rock music & drugs; what a combo. Go into practically any store or business, even a cafe, and what do you hear? It’s usually rock music of some kind playing on their P.A. System. This keeps you embalmed in this music. Sorcery has been a big player along with witchcraft & the occult for centuries. The devil loves to use music as a tool; he was the musical angel in heaven. Mazzini said,’we will corrupt to rule’. And,’do what thou wilt is the whole law’, aleister Crowley, occultist, black magic, sex magic, satanist.

I have known Rappoport for many years and find him to be one of the best investigative reporters anywhere - ever. How do you know what killed Steele? You don’t. And that is the point for everyone to understand. As long as you accept the Covid paradigm (which is disinfo on every level possible), you will never understand what is really going on and in fact what is really killing a specific person at a specific place and time.

Those who excoriate the folks who are helping to illuminate vs. those responsible for this OP, are part of the problem not the solution.