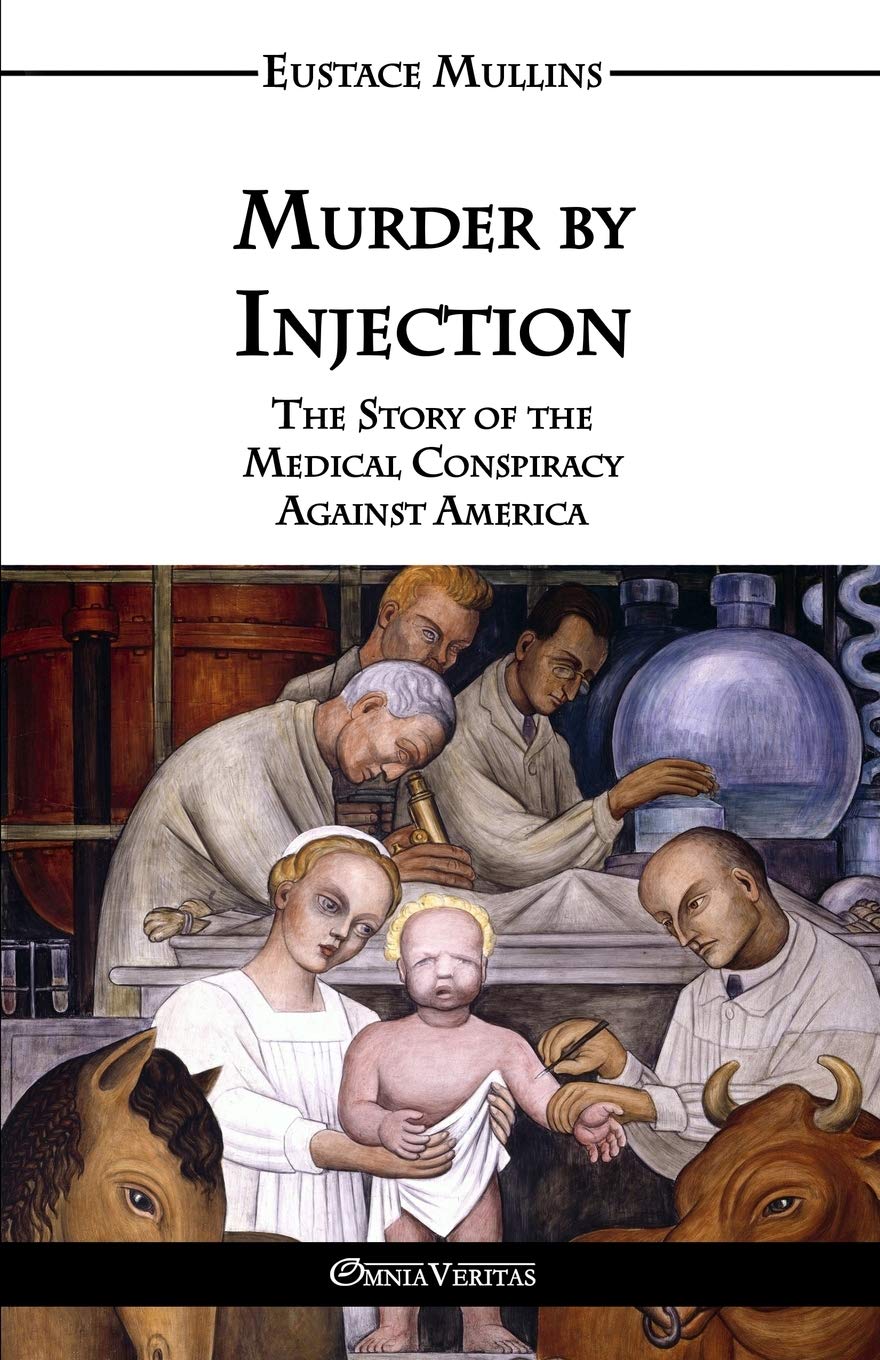 This is why the majority of doctors
and nurses are traitors or worse.
The gig is up for modern medicine.
from May 19, 2021
The Flexner Report
by Eustace Mullins
(henrymakow.com)
The foundation takeover of the "American Medical Schools" followed almost immediately after Frederick Taylor Gates (1853-1929) went to work for Rockefeller.  It was fast and it was simple.  It took place in three steps. 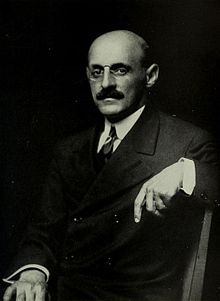 The first was when Rockefeller and Carnegie together financed the famous Flexner Report of 1910 written by Abraham Flexner, (1856-1959) hired by Rockefeller and Carnegie.
Flexner traveled all over the country and made a very scholarly analysis of how bad the level of medical education was in America and he was right.  He didn't distort it.  To my knowledge he didn't distort (any of it).  He didn't have to.  There were diploma mills.  There were a few good schools.  But, there were a lot of mediocre schools and there were a lot of bad schools.
And people could get a medical degree just by paying enough money and so Flexner brought all of this together in the Flexner Report.  It was published by the foundation as a public service and everybody was very much concerned.  Something had to be done.  You see now, the problem was crystallized with foundation money.
The next step was to solve the problems.  Rockefeller and Carnegie then provided the money to solve the problem.  They offered tax-free grants.  Tremendous infusions of millions and millions of dollars to those selected medical schools that were cooperative and that were willing to go along with the recommendations made by Rockefeller and Carnegie.
The ones who weren't willing to submit themselves to the influence of the money didn't get any, and they fell by the wayside.  The ones who did go along got this money and were able to build big buildings to attract qualified teachers.  They were able to get the necessary equipment, and they became the large medical schools in America today, through Rockefeller and Carnegie money.

Now, there is an old saying that "he who pays the piper calls the tune."  And that is exactly what happened.  Gates and Flexner, and those whom they appointed, became Board members and consultants for all of these schools.  And you can be sure, ladies and gentlemen, that if you are on the Board of Trustees of the school and you are struggling for money and somebody comes to you and says here is 10 million dollars and then they say, however, or by the way, we would suggest that the next time you look for a president we suggest that you look at Mr. Smith, he's a fine, reputable man.
You will listen very carefully when they make that suggestion and Mr. Smith becomes the next president.
Mr. Smith listens very carefully when Mr. Gates, Mr. Rockefeller, or Mr. Carnegie say, "now, Mr. Smith, you need people on your teaching staff with these qualifications, and we suggest that you look at Dr. Jones, Dr. Radcliffe and so forth.  They all listen.  Money has a distinct sound.  It is the ruffling of thousand dollar bills.  Now there is no corruption there.  It is not necessary to set down and say we are going to control the school.  We want you to do what we tell you, it is all just very gentlemanly and done gently.  But it's done, nevertheless.  And so you can be sure that those schools that were willing to cooperate were the ones who got the money.  The record indeed shows that this is true.
Flexner was John D. Rockefeller's "stool pigeon" in setting up the takeover of the entire medical school industry by Carnegie Foundation, which was a Rockefeller Foundation subsidiary at that time.......When you say "Carnegie Foundation", you're talking about something that has no substance. It's entirely under the domination of the Rockefellers.
He (Abraham Flexner) did "The Flexner Report", and this changed the medical schools of the United States from homeopathic, naturopathic medicine, to allopathic medicine -- which was a German school of medicine which depended on the heavy use of drugs, radical surgery, and long hospital stays. That's what we've got today, allopathic medicine."
---Eustace Mullins.   [Interview 2003]  by Tom Valentine
------------
Related -  Watch Dr. Mike Yeadon demolish the scamdemic. He says a sinister agenda is afoot. We will regret it unless we cast off the tests, masks, vaccines and lockdowns NOW. They are useless and suicidal. Vaccine passports spell the end of freedom. The agenda is depopulation. Start defying the protocols, he says.
MUST WATCH and send to covidiots
First Comment from Al Thompson
I cannot recall in my lifetime that any doctor solved a medical problem.  My take on this is that the medical system is a form of mass murder by useless surgeries, radiation, morphine, and chemotherapy.  I've even had an MD tell me to never go into the hospital because "they will kill you."  For whatever reason, she just blurted it out.
The last time I was in the hospital, the MDs did stop the breathing problem but I had to figure out on my own to not have that same problem again.  And of course, I lost a friend to COPD and they gave him morphine when he wasn't in pain.  These doctors are evil to the core.  If you read the comments on my article "Murder by Morphine" you'll see that I'm not the only one who thinks that the MDs are nothing more than murderers for big pharma.
The whole purpose of the "new world order" psychos is to cull the population by any means.  It is too obvious to go house-to-house and shoot people, but if you can get them in the hospital, then they can murder the patient slowly, collect the money, and look like they are trying to help.

Comments for "Eustace Mullins - How the Rockefellers Bought Medical Education "

When I read this quote, I thought to myself what some comedian said years ago: Define the problem; Analyze the Problem; Develop Alternatives; Make the problem bigger.

“Flexner traveled all over the country and made a very scholarly analysis of how bad the level of medical education was in America and he was right.”

I don’t have a doctor now, except a chiropractor. I see a Nurse, Physician Assistant, today. Years ago, I was a bit miffed when I saw my surgeon made $5,000 per hour on my knee surgery. What can you do?

I see hospitals and the medical profession as wealth harvesters, especially with the elderly. Whatever they touch, it is costly. Like a one bedroom apartment titled Assisted Living at $5,500 USD per month. That’s about $5,000 in services then because the small room isn’t that much. Oh, is
that for one nurse covering 24 units???

This quote I expect you've seen before. It provides a broader historic perspective to the satanic impositions forced upon The Goyim, The Gentiles, The Human Cattle by international Jewry.
"A Rothschild Journal published in 1889 included a document dated January 13, 1489, from which I excerpt the following: â€œThe advice of the Grand Satraps and Rabbis is as follows: ... make your sons merchants that little by little they may despoil the Christians of their possessions. make your sons doctors and apothecaries that they may take away Christian lives. ... make your sons canons and clerics in order that they may destroy their churches. ... arrange that your sons become advocates and lawyers, and see that they mix themselves in the affairs of the State, in order that by putting Christians under your yoke, you may dominate the world.â€