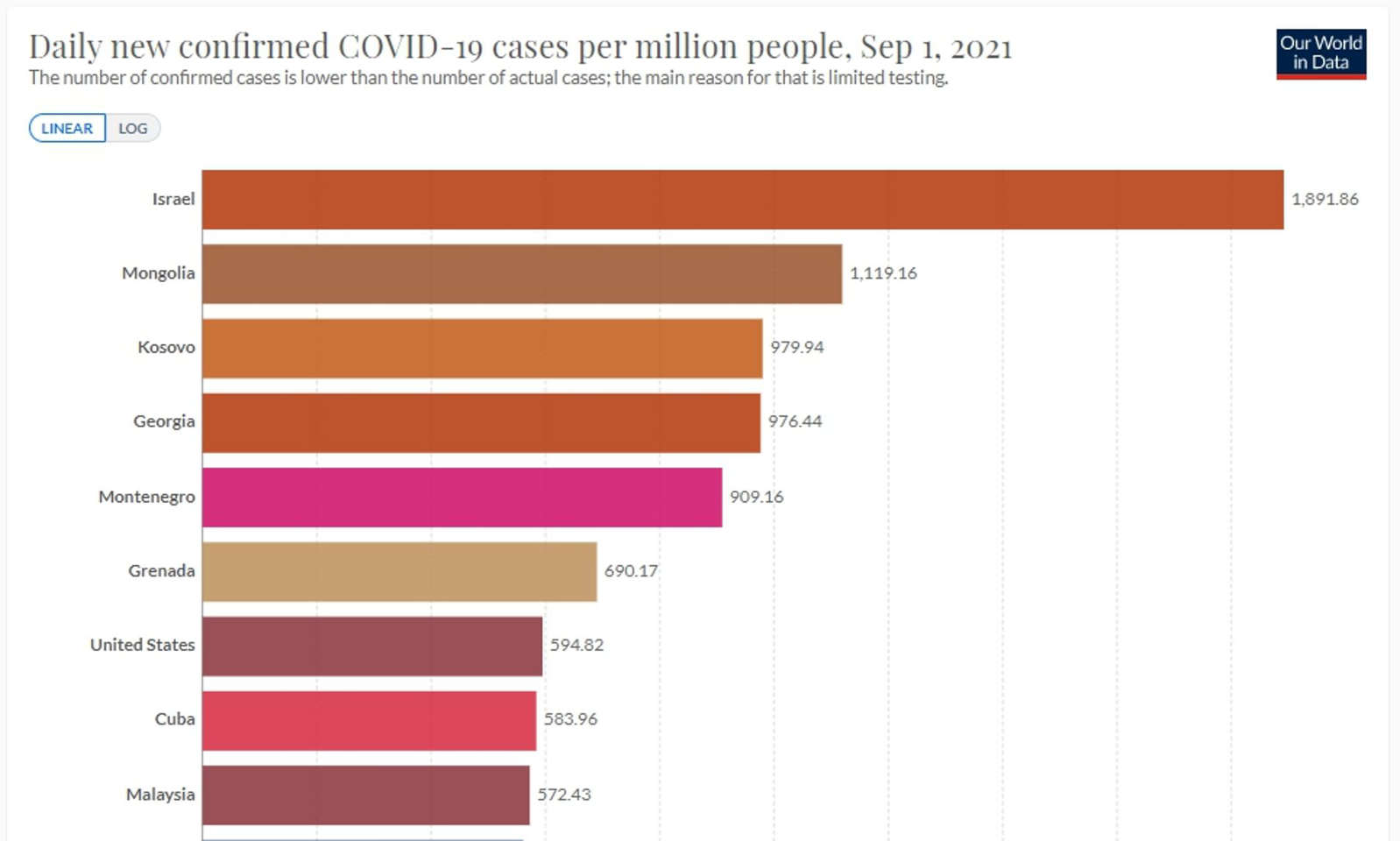 Israel has become the Covid capital of the world despite leading the charge on vaccines, in a clear warning sign to Britain, the US and other highly-immunized nations.
This surely has to be a warning for us all: "Israel's government has expanded availability of controversial Covid-19 vaccine booster shots to all inoculated residents 12 and older and decreed that those who decline the third jab will soon lose their "green pass" privileges."
Makow - A pandemic with a death-rate of less than 1/2 per cent is not a pandemic. A disease with no symptoms is not a disease. This scamdemic is designed to impose undemocratic social and political change. The WEF makes no secret of this. The vaccine is designed to either kill people or hook them up to some kind of cyber control system.
Latest!  Sweden Bans Travel from Israel, One of the Most Vaccinated Countries

By Andrew
(henrymakow.com)
"Israel Leads World in Record Daily Covid Cases As Endless Booster Shots Are Required for 6-Month Health Pass Renewal."
As ever with these types of stories, it begs the question 'what is a case? how is it defined?' and 'what is even Covid?'

Still, there is clearly a serious problem with endless mass injection of experimental gene therapies. The two media outlets cited below, RT and Times of Israel, doggedly resist making the connection.

The madness is now going even further with booster or 3rd shots given to those 12 and over! And if the 3rd shot is declined, the health pass is to be withdrawn after 6 months, making double-'vaccinated' people ineligible. So Israel is now moving to the Technocratic End Game of INJECTION EVERY 6 MONTHS with all the known health risks, as well as the toxins known to be in the shots.
This surely has to be a warning for us all: "Israel's government has expanded availability of controversial Covid-19 vaccine booster shots to all inoculated residents 12 and older and decreed that those who decline the third jab will soon lose their "green pass" privileges. The move, announced on Sunday, marked the fourth time this month that Israel has expanded eligibility for vaccine booster shots. Initially rolled out on August 1, the booster campaign was then limited to people 60 and older. The minimum age was dropped to 30 last week."
"The third complementary vaccine works,"  (ER: Really?) Prime Minister Naftali Bennett said on Sunday. "Two million Israelis have already been vaccinated [with a third dose]."

Israelis will be able to get a third dose of the Pfizer-BioNTech vaccine at least five months after they receive their second shot, the country's Health Ministry said. Apparently, the government envisions additional booster shots down the road. Effective from October 1, the "green pass"required for entry into some gatherings and public places will expire not only six months after the holder receives a second dose, but also six months after their third jab. 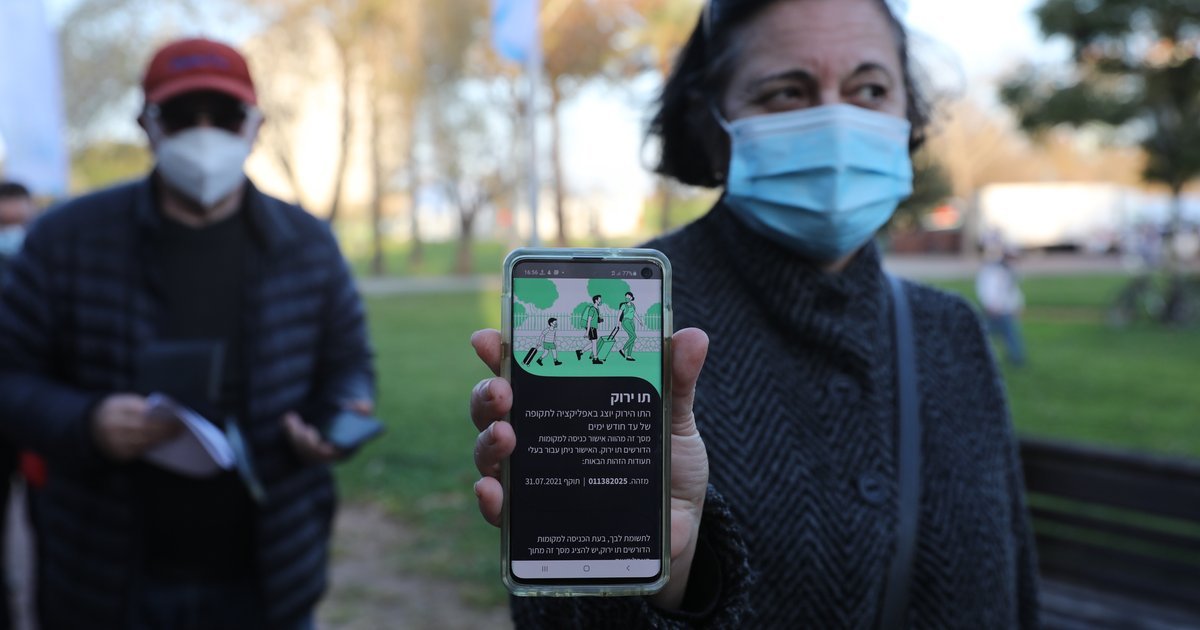 Critics of the vaccine-passport program have accused the country of having citizens "de-personed" if they don't get shots every six months, creating a "perpetual cycle of jabs." Essentially, Israel is judging people who haven't received a booster shot within six months after being fully inoculated to no longer be vaccinated.

Remember it was an Israeli study that showed that natural immunity was much more effective at viral prevention than vaccinated immunity. See 'This Ends The Debate' - Israeli Study Shows Natural Immunity 13x More Effective Than Vaccines At Stopping Delta.

This is sheer and utter insanity. As Mike Yeadon said in reference to mass vaccination of UK children starting September 6th (next Monday), it's murder.

Israel reports record daily Covid cases over 10,900 for 1st time since pandemic outbreak as schools set to open RT Israel has registered its highest daily tally of new Covid cases so far since the start of the pandemic, with the single-day caseload surpassing 10,900 for the first time just as schools are set to open their doors to students. On Tuesday, Israel registered 10,947 new Covid infections after 137,410 tests were taken over the previous 24 hours. It is the highest figure the Jewish state has seen since it registered some 10,100 cases in mid-January during the height of the country's third Covid wave.

The new record comes as Israel's youth are poised to return to educational institutions on Wednesday for the new academic year. According to local media, a third of those who tested positive were under the age of 11, while cases among 12-to-18 year-olds made up 15% of new infections. Just 4% of the latest cases were in the over-60 age group. 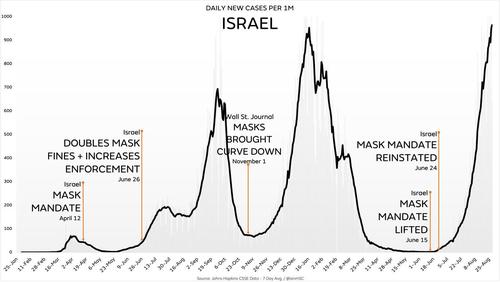 Israel's so-called 'Green pass', which requires citizens to prove either their viral or vaccination status for entry into public establishments, was extended on Monday to cover teachers, nurses, doctors and caregivers. Staff working in education must present a vaccination certificate, a negative PCR test taken within 72 hours, or proof that they have recently recovered from Covid.

Tel Aviv announced the roll out of a booster scheme to its most vulnerable population at the end of July and has since lowered the eligible age limit four times. The eligibility was expanded on Sunday to include Israelis aged 12 and over. Over 2.1 million people in Israel have received a third dose of Pfizer-BioNTech's Covid vaccine - almost a quarter of the eligible population. The percentage of the country's population that has received a first dose is just over 64%, while almost 59% are double-jabbed.