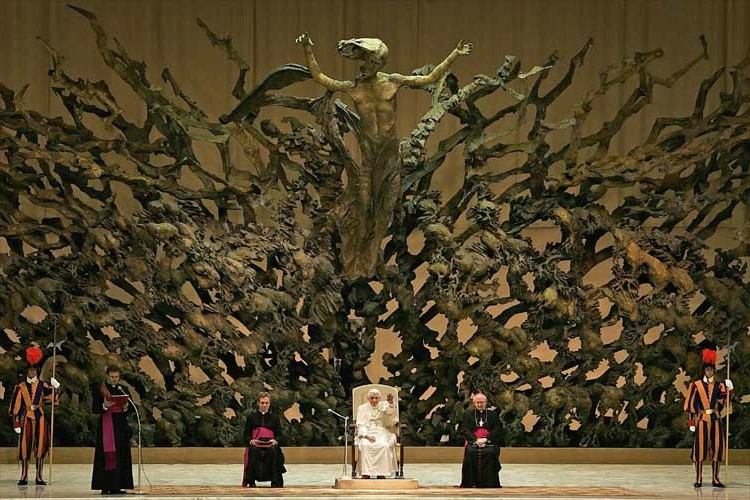 (No surprise that the Vatican has gone over to Satanism)
Matt 6 21 "For where your treasure is, there your heart will be also."
I am a great supporter of the
traditional Catholic church
but I was not aware
that the Vatican is second only
to the Rothschilds in worldly wealth.
This is the Catholic Church I know and love:
Pope Leo XIII (Pope 1878-1903)  on Freemasonry
Francis is a Freemason, a Satanist and an Imposter
The Vatican Billions

Pub. 1983
by Avro Manhatten
(henrymakow.com)
The Zionist Luciferian Jewish Rothschilds took over all the financial operations of the worldwide Catholic Church in 1823 and purchased Jerusalem in 1829.
Today the large banking and financial business of the Catholic Church is an extensive system interlocked with the Rothschilds and the rest of the International Banking system Rothschilds control in addition to their own fortune (estimated at over half of the wealth of the entire world.) The immense liquid resource of the Catholic Church is second only to the Rothschilds' in wealth and power.
"The Vatican has large investments with the Rothschilds of Britain, France and America, with the Hambros Bank, with the Credit Suisse in London and Zurich. In the United States it has large investments with the Morgan Bank, the Chase-Manhattan Bank, the First National Bank of New York, the Bankers Trust Company, and others. 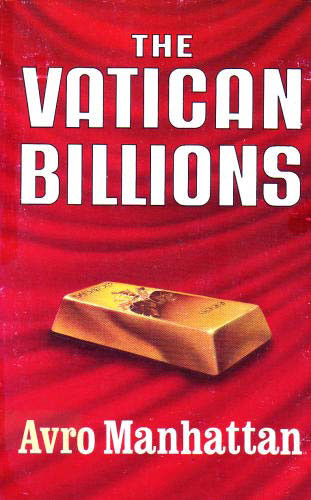 (online here)
"The Vatican has billions of shares in the most powerful international corporations such as Gulf Oil, Shell, General Motors, Bethlehem Steel, General Electric, International Business Machines, T.W.A., etc." (...)
"In a statement published in connection with a bond prospectus, the Boston archdiocese listed its assets at Six Hundred and Thirty-five Million ($635,891,004), which is 9.9 times its liabilities. This leaves a net worth of Five Hundred and Seventy-one million dollars ($571,704,953). It is not difficult to discover the truly astonishing wealth of the church, once we add the riches of the twenty-eight archdioceses and 122 dioceses of the U.S.A., some of which are even wealthier than that of Boston.
"Some idea of the real estate and other forms of wealth controlled by the Catholic church may be gathered by the remark of a member of the New York Catholic Conference, namely 'that his church probably ranks second only to the United States Government in total annual purchase.'
"Another statement, made by a nationally syndicated Catholic priest, perhaps is even more telling. 'The Catholic church,' he said, 'must be the biggest corporation in the United States. We have a branch office in every neighborhood. Our assets and real estate holdings must exceed those of Standard Oil, A.T.&T., and U.S. Steel combined. And our roster of dues-paying members must be second only to the tax rolls of the United States Government.'"
(...) "The Catholic church, once all her assets have been put together, is the most formidable stockbroker in the world. The Vatican, independently of each successive pope, has been increasingly orientated towards the U.S. The Wall Street Journal said that the Vatican's financial deals in the U.S. alone were so big that very often it sold or bought gold in lots of a million or more dollars at one time." (...)
"The Vatican's treasure of solid gold has been estimated by the United Nations World Magazine to amount to several billion dollars. A large bulk of this is stored in gold ingots with the U.S. Federal Reserve Bank, while banks in England and Switzerland hold the rest. "But this is just a small portion of the wealth of the Vatican, which in the U.S. alone, is greater than that of the five wealthiest giant corporations of the country. When to that is added all the real estate, property, stocks and shares abroad, then the staggering accumulation of the wealth of the Catholic church becomes so formidable as to defy any rational assessment."
Related   Manhatten- The Vatican in World Politics  /Anyone care to write a review for this site?

--Vatican - A revealing little review of their decline & new master, Lucifer.
https://www.youtube.com/watch?v=AHyY0PV2iVU&t=80s
Pope Paul VI, who built the hall pictured above,  was a known Crypto Jew, a homosexual and a Mason. 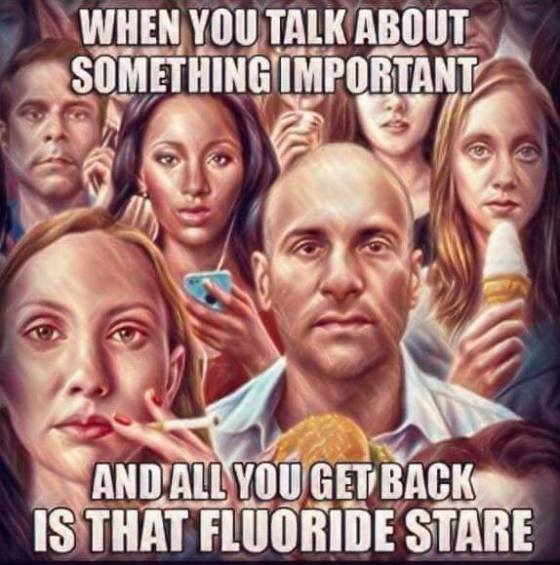 First Comment from RM-
People's inability to see - their REFUSAL to see - their state of being wilfully uninformed, if not downright ignorant - is astonishing. We have Catholic (Vatican II) churches looking just like Masonic temples, and a snake of an impostor as "pope" spewing gobbledygook and heresy from what is unmistakably built to resemble a serpent's head. And when I call Vatican II adherents on it, I get fluoride stares and fluoride silence.
Al Thompson wrote-
There hasn't been any legitimacy in the Catholic Church since the beginning.  I could be wrong but in looking at the results present in the current society.  Officially, the RC is a group of oath-takers who instigate the corruption by their evil deeds.
https://www.catholicculture.org/culture/library/view.cfm?recnum=5168
In the book, the Council of Trent 1545 which is one of the major foundations of Roman Catholicism, it states the following: "Wherefore, we urgently exhort and admonish in the Lord and also strictly command in virtue of holy obedience, and in virtue also of the oath which they have taken,...".  Oath taking is forbidden in the Bible and I think the act is the ticket to hell.  A lot of things would improve if everyone abandoned the oath and carried on with life.  Oath-taking is really asking for it.  Abandoning the oath would be a very easy thing to do and it wouldn't be cursing our lives.

The world governments are already operating a "new world order" from at least 1215 AD.  How I think it works is that because King John I abdicated Great Britain to the Pope at the time, the governments of the world operate on the system of suzerain.  Which means that the Great Britain can control their domestic issues themselves but the pope calls the shots regarding foreign policy.  It's been quite a few years since I studied all of this.  It is a feudal system with the pope as the overlord.  I believe that the Normandy invasion was called "Operation Overlord."  They are telling us how it works.

I grew up a catholic and went to their schools right up until the end of high school.  And I can confidently say that the church is a very bad cult.  When you see oath taking, it is a satanic cult.  The reason for that is that oath-taking by any man, woman, or child is the act of lying.  No one knows whether or not they can fulfill the oath as they can't predict them future at the time they are swearing an oath; thus it is a form of lying.
http://verydumbgovernment.blogspot.com/2010/03/swear-and-oath-tell-lie.html

I was raised as catholic and always thought it was weird, perverted and now satanic that the church shows Christ in defeat on the cross. I
think it is the worse representation of Christ, I always like when Christ was shown with children and saintly. What other religion does
that, not even satanism. It clearly shows the domination of evil in the church. Many good catholic people but the church elite are the devils spawn.

And the mass is definitely a black one using the crucifix and eating flesh and blood of Christ. Really weird again.

Ed Hendrie was born into Catholicism. graduated Notre Dame and a Jesuit law school. He exposes the truth about Catholicism in his brilliant books Antichrist: the Beast Revealed and Solving The Mystery of Babylon the Great. We can find no better nor more thorough exposition of the truth about historical Catholicism than through this man's brilliant books. His Murder, Rape and Torture in a Catholic Nunnery is more of the same kind of truthful exposition and rounds out this study, along with Rome's Responsibility For the Assassination of Lincoln. We all could do much worse than have these books under our belts.

His real name was Teofilo Lucifero Gardini, before he officially changed his name he sometimes used his brother's name; Angelo..
He hated the modus operandi of the unholy roman empire/ Italian fascism. His perception of the Vatican wealth is often correct. The logo of the FED ofcourse is a (vatican)phoenix same as on top of the flagpoles of the US flag. After the Oslo Accords East Jerusalem came under Vatican control.

The word “Vatican” literally means “Divining Serpent, worshippers of the serpent. When speaking in the Paul VI Audience Hall, the Pope is speaking from between the fangs, can't get much more in our face than THAT - eh? The "Jews" who work with the Vatican, are Papal court Jews like the House of Rothschild - not real Jews descended from the Hebrews/Israelites. The 13 Papal bloodlines created the Roman Catholic Church, and control the fake Jews too - both apparently work together controlling the world using Freemasonry, and other secret societies. As for who is the richest - I assume the Papal (satanic) bloodlines are, because have had a parasitic relationship with humanity for millennia, feeding on negative emotions created by satan's orchestrated evil. The Pope, Queen of England (and other Black Nobility), and House of Rothschild are all obscenely rich, but they aren't the top of the pyramid of power - somebody, or something created and control them, I believe it's satan.

Texe Marrs states the following in his foreword to Edward Hendrie's book on this subject: (snip) Edward Hendrie has been given a very special gift of discernment, and I believe his book provides evidence of this. For centuries the saints have sought to uncover the symbolical secrets of the Great Harlot and the Beast of Revelation. Who is Mystery Babylon? What is the meaning of the sinister symbols found in these passages? Which city is being described as the "great city" so full of sin and decadence, and who are its citizens? Why do the woman and beast of Revelation seek the destruction of the holy people, the saints and martyrs of Jesus? What does it all mean for you and me today? Solving the Mystery of Babylon the Great answers these questions and more.

This book helps illuminate the truth about how the Roman Catholic Church and Cabalistic-Zionist (satanic fake Jews) control the world, using Freemasonry, and other secret societies. This book helps explain it in detail. http://www.mysterybabylonthegreat.net

I highly doubt this, even considering the undermining of the Papacy and the Church in the years 1958-1965. It seems to me to be the old anti-Catholic bias on the part of some who would link the Church to the globalist cartel, without making the distinction between the true Church and the false "Babylon" which has grown out of the newchurch founded by antipopes Roncalli (John23) and Montini (Paul6) from 1958. Making this distinction just might save you.

Of course before 1958 the Church has had to deal with banks and other secular institutions to manage day-to-day operations. Then there are plenty of expenditures such as founding hospitals, schools, charities, etc. Running a clandestine world-wide money laundering scheme on their part is at the least, cynical, and more perjorative. And this 1823 financial operations takeover ... ??

No, the new Babylon church will get its wealth and power when the globalist cabal allies itself with the new, fallen Vatican (they don't know it yet, because their master has this double-cross planned for them, as part of his plan to lead the world to the antipope in opposition to the true religion, and to perdition [Apoc. 13: 8 and 17: 8]):

17:12. And the ten horns which thou sawest are ten kings, who have not
yet received a kingdom: but shall receive power as kings, one hour
after the beast.

17:13. These have one design: and their strength and power they shall
deliver to the beast.