Why are Hospitals Firing Staff During a Pandemic? 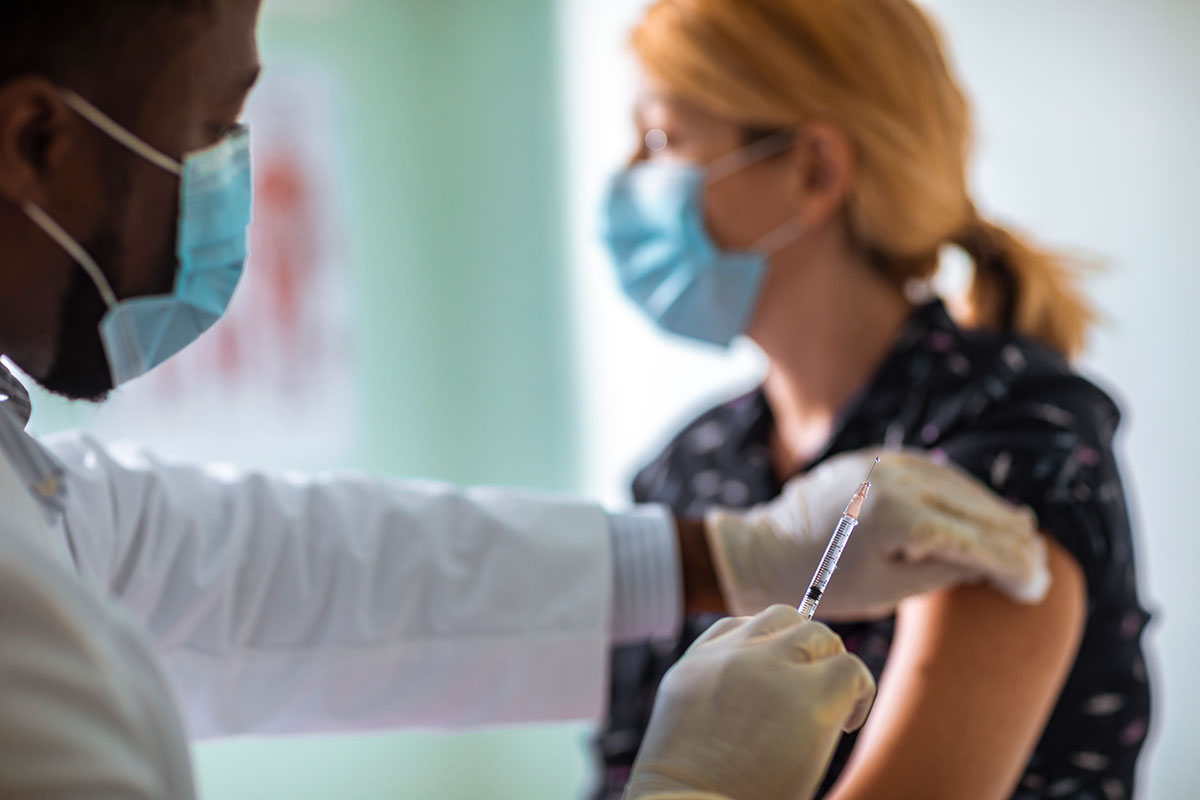 By firing health care workers for
refusing a covid vaccine,
globalist governments are
showing their hand. There is no
"health emergency."
Their first priority
is simply to make
everyone take the jab.
There will be one as flu season arrives
and the vaccinated
start filling hospital corridors.
Vaccine mandates in hospitals - gross incompetence or deliberately creating a crisis?
by CR
(henrymakow.com)
Across Canada, as well as in many states, healthcare workers are quitting, being fired, or being threatened with termination due to covid vaccine mandates.
Despite the fact that lockdowns were officially intended to to prevent hospitals from being overwhelmed, governments and hospitals have decided that further increasing the chronic shortage of healthcare workers is a good idea.
There is a massive backlog of surgeries and other procedures that were postponed due to lockdowns, on top of endless covid hospitalizations and many workers leaving the profession due to stress, burnout, and poor work conditions. Firing unvaccinated healthcare workers at a time like this doesn't make any sense unless there is a hidden agenda.
After the failure of vaccines to prevent new "variants," it was certain that we would have another wave of infections and hospitalizations.
However, across Canada the federal and provincial governments did nothing to increase hospital capacity.
Hospitals in Canada have been chronically understaffed and over capacity for years. The province of Ontario is the home of "hallway medicine", with patients being kept in hallways, offices, and storage rooms due to a lack of actual hospital rooms. It was already a disaster long before covid, with most hospitals over 100% capacity on a daily basis, but nothing was done about it due to a lack of funding. 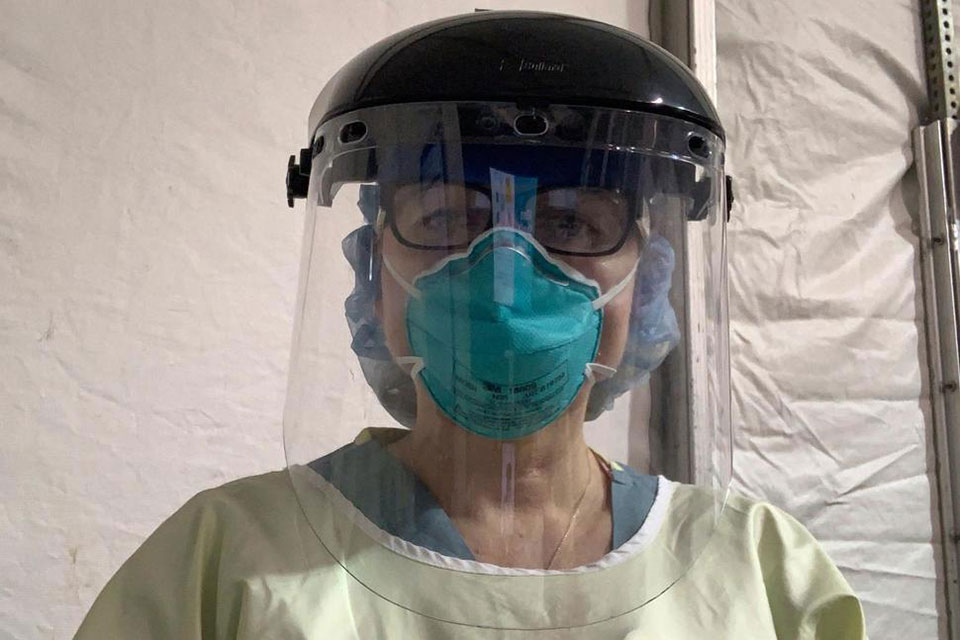 Our worthless PM Justin Trudeau has been running deficits in excess of $400 billion for 2020 and 2021 to provide financial support during lockdowns in addition to corporate bailouts, media subsidies (all Canadian mainstream media is in his pocket), and funding for special interest groups. He could have invested some of that money in fixing the healthcare system so there would be no need to ever lock down again, but common sense is a rare thing in Canada.
Just this week, hospitals in Kingston and Windsor, Ontario, both fired over 100 employees each.
The Quebec government is refusing to back down from firing unvaccinated healthcare workers, which total approximately 20,000 people.
No other employer would consider such a thing unless they are well equipped to compensate for the loss of thousands of workers, but that is not the case here: "Quebec is offering up to $18,000 in bonuses for full-time nurses to prevent more of them from quitting the province's struggling health-care system...  pandemic-induced stresses that have contributed to a shortage of 4,300 nurses in the province" https://nationalpost.com/news/canada/quebec-offers-bonuses-up-to-18000-to-keep-nurses-in- struggling-health-system
The shortage of 4,300 nurses doesn't include other healthcare workers, which are in equally short supply.
Alberta is threatening to fire around 30% of healthcare workers, and is currently in a state of emergency due to the number of covid hospitalizations and failure to expand hospital capacity.
It doesn't take a genius to figure out that this is not a recipe for success. One only needs to look to New York to see where this is heading. The Lewis County general hospital is "pausing" the delivery of babies after 30 employees quit over vaccine mandates.
The question here is whether government officials and hospital management are really so stupid and incompetent that they believe firing a large proportion of healthcare workers when they are already short-staffed will somehow improve overall public health outcomes.
I find this hard to believe, and the only logical alternative is that they are intentionally creating a crisis that will cause the already fragile healthcare system to collapse.
Perhaps they want to justify the unconstitutional vaccine passports. Maybe the unvaccinated will be denied medical treatment.
France has already banned the unvaccinated from hospitals for non- emergency treatment, it could happen here too. We have been living through a manufactured crisis since March 2020 and if this is allowed to continue it will only get worse. The worst part is that hardly anyone questions the obvious inconsistencies, as though they were under some kind of spell.
If we don't start speaking up and pressuring the government to change course then we are going to have a disaster this winter.
Hospitals are already full in Alberta and Saskatchewan, and it's only the first week of fall.
-----
Related - TN Nurse Explains Why She is Quitting
If your employer fires you because you won't get the COVID vaccine, don't expect to collect unemployment

NY Governor: foreign nationals could REPLACE unvaccinated NY medical workers
Makow comment- A hospital is the last place I would go if I were sick.
First Comment by Anonymous from Unz.com
I worked in hospitals for many years. I would rather die in the car park than enter any private hospital, and will be taken to a public hospital only if unconscious or bleeding out from trauma. After leaving the Emergency room, where care IS given, and falling into the clutches of the medical Mafias, you are in very great danger, particularly if you trust the system and its practitioners. The higher up the medical hierarchy, the more florid the psychopathy, greed and power lust.
Al Thompson wrote-
My take on this is that the medical profession is a Satanic cult and the purpose of "medical" care is to kill as many people as possible while looking as if they are there to help.  The purpose of satanism is to destroy mankind and everything that is good.  There is a reason why they put the symbol of the snake on their organization logos.  That's your warning as they have to disclose who they are. I suggest that the reader go on the reviews of popular websites such as Yelp.com; then go to hospitals, and then read the reviews. There you'll see mostly bad reviews.  The problem is that hospitals are being paid by the government and insurance companies.  There doesn't seem to be much quality control.

I was with a group of people talking about the hospital and one of them was an MD.  She looked up and said: "Don't go to the hospital; they will kill you."  See?  They are telling you who they are and what they are about.

A hospital is like going into hell.  I have another friend who has been in the hospital for over 30 days and he told me yesterday that all of the things I told him about the medical industry is much worse that what I described.  He's 81 years old and went in for what he thought was a heart problem.  He contracted Covid and now has pneumonia.  They've also put him on a morphine drip just like my other friend who died almost 2 years ago. https://verydumbgovernment.blogspot.com/2020/05/abomination-of-vaccinations-poisoned.html

Whether these hospitals are understaffed is not important in my opinion because they are corrupted businesses.  My guess is that more people will live because of this and I think a new medical system could arise that is much better than what we have now.

Comments for "Why are Hospitals Firing Staff During a Pandemic?"

I wonder what percentage of doctors are formal members of these suicidal death cults or is this internal peer pressure driving this agenda? This Kovid narrative is beyond plausibility for anyone having an IQ a few points above a bag of rocks. What is going on when there are medical professionals agreeing to take this vaccine? Are the ones that agree to take it on the "inside" and just get fake but legally real papers?

This manufactured crisis isn’t going to end well. I have had to write off (permanently) some friends and family that have been blinded by this psy-op, it is the only thing one can do in order to save their own sanity.

Some are wavering… I’ve done what I can to support them, but, on this issue, we ultimately will have to stand alone. There are worse things coming down the pipe.

A firm believer in scripture, there will be a test that will involve one’s personal survival. Now, whether or not the COVID hoax is that test, remains to be seen.

The “mark” that a fallen society has to receive before it’s fall could well involve a threat to remove all basic privileges and rights, (including the right to live) as this ‘pandemic’ has already provided in terms of the public vilification non-compliant’s have and are receiving.

Again… all I can offer, here, is support in that you are, in fact, right! I do not waver in any respect, despite the sorrow I witness with those that I thought were friends and loved ones, caving-in on almost a daily basis.

Keep the faith… society, as we have known it, will probably not survive this, but, the individual has hope in a government to come.

There is no responsible rationale as to why Covid Government who has illegally seized power is willing to let the hospitals in Canada crash. They want the entire population to take the jab and that's all there is to it. They have spent trillions of dollars worldwide on monetary stimulus and MSM media brainwashimg.

And, they are not ready to let truth, reason, or individual resistance get in the way of their master plan.

The Covid Government is going for broke on this one and that's exactly what will happen to them.

My friend, had a bad motorcycle accident last week and was recovering from broken bones at UCLA Ronald Regan Hospital. I went to pick him up and while I was waiting, I asked the security guard and check in attendant a few questions.

"Wow, its so packed is this normal? Is this the Covid Pandemic?”

The staff person told me that they have closed a number of hospitals, and so everyone is coming to this UCLA Ronald Regan Hospital.

Humm... wonder why they closed the other hospitals…. Is the medical staff refusing the jab? So now they are consolidating into one hospital for multiple counties?

The culling has only just begun, they do it because they can, control everything, do as you please.

Will never take the vaccination, will die before I am made to take it.

My only way of fighting back,