Is Chlorine Dioxide a Miracle Cure? 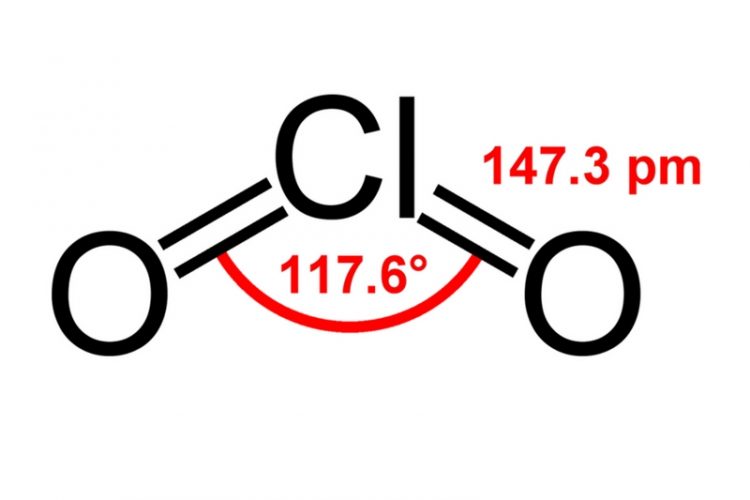 There is continued mounting evidence that Chlorine Dioxide
is likely the BEST antidote in existence to counter, mitigate,
and neutralize the poisons injected with the Coivd Death Jab
as well as CURE you - within 48 hours - of the symptoms that
physicians and hospitals are calling "Covid-19." (see videos below)

By Ken Adachi
(henrymakow.com)
I still find it hard to believe that so many people continue to take this genocidal Bio-weapon when there is such a MOUNTAIN of irrefutable evidence on the internet from scores of prestigious and honest professionals in medicine and science who are explaining - with microscopic photos, dark field live-blood analysis, Spectrophotometric analysis, etc. - WHY you should NEVER consider injecting these high tech poisons into your body.
However, there is ALSO good news for those who've already gotten the Jab -- IF they would but Listen & Learn and STOP turning to the Big Medicine Racketeers who care more about money & position than about YOU losing your life to that Death Jab.
There is continued mounting evidence that Chlorine Dioxide is likely the BEST antidote in existence to counter, mitigate, and neutralize the poisons injected with the Coivd Death Jab as well as CURE you - within 48 hours - of the symptoms that physicians and hospitals are calling "Covid-19." (see videos below)
I attempted to bring attention to this important information about Chlorine Dioxide on May 28, 2021 when Henry posted my comments in this article:
Ken Adachi: Home-Made Ways to Beat the Flu (aka Covid 19)
https://www.henrymakow.com/2021/05/k-a.html
However, a critic named "Gary W" decided to upload his exalted opinions on how "wrong" I was about the ability of Chlorine Dioxide to mitigate Covid poisons, including my recommendation to use an ultrasonic room humidifier to distribute a vapor of CDS in the air as a means of protecting oneself against the spike protein shedding phenomena among the non vaxxed.
Of course he presented ZERO evidence to buttress his Nay Saying, while the 5 minute Malaysian video link, which I included with my remarks, contained nothing BUT rock-solid scientific evidence and studies that PROVED the very things about Chlorine Dioxide that Gary W. was denying was possible. This guy COULDN'T be more uninformed of the amazing disinfectant attributes of Chlorine Dioxide.
I've included below many more video links which focus EXCLUSIVELY on the ability of Chlorine Dioxide to clear BOTH the infection and the injection of Covid-19.
If Chlorine Dioxide, using 18 activated drops of MMS, can completely CURE Malaria within TWO HOURS (see the videos below), then it can do MUCH more than an armchair naysayer like Gary W would be aware of.
Oct 21, 2021 (https://gab.com/KenAdachi/posts/107081198763669473)
Chlorine Dioxide (MMS & CDS)~The Universal Antidote to Covid Infections & Injections (A fantastic documentary on Chlorine Dioxide)
https://www.bitchute.com/video/uyX9I6MuAg8z/
Oct 10, 2021
Chlorine Dioxide
From Ken Adachi
I've been posting articles on my website since 2007 talking about the nearly MIRACULOUS ability of a simple oxidizing molecule called "Chlorine Dioxide" to destroy and disable just about EVERY pathogenic organism, parasite, bacteria, virus, fungus, mold, and toxin that is harmful to humans and animals; while at the SAME time is COMPLETELY harmless and benign towards normal tissue in both humans or animals. This SAME molecule is likely the BEST antidote in EXISTENCE to COMPLETELY cure the infection called Covid-19 (within 48 hours) AND to help mitigate and unwind the damage being inflicted upon millions of unsuspecting people who have taken the poison-laden Covid Death Jab. I have read and listened to HUNDREDS of testimonials and have heard FIRST hand from DOZENS of people who have followed a simple recommendation in taking CDS Water daily - on an hourly basis - and have achieved resolutions and cures that they did not think was POSSIBLE.
If everyone in the world had MMS and CDS Water in their homes, there would be NO NEED to visit a doctor or clinic or hospital (which today are the NEW Killing Fields of Eugenics, Inc.), because you could address just about EVERY health problem YOURSELF at home using this simple disinfectant molecule - which is completely harmless to humans and animals. No one has EVER died from taking MMS or CDS, despite unrelenting propaganda/smear campaigns by MSM and government liars to convince you that it's both DANGEROUS and a threat to your life - when NOTHING could be further from the truth. Learn about Chlorine Dioxide and start USING it and DISCOVER the TRUTH for yourself.
Chlorine Dioxide (CDS) ~ The Secret Weapon Against Viruses May 21, 2021
https://www.bitchute.com/video/CXwNs2VceRjo/
March 2013 ~ Mark Recovers from Malignant Melanoma Using MMS & CDS (Comprehensive Testimonial)
https://www.bitchute.com/video/qTdbYCqqZvV4/
Dec 10-14 2012~Red Cross Ran a Malaria Trial in Uganda That Cured All 154 Confirmed Cases of Malaria Using 18 drops of MMS & NOTHING else
https://www.bitchute.com/video/RqNswE7Ft1vS/
Follow-up Trial in Uganda in 2019 Confirmed That MMS Cures Malaria 100% of the time - and within TWO Hours
https://www.bitchute.com/video/62aTvBmy8Yyp/
Red Cross 4 Day Trial in Uganda in Dec. 2012 Proved Chlorine Dioxde Is a 100% Cure for Malaria
https://www.bitchute.com/video/ckaSyftPGJZF/
May 2020 ~Doctors in Ecuador Use CDS Water to Cure Over 100 Patients of Covid-19 within TWO Days
https://www.bitchute.com/video/mGi1JVx2c6ZZ/
Pavel Eiselt (Czech Republic) Demonstrates How to Make CDS Water with Air-blow Method (Nov. 2011)
https://www.bitchute.com/video/vVXoO0r2phIe/
I have more, but it's probably gotten too long already
----
First Comment from David T
Ken Adachi is absolutely correct about chlorine dioxide. It saved my life...quite literally and specifically, 12 years ago. Oral surgery went catastrophically wrong, in Puerto Vallarta, Mexico. I lay on my deathbed withering away for 28 days....dentist and oral surgeon said "Sorry. There is nothing we can do." I had at most a week left...a friend who was treating her multiple sclerosis with MMS/chlorine dioxide, heard of my plight,  brought me a mason jar of chlorine dioxide in solution, and another the next morning....and in TWO DAYS!!! the deadly infection was GONE!

I researched this miraculous product online, ordered a 110# drum of sodium chlorite (one of the essential components used to make Chlorine Dioxide)...then available from wholesale chemical suppliers for $265 Cdn, and the same amount of citric acid. Driving home promptly from PV, I picked up these products and 500 - 4 oz. PET dispensing bottles in Richmond BC. I took Jim Humble's course and became a minister in The Genesis Church of Health and Healing...returned home to help others.

Sadly Henry, though very successful immediately, one of your Tribe members, an elderly man whom I was treating for numerous debilitating afflictions, found it FAR more vital to subvert my activity, than effectively address his health problems. He called Health Canada telling them in detail what I was doing. Within 3 weeks of my returning to British Columbia the Government of Canada, via Health Canada declared MMS...then known as Miracle Mineral Solution,  illegal....and to my great surprise I was wakened early one morning with an arrogant, officious call in my remote wilderness cabin, from Health Canada, on not just an unlisted number, but on a phone not even registered in my name. (this is how I quickly found out it was yet another damned Jew who betrayed me, specifically this elderly fellow I was helping). I was told by Health Canada that it was none of my business how they got my telephone #, or how they discovered what I was doing helping people heal using chlorine dioxide. The threatening caller declared that I must cease and desist IMMEDIATELY or I would be pursued by the Government of Canada to the fullest extent of the law!

I called this elderly fellow...and he admitted to what I have just described of how I was subverted.

No doubt these governmental criminals and their Jewish/Masonic overseers were well aware of the COVID genocide program near on the horison, and they needed to dispose of this inexpensive, unpatentable product so vital to human health, which can easily and quickly treat the dreaded "Covid", and far more.

Of further note, it is now, in Canada, impossible for an individual to purchase sodium chlorite, essential to making chlorine dioxide, except for a phenomenal sum, on the "black market". This salt, long used to disinfect water systems, food processing plants, hospitals etc. was under $300 CDN for 110 #. twelve years ago, before criminal legislation, and last time I looked was $45 per # ....unless you were a municipality, commercial processor etc, and still able to purchase the product at previous industrial salt levels.

Sadly three Bishops of The Genesis Church of Health and Healing, significant participants in a global team who sought to make this miraculous product/process more accessible and available are currently in jail, in dismal conditions. Two in Miami, one in Columbia. For helping people be healthy.

As Christ stated, while being nailed to the cross 2,000 years ago, betrayed by Satan's Tribe, "Father forgive them for they know not what they do." This very same tribe proceeds now with global genocide, crucifying humanity, creating and imposing this Scamdemic, this Plandemic while simultaneously denying access to a simple, cheap, unpatentable solution, Miracle Mineral Solution.

Comments for "Is Chlorine Dioxide a Miracle Cure?"

My estimation of humans has fallen a long way in the last few years, Jews and goyim alike. There is no more excuse, IMO, for those accepting the clot-shot now. I just consider them trash, traitors, worse than worthless bollox, not even worth a bullet. Those I have personally warned have mostly pointedly ignored me. Humans are like cows - chimps at best - and just to effing dumb or whatever to wake up and resist tyranny properly. Still, some do wake up, for whatever reason I haven't quite totally figured out yet.