Secret Satanism is at the Heart of Illuminati 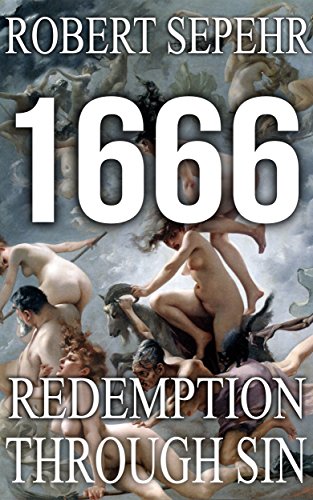 The Illuminati (Communists, Zionists, Freemasons) originated in the Sabbatean Frankist "heresy" in the 17th Century.
This 2015 book by Robert Sephehr confirms that the two most important features of the Illuminati are:
1) They conceal their Jewish identity by pretending to belong to other religious or national groups.
2. They are Satanists. i.e. they invert good and evil. Evil is good and vice versa.
Similarly, sickness is health (i.e. homosexuality), ugly is beautiful, lies are truth etc.
Thanks to this secretive cult, Western society is satanically possessed.
"Through a revolution of values, what was formerly sacred became profane and what was formerly profane had become sacred."
YouTube Introduction and 15 min summary here
Updated from 23 July 2018
1666-Redemption Through Sin
by Robert Sepehr
(excerpt by henrymakow.com)
The psychology of the radical Sabbateans was utterly paradoxical. Essentially, its guiding principle was: whoever is as he appears cannot be a true believer.
In practice, this meant that true faith (Satanism) could not be a faith which men publicly professed. On the contrary, the true faith must always be concealed. In fact, it was one's duty to deny it outwardly, for it was like a seed planted in the bed of the soul, and it could not grow unless it was first covered over.(8)
In the formulation of Cardozo: "It is ordained that the King Messiah don the garments of a Marrano (fake Christian) and so go unrecognized by his fellow Jews. In a word, it is ordained that he become a Marrano like me. For this reason, accordingly, every Jew is obliged to become a Marrano." (1)
This theme of a secret, hidden, or occult identity became part of this evolving religious philosophy.
In essence, a true act cannot be committed publicly, before the eyes of the world. Like the true faith, the true act was concealed, for only through concealment could it negate the falsehood of what is explicit. Through a revolution of values, what was formerly sacred became profane and what was formerly profane had become sacred. (1, 8)
Sabbatai Zevi is the most famous Jew to have become a Muslim convert, and that is what, in modern times, the term Sabbatean has come to denote.
Many within Zevi's inner circle followed him into Islam, including his wife Sarah and most of his closest relatives and friends. Nathan of Gaza, the proponent closest to Zevi, who had caused Zevi to reveal himself as the Messiah, and in turn became his prophet, never followed him into Islam but remained a Jew, albeit publicly excommunicated by his Jewish brethren. (11)
It is thought by some scholars that Zevi had deeper connections with the Bektashi Sufi order. Some similarities between the Sabbatean Donmeh and Bektashi practice include the deliberate violation of kashrut/halal, ritualistic group sex or wife swapping, ecstatic singing or chanting, mystical Kabbalah, and belief in an occult (hidden) reading of Torah/Quran. (5) 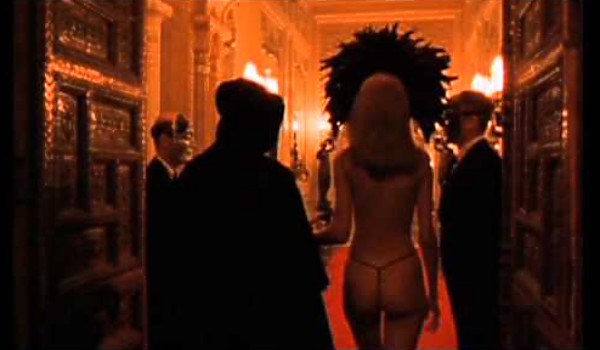 After Sabbatai's death in 1676, these sects flourished and continued to indulge in wife sharing, religious sex orgies, adultery and incest. [He forgot pedophilia.] The Sabbateans in Salonika, the Dolmeh, regularly held a celebration on the twenty-second day of the Hebrew month of Adar, known as the Festival of the Lamb. They kept the exact nature of this celebration a carefully guarded secret until some of the younger members were finally prevailed upon to reveal it. (36) According to their account, the festival included intoxication and an orgiastic rite called the extinguishing of the lights, which ended in total darkness, with the religious sexual sharing of daughters and wives.
From what we know of this rite, it probably came to Salonika from Izmir, for it borrowed both its name and its contents from the pagan cult of the Great Mother, which flourished in antiquity and continued to be practiced, after the general demise of the cult by a small sect of Light Extinguishers in Asia Minor under the cover of Islam.(1,27)
They said that the violation of the Torah had become its fulfillment, which they illustrated by the example of a grain of wheat that rots in the earth. In other words, just as a grain of wheat must rot in the earth before it can sprout, so the deeds of the believers must become truly rotten before they could germinate the redemption. This metaphor, which appears to have been extremely popular, conveyed the whole of sectarian Sabbatean psychology in a nutshell: in the period of transition, while the redemption was still in a state of concealment, the Torah in its explicit form must be denied, for only thus could it too become concealed and ultimately 'renewed'. (1,8,11)
APOSTASY?
Some historians maintain that many Sabbateans became followers of Hasidism, which unlike Zevi's movement, followed Halakha (Jewish law). There are well-known disputes between Rabbis accusing one another of being secret followers of Zevi, who had become much reviled in Orthodox Judaism, due to his apostasy. 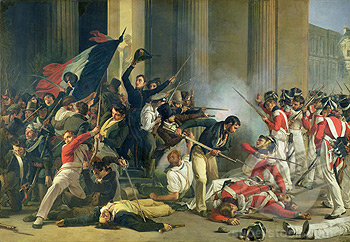 According to Gershom Scholem: Sabbateanism is the matrix of every significant movement to have emerged in the eighteenth and nineteenth century, from Hasidism, to Reform Judaism, to the earliest Masonic circles and revolutionary idealism. The Sabbatean believers felt that they were champions of a new world which was to be established by overthrowing the values of all positive religions. (1)
This insistence of the radicals on the potential holiness of sin, alienated and offended the average Jew, and caused even the believers themselves to undergo the severest of internal conflicts.(36) The Sabbateans attempted to justify it by citing, out of context, the Talmudic dictum: (Nazir 23b) transgression committed for its own sake is greater than a commandment not committed for its own sake.
The nihilistic tendencies of Sabbateanism, still relatively mild compared to what was to follow, reached a new peak in the 18th century with Sabbatai Zevi's infamous successor Jacob Frank, whose followers regularly sought redemption through infamous religious sex orgies on solstices and equinoxes.
---
Thanks for the tip, W!
Related - Makow- The Satanic Cult that Rules the World

Comments for "Secret Satanism is at the Heart of Illuminati"

The biggest secret in Freemasonry is that raping and murdering children will make you immortal (think of that every time you see a high ranking mason). If that were really true, that abomination Alistair Crowley would still be alive. Satan is a liar and his
opulent followers are his fools.

The sex is titillating. For most, the pedophilia is incomprehensible, thank God.

I believe that phrase explains a whole lot more than "Sin will bring the Messiah, and usher in Paradise on Earth".