Was she referring to the "Mark of the Beast" from the Book of Revelations?

What is the sinister hidden agenda behind the demand that everyone get the jab for a pandemic with a .15% death rate or lose their job and be excluded from society?

Does the vaccine kill the soul?   Does it contain a bar code?  Is it designed to maim and depopulate?  Time will reveal the truth.

On September 10, 2021, the White House streamed a press conference live on the Internet, featuring White House Press Secretary Jen Psaki.  Much of that Press Briefing dealt with the President's earlier announcement that he was going to mandate companies with 100 employees or more, require those employees to be vaccinated against COVID-19.

This mandate puts people in a position of either accepting experimental gene therapy into their bodies, or losing their livelihood.  It is coercion and extortion.

In the time since that announcement, more and more efforts have been put forth, both in the USA and overseas, to force people to get the COVID "jab."  In Canada, for instance, Quebec authorities not only demand healthcare workers get the jab, if they refuse they will not simply be fired from their jobs, their healthcare LICENSE WILL BE REVOKED so they cannot go to work somewhere else!

The reasons for many people to reject the jab are valid: It causes blood clots which beget strokes and heart attacks in many recipients.  Over 14,000 Americans have already died within just days of taking the jab.  Some die within minutes! 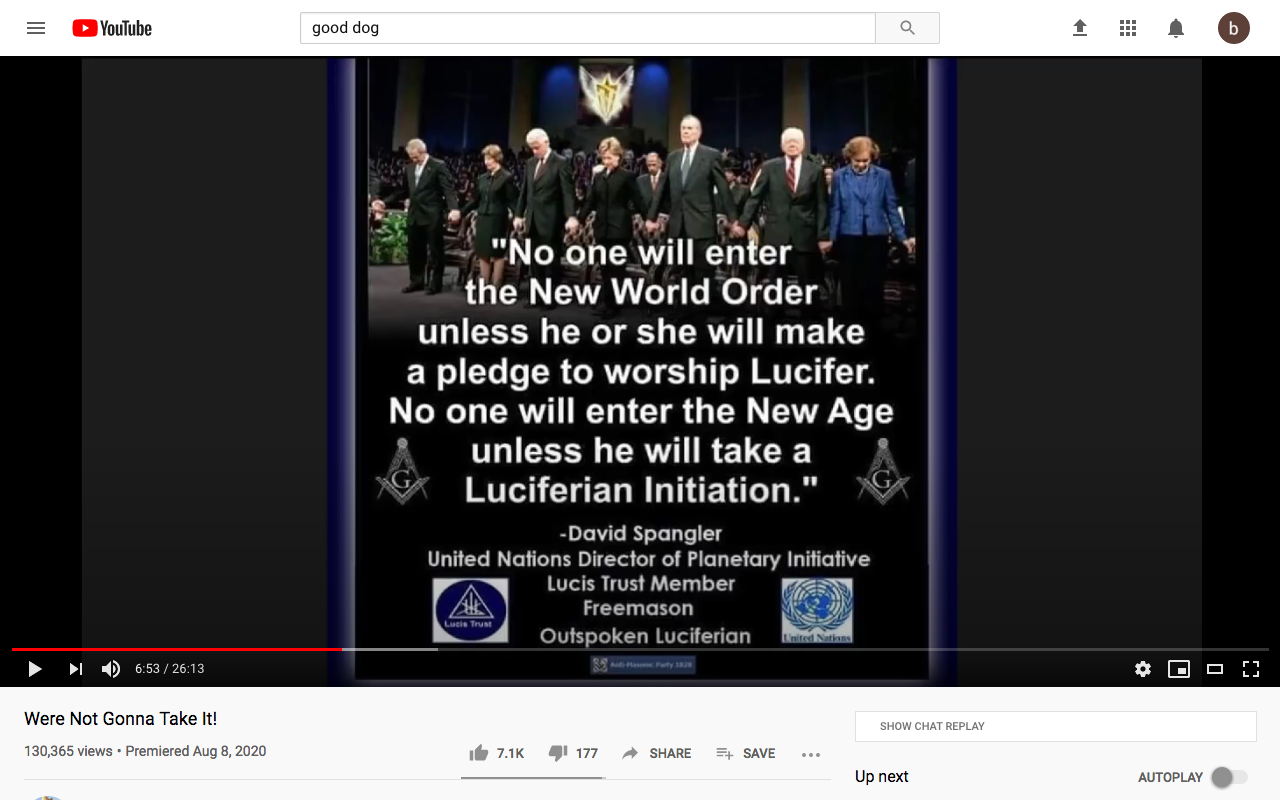 In younger people, the jab has caused myocarditis, which is swelling of the heart muscle . . . and pericarditis, swelling of the sack around the heart.  Statistically, young persons who suffer myocarditis have a twenty percent mortality rate within one year, and a fifty percent mortality rate within five years.  Put simply, half of them die.  Of about 9 million such young people who took the jab, 360,000 came down with myocarditis.  Statistically, half of them (180,000) will be DEAD within five years!

Yet the powers-that-be continue the push to give this jab to more and more people.

Early-on in this so-called COVID-19 Vaccine distribution, it became known that the so-called "vaccines" did not contain the typical contents of a typical vaccine.   Usually, a vaccine contains a small amount of the actual virus, either live or attenuated to make it weaker.  The COVID vaccines do not.   Usually vaccines will contain "recombinant DNA" versions of the virus, where real virus has its guts genetically replaced with yeast guts, so the outside of the virus retains its appearance, but the insides are harmless yeast.  THE COVID vaccines do not contain that either.

Most COVID vaccines contain messenger RNA, (mRNA) one of the most basic messengers of the DNA building blocks of the human body.  DNA tells RNA what to do; the RNA then tells all the cells in our body what to do. Strangely though, RNA has the ability to actually ALTER DNA through reverse transcriptase action.   Once DNA is changed, it can never -- N E V E R - be put back to its original form.  It is changed forever.

This fact has lead some people to ask, "If the mRNA changes our DNA, are we still even human anymore?"  Others have asked, since the US Supreme Court ruled that no one can Patent any natural substance, but CAN Patent altered substances, does allowing the mRNA alter our DNA make us the property of the company that altered our DNA?  Are WE a new product now?"

Finally some went so far as to ask, "Would our Creator, God, even recognize us as his own once our DNA gets altered?"  It was this question that many people found most troubling because Bible believing people have been warned for generations about "The mark of the Beast."

Without getting into the unending interpretations of the Bible passages, we simply present what the Bible says:

Revelation 13 --16 And he (Satan) causeth all, both small and great, rich and poor, free and bond, to receive a mark in their right hand, or in their foreheads:

17 And that no man might buy or sell, save he that had the mark, or the name of the beast, or the number of his name.


So the Bible points out that the people of the earth will be DECEIVED and will have to accept a mark in order to buy or to sell.

What does the world see actually taking place right now with the COVID jab?   We see people being told they cannot go out, cannot go into stores (buy or sell) without what?   The vaccine!

And what is one of the ingredients in the COVID vax?  "Luciferase" . . . the name of Lucifer!

Yet, while a myriad of people, even religious experts, have done all they know how to explain to people that the COVID vaccines are NOT the "mark of the beast"  White House Press Secretary Jen Psaki let slip otherwise.  During the September 10 press briefing, Psaki, from the podium in the White House Press Briefing room, responded to a Reporters question about Biden's mandate by saying the following:

"What you heard the President convey yesterday are the next steps he is taking, using every lever of government, to reduce, uh, sicknesses, to reduce hospitalizations, to protect marked people, and save more lives."   She actually said it, MARKED PEOPLE.
-----
Blocked by Twitter-- Doc "Kill Shot"
First Comment from WB-
I am writing to mention the article on your website titled: White House Refers to Vaccinated as "Marked People".

First off, I am a minister and I have years of Biblical studies under my belt so my perspective has some depth to it, however, my perspective is not the be all end all, and I am  not the resident expert on all things Biblical. The longer I live the more I realize the depth contained in God's Word leaves me speechless. I am 48 so not a spring chicken, and not a young idealistic kid or fundamentalist. Just putting that out there so you know I speak from a somewhat learned background.

This whole vaccination thing is extremely sinister and is obviously being carried out by luciferian scum. No doubt. But it is not the mark of the beast. How do I know? Read the context of Revelation 13.

11 Then I saw a second beast, coming out of the earth. It had two horns like a lamb, but it spoke like a dragon. 12 It exercised all the authority of the first beast on its behalf, and made the earth and its inhabitants worship the first beast, whose fatal wound had been healed. 13 And it performed great signs, even causing fire to come down from heaven to the earth in full view of the people. 14 Because of the signs it was given power to perform on behalf of the first beast, it deceived the inhabitants of the earth. It ordered them to set up an image in honor of the beast who was wounded by the sword and yet lived. 15 The second beast was given power to give breath to the image of the first beast, so that the image could speak and cause all who refused to worship the image to be killed. 16 It also forced all people, great and small, rich and poor, free and slave, to receive a mark on their right hands or on their foreheads, 17 so that they could not buy or sell unless they had the mark, which is the name of the beast or the number of its name.

There's a lot of things that have not happened that would indicate this is the mark of the beast. Nobody is forcing us to worship anything under penalty of death. The shot is a bio weapon designed to kill, maim, and dismantle western (Christian) nations. It is likely social conditioning to help society incrementally into accepting the mark of the beast, because it will arrive one day. For now, there are too many missing pieces from scripture that have not occurred yet.

Comments for "White House Refers to Vaccinated as "Marked People""

I hope this email finds you well - this youtube video below with 'CC' at 4minute point has it worded 'to protect 'more people' (instead of 'marked people'). Trying to cover it up.

God Bless and keep up the great work!

The reason the MSM is still pushing the vaccine is because the number of people who are willing to take their first jab has almost come to a complete stop. Also, a lot of the one time jabbers don't plan on taking anymore vaccine shots anytime soon.
The evidence that exposes Covid fraud has been treated much like the evidence of 911 that contradicts the manufactured narrative that has been given to the public. This evidence has been suppressed and ignored by the MSM and many of our governmental agencies because this is not about truth and justice anymore.
We lost the country we once knew on the day of 911 when our own air defense system was allegedly "out to lunch" that day while 2996 Americans in the World Trade Center lost their lives.
I don't know if the Covid Vaccine is the 'Mark of the Beast' that is mentioned in scripture or not. I think that might happen under the Anti Christ, but then again I don't know. Only the truly blessed can fully understand the Book of Revelation.

hey always give us a warning and they are disclosing who they are and they are completely evil. This was not a mistake or any miss-spoken words. It is a direct warning for anyone who listens to this nonsense. No one who is an oath taker has any authority over anyone. Government authority has no moral foundation if operating under oaths.

Just remember, when you sign up to vote, you are stating that you are a U.S. citizen which means that you are a 14th Amendment citizen. The 14th amendment was a fraud.

Psaki also referred to the pandemic as a "plandemic" in one of her other speeches, as if that is the word they commonly use in her circles. The speech continued as she didn't even skip a beat.