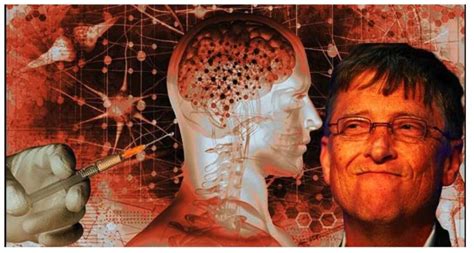 "The Covid vax is clearly a bio weapon of high magnitude and no one should take it."
I asked a friend who is a respected doctor about the covid vaccines- He replied
"As for vaccines, where to start?
There has been so much b.s. slung around in the past 30-plus-years.
I think Andrew Wakefield was correct.  He was struck off the British medical register for noticing a connection between vaxes, specifically the MMR (measles, mumps & rubella), and autism.
I think there is one, and that was verified, at least for young black males, by data revealed a few years ago that the CDC had been hiding for twenty years.
When I was in training in the 1980's, the rate of autism in the US was 1 in 10,000.  Now it is one in 59.
What is the most salient change underlying this startling epidemiological fact?  How about the fact that in 1986 the pediatric vax schedule had 12 inoculations with 25 (admitted) antigens, targeting 8 diseases, and now it is 54 inoculations with 70 antigens, targeting 16 diseases.  That alone boggles the mind.
The "adjuvants" like Squalene, Aluminum, Monkey Pox fragments, leukemia virus fragments, fetal cell fragments, and Mercury as a preservative (Thimerasol), make for a frightening toxic soup.
And the fact that now many of these shots are given at birth, when the baby cannot possibly mount an immune response due to a lack of the needed circulating antibodies IgM and IgA, (they have only mainly IgG at that point), rather than being given at 18 months, or no sooner than 15 months as most of them used to be, and you know there is bio-warfare afoot.
There is no doubt about it.   There is so much more that could be said, but clearly these shots are poison, and it is hard to imagine that they are not designed to do great harm, from long standing neurological damage to seeding people with various cancers.
Of course they need statutory civil immunity from such malfeasance!
But we can still try them for crimes against humanity under the Nuremburg code.  And if it were up to me, I would sentence the Covax makers and promoters all to public hanging.
The Covid vax is clearly a bio weapon of high magnitude and no one should take it.
Beside seeding humanity with a host of potential inflammatory cardiovascular and neurovascular illnesses by making them factories for the spike protein, there are the questions of potential graphene oxide or other metallic or nano components, hence the magnetic phenomena and the blue tooth signals.
The lipid liposomal nanospheres that deliver the mRNA have previously been shown, when used to deliver cancer chemo"therapies", actually to seed cancer cells throughout the body in some studies, increasing the risk of metastases.
So yeah, it is a horror show out there.
All this, together with the geopolitics of the Covax, certainly make it appear that the jab is indeed the "Mark of the Beast" made manifest.
No doubt, darkness is on the face of the earth, and it is spreading.
But so is the light of truth.  We must all keep our faiths, stay true to the good, and light at least one candle for each time that we curse the darkness.

Comments for ""Covid Vax is Clearly a Bio Weapon" "

Reading The Poisoned Needle by Eleanor McBean, PhD, ND has shown me that characters like Fauci and Gates are not new, they are just reincarnations of old vaccinators. This scam has been going on for centuries and every doctor that exposes it has been shunned from medicine or imprisoned. There is nothing new about this COVID scam. Everything is coming to light, just as the New Testament says. I remain optimistic, and hope that it ends Talmudic rule - when people wake up.

The problems start when you inject a protein directly into the bloodstream and bypass the digestive track as explained by McBean.

I think the problem starts with public education and television where people learn to trust the governments. Governments are a necessary evil, they are never to be trusted. If our governments are trustworthy, it's the first time in the history of mankind.

As some of us have been saying for many years, ALL vaccines are deadly poisons for the body. In animals too. Immune systems do not know what to do with things injected directly into the blood, immunity guards the natural entrances to the body.