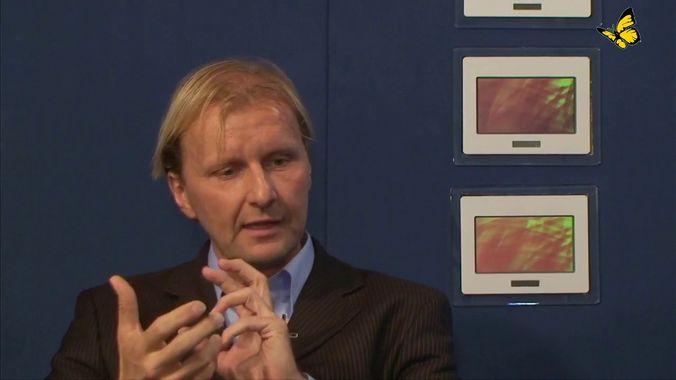 The details have not been confirmed yet
but it appears that Dr. Andreas Noack, left,
a vocal opponent of the "vaccines"
was murdered Saturday. From his wife's
description, it may have been a direct energy weapon.
A German research chemist, Noack said, "Graphene hydroxide was found in all the vaccines studied. Graphene oxide form structures in the blood stream approximately 50 nm wide and 0.1 nm thick. They are very thin but very strong. They act like little razor blades in the blood stream that can cut the blood vessels. They do not decompose. Once in the bloodstream they will be there forever (short of the person getting a blood transfusion to remove them). Their effect on the blood vessels is cumulative. The longer they stay in the bloodstream, the more damage will be done to the blood vessels over time."
German reader sent this summary-

(this means the video ended with "Fortsetzung folgt - to be continued"

It is Saturday, Nov. 27, 2021 [in Germany].
Tuesday, Nov. 23, 10 A.M., the video about Graphene Hydroxide was published. The video hit like a bomb. At the same time, Andreas had a Zoom call with someone (sorry, I didn't recognize the name). I operated the camera and followed the chats. The interview took about two hours. After this, we had some exchanges and told each other how much we loved each other and laughed. 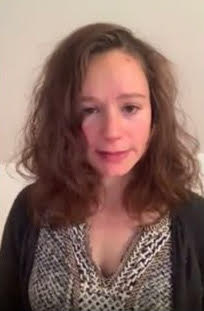 Shortly afterwards, Andreas was attacked brutally. The assault was extremely sneaky and unexpected. I have the terrible job to tell you that sadly, Andreas did not survive the assault. The news is extremely shocking for all of us. But Andreas is in me and I am a part of him. We are one.

All information is out there. We know everything we have to know. I need all of you now... It is now time for action. It is now time to believe. We have to implement his plan now. We have nothing more to lose. It is about all of humanity. He did it for you. He died for you. He was not afraid of death, he accepted the possibility. It's horrible that it had to happen this way. It wasn't the plan for him to leave us this quickly. As I said, assume the enemy's energy. We must use this energy now. Turn it against them. Use it for us. I need you guys now. I can't do it alone. Please get going.

I will tell you more details. Please don't panic.
[spoken in English:] "Together we stand, Divided we fall. Let's stand together as a team to maximize, see our voice"
--

Significant Quotes made by Dr. Noack
"Getting the Vax is like playing Russian Roulette. The people who die immediately or soon after getting the vax are like victims of Russian Roulette. It is when the graphene oxide hits the blood vessel wall immediately that causes the death or collapses immediately after getting the vax.
Doctors performing autopsies on victims of the Vax are not going to find anything. These doctors are looking for something biological as the cause of death but the graphene hydroxide is not biological so it will not be visible in their tests.
There are pictures of coagulated blood coming out of the nose. People bleed to death from the inside.
Especially the top athletes who are dropping dead have fast flowing blood. The faster the blood flows, the more damage the razors will do.
As a chemist, if you inject this into the blood then you are a murderer.
The question to ask the vaccine makers and the politicians is this: WHY ARE THESE RAZOR BLADES INSIDE THE VACCINES? How can they justify them being inside the vaccines?
And now they want to force vaccinate children from age 5 with this horrible thing!

Describing the Nano Graphene found by spectroscopy in the vaccines as Graphene Hydroxide rather than Graphene Oxide-it has actually been identified as reduced graphene oxide-Dr. Noack stresses that the monoatomic layers of carbon which it comprises can form chains 50 nanometers long and 0.1 nanometer thick and the jagged edges of this nano carbon layer can cut blood vessels like razor knives. The dangerous, jagged edges of graphene oxide found in the vaccines has previously been remarked as such by Dr. Campra's team and by Dr. Robert Young in analyzing the findings.

Stating that toxicologists do not yet have the tools to understand the phenomenon he says chemists are better equipped to understand the consequences and that what is happening essentially is that people are hemorrhaging on the inside and athletes dropping dead on the field because of the internal slicing of blood capillaries and hemorrhaging as well as blood clots that is occurring.

Of further alarm is his statement that the rGO is non-decomposing-it will remain in the bloodstream and cannot be removed except by blood transfusion which means its effects will inevitably occur over time if not immediately. The amount of rGO in the batch given to anyone lining up for the shot will determine the Russian roulette of whether death is instant or delayed. The question to ask Pfizer, he says, is why these carbon razor blades have been put in the vaccines.

(Nano graphene has actually been found in all 4 major vaccines: Pfizer, Moderna, Johnson & Johnson, and AstraZeneca.)

Many doctors and naturopaths have made different recommendations for removing the nano graphene oxide, many noted here. Dr. Young recently discussed detoxifying with French Montmorillonite clay, while Clean Slate from Root Brand has been found recently to remove graphene oxide from the blood of the vaccinated. Clean Slate can be found here at this link, which also supports the podcasts at Ramola D Reports.

Dr. Noack made these comments around the time Austria announced a vaccine mandate for all citizens on November 22, and said that Chancellor Alexander Schallenberg needed hundreds of thousands of letters from people informing him the rGO in the vaccines would act as razor knives and death machines, and that if Mr. Schallenberg went ahead with the mandates then he would be functioning as a mass murderer.

The information presented here suggests that all COVID vaccines be halted immediately, given their clear exposure now as killing machines. While mainstream media refuses to publish the facts of discovery of Nano Graphene Oxide in the vaccines, the multiple confirmations using electron microscopes, optical phase contrast microscopes, and energy spectroscopes by different teams of scientists reported here earlier and here and here, now makes it impossible for educated readers to question these findings as dubious. Ultimately, it will have to be informed readers and viewers to take resolute action such as writing informative and questioning letters and continuing mass rallies (which are already taking place worldwide) to stop governments from imposing mandates and encouraging vaccination with these deadly injections.

The situation in Austria seems quite dire since this chancellor seems to be planning vaccine mandates for five year olds and up as well.

"As a chemist I say these are razor blades. And I see how doctors do not know enough about chemistry. But they are doing chemistry in the body, in small children, in pregnant women. But now you doctors know what you are doing-and if you continue to inject, you are murderers. Go out, give this information to your doctors, your politicians-and if you continue, I promise no court in the world will save you." Dr. Andreas Noack

This video is a must-watch, regardless of all questions surrounding. Please explore further and post any further information in comments if you have any.

He's probably correct about at least some of it, and they killed him for it. Here is the most likely explanation (in my opinion) for what happened:

He was arrested while livestreaming a year ago. During this process, they bugged his house.

When they arrested him, they roofied him and/or anesthetised him, or otherwise made him forget a period of his arrest/captivity. They laproscopically inserted a stent-like device into his heart that was remotely detonatable. He didn't remember it happening.

They released him, actively monitored him, and when he said the wrong things, they detonated the stent, collapsing a key heart valve. This caused a fairly slow, irreversible death.

The rumors spiraling are that he was killed via remote targeting technology, microwave or otherwise. Or that it was a demonic/psychic attack. The above narrative, since we know he was arrested (for what?) and released shortly thereafter, is more likely.

He was probably warned while in custody that if he needed to stop. I wonder if he would have, had he known they were holding him hostage. My hunch is that he would not have. He appears to be a true hero, and since there is no such thing as mere coincidence, he is an important part of God's plan.

Bottom line: Dr Andreas Noack is an expert on graphene. He did his PhD on it. Then worked for the leading manufacturer of carbon nanoparticles.

That it is visible using a Micro Raman spectrometer.
https://en.wikipedia.org/wiki/Raman_spectroscopy
He says he knows the effect that GH has on the body.

GH acts like nano razors and destroys the vessels by lacerating them invisibly.

He says that the greater the blood flow, the greater the laceration (see athletes).
It is obviously not degradable and the toxicologists cannot detect it because they are not chemists and use petri dishes to detect germs or viruses.

He says that the mRNA problem is a detour. Because it is the GH the killer.

And he was probably murdered for revealing the horrible truth.

His widow who was pregnant testifies. He may have been murdered with directed energy weapon.
https://www.youtube.com/watch?v=TbmyGPPZIqY

I want to add this anagram that I found making a little mix : Delta (Illuminatti pyramid) + Omicron (inspired from the Eye)
DELTA + OMICRON = MEDIA CONTROL

Is Omicron is the last step to the NWO implementation ?
=> Are they ALL IN ?

There was a video recently by Luxemburg doctor Benoit Ochs talking about the very high D-dimer test results in vaccinated people, Dr. Charles Hoffe, Dr. Rochagne Kilian and many others also observed this in their vaccinated patients.