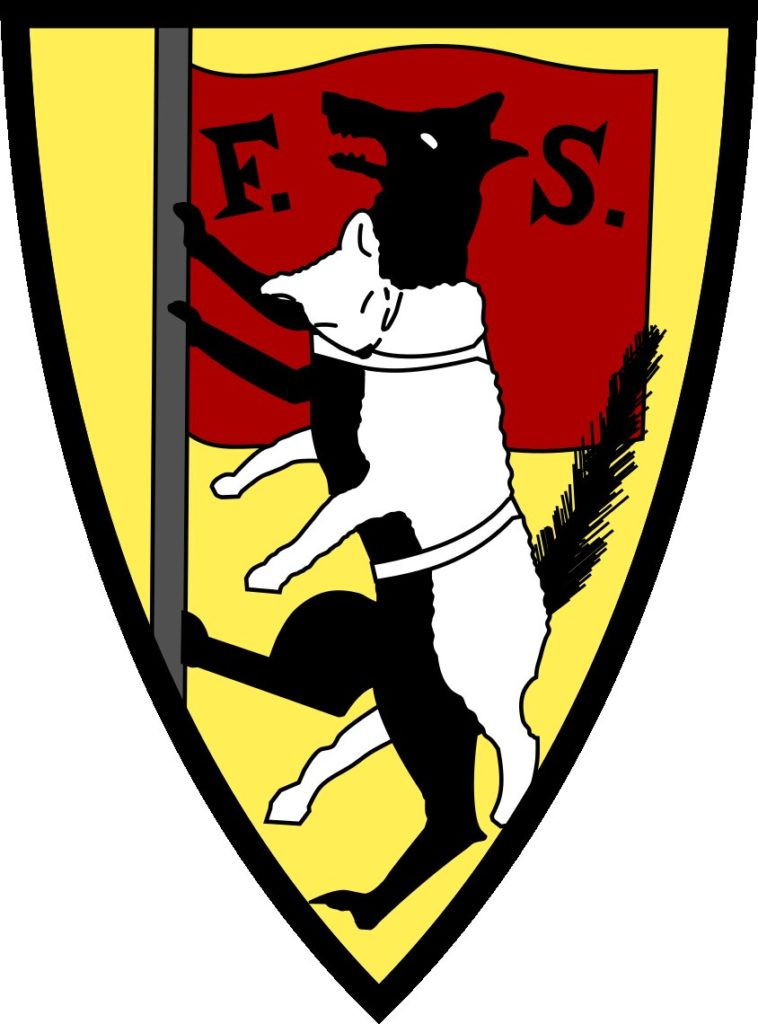 (Official Fabian emblem, a wolf in sheep's clothing.)
Founded in 1884, the Fabian society has been plotting world government tyranny
for 137 years. George Orwell and Aldous Huxley were members. Their dystopian
novels Brave New World (1932) and 1984 (1949) now seem like predictive programming.
By CR
(henrymakow.com)
In recent times, many people have been comparing current affairs to George Orwell's novel 1984 which depicts a dystopian society.  Orwell was not a visionary. He was a member of the Fabian Society which has been plotting a socialist world government for over a century.

A British organization closely aligned with the Labour party, their own website describes them as a socialist think-tank which believe "that radical long-term goals are best advanced through empirical, practical, gradual reform" - i.e the "boiling the frog" strategy.
Their logo is a wolf in sheep's clothes - a fitting analogy.
As for their political influence in the UK: "Every Labour prime minister has been a Fabian and today 100s of Labour politicians are members of the society, including Labour leader Keir Starmer MP and more than half his shadow cabinet, as well as senior figures in devolved and local government."
So the first conclusion to be drawn from this is that George Orwell was acting as a theorist for a radical socialist group when he envisioned the world described in 1984, but it goes further than just Orwell. 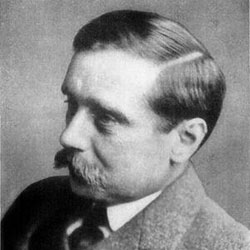 H.G. Wells (1866-1946) was also a Fabian and was the author of the 1940 book New World Order, a non-fiction work which outlines plans for a socialist one-world government.  In it, he describes a human rights declaration which served as the basis for the UN Universal Declaration of Human Rights.
He may have been one of the first people thinking about genetic modification and transhumanism. His 1896 book The Island of Dr. Moreau is about a mad scientist creating human-animal hybrids.
Wells also wrote War of the Worlds, describing an alien invasion.
H. G. Well's 'A Modern Utopia' (1905) describes a world ruled by a "World State" (global government) that "owns" the entirety of the planet. An order of "voluntary nobility" known as the Samurai rule the world to resolve the "problem of combining progress with political stability." Humanity is vegan, all genders are equal, human races are no longer recognized, automation renders physical labor near-obsolete, and currency is based on units of "energy."

Well's 'The Shape of Things to Come' (1933) speculates on future events up to the year 2106. He envisions a world left in ruins by a catastrophic global conflict, in which a self-appointed elite takes the reins to rebuild society -- and humanity itself -- via massive worldwide social engineering. They establish a World State that abolishes all religions, the need for physical labor, and social classes, reducing the entirety of humanity to "middle-class intellectuals." Eventually, the World State "withers away," Marxist-style.
USING MASS MEDIA TO CREATE PANIC
The Freemason Orson Welles (no relation) made an infamous radio broadcast based on War of the Worlds which was presented as a newscast and had the effect of causing mass panic among listeners, many of whom believed we really were under attack by Martians.
This incident looks more like a social experiment than anything.  This was a one-time broadcast back in 1938, people were terrified despite never seeing anything in real life to suggest that aliens were invading.  Wells, Welles, and others would have recognized the immense power that comes with media control.
Compare it to the non-stop covid fearmongering campaign we have been subjected to for nearly two years.
Nobody can personally verify that covid is real. Even the CDC says that PCR tests can't tell the difference between covid and the flu.
Now we are told it is a Chinese bioweapon - much scarier than the original bat virus story.
The vaccines are killing people and vaccinated people are dying from covid, but everyone needs to take the vaccine and can be banned from society and you might lose your job if you don't.
Replace Martians with a virus and imagine broadcasting it every day on every station, channel, and news site and you see how we got here.
THE HUXLEYS
The climate change/environmentalism scam, which may be the key to a socialist global government, and the transhumanist agenda also have roots in the Fabian Society.
Aldous Huxley (1894-1963) was also a Fabian.  He is best known for his book Brave New World, (1932) which describes a dystopian future where humans are biologically engineered. 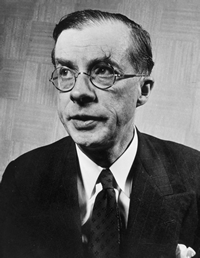 His brother Julian Huxley (1887-1975) was also a member of the Fabian Society. He was also president of the Eugenics Society, the first director of UNESCO, and is the one to have coined the term "transhumanism".
Julian Huxley called Karl Marx the "the true John the Baptist of Modern Social Science" and said that the USSR was "a scientific experiment and the only one ever yet carried out in such a field and on such a scale".
He was also the founder of IUCN, the UN-affiliated International Union for the Conservation of Nature.  This is one of the main organizations behind the Convention on Biological Diversity, which uses environmentalism as a smokescreen for its plans of transhumanism and genetic engineering as described in previous article. (insert link to biodiversity article)
None of this is a coincidence.

The connection to Freemasonry is confirmed by New Welcome Lodge  which was originally only open to members of the Labour party - most of whom are Fabians.

Just imagine how evil these people are. Not only are they planning to turn this world into a living hell, they write books and make movies about it and get rich selling them to the public.
Related-  Russ Winter- HG Wells- Illuminati Shill wrote the Script Unfolding Today
--
First Comment from JG
H.G. Wells also wrote the 'Time Machine' which is turning out to be right in line with the direction of today's world.

In his final destination with his time machine he visits a world where people don't work and are lounging around because everything is provided for them. They don't care to learn anything and have quit reading but can obtain knowledge through the high tech taking rings that tell them history.

The people in that civilization live in great fear of the morlochs who are in control of them and go into an obedient trance when the siren sounds to round them up to be taken to their slaughter.

H. G. once said that he stood behind his predictions and by the way the world is going today we, like the people of that civilization, have become obedient to a fault. We don't challenge things or care to research things enough to know when we're being lead to our own slaughter either. We go into our own politically correct trance and tell ourselves that what's happening is really not happening at all.

I'm surprised to have not seen the NEW logo of the Fabian society here too, which is easy to search for: it shows a turtle flexing its muscles while saying "when I strike, I strike hard".

It's easy to see that happening in the world in recent years. I've known about that logo for many years, since it was first changed from the wolf in sheeps clothing, so what's happening now doesn't surprise me, and I think you probably expected it too - eh?

As for George Orwell: my research led me to conclude that they tried to get him to join the Fabian Society, but he didn't agree. They told him much of their plans to try and get him onboard, but Orwell was a good man, and refused to join the cabal. That reminds me of Aaron Russo, who made "From Freedom to Fascism" - Rockefeller tried to get him to join the CFR by telling him their plans, but he refused to join, and instead told the world what Rockefeller had revealed to him.

Getting back to Orwell, this video of his deathbed warning is telling, at least I believe it is. He really did care about the future of humanity, and was NOT "one of them" as this article implies.

Look how Orwell deliberately ( you know) he must of read Disraeli' s book Conningsby, implied Jews in his stuff?

" Emmanuel Goldstein" the prototypical Jewish name, as the controlled opposition??

Big Brother was really not the Government but Talmudic Bankers, even as a kid in Catholic school reading " Animal Farm," the police dogs were metaphor for the Jewish Totaltarian Police State.

The pigs were the Tamudic Bankers, not like the nuns, told us, it meant Communism, I knew then, even as a kid it was wealthy Jewry.