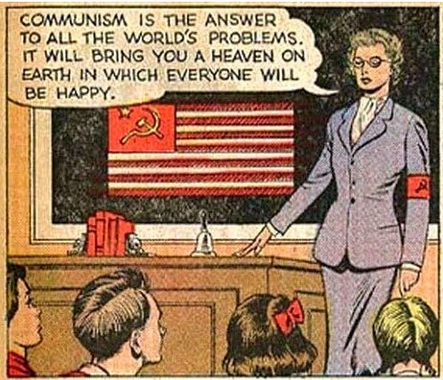 "Their structure will be hierarchic, with the Satanic caste at the top and outright slavery at the bottom, and the crushing out of liberty would exceed anything the world has yet seen. Within each state the necessary psychological atmosphere will be maintained by a complete severance from the outside world, and by a continuous phoney war against rival states. Civilizations of this type will remain stable for thousands of years. Have no fear!"
The Political Thoughts of (the Late) Petor Narsagonan (Fozdyke's Mentor)

"These paragraphs from the Confessions of Petor Narsagonan give insight into both the present and future. The battle is almost over. The sheeple lost." - Aloysius Fozdyke

Related - Australian Adept Unveiled World Satanic Control in 2004
From Aloysius Fozdyke-
(henrymakow.com)
Kissinger refined Hitler's 'Terror Technique' into the more subtle and powerful 'Tension Technique': building tension in society and then finding a scapegoat. Dark Path adepts do this in insignificant ways until they have the power and ability to move and direct people to more gross and hideous behaviours.

The fact is that Alpha Lodge politicians (or political advisors) appreciate that if they pretend to respect the rights of sheeple and fain interest in their concerns, even though most realize that this is a ruse, they will go along with the programmes and policies because it is the line of least resistance.
The democratic process allows them to express some of their frustrations, reduces the pain of their pent up depression and aggression while ensuring that nothing changes. You can see the same Representative Democracy political system everywhere it has been implemented.

Sheeple always use reason and logic to justify their whims, so the Alpha Lodge initiate is taught to speak in moderation while convincingly offering miracles.
It is only a matter of waiting for the media to generate the slogan that 'the government should do something' and the governments - everywhere and of all political persuasions - always will.

Politically, the libertarianism of Twain that permeated Satanism gave way to the realization that the sheeple do not want freedom. They are happy to build their own pens. Two thousand years of Christianity has left them domesticated, so Satanism began taking to itself right-wing positionings, farther and farther a field (sic). In any event, all bank vault doors swing open to the right! All the leaders are dictators and the sheeple eat from their hand - just the way they like to...Satanism now free of its earlier hallucinations fully accepts the pathetic nature of the human condition, wrapped as it is in the gaudy packages of superstition.
The people of the world are easy to manipulate. Homo sapiens are herd animals, after all! Its (sic) all colour and movement when it comes to the masses. Give them an election with no policy choices and for the most part they are happy. Allow their children no real prospect of success, inhibit their natural drives - particularly their sex drives; limit their options, coarsen their choices and society (such as it still is) quickly falls apart into pre-determined categories. No families, just weak individuals free to do as they are told. Satan is a wonderful 'systems man'!

Governments everywhere cater for those people who would rather live on their knees than die on their feet.
Politicians did not invent the human condition; they only take advantage of it. The Satanic aristocracy sees the masses as tools; means by which the ends envisioned may be achieved - individual suffering is irrelevant. The ends are all that matter; the means are chosen based on totally utilitarian and logical decisions. Corruption is endemic but accepted.
That Queen Elizabeth II is claiming ignorance of her own governments' laws while disdainfully hiding behind her advisors and masquerading her interests behind complex business structures apparently bothers no one. Although the secret 'selling off of the farm' in Australia was thorough it was not slow. People assist their governments to push them to the side of their own lives - Always have, always will!

But the average Homo normalis is beyond caring. Provided their bellies are full, their minds empty and their time consumed with frivolous entertainment, Satanists are free to triumph... television is almost irrelevant, public infrastructure is heritage protected and most are crushed by the foreboding knowledge that tomorrow is another day.

Turning against themselves they live alone and vicariously with others. They have allowed themselves to become prisoners in our mythological penitentiaries amid the bright-lights and dark corridors of their cheap and nasty psyches...Their politics rest on tribalism, their social systems resemble a clique of High School Prefects not an open system where a vote actually means something.
Next time you are standing in a queue imagine a world where the government operates everything; where Committee delegates organize everything; where the information is edited, cutting through the lines of least persistence and where equality of outcome ensures the finality of its long-term results. It's not that hard. We continue to organize it! What God can create - man can destroy!

Their structure will be hierarchic, with the Satanic caste at the top and outright slavery at the bottom, and the crushing out of liberty would exceed anything the world has yet seen. Within each state the necessary psychological atmosphere will be maintained by a complete severance from the outside world, and by a continuous phoney war against rival states. Civilizations of this type will remain stable for thousands of years. Have no fear!