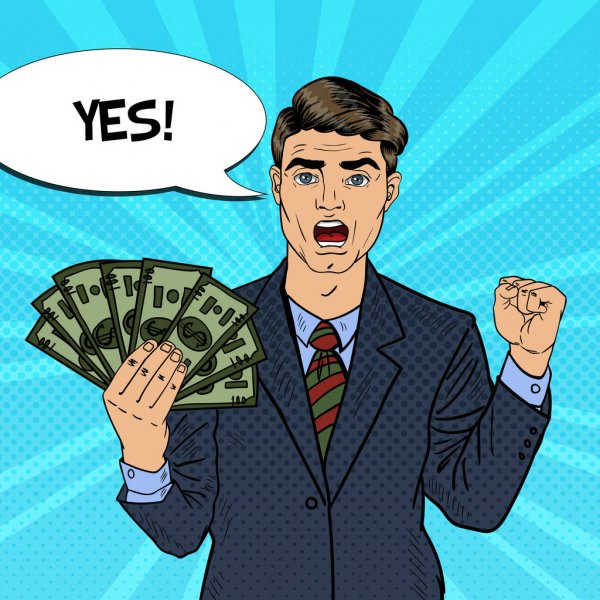 We Bartered Our Freedom for 30 Pieces of Silver
Many people are unaware that their human rights are being egregiously violated.
They can't function in society, feed their families or travel without a vax passport.
They and their children are being poisoned.
Why the docile response?
Everyone has been bought off.
The Rothschilds have anaesthetized them with a tsunami of cash.
This pandemic hoax was engineered by an orgy of spending.
The satanist central bankers have purloined our national credit cards and
use them to in-debt and poison us.
from Nov. 3, 2021
by Henry Makow PhD
The Rothschild central banking cartel bought this pandemic with a mountain of money created out of thin air and charged to future generations, if there are any.
Everyone involved in perpetrating this hoax has been bought and paid for.
Even billionaires got federal stimulus cheques.
Medicare pays US hospitals between $13,000 and $50,000 for a covid admission.
Another $39,000 if the patient is put on a ventilator and $13,000 after they kill him.
No wonder families are accusing hospitals of murdering their relatives.
Pfizer said Tuesday it expects to make up to $36 billion this year from its COVID-19 vaccine, which is now the highest-selling drug in the world.
The usual suspects own big pharma.
See also.
This is a repeat of 2007-8 credit crunch. They are robbing the US treasury again.
The US has spent $6 trillion on the covid response. But just so you don't notice, they bought the US mass media.  Bill gates spent $319 million ensuring their compliance.
They were also careful to spread this money around and create the biggest stock market bubble in history.
Then there are crypto currencies. One I never heard of has gone from $1000 to $3.5 million since March.

So while Mother Liberty is gang raped, millions of people are glued to their stock market and crypto accounts, thinking that a wad of digits will protect them from what is coming.
The $6 trillion the US spent on the covid hoax is the same as all the wars waged by the US since 9-11.
This is appropriate because, like 9-11, all these wars were also boondoggles designed to enrich the already filthy rich. 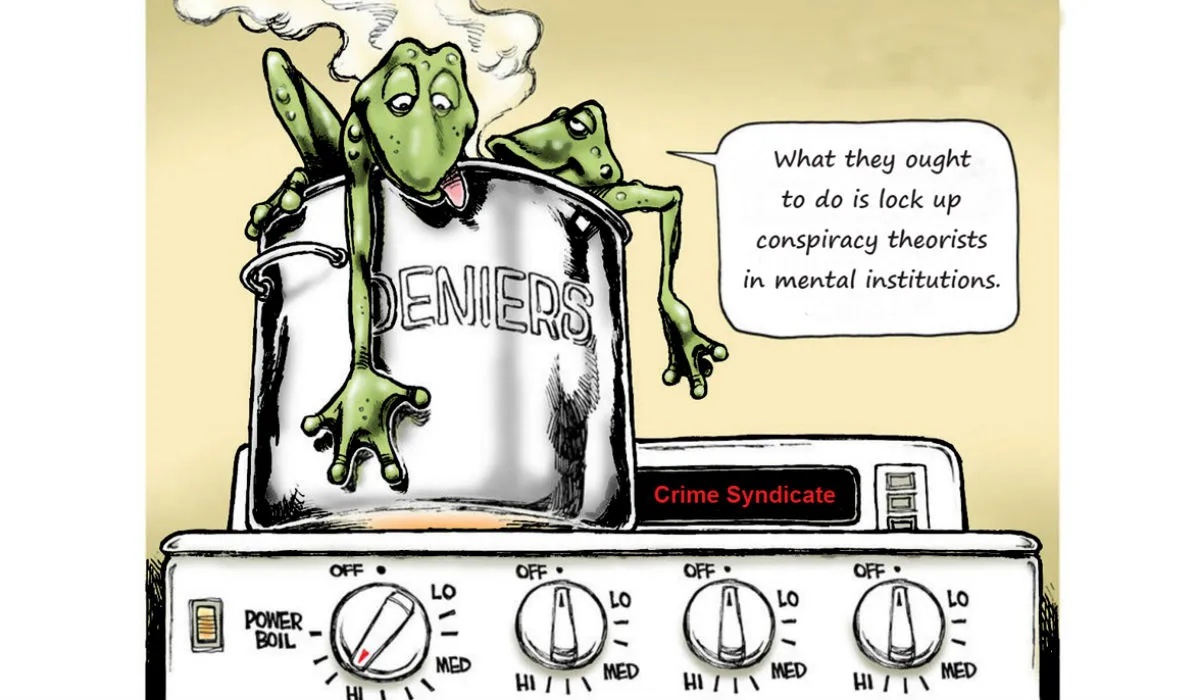 Their ultimate goal is to rob us and leave us to die in a ditch.
But it will happen so slowly, you won't notice.
Needless to say, some of this lucre has been used to bribe politicians. Politicians have resigned in disgrace in Australia and Austria.
In 2012, Pfizer admitted to bribery in six countries.   A leopard does not change its stripes.
The average American has been placated with relief cheques and other giveaways.  The measure included "a $1,400 check for many Americans and an extension of a $300 weekly unemployment aid supplement through August, as well as a generous one-year expansion of the child tax credit and hundreds of billions of dollars in funding for schools, state and local governments and vaccine distribution efforts."
Canada is a model of how the cash was spread around. Nearly nine million people, a third of all adults, got $2000 a month for doing nothing.
"The CBC News analysis has tracked $105.66 billion in federal payments to individuals; $118.37 billion that has gone to businesses, non-profits and charitable organizations; and a further $16.18 billion in transfers to provinces, territories, municipalities and government agencies.

The largest single expenditure thus far has been the $81.64 billion spent on the Canada emergency response benefit (CERB), the monthly $2,000 payments that were offered to Canadians who were unable to work during the pandemic, with 8.9 million people -- a third of all adults in the country -- having received them.

The direct payments to individuals, which also included $7.7 billion in enhancements to employment insurance, a $5.6-billion GST credit, almost $3 billion in emergency benefits for students, and $2 billion in bonus payouts to Old Age Security and guaranteed income supplement recipients, establish a new benchmark for government support. The $105.66 billion total between mid-March and November was almost $10 billion more than all major federal transfers to individuals, including children, for the entirety of fiscal 2018-19.
But the federal subsidies for businesses and other organizations have been even larger. Those supports include $49.27 billion sent to more than 352,000 enterprises to help defray payroll costs under the Canada emergency wage subsidy (CEWS). Another $31.55 billion of interest-free loans extended to almost 790,000 businesses under the Canada emergency business account. As well as $6.1 billion spent on personal protective equipment procurement under the Safe Restart Agreement, and $5.8 billion in support for banks and other lenders under the insured mortgage purchase program."
CONCLUSION
Covid is nothing but the flu re-branded. A pandemic with a death rate of.25% is not a pandemic. A sickness with no symptoms is not a sickness. Florida, Sweden and Norway which have opened up with no consequences have proven covid is a hoax.
But no wonder everyone played along with this charade. They were getting rich or being paid for doing nothing.
Businesses were dropping like flies but the owners were being compensated.
So there was no revolt as there should have been.
The prospect that they and their children may be injured or die is remote when you are given money for free.
The pain from loss of freedom and mandatory "vaccines" was salved by cash.
But eventually the anaesthetic drip will stop, and we will experience the torture that results from selling our soul.

Living according to your own senses and feelings is sensuality. Perhaps for many this stops with ice-cream indulgences or chain-smoking or CERB while for the elite sensuality involves killing babies once a week. But...it's still sensuality and laziness and when the collective mindset tips in that direction, everyone pays a price. Stopping fiat currency usage starts with ourselves, with self-discipline and making sure we are not dependent on that money.

A free-mason who had been a good friend once flippantly told me that political deficits "were none of my business". I never spoke to him again.

All these paid off greedy murderers have no clue that when the desired objective of the satanic agenda is reached and they are no longer needed, their digital millions will be instantly "disappeared," and they will be in the same boat as their victims.

Western civilization in today’s world is a very bad version of the Roman Empire. The governments of the world is run mostly by thugs. The foundation of most societies is built on lies and deceit and nothing good can come from it.
c
The morality of society is extremely important and the people have grown up not knowing the importance of proper ethics and morality. It is obvious to me that the forced vaccinations have shown just how evil the government can be. The Nazi style that the medical industry is using is outrageous. This is due to a lack of knowledge of the proper ethics and morality in government. In fact, I heard a judge in a courtroom said to a potential juror: “There is no moral component to this.”

Morality cannot be ignored and all of us can do much better. Do not comply with immoral mandates. Even the healthcare workers know something is very wrong. It is the correct moral judgments that will set us free. What’s nice about this is that being morally correct is something we can do for ourselves and we would all be a lot happier.

Corporations are more powerful than governments and banks are more powerful than corporations. We put the banks into that position with the income tax. The world has always been run by money but love (Christian law / Common law) has been the regulative principle that has prevented big money from violating basic right - ie collection of income tax. Courts are forgetting this basic principle as we slide down from juristic Christian law to statutory Talmudic law. No sane Jew should want this - to be governed overtly by a Jewish oligarchy. The common Jews and minions (secret societies) are merely means to an end and not an end themselves.

Re: "So while Mother Liberty is gang raped, millions of people are glued to their stock market and crypto accounts, thinking that a wad of digits will protect them from what is coming."

So true, Henry. And not just "digits" but the paper stuff, too. And coins. And even the once reliable gold and silver. I just don't think any of them will hold water when all hell breaks loose. And it's already starting to break.

I think about how they say "If your neighbor is starving, you ain't safe." Also true. But that may have led some short-term thinkers toward communism. They didn't think it through. Didn't accept history's cruel lessons. Thought the pie would be evenly divided. Never noticed it was baked by the oppressor who really owns the whole pie and only gives out crumbs.

So we're back here at that junction we've arrived at so many times at your site: It's a frikkin' SPIRITUAL PROBLEM, and until integrity and compassion are at the helm, we're doomed.

Freedom is on the chopping block and so are people. Is there ANYTHING more spiritual to do than fight against the captors? All else is just passing time, no?