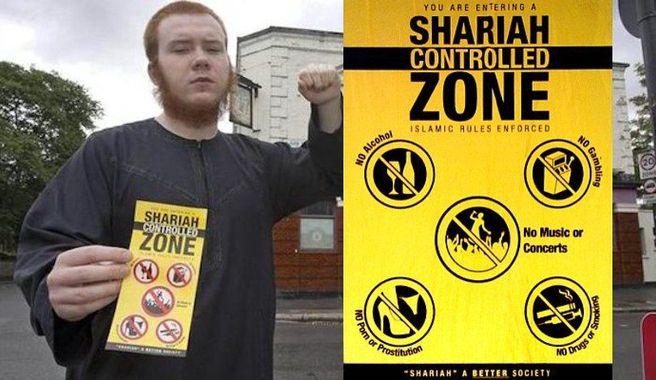 The recent announcement that Austria will be making the deadly covid-19 vaccines mandatory may provoke terrorist attacks by Muslim extremists.
There are about 380,000 Muslims living in Austria, a country of nine million.
by CR
(henrymakow.com)
Vaccines are forbidden in sharia law.  One of the first things the Taliban did after being returned to power by the Biden administration was to ban covid vaccines.
UN vaccination workers are killed regularly in countries like Somalia, Syria, and Pakistan.
Some Islamic extremists are more than glad to kill people over an offensive cartoon as has happened in France.
How do you think they will feel about them and their children being forcibly injected with a substance condemned by their religion?

According to an Austrian intelligence report, Islamic terrorism is the country's number one security issue. 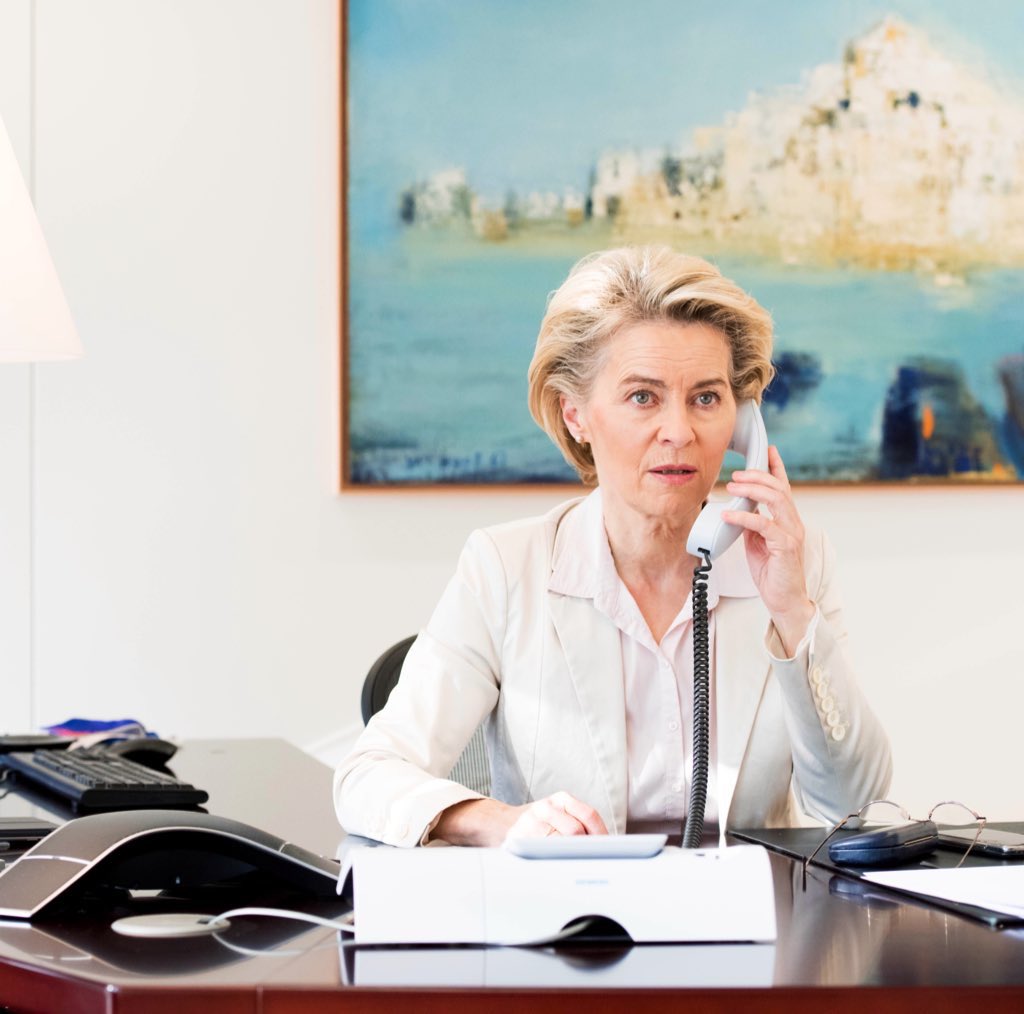 ("I spoke to Sebastian Kurz & offered my deepest condolences to the Austrian people following the Vienna attack by "Islamic State" terrorists. I condemn this despicable attack in the strongest terms possible." - Ursula von der Leyen, EU Commissar)
Last November on the evening before a lockdown, a convicted ISIS terrorist armed with an automatic rifle and handgun killed four people in Vienna. Hamas and the Islamic Brotherhood are also active in Austria.
While forced vaccinations are likely to provoke jihadists in Austria to commit terrorist attacks, there is the potential that this could spark a wave of violence that will spread to neighbouring Germany and nearby France, as well as other parts of Europe.
Germany has been following Austria's example of locking down unvaccinated people and it is possible they will also make the vaccine mandatory.  Germany is a larger country with five million Muslims and even longer history of Islamic terrorism.
Earlier this month an Islamic terrorist stabbed four people on a train and another ISIS member was charged for plotting a bombing.
Members of the French military recently voiced concerns about the potential for a civil war due to the large number of Islamic extremists who control numerous communities across the country.
France was wise enough to decide against mandatory vaccination but was already the scene of the Bataclan massacre and the Charlie Hebdo attack.  Automatic weapons and explosives were used in these attacks.  These people are well armed, and I'm sure they aren't fans of the vaccine passport.

Some might look at this and think it's not so bad, let the jihadists fight against the vaccination agenda for us.
However, the danger is that other groups opposed to covid vaccines - Christians, right wingers, black people, and anyone else who values freedom and bodily autonomy - will all be lumped in together and persecuted as anti-vaxxer terrorists.
Not only that, but it could start a civil war in Europe.  You can be sure the counterterrorism and intelligence agencies are well aware of these threats, so the logical conclusion is that this will be used to further the objectives of the globalist agenda. 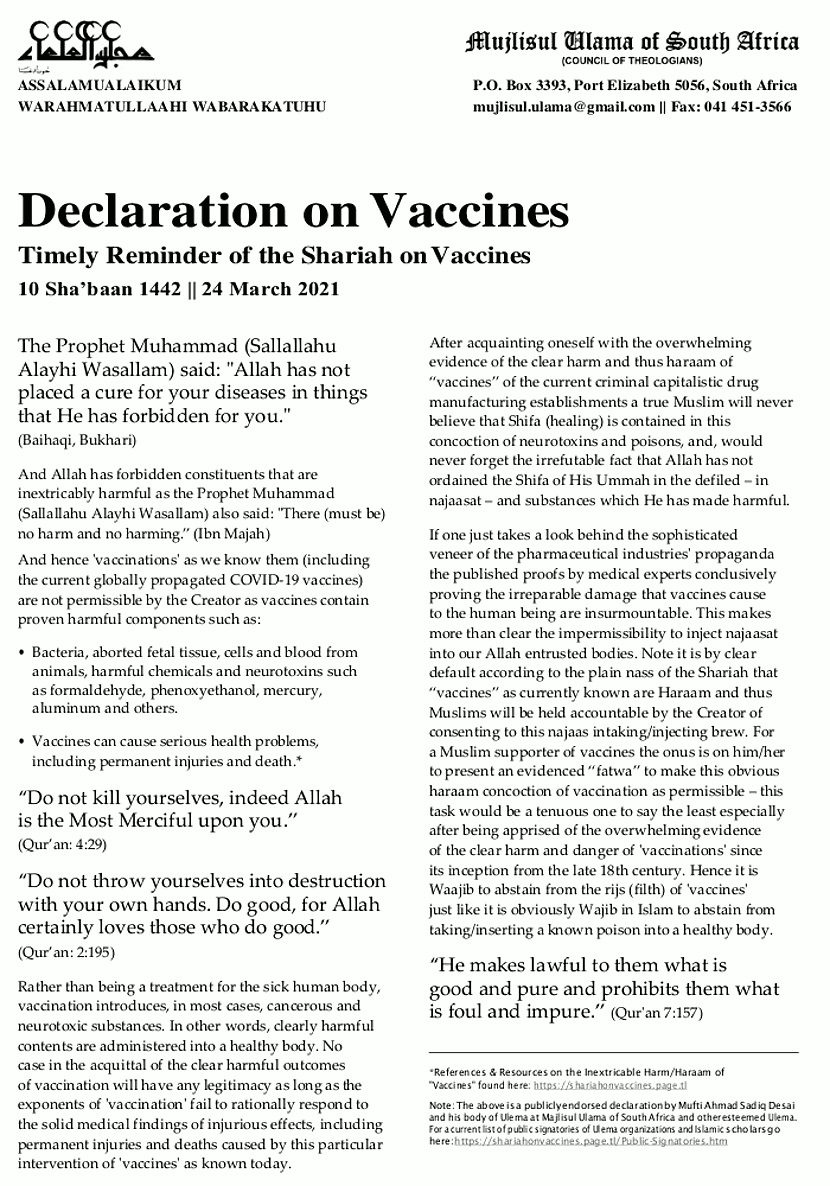 Comments for " Mandatory Vax Could Ignite Islamic Terror in Europe"

I am reserving judgment where the claims made in this article are concerned.

Many ordinary Muslims in the West have had the vaccine, so the claim seems a bit overly broad to me. However, it is a distinct possibility that the emerging Medico-Stalinist state is hoping that the likes of ISIS or al-Qaeda will do such horrific things as a result of mandatory vaccinations, as it would serve the purpose of lumping in anti-vaxxers with terrorist scum. Who in their right mind would want to be lumped in with the likes of ISIS/al-Qaeda?!

I think CR is a zionist, trying to blame, as they ever do, the terrorist attack they do themselves on muslims. Always pushing the muslim genocide in Europe, as if it could give them the victory in middle east.

As a muslim I am clearly anti-vax because Allah created mankind perfectly adapted to earth, we don't need big pharma's horror potion inside our bodies. But no muslims would do terrorist attack about that, we would just defend our family and children if they want to force the vaccine on us, like everybody should act.

Terror attack are not done by muslims. Every terrorist attack, if you search for clues lead to Israel or their freemasons puppets. Each one. No muslim country or community has ever benefit from any terrorist attack done on western countries or elsewhere.

Israel's ennemy n°1 is Islam (jealousy because they are not anymore the chosen people and synagogue of Satan can't stand the divine truth) so they make muslims look like violent terrorist with false flag attacks and follow it with the zionist jews propaganda on their media to push western people against muslims.

9/11 -> israelis dancers caught by FBI, and israelis "artists" inside the WTC for months inspecting columns (and planting bombs). No planes, they were added live (blurry and nose going through building) then "amateur videos came out with clearer CGI planes"

7/7 in London : A simulation of terrorist attacks of large scale in London public transport happens to be real and they charged some guys who won a free travel ticket taking the subway as the "muslim terrorists". No comment

Train bombing in Spain : Bomb exploded viciously to kill more people, the cops after that noticed that there is no bomb left but hours after the terrorist attack they found a bag that couldn't have been there because they inspected the area. In it a non detonated bomb with a sim card that has been bought in a arab phone seller.

The guy was arrested and a whole documentary about him was made to denounce the injustice.

Charlie Hebdo in Paris : The video show cinema's mark on the ground for actors to know where they should be. A fake cop feign to be killed with fake bullet hitting 2 meters behind him. Terrorists do the shahada with the left hand (the dirty one) and it's white people under the ski mask (While they accused two brothers with brown skin). Of course police said they killed them. No trial.

Hypercasher in France : A guy presented as the terrorist came out of the store with handcuffs and is shot by police.

15 November in Paris : The french prime minister told someone the morning of the attack that he feared a terrorist attack doing 130 death and jews were warned to not go out this friday night. Does he have psychic power or knowledge about the attack. I let you guess.

They try to light the fire of war again, and again Allah will estinguish them and their allies.

I know CR personally and he is no Zionist