Rosanna Arquette retweeted-
Mia Farrow
"This is our worst nightmare" 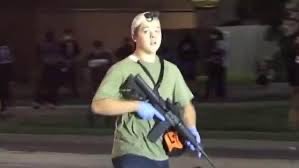 Kyle Rittenhouse is an American hero for defending himself
against three Jewish rioters, pedophiles and felons.
Libtards are proving they are certifiably insane.
What these Satanists wanted to do to Kyle,
they want to do to you
by Mike Stone
(henrymakow.com)
Sally Field once famously declared, "You like me, right now, you like me!"
Peaceful, law-abiding Americans, seeing the unhinged reactions to the acquittal of Kyle Rittenhouse, could just as easily say, "You hate me, right now, you hate me!" 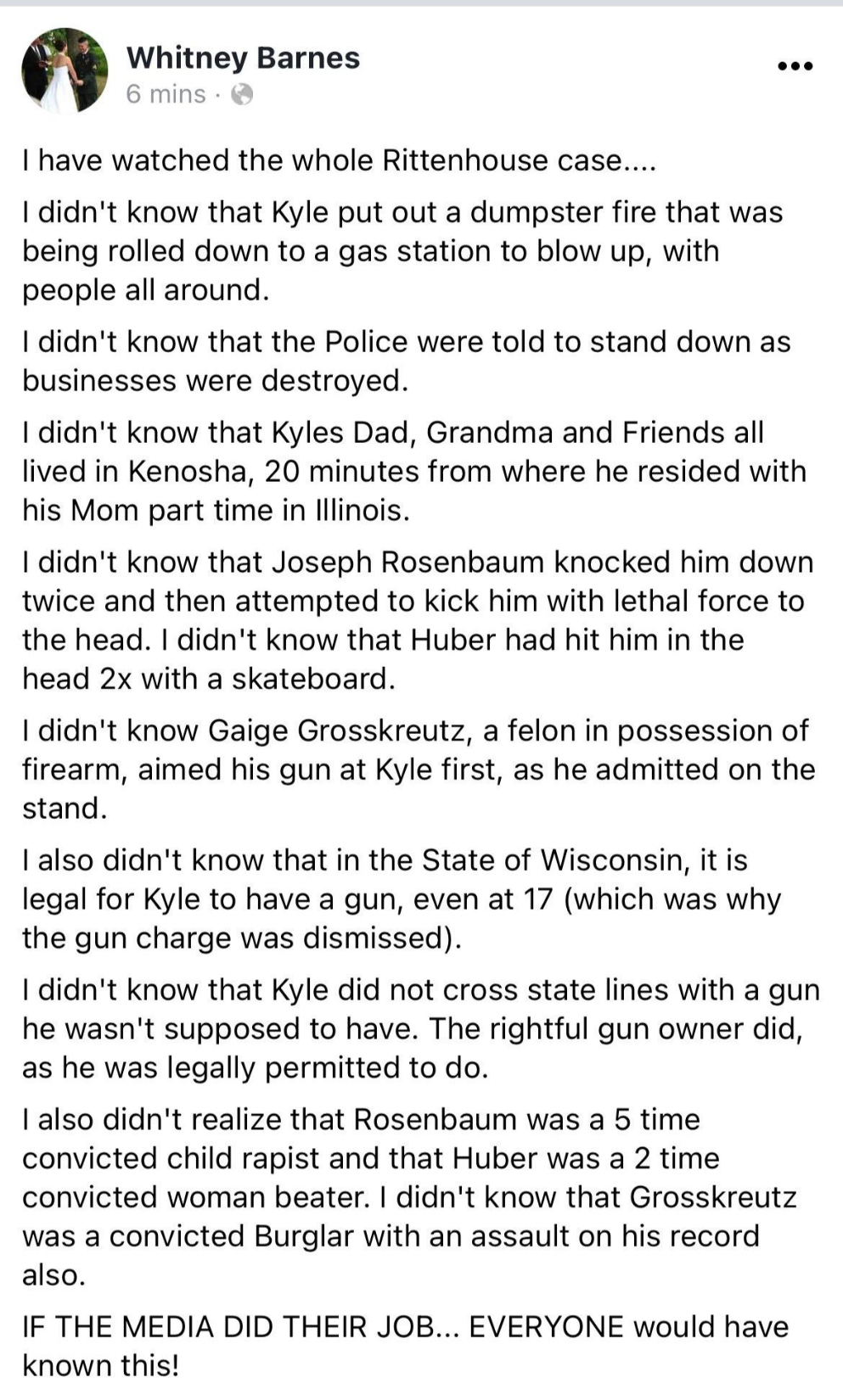 From politicians to has-been athletes to washed up Hollywood whores, everyone is getting in on the action.

White supremacists? Does she have any idea what she is talking about? This is a U.S. Representative for Missouri's 1st Congressional district. Makes you wonder how she ever graduated grade school, let alone was elected to public office.

Failed NFL player Colin Kaepernick said, "We just witnessed a system built on white supremacy validate the terroristic acts of a white supremacist. This only further validates the need to abolish our current system. White supremacy cannot be reformed."

Washed up Hollywood actress Ellen Barkin, who once had talent--I'll give her that-- tweeted: "Kyle Rittenhouse walks free as we are all taken prisoner by our now openly authoritarian state."

Fellow actress Rosanna Arquette whose past tweets have expressed shame at being born white, wrote: "I have no faith in the justice system in America today. I don't want to live in a country that is ruled by violent ignorance racists."

And on it goes, probably ten thousand or more tweets and reactions right now, all of them condemning a man forced to defend himself from violent attack. Do you any of them even know that the man who instigated the violence and first attacked Rittenhouse was a convicted child molester who anally raped little boys?

Apparently not. Joy Reid tweeted: "While we're out reacting and processing the Rittenhouse verdict, please spare a thought for the families of Joseph Rosenbaum and Anthony Hubler, who are mourning, and for Gaige Grosskreutz and Jacob Blake. There is nothing here but tragedy, and these families are in pain."

What about the pain that Joseph Rosenbaum caused to the little boys he raped?

One thing I've learned is that all hatred comes from self-hatred. You can't hate someone else without hating yourself first. The people expressing outrage over the verdict are seething with self-hatred and mired in sin, and they hate the idea that their sinful actions can have consequences. They want the freedom to riot and loot and to sodomize little boys.
One person standing up to them, like Rittenhouse did, reminds them that there is something in the world called justice. And even in the current Clown World we're living in, sometimes justice rears its head.
You might find that level of hatred hard to understand, but remember the phrase, "Misery loves company"? People that hate themselves want to drag everyone else down to their level. People that are going to hell want to drag as many other people as they can down to hell with them.

What do you think of the verdict? Why do you think so many people are openly hostile to the concept of self-defense and want to blame everything on "white supremacists"?
---------------------
Mike Stone  is the author of -
"COVID-19 and Kids: A Parent's Guide to the COVID-19 Pandemic" available here: https://amzn.to/3b4M4Qr
"Reversing the Side Effects of the COVID-19 Vaccine: How to Heal Yourself from Adverse Reactions to the Trump Vaccine and Protect Yourself from Shedding," available here.
"COVID-19 and the Mark of the Beast: What Every Christian Needs to Know About the Trump Vaccine" https://amzn.to/3DA8shu
He is also the author of Based, a young adult novel about race, dating and growing up in America, and A New America, the first novel of the Alt-Right, a dark comedy set on Election Day 2016 in Los Angeles - - Available on Amazon.

The reason they do this is because they don't want them to have their pride back.They want the white males to stay as politically correct flunkies who are constantly on the defensive and always apologizing for themselves. They want them to hate their Founding Fathers, Constitutional America, and their racial heritage.

They also fear that the Rittenhouse decision will give them their pride back and restore their confidence in America and their justice system. They don't want them believing that they once again can successfully defend themselves in the court room neither do they want them to believe they have their country back.

And, they also know that if our whole legal system is restored to full legitimacy all their plans for full enslavement will be foiled.

As a former Freemason myself, it's quite obvious that many people don’t know or realize that the spate of black on black violence taking place in American cities are actually the foot-soldiers of the Freemasons and Illuminati killing off witnesses and people who “know too much” in their public corruption schemes that have been going on for decades.

Any and all potential witnesses and “loose ends” are getting tied off through these nearly every day “hits,” whether it’s through random street gunfire, pushing people off subway platforms, and other assassinations designed and covered to look like out of control “negro crime,” which no one really cares about or pays attention to, as they think it’s normal.

But nothing is normal about this “wild west” open season of shootings and murders, all ignored and swept under the rug by Illuminati-installed mayors, governors and leaders like NYC Mayor Bill DeBlasio, California Governor Gavin Newsom, Chicago Mayor Lori Lightfoot, and other goons.

This is nothing but getting rid of witnesses and potential testifiers against the Freemasons and Illuminati Deep State who control corruption in the United States and beyond.