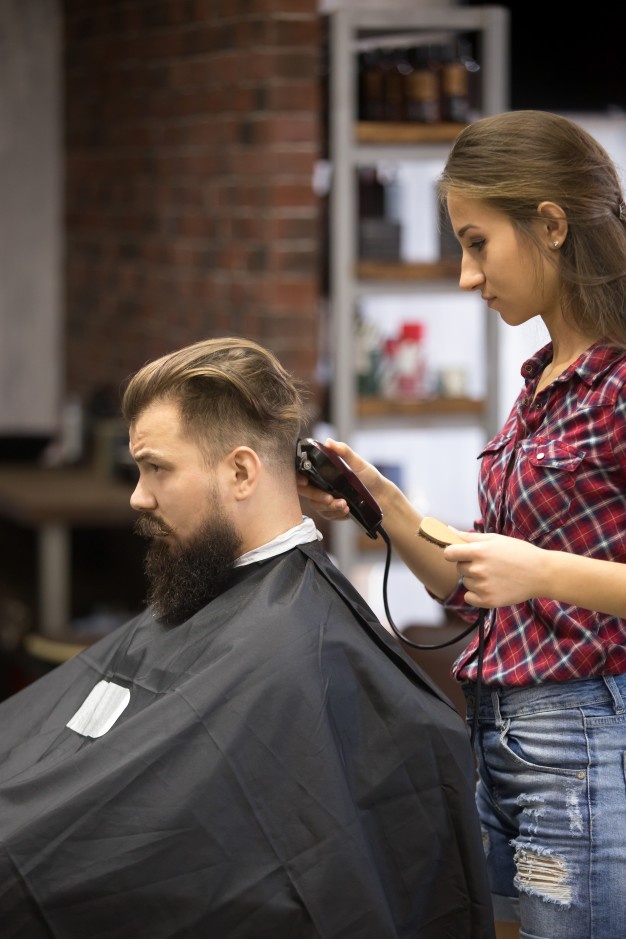 (Not Mike Stone)
Mike Stone reflects on the open air prison that
Los Angeles is becoming for the unvaccinated.
He says this will happen everywhere.
Do you agree?
(I think this is a blue state phenomenon.)
by Mike Stone
(henrymakow.com)
I got my last haircut today. Not knowing if I'll ever be allowed inside a barber shop or hair salon ever again, I told the woman to cut it short.

Starting Monday in my city, Los Angeles, purebloods--those who have not submitted to the jab--will not be allowed to enter restaurants (except for pickups), bars, gyms, barber shops, hair salons, and probably a few other places I'm forgetting. (Like movie theatres! Mike!)
You might find that humorous, you might find it appalling. Most of you are probably saying, "Thank God it's not like that here."
I don't want to rain on your parade, but I assure you, it is coming your way. As California goes, so goes the country.

I can also assure you that once these "laws" start, they are never going back.

I never eat fast food, but for the last couple of weeks I've felt a need to visit the local hamburger joint. I want to at least remember what a hamburger tastes like before I'm forever banned from buying one again.

"What happens after November 4?" I ask the girl behind the counter.

She blinks. "What do you mean?"

I remind her of the new law (I'm not even sure if it is a law or legal in any way). 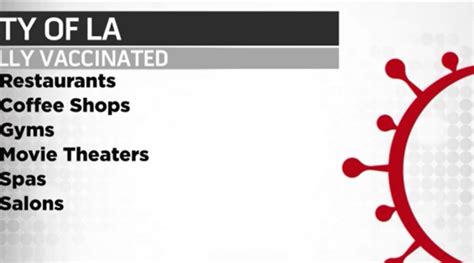 (Click here for details on the collective insanity in LA)
The girl motions to herself and another girl standing beside her, both of them 20-years-old. "It's up to us whether we serve you or not."

"If I beg you, will you sell me a hamburger?" I ask them.

The girls laugh. I laugh. But none of this is a laughing matter. What L.A., San Francisco and New York are not experiencing is merely the tip of the iceberg, the tip of the camel's nose under the tent.
AUSTRALIA
In the same way that Europe was used as a testing ground for an invasion of illegal aliens before it kicked off here, Australia is the testing ground for what the virus hoax pushers have planned for America and the rest of the world.

In case you didn't know, children are being literally torn from their parents' arms and force vaccinated in Australia, and plans are well underway for purebloods to be hauled away to concentration camps. If you don't think that's coming here, I have some beach front property down in Florida I'd like to talk to you about. 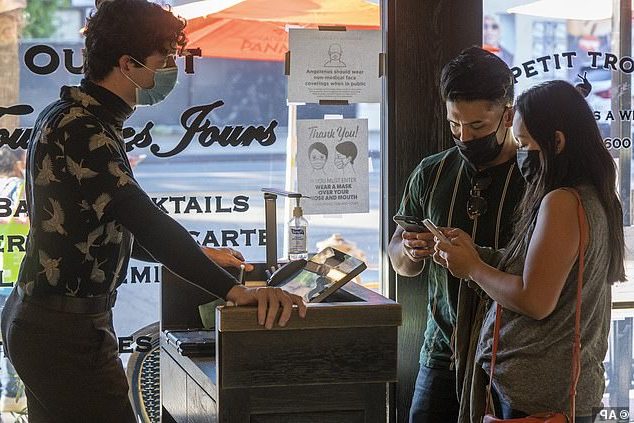 Maybe it's because I once was a Boy Scout, but I've always been a believer in their motto: Be prepared.
The problem is there's really no way to properly prepare for what's coming.
In the old days, people could escape Communist countries by coming here. But now we're a Communist country. There's literally nowhere in the world that I know of where anyone can escape to. There might be some countries a little slower to get onboard with what's planned, but it's all coming eventually no matter where we live. When the hoax-pushers control the economy of nearly every country in the world, there's literally no escape.
Oh, and by the way, they're coming for the kids next.
The San Francisco gay men's choir wants to sodomize your children and the hoax-pushers want to sacrifice them to the beast.
My advice, as always, is to get your spiritual life in order and do it quickly.
Purge everyone and everything from your life that is in any way supportive of the hoax.
Hunker down. It's going to be a rough ride.
--------------------------------------------------------------
Mike Stone is the author of "Reversing the Side Effects of the COVID-19 Vaccine: How to Heal Yourself from Adverse Reactions to the Trump Vaccine and Protect Yourself from Shedding," available here. "COVID-19 and the Mark of the Beast: What Every Christian Needs to Know About the Trump Vaccine" https://amzn.to/3DA8shu and COVID-19 and Kids: A Parent's Guide to the COVID-19 Pandemic: https://amzn.to/3b4M4Qr
He is also the author of Based, a young adult novel about race, dating and growing up in America, and A New America, the first novel of the Alt-Right, a dark comedy set on Election Day 2016 in Los Angeles - - Available on Amazon.
Related-- LA Introduces Strict Vaccine Mandate
------------Massive Anti Vax Mandate Protest in LA

WHAT ? He gave up before the fight started. Things take a while to get organized and you do not need people like Stone on your team, he just drags you down. John in Rochester NY

Re: "The problem is there's really no way to properly prepare for
what's coming."

Liberty before
life, or be a slave.