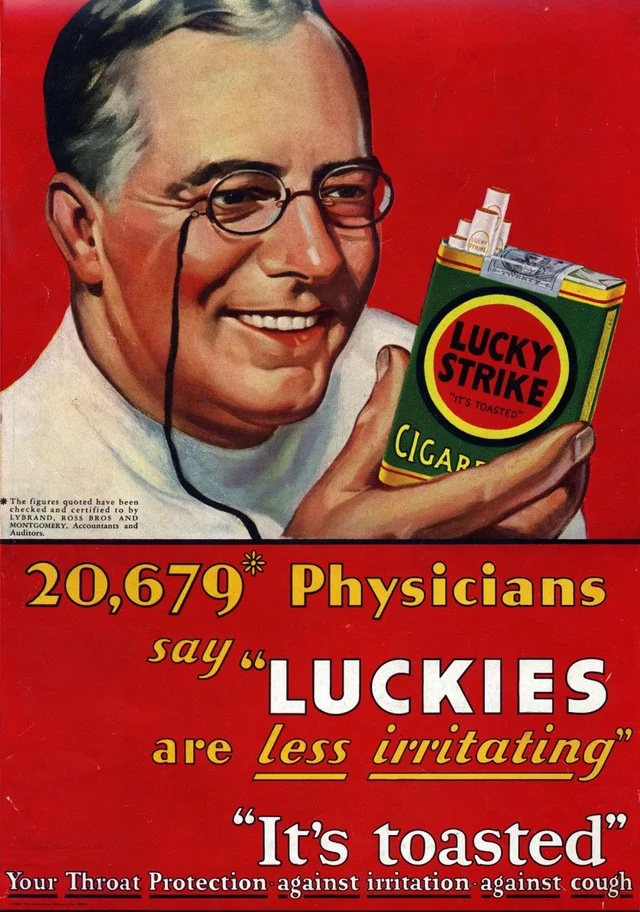 Send links and comments to hmakow@gmail.com
(Left, Doctors have been on the take for a long time.)
--
"Yes, the government is telling you to kill yourself and help insist that your neighbor does too."


Dr. Mark Trozzi:  In my home province of Ontario, like almost everywhere, government and institutions are violating human rights, vandalizing our biology, and forcing injections that are at least 10 times more deadly than covid, while suppressing safe affordable treatments that reduce suffering and death from covid by at least 85%.
Covid untreated has 0.3 % mortality. Omicron is much less and very mild. With safe affordable treatments that are being obstructed, covid has a mortality of just 0.045%.
The so-called "vaccines" destroy immune systems, help the virus evolve, kill at least 3 % of the injected people, and maim another 28% in the first three months after injection; with much more injection induced death and suffering expected to follow.

Reader writes- "The title of this video is not really accurate.  The information has more to do with humanity currently being in a global "SOUL TEST" and whether or not they will give themselves over to a robotic, AI, hive mind type of existence; transhumanism;  the Borg; selling ones soul.  Max Igan ties this in with the race of grey aliens.  Why are babies now  being born with black eyes and grey looking? Souless?.  On s side note: When I visited Israel back in 2004, I observed that the Orthodox Jews all looked the same; very grey, ashen, lifeless, part of a hive mind.)

These have ONE MIND (a hive mind), and shall give their power and strength unto the beast. Revelation 17:13.

Gospel of Thomas #3. Jesus said, "If your leaders say to you, 'Look, the (Father's) kingdom is in the sky,' then the birds of the sky will precede you. If they say to you, 'It is in the sea,' then the fish will precede you. Rather, the (Father's) kingdom is within you and it is outside you. When you know yourselves, then you will be known, and you will understand that you are children of the living Father. But if you do not know yourselves, then you live in poverty, and you are the poverty. (Notice that Jesus did not say you are poverty if you do not know God. You are poverty if you do not know who you are.) 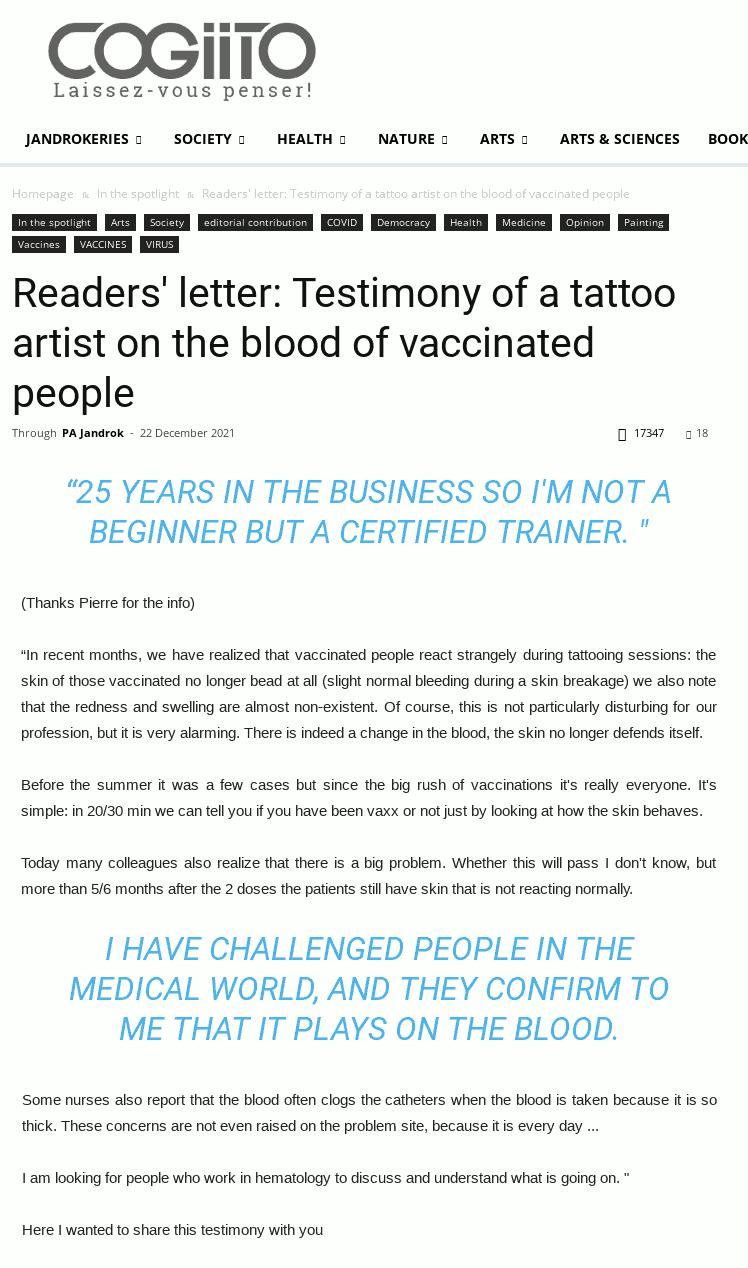 Six Things the media Won't Tell You about the Ukraine

New study of Pfizer's COVID vaccine has some disturbing findings

The most damning findings concerned the lack of disclosure of possible, or even likely, long-term health risks on vaccinated versus unvaccinated individuals.  These findings revealed significant increases for the vaccinated.  It also pointed out that for adolescents and children, the vaccine posed all risk with virtually no benefit, since those young individuals, even if they became infected, had a near-universal good outcome.  Myocarditis and other afflictions are a substantial health hazard facing vaccinated young people.

Why are Whites Vanishing in TV Commercials?

First they vanish from commercials. Then from the world.

Schizer | Because We Care (About Our Profits)  (Satire)

--
Bill Filed In State of Washington Would Authorize 'Strike Force' To 'Involuntarily Detain' Unvaccinated Families: 'They Have Already Set Up The Internment Camps'
http://www.yourdestinationnow.com/2022/01/bill-filed-in-washington-would.html 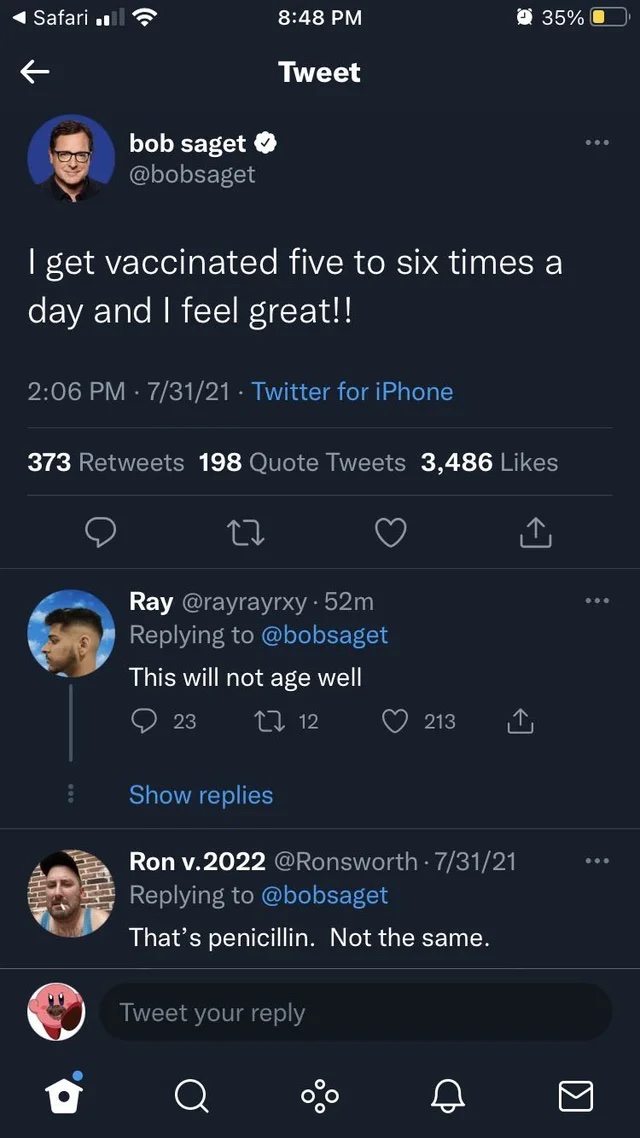 Bob Saget, dead at 65
---
Kenney says 'no' to mandatory vaccines in Alberta

On the heels of federal Minister of Health Jean-Yves Duclos stating provinces will likely move to mandatory vaccination policies, Alberta Premier Jason Kenney took to Twitter to reject the idea for Albertans. Globalist traitor Kenney is already deeply unpopular but the Opposition socialists are no better.

'Piss off' (a la Macron) the Kazakhstan people - no access to bank deposits without a vaccine passport.
Auto abolish the government and call for "help" from a foreign nation (Russia) to quell the uprising against vaccine passports and the unfolding NWO
tyranny.
Have the Russian troops kill the Kazakhstan protesters in cold blood to show (via all media) the rest of the world what will befall them if they try to get out from under the the great NWO reset = total economic and social slavery.

Peaceful non-compliance (even if some of us die) of millions, billions of people is the only way to defeat the satanic globalists for our children's and grandchildren's sake. Think Ghandi  against the British colonialists.

https://www.bitchute.com/video/IQtWQTQHdHvQ/
------
Large anti vax demo on Ottawa
https://www.youtube.com/watch?v=6gHApeO3drU
-------
Makowism-  Judaism and Christianity are like night and day. The minute we went from a worldview based on God and brotherly love to one based on exploitation and enslavement, humanity signed its death warrant.

-----Covid "vaccines" prove the elite don't give a rat's ass about "human rights."   Their promotion of "human rights" for minorities and sexual deviants is just a way to undermine the majority in Western countries.

The Bitchute video on the shot situation in Kazakhstan sounds like pure bullshit. Been keeping up on this and the whole thing is a U.S. color revolution attempt that the Russians had info on its coming and the cooperative organization nailed immediately. Those immediately arrested were all top government in the pocket of MI6, US, NATO.

Russia is not playing any more games. The insane talmudists running the whole west are in for a very rude awakening which may very easily include us Americans in our beds.

Noticed sometime back that Stew Peters outed Bitchute as false, not geared to truth but a deliberate limited hangout..