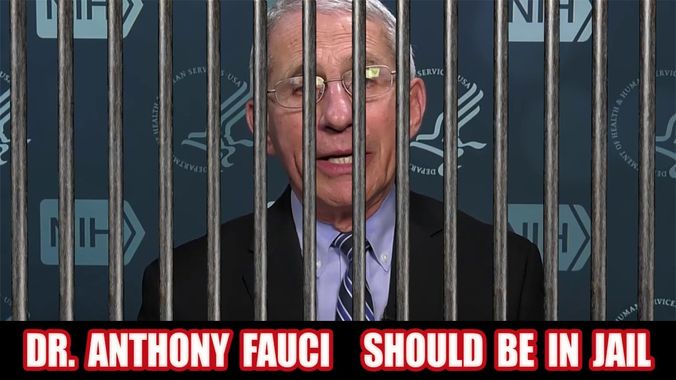 "We should not let a single attorney general or US attorney evade the fact that that this is a bio-weapons program meant to destroy, maim and kill the Citizens of the United States and the people of the world."
This electrifying talk by Dr. David Martin at Clay Clark's Reawaken America Tour last November is an advanced dissertation on what is the most important legal case in human history, as it affects us all now and future generations.
Martin Bio
Dr. David Martin Exposes the Great Reset and Covid 19 Vaccine Agenda-
(abridged by henrymakow.com)
"Ladies and Gentlemen, call it what it is: It's premeditated murder. Stop dancing on the side of this thing and jump in the pool!...

"This is a crime and we need to start treating it like a crime, instead of watching a bank robber walk out of the bank and calling the Uber for them. This is about getting Anthony Fauci cuffed and perp-walked. That's what this is about!

"We've got to set a single goal: Anthony Fauci in chains and in jail. That's our goal, because that ends...the Emergency Use Authorization and what that does, is it puts the liability for every injury and death back on the companies, because the minute we get a felony conviction, the entire EUA has been pierced. If we get a single felony - one felony - there is no shield of immunity, because the '86 act and the PREP Act say that you get immunity unless. Unless -" 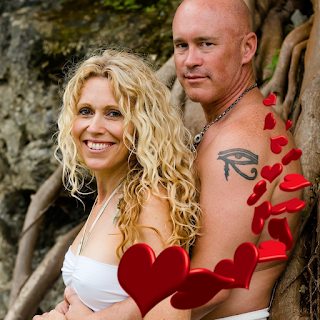 ( Martin's Eye of Horus tattoo suggests he may be part of the Illuminati dialectic described here. Especially since this picture is being suppressed by search engines. Nonetheless I believe his message here is credible.)

1). There is no SARS-CoV-2. There is a bioweapon, that in 1999 was paid for by Anthony Fauci, was patented by the University of North Carolina, Chapel Hill in 2002. It was the Recombinant Coronavirus that was actually the bioweapon created by NIAID for this very moment. That bioweapon was an infectious replication-defective clone of coronavirus.

He says, "This bioweapon was engineered to destroy humanity. And if we started talking about a bioweapon and not a vaccine or a virus, we'd get a lot of progress."

2). There is no COVID-19. There is influenza-like illness. When the World Health Organization invented the notion of COVID-19, it was the first disease in human history to have no clinical diagnostics. It was diagnosed by committee and symptom - and then they made up the term "asymptomatic carrier", which does not exist.

3). There is no vaccine. There's a bioweapon that's being injected, which was engineered to generate tons of money for Big Pharma.ARCHITECTS OF THE 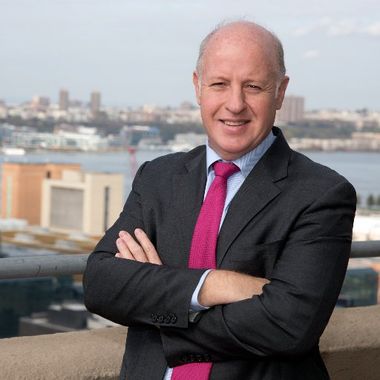 David says that Peter Daszak, left, of EcoHealth Alliance and Anthony Fauci were the architects of the pandemic and of the plan to profit on the forced-vaxxination of everybody on the planet, which goes back to at least 2016 in a document titled "Developing Medical Countermeasures (MCMs) for Coronavirus", which is part of the "Proceedings of the National Academy of Sciences".

Daszak wrote to Fauci, "We need to increase the public understanding of the need for medical countermeasure, such as a pan-coronavirus vaccine. A key driver is the media and the economics will follow the hype. We need to use that hype to our advantage to get to the real issues. Investors will respond when they see profit at the end of the process."

"And this is one that's going to be awkward for many of you to embrace, but I don't care, because sometimes, we have to embrace a hard truth: On September 18, 2019...the World Health Organization, in their Global Preparedness Monitoring Board gathering, got together and said that we need to create a global simulation of the release of a respiratory pathogen, which was going to go from September of 2019 to September of 2020. A global campaign.

"The day after that document was published, President Donald Trump signed this Executive Order [13887] and I want you to read what's in this Executive Order. These vaccine platform technologies include DNA, mRNA, virus-like S-particles, vector-based and self-assembling nanoparticle vaccines.

"The day after the Chinese, the NIAID, the Bill and Melinda Gates Foundation, in criminal conspiracy, in interlocking directorates, in racketeering, declared...war on the world, Donald Trump signed an executive order actually mandating that the toxin be released on the public. Right there it is, in his Executive Order. 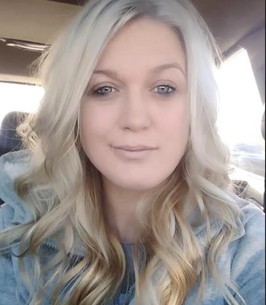 "Now, listen to what I have to say: Did he premeditate that Executive Order? No. But we must be careful, People, because it doesn't matter which one among us stands in positions of authority. We must embrace the reality that if we are not accountable for every word that we say, every action we take, we open up ourselves to compromise and if we are going to win the campaign for the hearts and minds and livelihood and soul of this country, we must commit ourselves to absolute integrity. No exceptions. Zero exceptions.

"Now, this is the slide Clay warned you about." [Slide shows the laws violated by the COVID criminals]:

In Germany 70.53% are fully vaxxed, 2.97% are partially vaxxed and 26.5% unvaxxed - https://ourworldindata.org/covid-vaccinations

So the vaxxed are 57.0/7.02 = 8.12x more likely to be infected with Omicron than the unvaxxed in Germany  That is what vaccination has done for the people of Germany.

The plan goes further back:

The 1954 Bilderberg Manual “Silent Weapons for Quiet Wars,” which laid out the strategy for genociding 90 percent of the world population...
https://www.bitchute.com/video/0T5I1rAez3U0/

2010 - “Scenarios for the Future of Technology and International Development” describes a CV-like pandemic that becomes a trigger for imposition of police-state controls on movement, economy, etc. of society.

2015 - A ‘System and Method for Testing for COVID-19’ was patented by Richard Rothschild, with a Dutch government organization.

2017 - Anthony Fauci made a very strange prediction, with certainty. He announced during the 1st term of President Trump a surprise outbreak of an infectious disease would surely happen.

“There is NO QUESTION there is going to be a challenge for the coming administration in the arena of infectious diseases. There will be a SURPRISE OUTBREAK. There’s NO DOUBT in any ones mind about this.”

How could he guarantee a surprise outbreak? What did he know, that we don’t?

PS We must be careful of not jumping to conclusions about tattoos, etc. In my drum making past I painted Egyptian symbols on the drum head for folks who simply thought the designs were "cool" not evil.

Think harder Henry. You can plainly see Martin is false opposition. His role is to mix in lies with some truth.

Yet you post his qtard level rant and give him credence. Not good.

Covid 19 was quite nasty in 2020 and almost as bad in 2021. Now it has mutated and weakened, as these viruses always do. It had killed mainly obese people who had existing conditions, but it was rough. I had it and it was horrible.

The 99% percent survival rate for 2020 and 2021 is complete bullshit. The vast majority of these "cases" were false positives. Weed out the false positives and the rate drops. But it has weakened now so much that probably no one is dying. In fact, the flu is returning and is far more deadly.

I hope you will separate from the kooks and the paid false opposition. You are hurting us all by spreading these lies, the lies of the turdballs you have been posting.

How this was planned and developed and deployed is no secret. It has been a large operation involving the military, the CIA, the CDC, Fauci, Gates, WHO, Big Pharma, The Mockingbird Media, and select Universities. Bobby Kennedy shows how it was planned, developed, and deployed.

They had a virus. The purpose was to justify the vaccine, using propaganda, bribery, lockdowns, economic devastation, outright terrorism, psychological warfare such as social distancing, censorship, intimidation, the whole STRATFOR playbook. Goebbels would have admired it all.

But they had a virus and they deployed it. Not a flu virus, a coronavirus, carefully developed in laboratories.

Now the flu is returning, as covid continues to weaken. The world of the viruses is a battlefield. Each year one emerges dominant.

Malone, unfortunately, is also very suspect, but perhaps his views have changed for the better. Time will tell.

Rappoport doesn't even pretend to be sane. Anglin is just a goof with no knowledge with some talent in writing. He never grew up, he's a little boy in a midget's body.

As the real scientists have predicted, we are beginning to see mass vaccine deaths. It is going to get much worse, month by month, year by year. This is a war. I hope you won't compromise the side of the good by continuing to post the crackpots, who are largely on assignment to poison any counter narrative.

Earlier I got off the phone with a filipina in Quezon City. The whole building is in terror. They dragged one out of her apartment today and sent her to the covid prison. Her forced mandatory pcr test came out positive. She is young, about 25. Another man in the building tested positive, but he ran away and escaped into the squatter area.

The cockroaches there are doing forced pcr tests in various places, at the mall, on the train, even on jeepneys, some are going door to door. If it is positive they drag you away to the covid prison. People are cowering in their units, terrified.

There was no resistence in the Phillippines. A lot of avoidance, yes, and million of fake vaxx cards, but no one fought the cockroach cops. Now they are living like cornered rats. But what is happening outside of Metro Manila I know not.

ust a short response to "TP". TP says that covid is a real virus but that "Now the flu is returning, as covid continues to weaken. The world of the viruses is a battlefield. Each year one emerges dominant". One point alone refutes the existence of a new virus, and it is the disappearance of the flu in 2020. If there were a new virus, it should run concurrently with the flu, not instead of it. Releasing the one would not suppress the other. Thus, the flu was repackaged, and the "power of suggestion" did much of the rest.