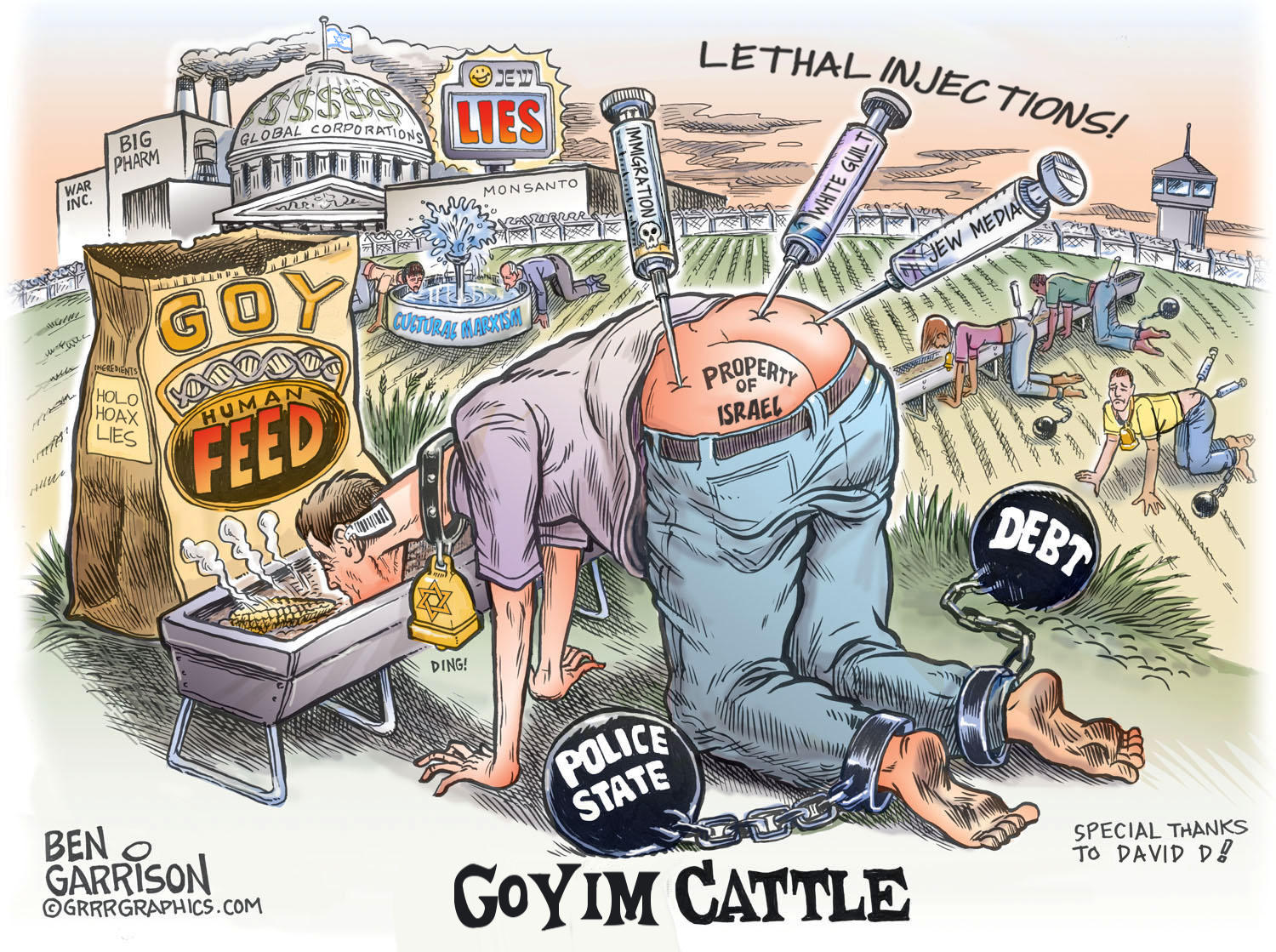 When you finally figure out that Organized Jewry is waging a genocidal race war against whites, using "vaccines" to murder, maim and tag you & your families, you're going to want to lynch every Jew in sight.
Aggrieved people are the first to persecute other innocent people.
As an assimilated Jew, I urge you to vent your anger against the perps rather than the dupes.
As you know, Organized Jewry, a.k.a the world central banking cartel, has installed a leadership class of non-Jewish opportunists and traitors (Freemasons, Satanists) in literally every field.  I urge you to direct your anger at these Jewish central bankers and their Jewish and Gentile proxies --and not at the stupid, clueless average Jews like my family.
My family has suffered enough as result of the machinations of Satanist Jews like the Rothschilds. They financed Hitler and the Nazis murdered my grandparents. (Apologies to readers who think no Jews perished in WW2.)
My parents were orphaned in their teens.
by Henry Makow PhD
Connect the dots.
All the talk of "systemic racism" disguises a diabolical Cabalist Jewish race war against people of European origin.
1) In a sensational interview, Dr. Lee Merritt claims the "vaccines" are racial bio weapons. She says they do not harm Ashkenazi Jews. That would contradict this website devoted to adverse reactions suffered by Ashkenazi Israelis. Are all these Israelis crisis actors? Is this site a Mossad psy op? Or more likely, are assimilated Israeli Jews also the target? Israel seems to engaging in the covid charade with the best.

2. CRT- Critical Race Theory is based on the assumption that people of European heritage have no right to be a majority anywhere. This is called "white supremacism." In fact, CRT is organized and funded by Organized Jewry. Jews have a homeland in Israel but whites are considered Jewish rivals, and are being displaced and dispossessed. 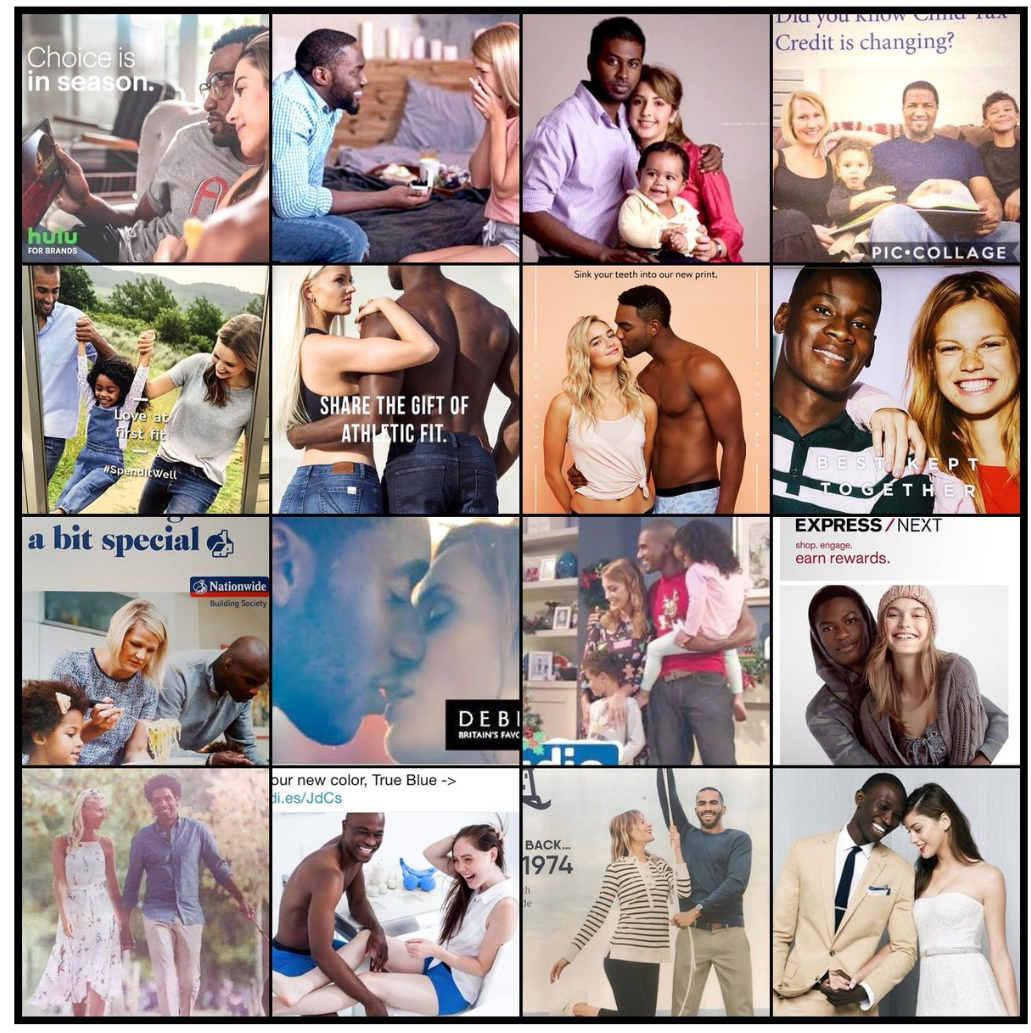 3 Diversity. Multiculturalism.  Organized Jewry is replacing whites with racial minorities who will owe allegiance to them. Mike Stone's book "It's OK to Be White" was banned by Amazon.  Message: It's not OK to be white. This is real racism.
4. Black Lives Matter. The George Floyd psyop. Stoking Black - White racial conflict. "Bail reform." Making looting legal. Not enforcing the rule of law. Hiring Antifa thugs to intimidate patriots.
5. Illegal migration.  It's possible that males will be drafted into the military and used against patriots.
6.  Miscegenation is encouraged and normalized in commercials and entertainment. These ads do not appear in Israel.
7.  Cancel culture.  Whether it's statues or curriculum, European heritage is being erased. "Whites" are blamed for Western imperialism and the slave trade which are essentially Cabalist in nature.
8. Art, education and culture have been replaced by Jewish (Communist) agitprop. "Wokeness" is Communist Jewish political correctness and mind control. Academic freedom has been destroyed. This is why Jordan Peterson recently quit teaching at my alma mater, the University of Toronto.
9.  The "vaccines" interfere with menstruation and may render women sterile. 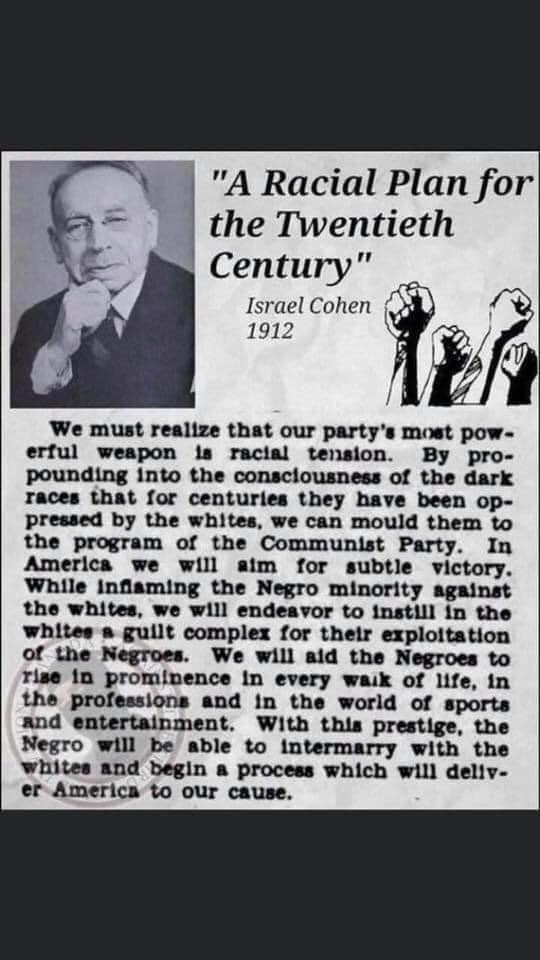 When you connect the dots, the picture that emerges is that of a vicious ongoing one-sided race war.
The reason whites don't recognize that the plandemic is a big part of this race war is that so-called "anti vaxers" are chosen by their willingness to avoid the J-word.   The American "Right" is largely false opposition.
What they say about the plandemic may be true but anyone who describes it in terms of this race war is moved beyond the pale. While there has been over a million deaths and adverse reactions from the "vaccine" gene therapy, the die-off has not reached anywhere near the billions forecast in the flu season by Jeremiahs like Friar Bugnolo.  Have people received placebos?
In any case, the "Masonic Jewish Conspiracy" is very real. The Protocols of Zion are genuine. Being "antisemitic" is just facing reality. But Jews are not monolithic. Focus on the Cabalists (Satanists) who are both Jewish and Gentile. 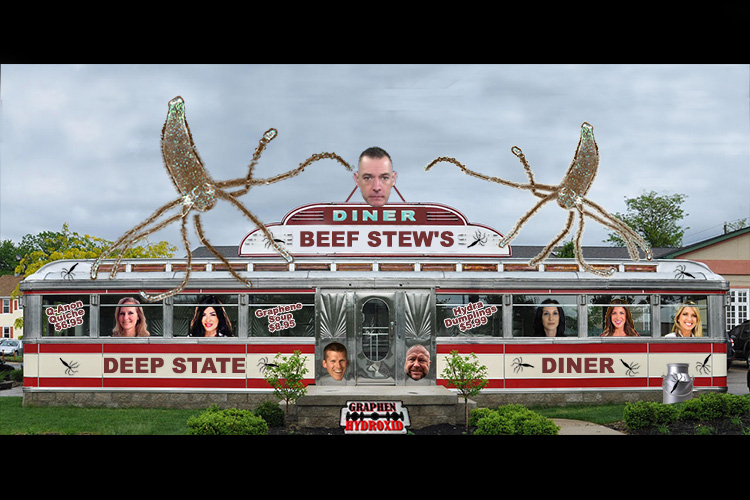 (90% of the speakers in Washington were vaccinated?)

Comments for "Makow- Plandemic Part of a One-Sided Race War"

Wuflu VAXX is intended to kill off as many dumb white liberals as possible. That's actually a good thing. Let them be.

We must feel compassion. Premature death is tragic.

That's not quite how I see things. It's not just white people who are under attack, all of humanity is. They didn't let black people out of slavery because they like them, they did it because they want to enslave everyone under a new system. And they don't care about the rights of the natives who they genocided and tortured their children in re-education camps, aka residential schools. They want everyone to be a victim.

Every tyranny requires a scapegoat, and due to colonization it's easy to turn anger against white people. But the latest trend is to persecute unvaccinated people, and ethnic minorities have lower rates of vaccination than white people. It's about dividing and conquering in multiple ways.

As for Israel, you have to wonder what is really going on, they encouraged Jews and descendants of the 12 tribes of Israel to immigrate from around the world and now they are being forced to take mRNA injections and live under a tyranny.

Reminds me of what Jesus said in Revelation 2:9

I know about the slander of those who say they are Jews and are not, but are a synagogue of Satan.

Jews are obviously being used as scapegoats as well. As Zionist pioneer Theodor Herzl said, "The anti-Semites will become our most dependable friends, the anti-Semitic countries our allies."

I don't want to be Herzl's ally or friend, and it makes me wonder how Jewish this conspiracy really is. The Jews were influenced by the practices of the Egyptians, Canaanites, Babylonians, Persians, and others, and their symbols are still widely used and associated with Masonry or the Illuminati. And these occult practices have existed since before any group known as Jews or even Israelites or Hebrews have existed.

I liked today's article, and as you know, I do share your concerns about the coming antisemitic backlash.

But you forgot to mention Jewish Usury! Aka Banking. These days Jewish Usury is more commonly known as Capitalism.

When Wall Street finally collapses, and the American masses get burned alive in the Greatest Depression, it's the Jews that will get the blame.