Truckers are Not Leaving Ottawa 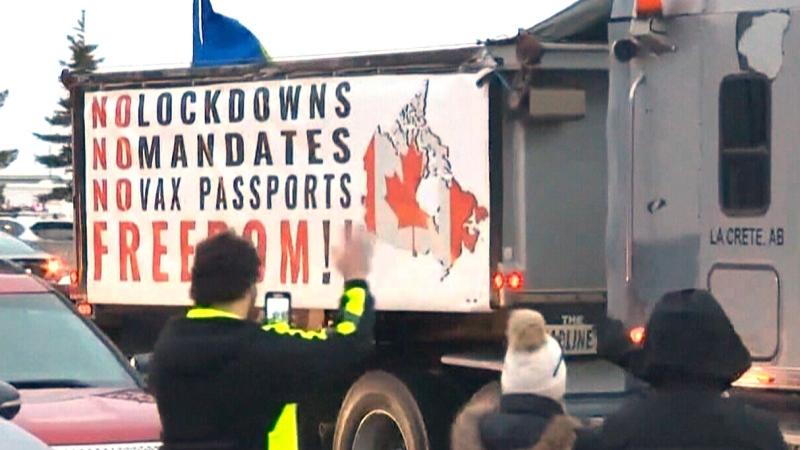 (Revolution Brewing in Canada?)
The truckers revolt has inspired Canadians of every ethnic and social background to unite against Justin Trudeau's Covid Communism. Their example is inspiring similar revolts around the world against Klaus Schwab and the WEF's Agenda 2030.
The WEF's attempt to poison and barcode the human race has awakened humanity from its slumber.
This is the official site for the truck convoy:  https://canada-unity.com/bearhug/
by Henry Makow PhD

At a private press conference Sunday, from which the lying legacy mainstream media were barred, three organizers explained that the truckers have no intention of leaving Ottawa until all covid restrictions are lifted.

They said the report that gofundme was withholding $9 million in contributions were lies spun by the legacy media to stop contributions which have been pouring in. They said they had the full support of gofundme. (No wonder, they get a cut!) This will enable them to stay in Ottawa indefinitely.
The organizers -- Tarmara Lich, Benjamin Dichter and Chris Barber -- said their movement is apolitical and represents all Canadians who just want their freedom back. They have eschewed ties with established parties.
"Hotels are like mobile homes," Dichter said. We have all we need to sit here for months." 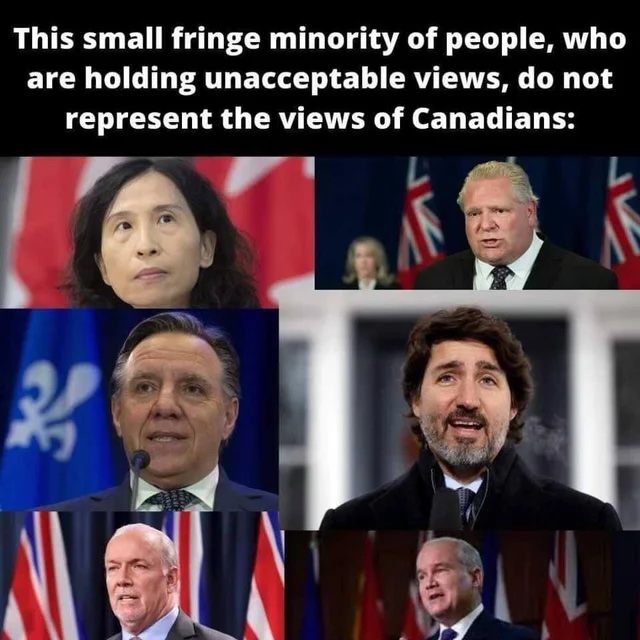 (Left, The Communist fringe that wishes to enslave Canadians includes Fidel Castro's son, Justin "Fidelito" Castreau.)
"The enemy is not each other," Dichter said. "The enemy is the whole political class. Conservative Premiers have been as bad as liberals. Unless we stand up now, this serfdom is not going to end. We're tired of being maligned and controlled."
They suggested that this action could lead to permanent grass roots political movement.
While fighting for basic freedoms, Dichter, who is a Zionist Jew and gay, said they have been fighting a rearguard attack from the Communist media (mainly the CBC and Toronto Star) which labelled them as right-wing extremists.
For Communists, anyone who want to be free of their mental and physical control is a fascist.
He said some truckers have been vaccinated but oppose the ludicrous and arbitrary mandates. Others have had adverse reactions or witnessed them.
All across Canada the truckers have met with a groundswell of support. People are waving flags and feeding truckers as well as donating accommodation,
and money at  http.www.adopt-a-trucker.ca.
Dichter said they were receiving major support from East Europeans and East Asians who remember Communist tyranny, and from Sikhs. They came to Canada for freedom and, now they've had a taste, they're not giving it up. Fidelito's diversity policies may have backfired.
Ottawa Police confirmed that there was not a single incident incident of injury or violence. "Canadians settle things peacefully," the police spokesman said when baited by a msm reporter.

"I was there for most of the afternoon yesterday.  I can personally confirm that everything being reported about white supremacy, violence, aggression, etc. is complete bullshit.  There are people of all races protesting, the atmosphere is like downtown Ottawa on Canada Day without the drunkenness and fighting.  It's no wonder that the police have not made a single arrest. 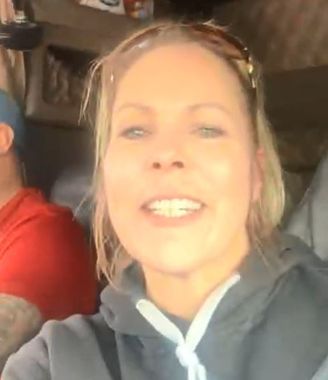 It's worth mentioning that the organizer, Tamara Lich, left, is a Metis woman - not exactly you average white supremacist.  How the media and leftist politicians can continue with their race baiting and slanderous accusation of white supremacism is beyond me.  Toronto/Ottawa Sun and National Post have published some accurate depictions of the protest, but all the rest of the mainstream media outlets have lost any semblance of credibility at this point.  It's bordering on treason.

There is a heavy police presence, which is probably a good thing because of the potential for outside actors to come in and stir up trouble. There are officers from Toronto, Durham region, York region, London, and OPP, snipers on rooftops, and surely undercover cops as well.  They are not bothering anyone and nobody is bothering them.

I might go down there another day this week depending on what is happening.  For now, Ezra Levant's twitter feed seems to be the best source of unbiased and truthful reporting on the protests, as well as The Countersign and ConvoyReports.com

Thanks to CR for the tips!

Comments for "Truckers are Not Leaving Ottawa "

Joined a local freedom convoy that drove thru town on it's way to Edmonton on Saturday. Hundreds of vehicles and fellow Canadians from our own backyard cheering, waving flags/signs, blowing their horns. Regular people like me and you. So uplifting and heartening to see in our own backyards. This is no longer just about Canada's freedom but the freedom of all people everywhere. Time for Canadians to hold the mainstream media, in particular the CBC, accountable for deliberate misinformation, treason, crimes against humanity. Email and call those satanic traitors and let them know freedom is coming and they WILL be held both morally and legally accountable for the evil they have perpetrated against their fellow Canadians. You want to see the face of evil in Canada right now turn on your local news stations and watch.