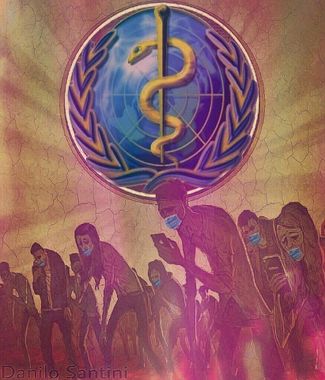 The term "Brainwashing" was popularized by the CCP (Chinese Communist Party.) American journalist Edward Hunter first described the experience of Chinese informants. These practices have been imposed on the West using the pretext of a phoney pandemic.
by CK
(henrymakow.com)
Many of the psychological aspects of the COVID SCAM were created and perfected by the CCP to coerce compliance to communism in China.

The cabal's goal is to indoctrinate people into the communist system and eliminate  opposition to tyranny.
The mind was targeted as the main battlefield for WWIII because it is the most efficient way to wage war and because the final battle is for a person's "soul".
Information and propaganda are much cheaper and easier than bullets and bombs.  The victims pay for their own imprisonment and willingly destroy themselves with poor choices of deadly injections and medical treatments.  Infrastructure remains intact and bodies can be dissolved with lye and literally poured down the drain.
The goal is to impose the death cult cabal's worldwide monopoly on everything, especially your thoughts, creating a world government.

Beginning with fear, controlled news propaganda to destroy critical thinking, house arrest lockdowns and forced testing (for flu, colds and whatever they say you have), the operation moved to compelled vaccination with a medical experiment and imprisonment of any opposition in places like Australia - the end goal is the imposition of The Great Reset.
Your captors are using mind control, a more "modern" approach than a traditional kinetic war.  Forced vaccination leads to forced organ harvesting and the end of all private property.  People are now realizing that under this ultimate form of slavery, even your own body will not belong to you!   Canadian truckers have begun the resistance, the outcome of which is not certain.
How is it possible to get people to willingly accept this bleak future?  Using deception and  hiding the truth, making them fearful and demoralized to the point of capitulation, the cattle are driven into the abattoir.  No amount of reasoning can change their minds, even though they still actually have a choice to alter their path.  Plato's "Illusion of Choice" plays out in today's reality.  Many people really do believe they don't have a choice.  Of course, everyone still has a choice, even though it might not always be appealing.

The spell is strong and very difficult to break in those most susceptible to the brainwashing, as Yuri Bezemov pointed out many years ago.  Once subjects accept the brainwashing, they refuse to see the truth, even when it objectively exists right in front of them, which explains the irrationality of the vaxxtard. 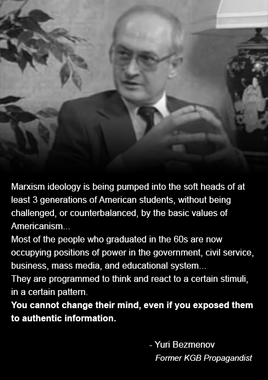 Many people have awakened.

Deception psyops are Standard Operating Procedures of the CCP and the Cabal.  The CCP and those aligned with the CCP oppose eternal Truth, all religion and morality - these are replaced with a social credit enforcement mechanism and monopoly communism.
Many groups were persecuted using brainwashing in China since 1949, including Falun Gong, who have been persecuted since 1999 (faluninfo.net).  The brainwashing techniques are used on imprisoned practitioners to attempt to transform their minds and make them quit practising Falun Gong.  These techniques have also been used on Christians, Uyghurs and the general population in China.
People are now choosing their futures.  The choice is to support the CCP and align themselves with evil or oppose the Cabal's CCP's brainwashing operation and support the good people of the future.

Biderman's Chart of Coercion, also called Biderman's Principles, is a table developed by sociologist Albert Biderman in 1957 to illustrate the methods of Chinese and Korean torture on American prisoners of war from the Korean War. The chart lists eight chronological general methods of torture that will psychologically break an individual. Compare with Covid Protocols.
Isolation (1956 Chart of Coercion)
-Deprives Individual of social support of his ability to resist
-Makes individual dependent upon the captor
-Individual develops intense concern with self


Monopolization of Perception (1956 Chart of Coercion)

-Forced to stay at home, all media is negative
-Not permitted to exercise or socialize

-Provides motivation for compliance
-Hinders adjustment to deprivation
-Creates hope for change, reduces resistance
-This keeps people unsure of what is happening

-Allow reopening of some stores, services
-Let restaurants open but only at a certain capacity
-Increase more people allowed to gather
-Follow concessions with tougher rules