Woke NATO is No Match for Real Men 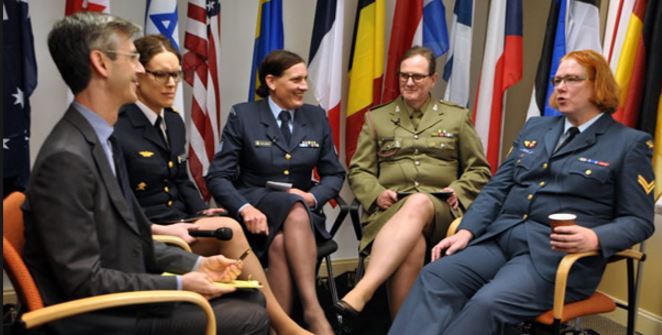 (left, NATO generals debate if saying they're offended will deter Putin.)
West's armies are now Woke:
NATO has its own Office of the Gender Advisor
Wokeness is another way the Communist Jewish
world banking cartel is destroying the West

When Nato has its own Office of the Gender Advisor, you know wokery has won


Did you know that Nato now has an 'Office of the Gender Advisor', just as MI6 flies the Rainbow Flag (above) of the LGBTQ movement?

Current efforts to get us all to like Ukraine (in reality a fiercely nationalist country with a macho culture not unlike Russia's) involve staged pictures of female soldiers in snowy trenches.

Nato is, in fact, the army of the sexual revolution, as it showed in its failed mission in Afghanistan.

Ever since the Blair creature ushered a fake crowd into Downing Street in 1997, Labour activists waving Union Jacks they despised, people have been manipulating genuine patriots into accepting or even supporting changes they would once have loathed. The amazing thing is that it has worked.

Almost nothing is now what you think it is, or what it used to be. 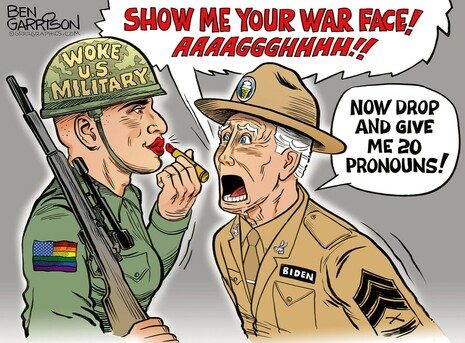 (NATO is on the front line in the war against gender)
The school to which you happily send your children is in many cases a propaganda college, in which they are taught the new creed of equality and diversity.

Sometimes it goes further. I wonder just how exceptional Welbeck Primary School in Nottinghamshire actually is.

There, teachers have been accused of pushing anti-Tory propaganda down the throats of ten-year-olds.

The police enforce the desires of feminism and political correctness, responding ineffectively to crime and disorder only when they absolutely have to.

The most senior officer in the country, the wildly woke Commissioner Cressida Dick, has finally gone after a long catalogue of failure and worse.

In the prisons, the law is openly broken and punishment is dealt out by the inmates to each other.

The Labour Party is the party of the radical middle class. So is the Tory Party. So are the Liberal Democrats.

And the BBC is rapidly becoming a form of thought police (though, for the moment, it seems to have suspended its investigation of me).

Yet all these things continue to look much as they did. Union Jacks are displayed, the Crown of St Edward, symbol of Royal authority, appears on cap badges and coats of arms.

The uniforms and the buildings look roughly the same. But what goes on inside and behind them is utterly different.
Continued
---
Related-
Must Watch - Paul Joseph Watson - World War Woke -- NATO's Commitment to Inclusion & Diversity Fails to Deter Putin
Zelensky, the President of Ukraine is a WEF Young Globalist like Putin