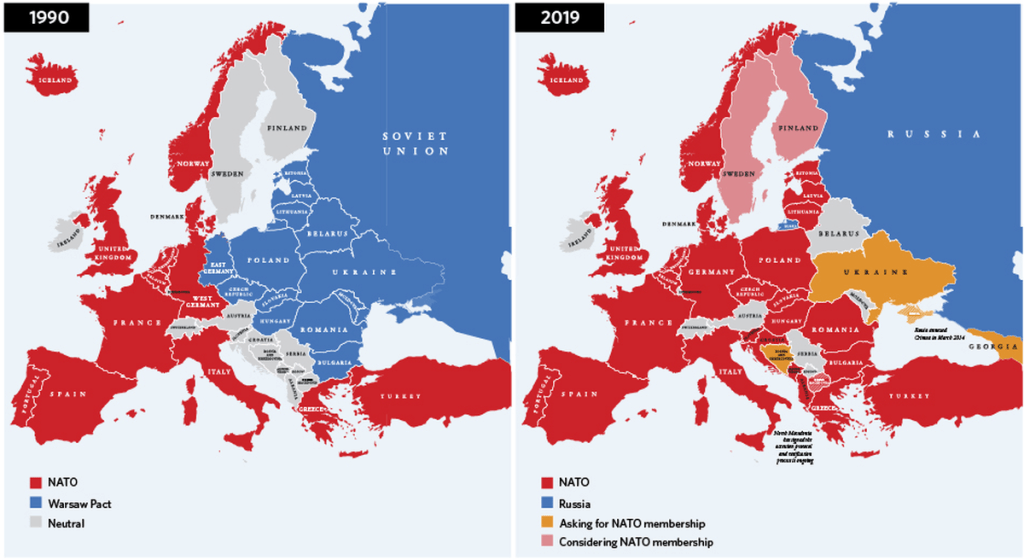 (NATO promised the USSR it would not expand to the East)
Your leaders want you dead!
And many of you are OK with that!
Please send links and comments to hmakow@gmail.com
Hit BACK to return to this site after visiting links.
The (((World Economic Forum))) wants to kill 6-7 billion "useless eaters."
In case their "vaccines" don't work, they're hoping Russia will do the job. They're poking the Russian bear, hoping to provoke a nuclear war.  They're supplying weapons to Ukraine to kill Russian soldiers. They're also trying to cripple Russia economically by stealing her money and blocking her markets.
But hey!    35% of Americans are cool with risking nuclear war over Ukraine.
You don't attack someone who has the power to blow you away unless that is exactly what you want!
Mutual assured destruction. Order out of chaos.
Destroy the Old Order completely and rededicate mankind to Satan.
The New World Order will arise from the ashes like a phoenix!
-----
US and Allies Have Declared Hybrid 'Total War' on Russia: Kremlin

The United States and its Western allies have declared a hybrid "total war" against Russia following its invasion of Ukraine, said Russian Foreign Minister Sergei Lavrov on Friday.

"Today a real hybrid war, a 'total war' has been declared against us. This term, which was used by Nazi Germany, is now used by many European politicians when they explain what they want to do to the Russian Federation," Lavrov said, according to state-run media. "And their goals are not hidden: to destroy, to break, to strangle the Russian economy, and Russia as a whole."

Kiev will surrender when there is no army left to defend it, or when whatever military forces remain surrender because have run out of supplies and can no longer fight.  The Russians are gradually degrading the Ukrainian military by destroying ammunition dumps, supply lines, military bases, artillery, tanks and other equipment.

Moscow offers update on casualties from Ukraine conflict
More than 1,300 servicemen have been killed and nearly 4,000 injured in the offensive in Ukraine, the Russian military says 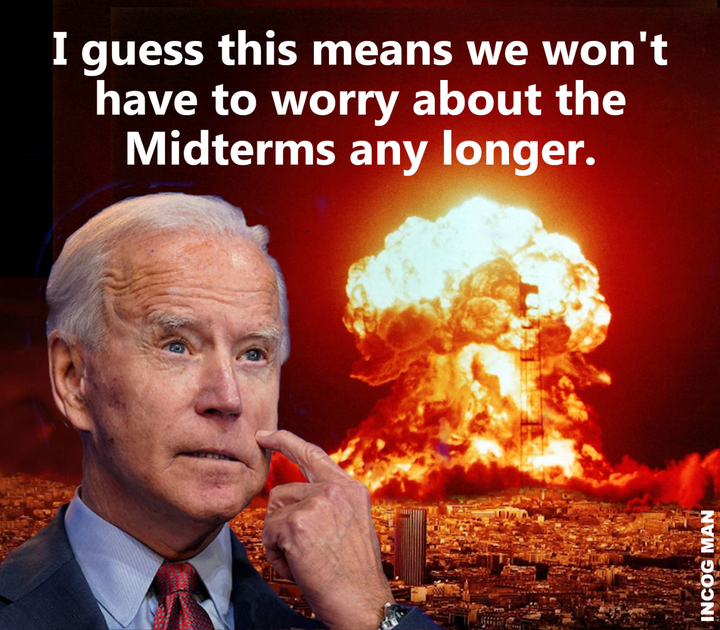 "Ukraine: Behind the Wall of Propaganda."
https://jamesperloff.net/ukraine-behind-the-wall-of-propaganda/

With comments from many experts and sources, the post covers Putin, Zelensky, the biolabs, examines Deep State motives, debunks fake news stories in the mainstream media, and much more.

--
THE SCAMDEMIC AND QUACKZINE
Vaccine regret is beginning to grow and is bound to become a hurricane.
https://www.reddit.com/r/conspiracy/comments/tn9l8x/all_of_you_were_right/ 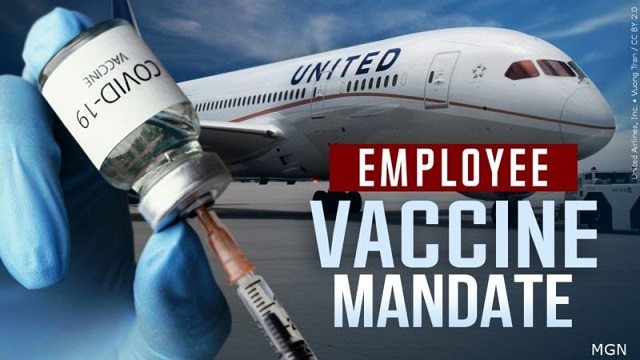 From Doctors' Data: I am now inundated with United Airline co-workers who are suffering from vaccine harm.
"I am the co-founder of Airline Employees 4 Health Freedom, the group of
over 2000+ employees standing up to United Airlines. While we have been
very successful in our current legal efforts, I am now inundated with
co-workers who are suffering from vaccine harm. Most have reputable
medical determinations (Cleveland Clinic, UTMB, etc.) so we know these are
legitimate. Most all of the pilots have lost their licenses. The Flight
Attendants are struggling to remain working with their injuries as they
cannot afford to quit. And, the ramp, maintenance, and customer service
agents have all been threatened with termination if they talk, but they are
willing. The common factor is, of course, that none of these people wanted
to take the vaccine, but did so under coercion and bribery.

CEO Kirby implemented the mandate in August, well before any government
requirements. Kirby clearly stated, on several occasions and in court,
that he did this because he knows what is best for us. That puts him in
violation of the Nuremberg Code, practicing medicine without a license, in
violation of Title VII and the ADA, personally liable, etc.

Eventually, aside from our Title VII case, I want to help these people get
restitution. Sadly, however, most are so damaged, they cannot afford the
legal representation. I will address that later. But, I do see this as a
huge opportunity in our effort to stop vaccine mandates. If a CEO gets
slapped with a $1B tort claim, others may think twice about mandating it at
their company. Then, we all win. Many ask why I passionately fight this
fight with no personal gain. Quite simply, I am fighting to ensure my
16-year old never faces this draconian nightmare."
-------------------------


Chaos in the Sky': Commercial Airline Pilots File Their First Lawsuit Over Transportation Mask Mandate
'We're done. The public is done. It's time for this to end.'

An American Airlines crew out of ABQ (Albuquerque) definitely enjoyed kicking me and my two children off our flight home earlier in the week. We complied with masking, but because I voiced my displeasure at their over zealous attitude about fit (they were complaining about the masks falling below the nose on my two kids) they swiftly responded by saying were were no longer able to fly with them. It's was completely unnecessary. My daughter was crying, I was trying to make sense of their justification, the entire situation felt manufactured.
The worst part was when I asked the passengers around me if they thought this was "okay" to forcibly remove a mother and her two children
like this - and the majority of those who responded yelled, "Yes! Get off! You weren't wearing your mask!"
This was deep blue Albuquerque so I guess I'm not surprised.
Unfortunately, I learned first hand that it's not just about complying (because we did), it's about silencing and punishing vocal dissent too. 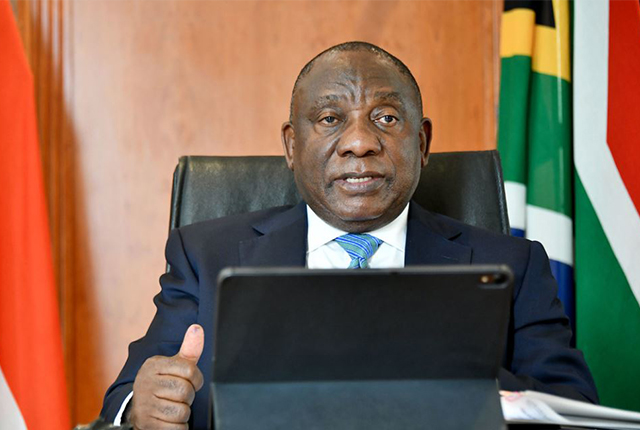 Mark Trozzi MD writes:
Sadly,  President Ramaphosa announced that South Africa is "entering the third year of the pandemic". He claimed South Africa had 3.7 million "cases" and nearly 100 thousand "recorded covid-19 deaths". His speech lacked any honesty, real science, or credible leadership. It was simply the next play in the long abusive game of Simple Simon Says. Sadly, the South African president is a globalist puppet and should receive only the rewards given for treason, and bad acting.
If you want to hear this South African version of the WEF/WHO script, it at the bottom of the following post. We can anticipate their minions delivering this same message around the world. The only truth in it, is that it really is the current propaganda of the criminal covid enterprise.

Though the content of Ramaphosa's speech was not worth enough toilet paper to write it on, the South African people made many concise intelligent comments.

Documents show the government used tax dollars to promote vaccines, paying many news media outlets for advertising. Documents released March 1, 2022, show why they spent so much.

Despite Mexico now being officially low risk, 95% of the people I see are wearing face masks. I saw one man wearing a mask while working in his garden!

It seems most Mexicans just want to obey and conform.

I like Mexicans but wonder why they are so docile.

According to Immigration, Refugees and Citizenship Canada (IRCC) data, Canada had brought in 105,265 students from China's basic dictatorship by December 31, 2021 -- a truly staggering figure.

Indeed, despite the virus originating in Wuhan, China, and unvaccinated Canadians being prevented from boarding a plane, train, or ferry -- effectively trapping them in a country led by a ruler who hates them -- over fears of COVID, Trudeau apparently has no qualms opening the gates to the children of China's elite, who have regularly wined and dined the Prime Minister.

It is common knowledge that around the world where it is not feasible to fluoridate municipal water supplies the fluoride delivery mechanism is table salt. (If memory serves me correctly, Switzerland is a European example.) I was told over 10 years ago by a long-term Mexican resident, a Canadian ex-pat, that in Mexico the fluoride is distributed in the table salt and that the salt fluoride levels are seven times higher than anywhere else in the world.


Of course, fluoridation is a globalist stratagem. But the extraordinarily high levels in Mexico are not so surprising when one considers the history of Mexican class politics. After all, 500 years ago the natives were sacrificing thousands of victims on a periodic basis and their priests would sell the human flesh thus procured in the public markets.

Cannibalism. Similarly, I was told once that the reason Mexico does not have a developed rail system is that the railroads were used in both revolutions to the advantage of the rebels, and the Mexican elites were not about to make that mistake a third time. Again, class politics.

I talk to lots of people about this regularly. Most people realize that governments and corporations are lying, but the extent of this is not really understood. I think the famous Edgar Hoover quote "The individual is faced with a conspiracy so vast he can hardly believe it exists.." is the best explanation of what we see. Very few fully see it, even of the ones like me who stand outside in minus 20-degree weather for hours holding a sign. I think the conspiracy is far deeper than anyone has publically hypothesized.