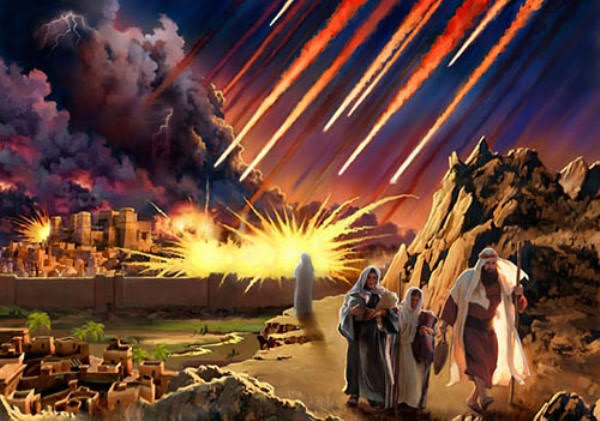 "Kind of reminds you of the homo-obsessed
inhabitants of Sodom, doesn't it?
Remember that story?
They were foaming at the mouth to rape the male angels
who were visiting Lot's house.
The entire city was destroyed by fire and brimstone
because of their perversity."
By Mike Stone
(henrymakow.com)
It's a miracle. Los Angeles, the beachhead of brain-dead liberalism, the most corrupt and ignorantly-run city in the world, has relaxed its mask mandates.
I can actually walk into a store now without getting yelled at and threatened with arrest for not wearing a mask.
I never thought this day would come. I thought we were headed for Australian-style lockdowns and quarantine camps, and maybe we still are.
But for right now it's a temporary reprieve.
The kicker is that roughly 90% of the city's brainwashed inhabitants are still wearing their masks, many of them double and triple masked. My next door neighbor wore his yesterday.
He used to be a tough guy in a T-shirt. Now I feel sad for him.
Why the sudden change in city policy, you ask?
The answer is easy. The same people who have pushed the virus hoax for the last two years have shifted gears and are now pushing for World War III with Russia and China.
That's the thing with hoaxes, you can only push one at a time. The human cattle can't keep their minds on more than one thing, so if you're going to push for World War III, then the virus hoax has to go.
There's actually a screenwriting term for pushing double hoaxes. It's called Double Mumbo Jumbo.
What that means is you can have a superhero movie or you can have a voodoo movie, but you can't have both in the same story.
Doing so will only confuse the audience, so you're allowed only one suspension of disbelief, not two. 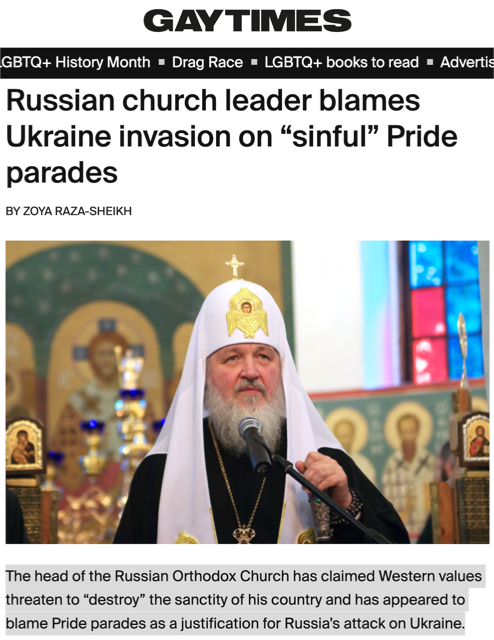 What the hoax pushers are saying is they place a higher priority on pushing globo-homo and pedophilia than they do on enslaving mankind and herding them into quarantine camps. Because that's one of the major reasons behind the Russian invasion: to stop the onslaught of homosexuality and the forced sexualization of children.
Think about that for a moment and two things jump out. The first is that almost everyone operating at the top levels of both the virus hoax and the new "we have to start World War III" hoax is not only obsessed with homosexuality and pedophilia, they're actually enslaved and possessed by it.
Who else would kickstart World War III in order to force their perversity on other people?
Kind of reminds you of the homo-obsessed inhabitants of Sodom, doesn't it?
Remember that story? They were foaming at the mouth to rape the male angels who were visiting in Lot's house. The entire city was destroyed by fire and brimstone because of their perversity. Is starting World War III in order to force children into homosexuality really any different?
The Bible says homosexuality is one of four sins that cry to Heaven for vengeance, and the hoax pushers, by subverting their Mark of the Beast virus hoax agenda to make way for this new hoax are putting their cards on the table. They're telling you, plain as day, that homosexuality, pedophilia and the forced sexualization of children is their number one priority.
The second thing that jumps out at this decision of theirs is how they are perfectly willing to engage in nuclear war, to destroy the entire planet and everything on it, in order to pursue their objectives. Either the whole world goes homo and children are allowed to be raped, or everything goes up in smoke, them included.
Doesn't that again sound like the people of Sodom in Lot's time? Who else, other than people completely possessed, would pursue such a plan? Who else, other than those mired in sin and on the road to hell themselves, would support such a plan. Yet the supporters are all there. The very same morons who fell for the virus hoax are now falling for this hoax.
One good thing to take from all of this is the knowledge that those pushing the hoax are completely incompetent. Their lack of intelligence is stunning and will ultimately be their downfall. Let's hope it doesn't lead to our downfall.
-----------------------
Mike Stone is the author of:
"COVID-19 and Kids: A Parent's Guide to the COVID-19 Pandemic" available here: https://amzn.to/3b4M4Qr
"Reversing the Side Effects of the COVID-19 Vaccine: How to Heal Yourself from Adverse Reactions to the Trump Vaccine and Protect Yourself from Shedding," available here.
"COVID-19 and the Mark of the Beast: What Every Christian Needs to Know About the Trump Vaccine" https://amzn.to/3DA8shu
He is also the author of Based, a young adult novel about race, dating and growing up in America, and A New America, the first novel of the Alt-Right, a dark comedy set on Election Day 2016 in Los Angeles - - Available on Amazon.