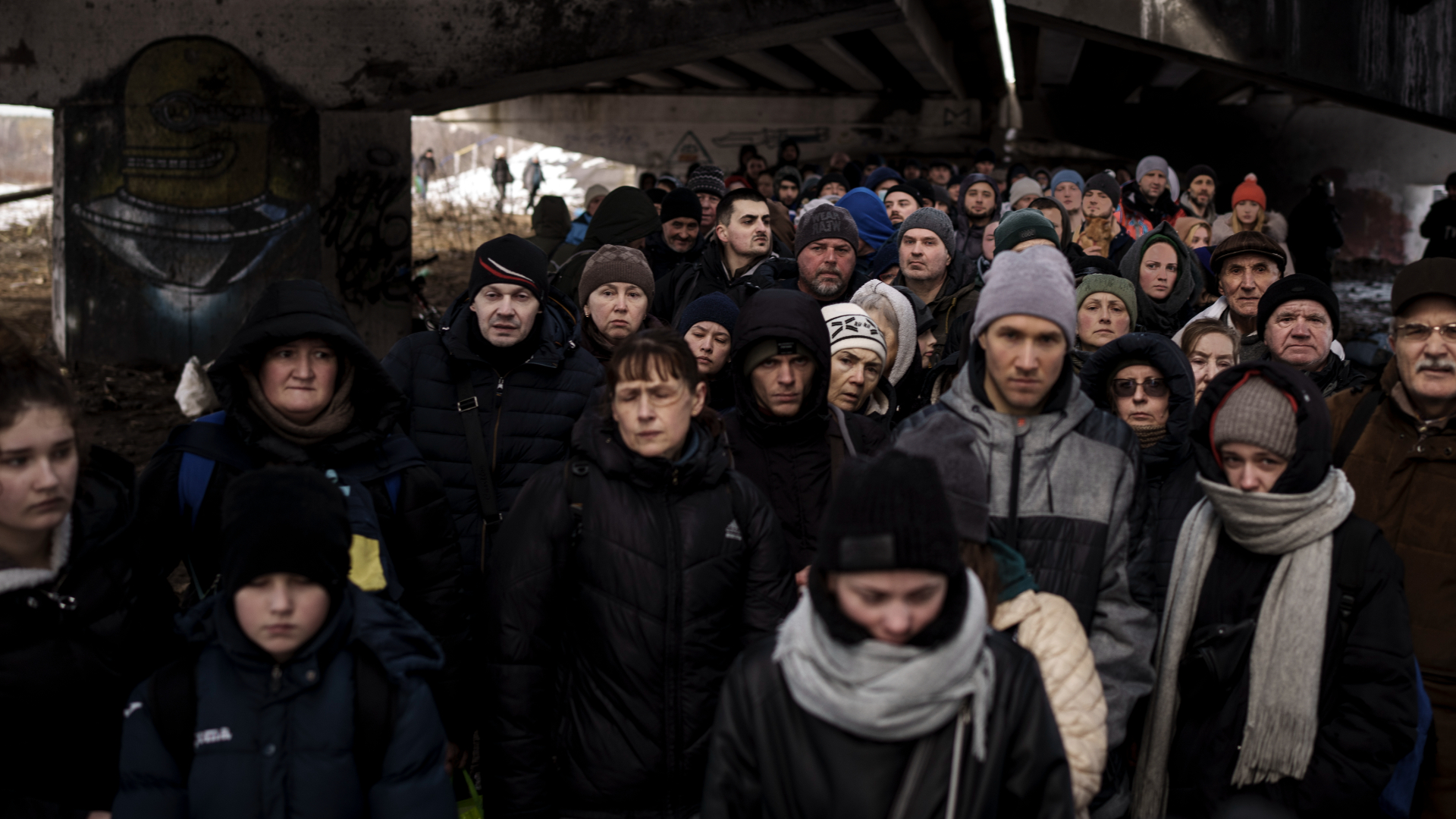 "By our records, 200 thousand civilians are trapped in Mariupol alone and held at gunpoint by the Azov battalion. The humanitarian situation in cities deteriorates rapidly." ... Many Ukrainians fled to Russia. Russian-occupied cities are peaceful.
"I don't want to be a shield": people stuck in Kharkiv say they are tired of being a cover for the Armed Forces of Ukraine

https://readovka.news/news/90650
Statement by Permanent Representative Vassily Nebenzia at UNSC briefing on the humanitarian situation in Ukraine
(Excerpts by henrymakow.com)
Mme.President,

The Permanent Representative of the United States accused us of not complying with our obligations to create safe humanitarian corridors.
Let's sort this out.
Let me underscore that a threat to civilians in Ukraine is posed not by Russian military who do not target civil infrastructure, but by Ukrainian radicals and neo-Nazis who hold population of several cities as hostages. Using civilians as a human shield, they do not let them exit cities even despite humanitarian corridors and ceasefires arranged by the Russian forces. This can be proven by numerous examples.

On 4 March, Russian Defense Ministry and Ukraine's Deputy Prime Minister I.Vereshchuk negotiated parameters of humanitarian corridors from Mariupol to Zaporozhye and from Volnovakh to Denepropetrovsk. They should have opened at 10 am on 5 March. As requested by Kiev, representatives of the ICRC were invited to the areas of humanitarian passages. The Russian side was ready to render comprehensive assistance to maintain security during the evacuation. We informed the UN Secretariat about that in due course.

However the Ukrainian radicals who were in Mariupol violated this agreement. As we take it from an intercepted communication of two commanders of the Azov battalion, the radicals in Volnovakh received an order to kneecap those heading towards humanitarian corridors. Those who dared to leave Mariupol at their own peril and risk, were shot by Ukrainian Nazis at checkpoints when trying to exit the city. Again, there is plenty of video evidence proving this.

By our records, 200 thousand civilians are trapped in Mariupol alone and held at gunpoint by the Azov battalion. The humanitarian situation in cities deteriorates rapidly. As for humanitarians who are ready to help, they cannot get in there and prevent the unfolding disaster. People in other regions of Ukraine that have been blocked by nationalist battalions find themselves in the same desperate situation.

Ukrainian radicals show their true face more distinctly by the day. Locals reports that Ukraine's Armed Forces kicked out personnel of natal hospital #1 of the city of Mariupol and set up a firing site within the facility. Besides, they fully destroyed one of the city's kindergartens.

In addition to this, the Ukrainian side strongly refuses to cooperate with regard to evacuation of civilians from Kharkov and Sumy.

Taking into account the deplorable humanitarian situation and its steep deterioration in Kiev, Kharkov, Sumy, and Mariupol, and also following a personal request of President of France E.Macron to President of Russia V.Putin, Russian Armed Forces announced that at 10.00 am on 7 March 2022, a ceasefire would start and humanitarian corridors from Kiev, Mariupol, and Sumy would open to facilitate exit both to the territory of Russia (for those who would like to use this logistically reliable route), and to the territory of Ukraine. 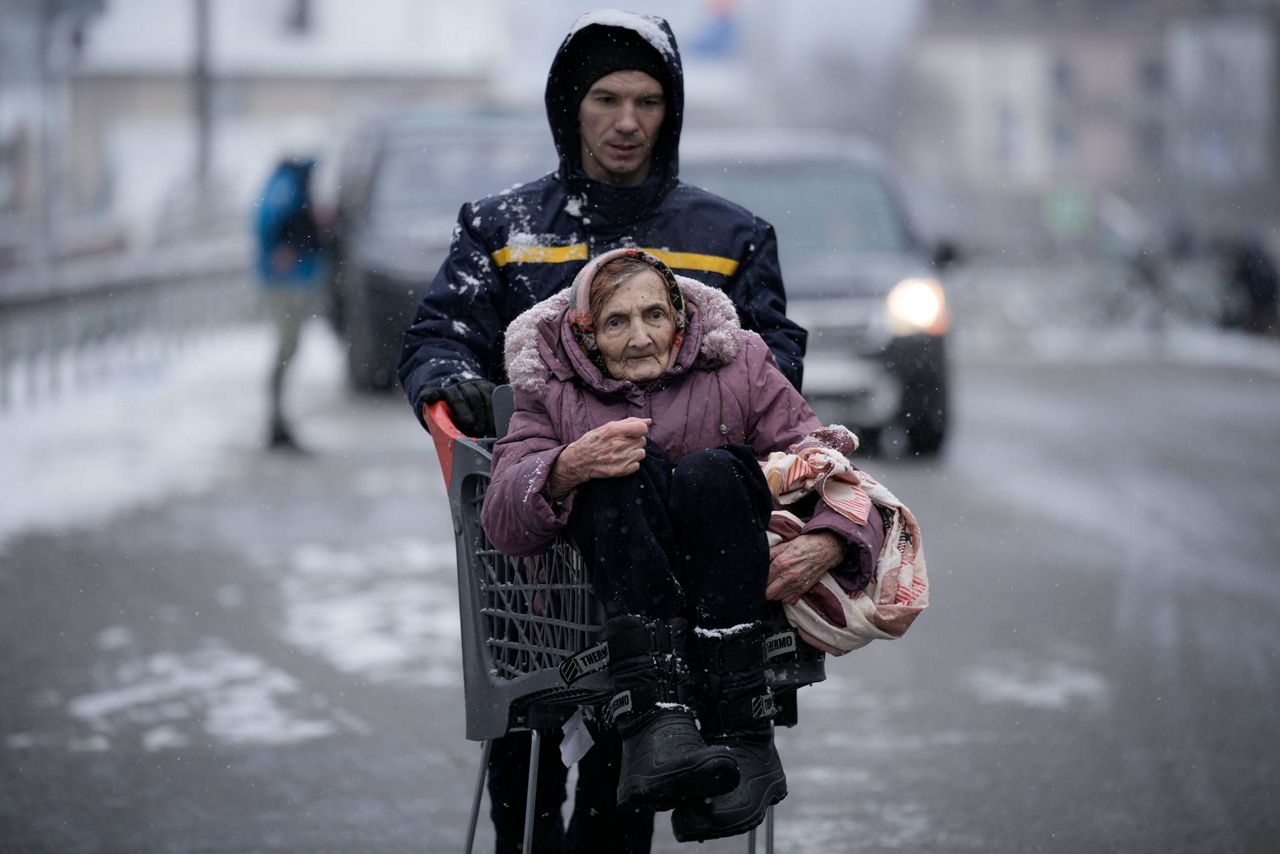 Yesterday evening, this information was communicated to Kiev, specialized mechanisms of the UN, OSCE, ICRC and other international organizations via all available information resources, including Mass Media.

We only received Kiev's official response at 07:10 am Moscow time, and it ignored the humanitarian corridors to Russia. Deputy PM of Ukraine I.Vereshchuk elaborated on this in an official statement, calling the proposal to open humanitarian passages leading to Russia "absurd and unacceptable".

It is clear to us that the Kiev regime tries to prevent exit of civilians and foreign citizens to Russia in every way possible, out of fear that once liberated, people will tell everyone the truth about the acts of Ukrainian radicals.
Actually, people who could escape from the radicals, are already doing this - telling the truth about threats, blackmail, physical violence, shooting civilians and foreigners to kill. To illustrate, let me quote the mayor of Sumy, Mr. Oleksandr Lysenko, who made the following statement today jointly with a commander of a nationalist battalion: "There will be no green corridors, no civilian will exit to Russia, and those who attempt doing so will be shot".
While saying that Ukrainian civilians cannot be evacuated to Russia, Ukrainian officials ignore the fact that Ukrainian refugees are already present in Russian regions. More than 168,000 people have been evacuated to Russia from the areas of the special military operation, including 43,469 children. Over the past 24 hours, the total of 5,550 people have been evacuated, including 740 children.

We organize temporary accommodation facilities, all of them are ready to engage individually with civilians arriving from Ukraine.

Unfortunately, issues of evacuation from other regions also get politicized, as well as issues relating to humanitarian assistance.
In particular, Ukraine's request (that was articulated less than 3 hours prior to the opening of humanitarian corridors) to organize evacuation from a number of settlements controlled by the Russian Armed Forces looks absurd. None of the dwellers of those settlements indicated willingness to leave.
They live peacefully in their homes, nothing threatens them. In parallel to this, we are requested to organize evacuation of population from cities that are so far controlled by nationalist battalions.
Finally, we are asked to deliver Ukrainian allegedly humanitarian cargos to Melitopol and Berdyansk of the Zaporozhye region and the city of Kherson. This also appears cynical with regard to the people of these cities, because currently these areas are under full control of the Russian Armed Forces, and the population lives their peaceful lives while being procured with everything they need, including Russia's humanitarian assistance, 550 tons of which have been delivered to various regions of Ukraine....
Placement of heavy military equipment, including air defense systems, multiple rocket launchers, and bombardment artillery in densely populated areas are no longer sporadic cases, but rather an established practice for Ukrainian nationalist battalions. To the protests of the local population and demands to withdraw the equipment, they respond with threats to use weapons.
This sort of cowardly behavior of combatants who use civilians as hostages breaks not only the rules of morality, but also the international humanitarian law, including Articles 57 and 58 of the first Additional Protocol to 1949 Geneva Conventions. Besides, in a number of cities, especially in Odessa, they place equipment in vicinity of or inside cultural heritage sites, which violates Article 53 of the mentioned Additional Protocol.
Undermining of evacuation of civilians via humanitarian corridors is a violation of Article 75 of the mentioned Additional Protocol, whereas tortures of Russian prisoners of war, footage of which is published on social media, infringes Article 14 of 1949 Geneva Convention which directly stipulates respect for the personality and dignity of prisoners of war under any circumstances.

Colleagues, I call you to give a proper assessment to these blatant cases. We expect the UN leadership to do the same. Otherwise you only encourage Ukrainian radicals and neo-Nazis to commit further crimes.

Why do so many governments respect and continue to contract with the UN's hypocritical legal façade?
The UN was founded by the synagogue of satan so what can we expect from the UN but more satanism?

All of the UN charters are absurd and the people that believe in them are just contracting with the devil; All can expect to be disappointed.

The UN's WHO unleashed a ridiculous common cold pandemic hoax drill over the past 2 years and if Russia didn't step in and blindside the Khazarians in the Ukraine the REAL PANDEMIC would have been released this March.
https://www.bitchute.com/video/7MWJ1jmrOUS8/

(1min35sec in) Captain Gold, Azov Battalion Instructor. Does "Gold" sound like a Ukrainian name? Here he is planting the seeds of poison in the soft skulls of the youth.
https://www.bitchute.com/video/ejabvDVWYmfF/

Is the president Zelesnkyy and members in his cabinet ethnic Ukrainians? Of course not.
Jews are holding the Ukrainian people hostage.

It's not the first time that Russian Christians have saved the world from Khazarian Satanists; According to Dr. Peter Beter, Nelson Rockefeller was trying to start Nuclear War One in the 1970s but a tough band of Russian Christians assassinated Nelson and took over the US gov't long enough to stop it;
https://www.peterdavidbeter.com/docs/Dr-Peter-Beter/Dr_Peter_Beter_AL-44-Part-01.mp3
https://www.peterdavidbeter.com/

Eternal God, His word Yeshua and the people that love Him, like the brave Russian Christians are the solution.

The UN is the fucking problem, not the solution.