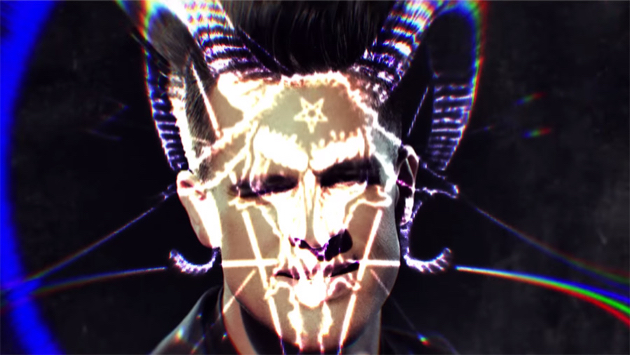 "Judaism is a system of magic made into a faith.  The Jews ... tend to believe not that they will be in full power over the rest one day, but that they alone have always been in full control of everything in the universe and that by original divine design no single thing outside their authority has ever had any efficacious will of its own; the only problem being that most Jewish individuals haven't yet developed the practical qualities and capabilities to be admitted among the hidden decision-makers."
Francis, a white voodoo adept, has contributed many articles to this site.
from July 15, 2017
by Francis
(henrymakow.com)
The reality about Jews and Zionists is one hundred times worse than described by the Protocols.  The Protocols, though true as to most of what they describe, are a gross understatement of what has been happening, as Jules Verne who saw many modern things coming but not for instance the atomic bomb.  The real thing is just too monstrous not to get mad writing about it.
Here are some of the grave understatements about the Protocols :
1) No mention at all is made of black magic and sorcery, which is the real main thing about the Jewish phenomenon, of which debt finance and usury are but one iceberg tip.
2) No mention is made of Kabbalah.  As I told you, you cannot understand a book like the Talmud if you deem it to be of mere religion, however perverted and inverted : if you read it as a grimoire, [a book of magic spells and invocations] then you start getting the gist of it. 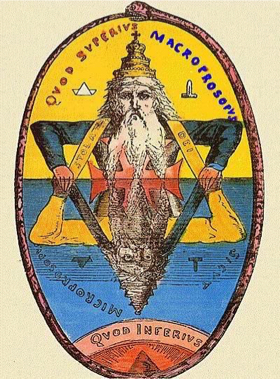 One point in Francis' article I found interesting;
Point 9 The use of ...crowd control through infra-sound used as a weapon, a thing that can be operated with mere drums if you know how.
When I see the behaviour of the crowd today my mind often returns to old memories of Jungle Jim and Tarzan where the "natives" were restless. I used to thank goodness I was educated and not as stupid as them. The Chief was manipulated by the evil witch doctor who was also winding the tribe into a frenzy with jungle juice and the drums that went into the night. You do not see this story line much these days. The last example I remember was Disney's El Dorado.

Propaganda and crowd control is a fine art these days.

Sadly I spent the day in wage slavery, it happens. I was very intrigued by this article by Francis. I think he is the contributor whose material interests me the most out of all of your contributors. I am interested in what this man knows because of his experiences in Haiti. I have a few questions for him and I know that he likes to answer questions.

First question is, if I have latent occult power thru my mother, how is it that I am not cognizant of that? If I am pushy and manipulative is that what you mean by latent occult power? Because I can do , not that I think it is good, but I do not have any magical abilities. In my childhood I was sent to an Orthodox Jewish school where I learned the children's moral version of Judaism. When we would cry the teachers told us God would never make us do more than we could handle. I actually believed what I was taught, so I am not into Kabbalah, as I never progressed in Rabbinic studies but studied on my own.

So how is that we can have occult power and not be aware of this? How are you so sure it is passed thru the maternal line? How can I theoretically activate these latent abilities for positivity?

I own many volumes of Talmuds and have found much magical formulas in it, but not frequently. The majority of the material is about ritual purity? How is it that you make the connection between the handling of objects, and their occult power? What power are you talking about can you give an example? How is that not just ritual purity? Are you saying the "sod" is just any possible way to make money off of distorting a verse? Lastly, is your white voodoo a worship of a higher power or are you dealing with celestial entities other than God? Are they angels or demons? Thank you

I agree with Tony B that it is completely unrealistic to expect the 19th-century author(s) of the Protocols to have discussed all the strategies we can now see with hindsight. Climate change, radical feminism, and the deployment of (Wahhabi) Muslims were still far away.

Though the Protocols make no reference to cinema, which would have been at best in its infancy, they do state: â€œIn order that the masses may not guess what they are about we further distract them with amusements, games, pastimes, passions, peoples palaces. Soon we shall begin through the press to propose competitions in art, in sport of all kinds.â€ (Protocol 13:3)

Should we dismiss the Protocols because they didnâ€™t mention cable TV or smartphones? It is not true that America is never mentioned; they say that â€œwe shall respond with the guns of America.â€

It is true that they do not specifically mention child sacrifice, but I donâ€™t believe the Talmud does either; itâ€™s probably something you donâ€™t normally put on the record.

Yet both documents are equally contemptuous of the lives of the Goyim. I appreciate the authorâ€™s calling attention to the Kabbalistic aspects of Judaism, but I think the intended audience of the Protocols was probably a Judaic sector less schooled in magic arts. The Protocols make no claim to covering every facet of the grand strategy; in fact, as I recall, in an earlier post in this series on henrymakow.com, it was mentioned that the Protocols were most likely a â€œcompressedâ€ version of the original. Any omissions are greatly outweighed by the vast number of fulfilled predictions.

Incidentally, this is the first time Iâ€™ve seen the Protocols described as insufficiently evil!

This man seems to have no concept of time whatsoever, condemning the protocols for not mentioning a long list of things which did not exist when this one set of speech notes were written.

Nor does it occur to him that, in all likelihood, these speeches are recurring events, probably yearly, and germane to the time presented. And probably still are.

As these speech notes were stolen in Paris, they likely WERE aimed at Europe primarily.

Moreover, they were written concerning a political takeover of the world. For what reason would the writer want to reveal all the even more sinister sides of satanism which revelation could very easily turn many against their plan of physical world conquest, even those in agreement with that? It should be obvious to anyone that those things were the knowledge of a small minority, not to all Jewry, nor even to all who wished to own the physical world.

There is an unbalanced, fanatical, perspective in this man's words.

Great articles on the Protocols!

Could you imagine Steve Jobs at the height of his and Apple's popularity publishing commentary on the Protocol's every week for two years?

That is what Henry Ford did in the roaring 20's as America's most popular entrepreneur by publishing The International Jew.

He helps validates their authenticity. It took great courage to publish...which he later had to downplay as I believe his life, family and company were seriously threatened.