Ten Things to Feel Positive About 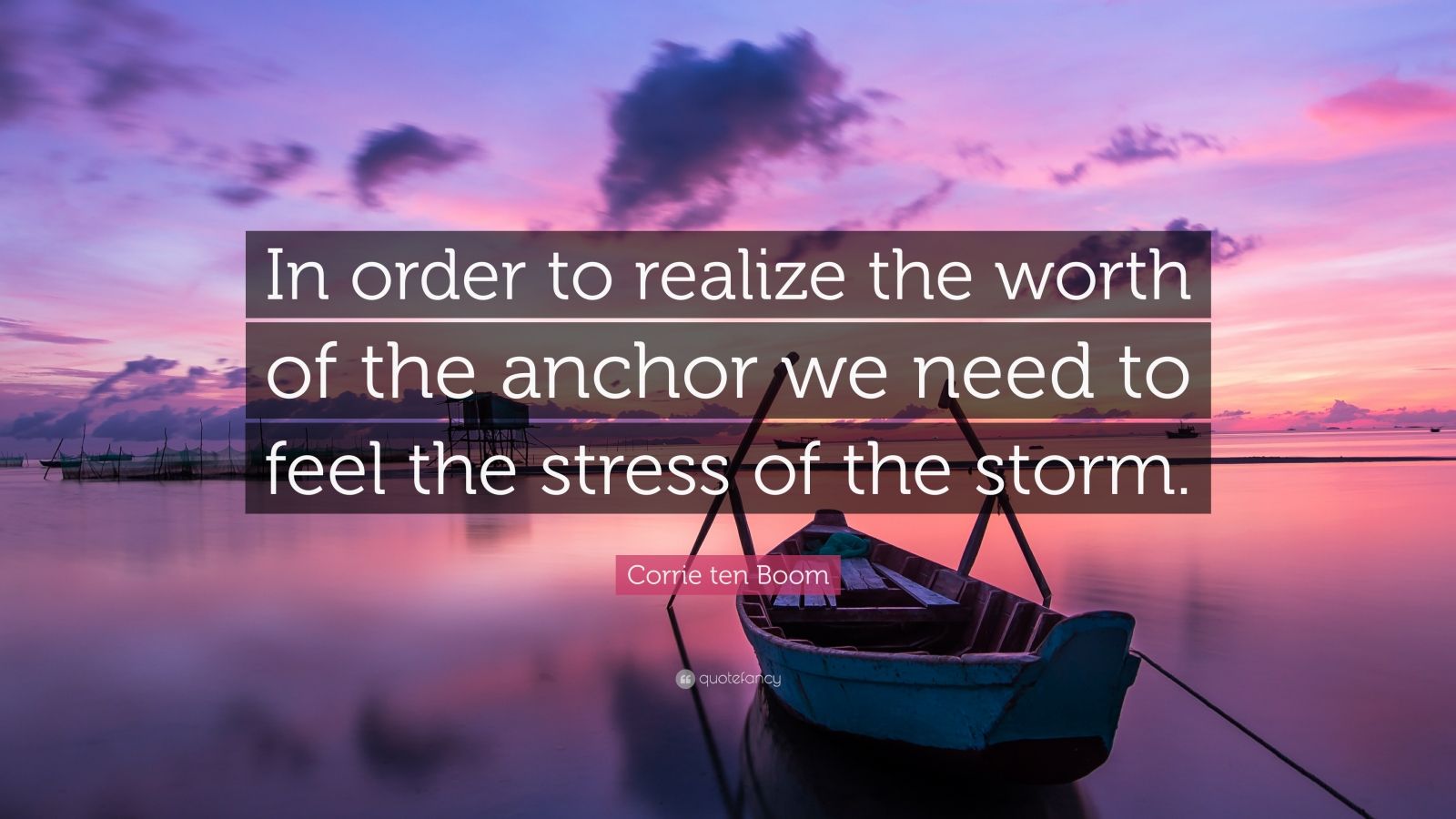 This site has been a bit negative lately,
so I decided to think positively!
I wanted to list 10 things we can feel good about.
I could only come up with six, so I invite you to send more.
hmakow@gmail.com
In addition, I am posting a comment from "Lucid Cunning" on Reddit Conspiracy
who has a solution for depression. Don't read sites like this!
Makow's four things we can feel positive about.
1. The covid scam and Ukraine are reality checks. As the meme above suggests, we have not been tested for a long time. Instead we have been duped and manipulated. We have grown self indulgent, stupid, entitled and soft. Now they've torn away the curtain and let us in on our real condition. Far from being free citizens of democracies designed to uplift its citizens, our governments, media and social institutions have been taken over by "globalists" intent on killing or enslaving us.  Without their candor, and overreach, we could have gone on for decades living in a fantasy. Now we are being tested.
2. The Internet. We enjoy instant worldwide communication. This is a miracle! Ultimately the Internet may cause the globalist agenda to fail. Never before have a people been subjugated when they could access accurate information and communicate with each other instantly. Politics aside, the Internet puts a wealth of of entertainment and information at your finger tips, at little cost. It is truly a Blessing.
3.  We're alive!  --- Love is the Law.  Love transcends differences. For example, my wife is a political moron yet we still love each other.  We're not going to get anywhere hating political morons. We once were political morons ourselves. Our disagreements are a temporary misunderstanding. They don't mean the other person doesn't have many wonderful redeeming qualities. We are all human. Ultimately quite similar.
Life on earth is a miracle. We're all actors in an incredible drama. Let's enjoy the spectacle.  Let's be Real.
4. God is Love. God is unassailable. Even if humanity goes down the drain, it is just a second in Eternity. We'll be back!
Look at this video of a crow that expresses such love for a man who rescued it.  Wild Crow has Coffee with its Rescuer
We can feel positive about NATURE. Love pervades the natural world. This crow is so human, more lovable because it's a bird.
We don't love people for their excellent qualities. We love them because they love us!!  Let's find people to love!
5. Health. This is something that money can't buy. If you are healthy, don't take it for granted.
6. Vlad Putin. In the words of Tony Blizzard, "We are not far off of having to kiss his feet.  This guy has almost single handedly STOPPED THE RESET.  Their monotheistic world is in tatters already and PUTIN HAS ACCOMPLISHED THIS WITH LESS THAN HALF THE POWER IN RUSSIA. Putin has, in an ultra short time, built a powerhouse all the Rothschild money influence in the world cannot overcome.  More and more nations are leaving Rothschild enslavement to join with, in many ways free, Russia/China, et al.  Satan's reign is being rapidly weakened by a man who actually speaks and acts in a Christian manner.  He knows the strength of righteousness as well as the weakness of satanic destruction of proper rule, proper morality.  Apparently so do his soldiers."

Be very thankful for the world changes coming about via the clear mind of this one man.  Which seems impossible without supernatural cooperation. 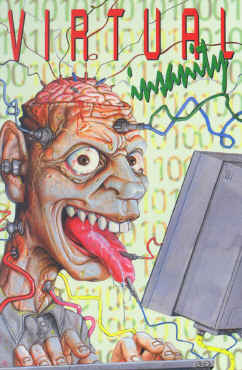 "Lucid Cunning" is a man who discovered the key to happiness. STOP reading sites like mine!
Focus on what you can control.
I unplugged from almost all news for a month, including this website (Reddit Conspiracy,) and it's the happiest I've been in a very long time.

I grew up being lied to in every way by my culture. First I found out the religion of my childhood was lying, then I found out the media lies, then I found out as I got older the politicians and corporations lie, and finally I discovered that even scientists lie. My adult life has literally been a whirlwind of uncovering one depressing truth after another, and since Covid it's like my Spidey Senses have ramped themselves up into overdrive. I've been obsessed, and because I've been playing this game a long time, I predicted the general pattern of most things that have happened in the last two years. (Along with many of you.) Suffice to say, I had been way too immersed in negative idea after negative idea for way too long.

So I took a break. I stopped watching and reading 90% of the news I had been before, got outside more, and started up a Role Playing Game I had been putting off for a while and immersed my self in its world... and it's all changed my entire outlook. I'm happier than I've been in years, and I'm actually stunned at how easy the shift was. All I had to do was A: unplug for a while and B: focus on things that made me happy. TRULY happy. This isn't ignorance or avoidance. I know what's going on. (That last 10% of the news I haven't given up.) But I look at it, become aware, and then turn away.

I would say a good half of the game the elites are playing is fear mongering. Humans do dumb things when they are afraid. They freeze. They become hostile. They self-destruct. I've realized... I'm never giving them my fear again. That part is done. I'm ready to stay positive and vibrate in love, and I just wanted to remind you all that if you haven't unplugged in a while, you really ought to. It might actually change your life to walk away from all the news for 30 days and do something you love that you've been putting off.

I'm ready to come back to discussing world events now, but not *nearly* as much as before. I've realized through this "fast" that over indulgence in anything is unhealthy, including absorbing world events. There are a million good things happening outside your door, so don't let the media turn your attention to every bad thing that is going on thousands of miles away. Speaking from my immediate experience, just stay in the moment and you'll feel more peace and happiness. Don't let them have your fear and your excessive attention. Change your focus and your life will change."
------
Related- Surviving the New World Odor
---------------    Unplugging the New World Odor
First Comment from JS

I appreciate your list of positive things that you shared. I would add getting outside in the sunlight without taking the phone with you, and listening to beautiful, uplifting music on a regular basis. I also get together with my buddies every Sunday to play basketball where there is little to no discussion of current events other than surface level topics for the most part.

I use Facebook to share music that has a positive and encouraging message for those with ears to hear. Your website has been the first thing that I have read in the morning for 10 plus years, but that has changed over the past year since I already know that this world is going into the sewer.

My inner peace and tranquility is much more valuable to me than keeping tabs on the latest antics of the satanists and psychopaths who run the planet.

I also make a conscious effort to engage with my neighbors in conversation or simply smiling at them at sending them a silent "God bless you".

Since the covid scam started, I have made a conscious effort to engage with people to calm them down, and shine light into the darkness on a daily basis.

Comments for "Ten Things to Feel Positive About "

Things to be thankful for? That was a blank empty process for about 10 seconds then I thought about YOU!

I often think about you personally lately, just before leaving Canada and after you revealed your move to Mexico (back then the daily tyrannical news of Canada was dominating and I would think "oh no there going to stop Henry"

I'm 60 and I left Seattle in 2016 with my angry Russian wife of then 12 years and son and moved to Russia,.....I like it here....despite being surrounded by normes.

You never bring me down, the truth can't do that cus it's the truth....but then you make sure by giving wonderful pieces like the fiction court case from shaming your dog and so many other more personal ones peppered into our readings.

Be Safe Buddy....you're the spiritual leader of my Apoch-a-Optimist life.

Love love love everything you do, and especially the way you do it.