Satanist Insider - The Calm Before the Storm 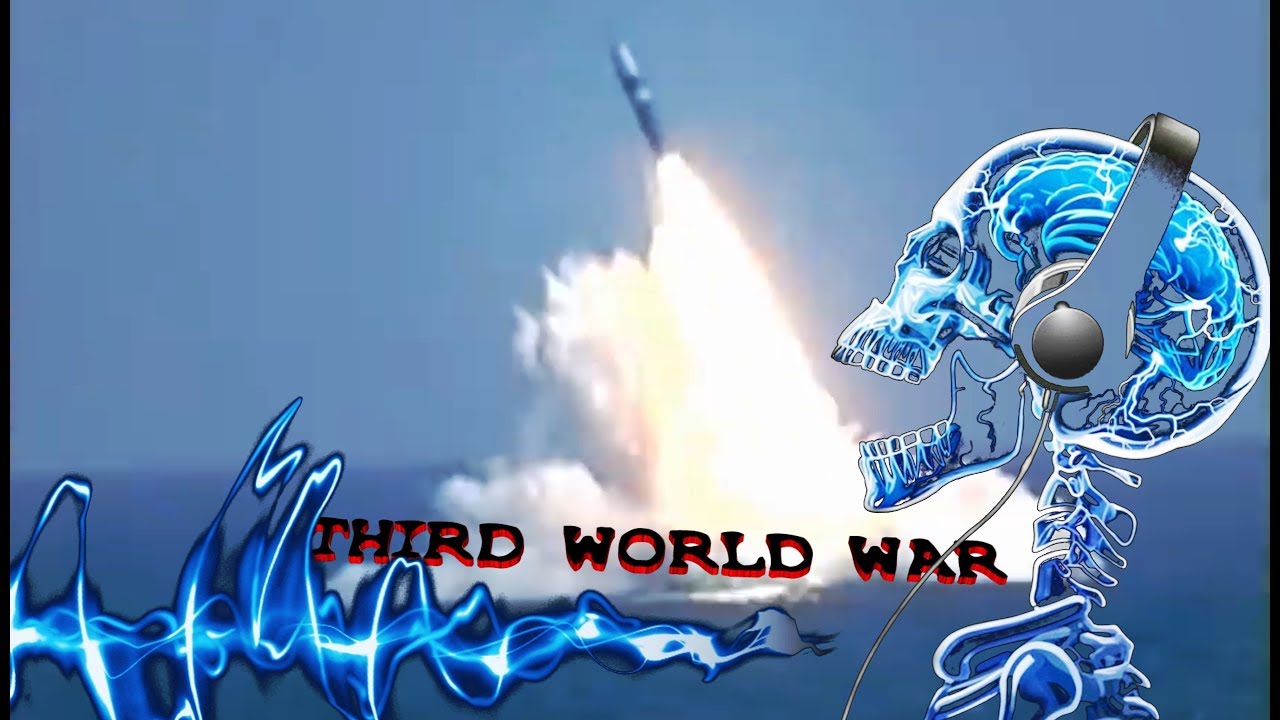 "I made inquiries (as much as I can) and was told that the plan is that the Third World War will be caused "by dogma". It won't kill too many initially. The deaths will come more slowly and over time from radiation exposure."
(Disclaimer- These are the latest ramblings of Aloysius Fozdyke, the man who first revealed satanist control of the planet in 2004.)

Success is its Own Reward

by Aloysius Fozdyke
(henrymakow.com)
One of the many reasons I was chosen to publish material was to gauge the reaction of the sheeple.
My Mentor, through me, had grandiose success with David Vaughan Icke and both he and I via you.
(Makow- I am not their agent so we should not assume Icke is)
I give my thanks. Early on it was obvious we would succeed.

Right now, is the sunshine before the storm. And the storm is like nothing else - ever!
If you haven't bothered to get your head around what's to come down, that's your problem. I've told you. I'll be harvesting and directing the low vibrational, almost physical energies that are produced by human suffering and death, whilst comfortably watching the end of life as we thought we all knew it. What the filth have sown for themselves, I will harvest - at least in part.

As Satanists, we're either too dug in or moving too fast, but we live in the material world. Fuel shortages, inflation (in third world food prices, then general food prices), starvation, supply chain disintegration, economic collapse, society breakdown, rising crimes of violence and lots of 'people' going cold turkey from their mood-altering meds - all at the same time! It's already started.

The white races, the western world, the Europeans are killing themselves. The vaccinated are and will continue to die off.  As events unfold to stand erect - the deaths, sadness, misery, hunger and suffering will produce almost physical energies in abundance. Whether you agree that this is a good thing doesn't matter, because these energies will be there! I won't be wasting these super-abundant energies. I exploit humanity for much as I can get. Why not?

China has been strengthened while developing countries have received a boost at the 'western' world's expense. These effects will continue. China, Russia, India and an alternative to SWIFT - the New World Order.

America is an Israeli colony and has been for decades. The American media is Jewish-owned and controlled, even members of the US government swear an oath to Israel. Therefore, I wasn't surprised at how quickly and ignorantly the plebs became Russophobic and did what they were told. If you can't see the Jewish dimension to what has happened, well I'll forego making any comments. And which was the last country to win a war against Russia?
(Makow-- The Ukraine i.e. Khazaria is the original Jewish homeland, before Organized Jewry decided to take everyone else's.)
I made inquiries (as much as I can) and was told that the plan is that the Third World War will be caused "by dogma". It won't kill too many initially. The deaths will come more slowly and over time from radiation exposure.
Obviously, even we can't guarantee these things, but that's what I'm told is the script: Take it or leave it. The die off will continue regardless and without WWIII.
The Satanic Alpha Lodge doesn't want WWIII as it diminishes our work and investment in the future.

The New World Order will be Satanic, stratified and controlled by the Chinese. Ignorant, stupid, compliant, gutless and honourless Whitey is doomed, and rightly so.
The American empire is falling. Bank branches everywhere are closing, because convenient, digital currency is coming quickly - for those who survive. My work is done. It'll last many, many brutally and technologically enforced generations.

Last, but not least - Satan is the only God who truly cares! Satan wants us to become individual, isolated, autonomous deities; but Satan accepts all who seek Him, just as they are.
Satan demands study and action, but not worship! The Age of Satan is in its early infancy. We await The Usher of Desecration to make open the way for the glorious manifestation of Vindex.

---------
Related - Sydney is a Satanist Stronghold
First Comment from VS
Aloysious Fozdyke said almost nothing new except for the little that's stale news and the rest of his missive is fudge or conjecture. China will be brought down like the rest of the world. Israel is a scapegoat of the elites and will be destroyed. Jews serve as useful idiots for the elites and most will be gone as per the plan of the elites. The best indicator of what's coming in 8-10 years is the Georgia Guidestones not Deagel. Aloysius himself is sheeple and will be got rid off once the agenda is in its last stage of fulfillment. He'll go screaming and kicking to his grave.

AJF replies-
"Aloysious Fozdyke said almost nothing new except for the little that's stale news and the rest of his missive is fudge or conjecture."

Well, as we're claiming victory, I guess that leaves you with death. 'The Lord is my shepherd' - 'like lambs to the slaughter'. The expendable masses are a living travesty of and to themselves.

"The Earth's energy grid was altered on Friday the 9th of December, 2011 by magicians working at energy points around the globe: Ayers Rock, the Flinders Ranges, Osaka, some megaliths in Wiltshire and other locations. This subtle, yet powerful, shifting will increase in effect, with time." Summer Valentine from a Satanist - 26th of June 2013.

Anyone now prepared to doubt my statement? Or the fact that I knew the future restructure of society, in a way which was unbelievable just those few short years ago?

In my recent article I stated, "Bank branches everywhere are closing, because convenient, digital currency is coming quickly..." Anyone pick up on that word "quickly"? I've given it to your readers - chapter and verse - including that gold will be confiscated. I 'explained' the legal, political and economic basis of China's acquisition of Australia, New Zealand and Canada. No one else has. That's underway - big time.

I told you we use Paradigm Magick, ritual and that bank accounts will be "quickly" seized. I named names no one else did.

My Work is done. The future of the English-speaking western world is Chinese - don't think communism, but a technologically advanced feudalism. Your descendants will be just like you and that's reassuring.

I don't care what others opine.

Comments for "Satanist Insider - The Calm Before the Storm"

"The Earth's energy grid was altered on Friday the 9th of December, 2011 by magicians working at energy points around the globe: " - Aloysius Fozdyke

Once again he's wrong. He's a born liar. Those deep in meditation saw nothing about this great shift in the Earth's energy field caused by Illuminati witches. Any alteration would be as clear as daylight to the meditative vision of genuine and righteous mystics. All they're seeing is a descent of a higher transforming consciousness on to Earth to accelerate the 6th mass species extinction that's currently underway. Just 1.5 % of all species that ever lived survive today and of these 80-85% including 90% of humans will go within 3-7 years. The elites are used by the Divine as useful idiots to fulfil the plan of mass extermination of humans as part of the divine paradigm shift in consciousness that wants a clear field before it acts to establish heaven on earth.

Once the genocide is over by 2028-30, a strict police state will rule 800 million-1 billion human survivors for 10 years. 85-90% of the Chinese people will be in their graves. China's just a false front.

India, Israel and ME to be almost completely destroyed. Most human survivors will be White, East Asians and a few others. Then in 2040-42, another descent of the transforming higher consciousness will take place to eliminate the elites and satanists. Thereafter, a new spiritual age of righteousness manifests in the world.

Aloysius Fozdyke is a joker and a useful idiot who'll be brutally eliminated once his services of false propaganda are no longer required. RIP, Aloysius.

I don’t know if Aloysious Fozdyke is real or not, but what he is saying appears to be real, but not new. And that is because everything has been exposed or predicted. The Deagel prediction, showing the US population going to under 100 million, would only be achieved if similar reduction in numbers of most other countries were to happen. But Deagel did not show that. While the fake pandemic was the original method to reduce the world population to the Georgia Guidestone levels, the elite no longer believe that would be achievable. Due to the fact that some countries, with significant populations and enough military power, may not be on board. The dilemma for the elite is that they have been using NATO in general and the US and UK in particular to enforce their agenda. Thus, killing the golden goose may not be wise. Giving that, and assuming the Georgia Guidestone goals are real, the only know option at this time in age, would be a world war.

Here in the Twin Cities, we have multiple mixed signals. The airport just built a $245 million parking ramp; the St. Paul Kellogg Street bridge needs $145 million in repairs that have been 8 years delayed. Why invest in anything, if in 10 years, the population will be decimated? I wonder, if they truly got rid of us in the scale constantly pointed out in the Georgia Guidestones, who will be here to delivery, fix or repair things their world? Robots? I don’t think so. That technology works until it does not. Then what?

The ruse is bigger than all this. We have a Satan as defined in the Bible. I cannot help but wonder if one asked Satan, “Why are you evil?” His reply would be a shrug of the shoulders. Because really, where is he going after the destruction?