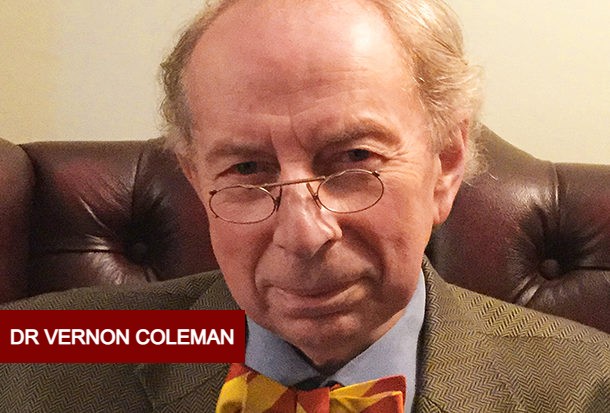 "The disease known as covid-19 is simply the common... re-branded and expensively marketed flu ... The total number who have died from covid-19 has been established to be no more - and possibly fewer - than die every year from the ordinary flu."
"Our watchwords are force and make-believe."  Protocols of the Elders of Zion - 1
"Make-believe"   means deception, i.e. a psy op like 9-11 or COVID
"By way of deception, thou shalt wage war."   Mossad credo.
by Dr. Vernon Coleman
(henrymakow.com)

There is a myth that the covid fraud is over.

The fact is that they are still jabbing - now jabbing small children with an experimental drug that doesn't work and isn't safe or necessary - and they are steadfastly ignoring the damage done by the covid jabs and finding dozens of new explanations for the epidemic of myocarditis, strokes, hepatitis and death following in the wake of all those hugely profitable jabbing sprees. All warfare is based on deception and this is warfare so deception is inevitable.

The EU's Digital Covid Certificate - the so-called green pass - is still in use, still being promoted and rolled out and still a threat to our freedom and survival. If you want to be able to travel freely round the EU zone you'll need a certificate to prove you've been jabbed or have had a negative test. Either way the certificate is adequate proof of compliance and rank stupidity.

And so, of course, they are continuing with the PCR tests. They are performing millions of these useless and dangerous tests on hospital patients and travellers. In some countries hundreds of thousands of people have to have the test done daily in order to keep their jobs. The unions, which should be protecting their members, either say nothing or actively encourage the testing. And it looks as if the plan is to continue with the tests indefinitely - even though the tests are, like the jabs, known to be ineffective and dangerous. 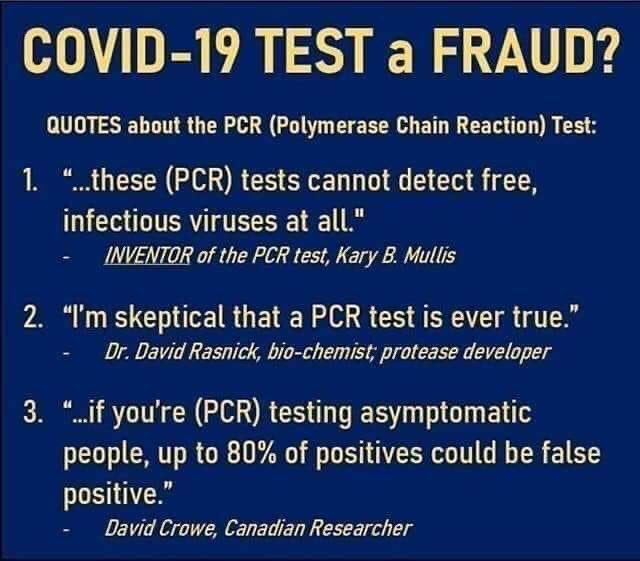 I warned about the PCR tests a year or two ago. I warned that they were deadly and ineffective. And in June 2020 I warned that the covid tests could and would be used to collect DNA samples.

After all the polymerase chain reaction procedures - PCR tests to you and I - were originally designed - years ago - to collect DNA samples.

Naturally, the response was a loud chorus of sneers and the usual torrent of abuse from the plague of so-called journalists and so-called fact checkers who've invaded the world and who would claim that jumping off high buildings was a safe hobby if they were told to do so - and given a few quid for their time.

Incidentally, anyone who still believes anything the so-called fact checkers say should look at my video entitled dated Dec 1 2021 in which I demolish fact checkers once and for all. The simple truth - which no fact checker would dare acknowledge because they'd never get any more big fat cheques if they did - is that I've made over 300 videos and put hundreds of articles on my website and I have not yet made any false claims or inaccurate predictions. None.

The so-called fact checkers are, like YouTube, Google, Wikipedia and the mainstream media - responsible for hundreds of thousands of deaths and one day they will surely be made to stand trial for the way they have suppressed the truth, demonised the truth-tellers and promoted lies and deceits.

And what sort of monsters create and sustain a false threat and then create and sell a so-called test that is useless and dangerous and offer the fearful, as comfort, a fake protection that doesn't do what it is said to do but will kill and maim. It's a classic drug company ploy. They've done it scores of times. Hundreds of times. I've been describing this evil trick for over half a century.

The evidence that the PCR test is dangerous and useless is now so overwhelming that you'd have to be a fully certified half-wit - as dumb as a government minister or as corrupt as a member of the medical establishment - to believe that the PCR test is useful or reliable. As I've been saying for two years, tossing a coin would be more scientific because at least you'd have a 50% chance of getting the right result.

And yet the PCR test is as popular as ever. Billions of them have been done. And some companies charge £100 to £200 for a single test. Multiply £100 by a few billion and you get a sum that even Musk, Gates or a TV doctor would consider worth pocketing.

Most of the tests are done by people who have had little or no medical training. Teachers, dustmen and people who think that you can't get pregnant if you do it standing up and that if you eat enough carrots you'll be able to see in the dark will happily stuff a test stick up the noses of trusting folk without any idea of the hazard of the test they are performing.

Millions of tests have been self-administered by people who probably needed help to find their noses.

What none of these people understand is that no test is without risk and tests are only worth doing if the disease for which the test is used is significant. A test to see if you have cancer may - or may not - be worthwhile and worth a risk. Sometimes a test might be worth risking even if it is dangerous. 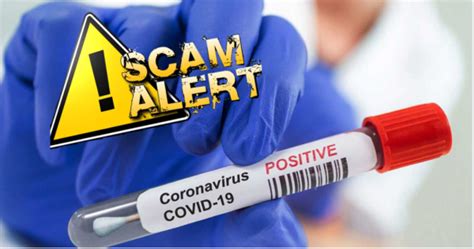 But a test to see if you have the flu - and as I have now proved so often that it's boring, the disease known as covid-19 is simply the common or garden variety rebranded, expensively marketed flu. It is pretty well pointless and so no risk is worth taking. The total number who have died from covid-19 has been established to be no more - and possibly fewer - than die every year from the ordinary flu.

No one has ever suggested performing potentially lethal tests on healthy people to see if they might unknowingly have the flu.

The truth is that in my opinion anyone still promoting or advocating or using the PCR test should, in my view, be arrested for fraud. Anyone willingly having a PCR test needs to have their head examined - professionally - to make sure that there's something inside.

(NOTE: My video (with the same title as this article) contains a mass of examples of just how the dangerous the PCR test can be. I've quoted scientific papers showing how the PCR test has caused patients to have cerebrospinal fluid leaking from their noses. It has caused meningitis. It has killed people. Before ever giving a PCR test, serious questions need to be asked about a patient's medical history.)

Anyone who has a PCR test and then has a runny nose should see a doctor to check that the fluid isn't cerebrospinal fluid.

Sadly, 99% of the people doing the PCR tests know nothing about anatomy. They probably stick an ice pick in someone's ear if they were told to do so - and given a bag of sweets as a fee.

Anyone who isn't convinced that the PCR testing programme is based on ignorance, stupidity, greed and corruption - rather than science or medicine - is clearly either insane, one of the conspirators, a so-called fact checker or an employee of the BBC.

Anyone who isn't convinced that the PCR programme must stop now, completely and globally, is irredeemably evil.

Don't forget to watch my friend Dr Colin Barron's amazing videos which are always pertinent and always entertaining. Read The Light paper and visit the www.lightpaper.co.uk

Please visit my own websites www.vernoncoleman.org and www.vernoncoleman.com. There are free articles and new stuff is added most days. Remember, too, I'm banned from all social media. Anything you see with my name on it on Facebook, Telegram, Linked-In, Twitter or anywhere is fake and should be reported. I'm pleased to report, however, that my much banned book `Covid-19: The Greatest Hoax in History is now available from www.korsgaardpublishing.com

Distrust the government, avoid mass media and fight the lies.
-------------------------
Vernon Coleman's book Endgame explains what has been happening, what is happening and what is going to happen - unless we stop it. Endgame is available as a hardback, a paperback and an eBook.
Related: The video contains more material than this transcript because Dr Coleman read extracts from a number of scientific papers.