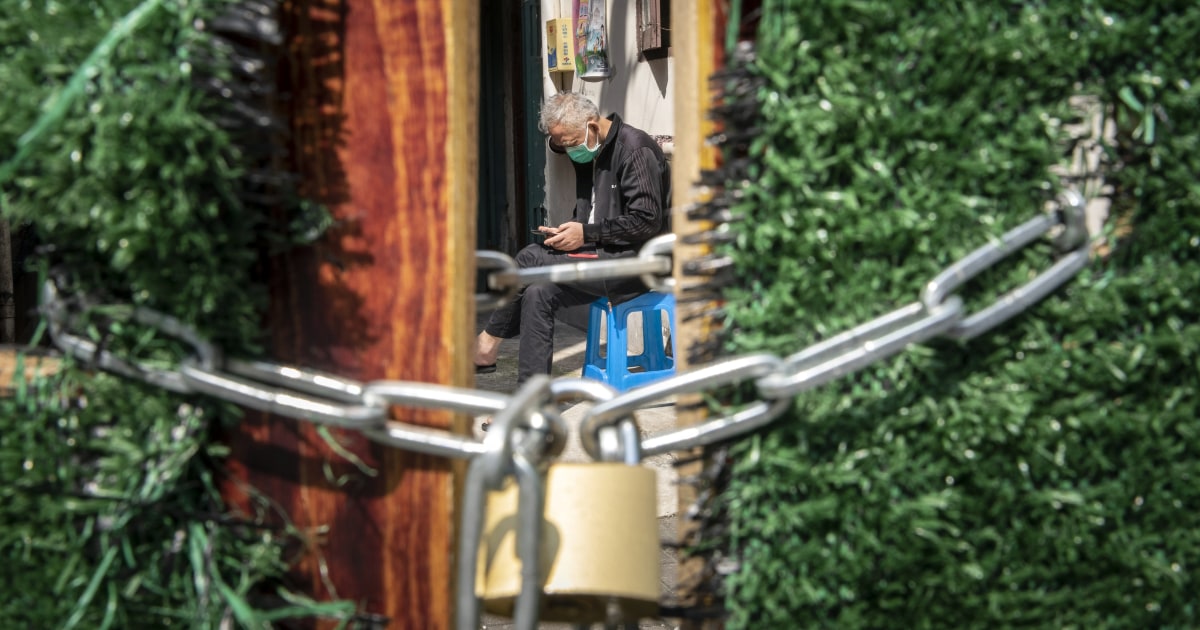 Please send links and comments to hmakow@gmail.com
Nearly 400 million people are under lockdown due to
China's zero flu policy.

The world can't protest this injustice since it must pretend covid is a real pandemic even though 99.75% survive. Covid is about Communism. Communism is about obeying irrational dictates.
About 373 million people in 45 cities were living under some form of lockdown in China last month, according to an estimate from the Japanese financial services conglomerate Nomura Holdings. That's more than three-quarters of the entire EU population (448 million) and the entire US population (330 million). A quarter of the Chinese population now lives in locked-down cities in response to China's worst covid outbreak since the start of the pandemic.

https://www.msn.com/en-us/news/world/nearly-400-million-people-are-under-covid-lockdown-in-china/ar-AAX7V1V
More than 180 companies say they have been hit by China's lockdowns to rein in Covid-19

More than 180 companies around the world have mentioned terms including "China" and "lockdowns" in their first-quarter earnings calls or financial statements. It's a significant jump from fewer than 50 companies in the previous quarter

Chinese President Xi Jinping is reportedly suffering from a deadly health scare as rumours of a coup sparked by Covid lockdowns swirl.
https://www.news.com.au/world/asia/chinese-president-xi-jinping-reportedly-suffering-brain-aneurysm/news-story/a4f9f877beb29cd2ee8c0ed6cca9c4d6 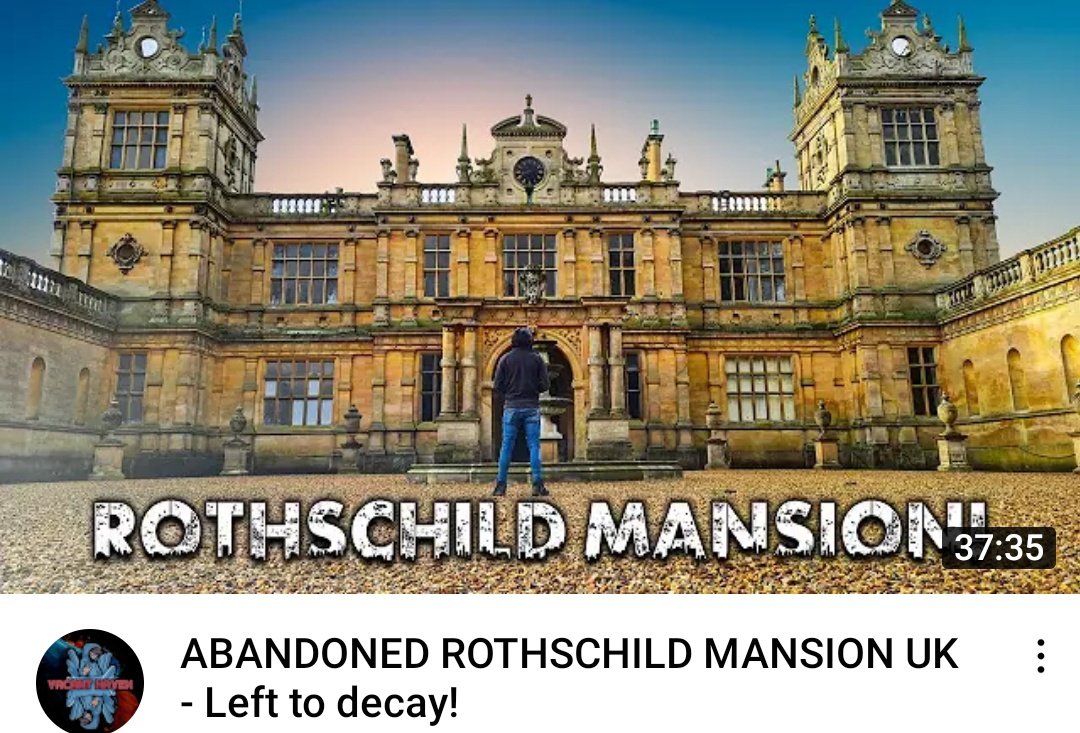 New international alliances of countries based on pragmatic rather than ideological Anglo-Saxon criteria will be formed..."

Anglo Saxon???   That's a laugh!
https://www.zerohedge.com/geopolitical/whats-next-former-russian-president-warns-wests-self-harming-sanctions-mean-collapse--
-----
Where is the $56 billion 'to Ukraine' actually going?

If they gave the bill a more accurate title, it would be called the "Money For Raytheon And Friends" bill, as the majority of the funds from the latest $40 billion behemoth will be used to supply weapons purchase orders, and resupply weapons that were already sent to Ukraine, which arrived with a seeming back room deal to add to the deep pockets of the weapons manufacturers back home.

This short video follows the history of thought on disease from long ago to current times. It exposes deceptions that have been foundational to many dangerous contemporary practices; and provides honest simple insights for achieving great health while avoiding disease; all in under 7 minutes:

Just $4.1 billion of that has been recovered, only 2.4% of the estimated stolen, raising concern the government is not going to get most of it back.

--
Reader recommends- Excellent interview and information!   I consider Daniel Liszt to be one of the most knowledgeable and best journalists/interviewers on the web.  Gigi is one of my favorites guests of his.

Spiritual vs physical.  Gigi is so accurate with her description of spirituality.  It unlocks physical and mental strength.  Tune the soul with the body and you almost find a nostalgia that you forgot existed within you.  Very inspiring episode. 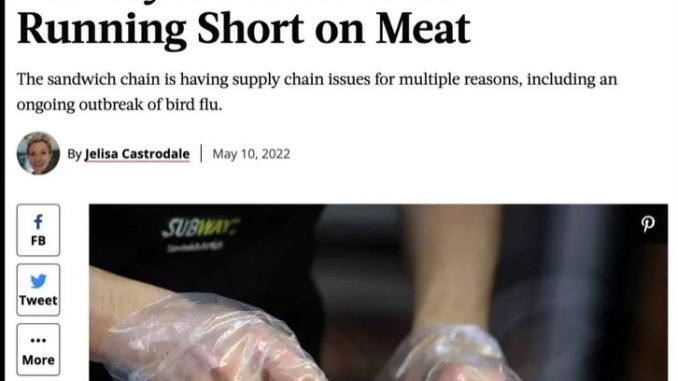 Subway ---Do You Need More Proof That They Are Trying to Starve Us on Purpose?


"Another equally logical and controversial explanation can be found in the warnings that researchers have come up with for years; it is not the Swedes who become stupider - instead, it is mass immigration from certain countries that lowers the average intelligence and increases the proportion of intellectually disabled people in society." 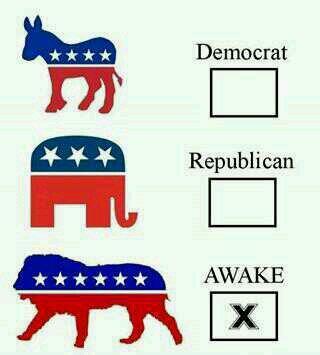 Under the leadership of a Communist Chinese-backed "former" Marxist terror leader, the UN World Health Organization (WHO) and the Biden administration are plotting an unprecedented power grab to build a planetary bio-medical police state. Think Shanghai during lockdown, but worldwide. Leading experts argue that this is truly the emergence of the "New World Order" discussed by Biden and others.

Already, the WHO claims all sorts of draconian authorities, including powers to work with UN member states in quarantining villages or nations, locking down societies, forcing medical "treatments" such as vaccines, and generally crushing medical freedom. When Ebola was spreading, for instance, the Obama administration sent thousands of U.S. troops to help the UN enforce medical martial law in the Ivory Coast.

Now, under changes proposed to the WHO's "International Health Regulations" by the Biden administration, the dictator-friendly global "health" body would gain the power to carry out its wishes without even the approval or consent of the targeted nation. Not surprisingly, neither the WHO nor the Biden administration plan to consult the U.S. Senate on the matter.
https://thenewamerican.com/resistance-grows-to-un-who-biden-global-health-power-grab/
--
CIA
Obama Admits Being in War Torn, Martial Law Pakistan During 'College'