Headlines for May 2, 2022 -- Russia is Blocking "Neo Colonial Oppression" 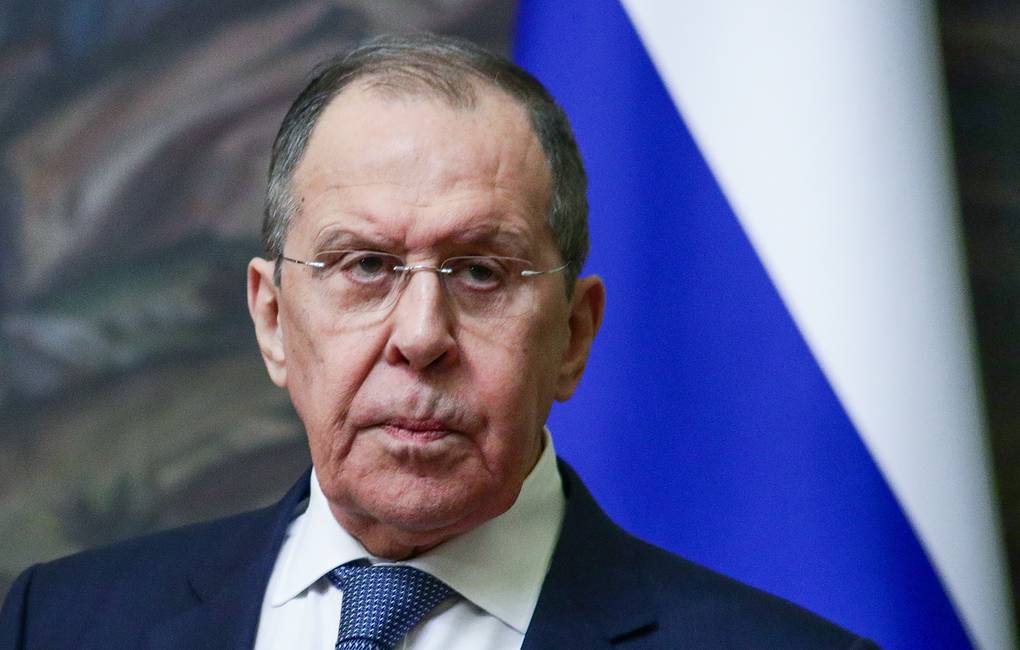 (left, Russian Foreign Minister Sergey Lavrov)
Please send links and comments to hmakow@gmail.com
"Neo Colonial Oppression"   = Satanist Jewish Feudalism  = Worldwide Communism =  New World Order
Russian operation in Ukraine contributes to freeing world from Western oppression - Lavrov
It is obvious that the collective West' attempts to hinder the natural course of history, to solve its problems at the expense of others are doomed, the minister said.
Russia's special military operation in Ukraine is contributing to liberating the world from Western neocolonial oppression, Russian Foreign Minister Sergey Lavrov said in an interview with the Xinhua news agency.

Lavrov stressed that the US has been pursuing a destructive course for decades. The minister, in particular, cited the NATO aggression against Yugoslavia, the attacks on Iraq, Libya, its attempt to destroy Syria, as well as "color revolutions" in a number of countries, including Ukraine. "All this has cost hundreds of thousands of lives and led to chaos in various regions of the planet," he added.

The Russian foreign minister noted that the Westerners are trying "with the most brutal methods" to suppress countries that seek to conduct an independent foreign and domestic policy, and it is not only about Russia.
https://tass.com/politics/1445755?utm_source=rense.com&utm_medium=referral&utm_campaign=rense.com&utm_referrer=rense.com
Makow-- What makes me question the whole Russian narrative is that Lavrov says they do not want to replace the Zelensky regime. Isn't he being disingenuous? Do the Russians actually think they can ever trust the gangster regime in Kiev???  What game is Russia playing???
-- 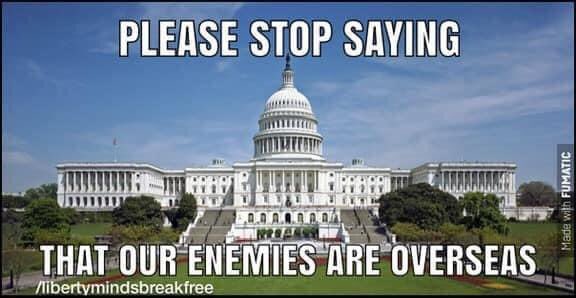 US recruits Israel against Russia


Recently,  things changed dramatically in the past fortnight or so, as Israel gave up its neutrality toward Russia's special operation and accused Moscow of committing war crimes. Biden's conversation with Bennett took place as Russia-Israel relations began plummeting.
Is this a quid pro quo re. Iran nuclear deal?
https://www.indianpunchline.com/us-recruits-israel-against-russia/
---
Latest Ukraine Info  ----Gonzalo Lira's Twitter feed

https://mobile.twitter.com/GonzaloLira1968       "When NASA needed a pen that worked in zero gravity, they spent $1 million dollars on its developments. The Russians used a pencil." 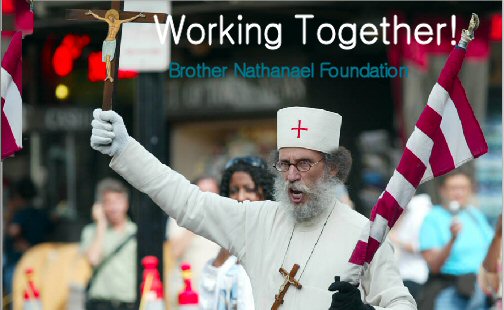 Brother Nathaniel knows Orthodox Christian brothers who know Vladimir Putin personally.
Bro has been kicked off a dozen Jewish-controlled donor platforms and is living off his credit cards.
Bro is the best critic of Jewish power in America. We cannot afford to lose him.
If you appreciate my work, please donate to Brother Nathaniel.
https://www.realjewnews.com/?page_id=1394
Millions of LePen votes Destroyed
https://www.thetruthseeker.co.uk/?p=252971
"VACCINES"  & OTHERS
After infection or jab? An estimated 38 million Americans have developed an autonomic nervous system disorder following Covid-19 infection 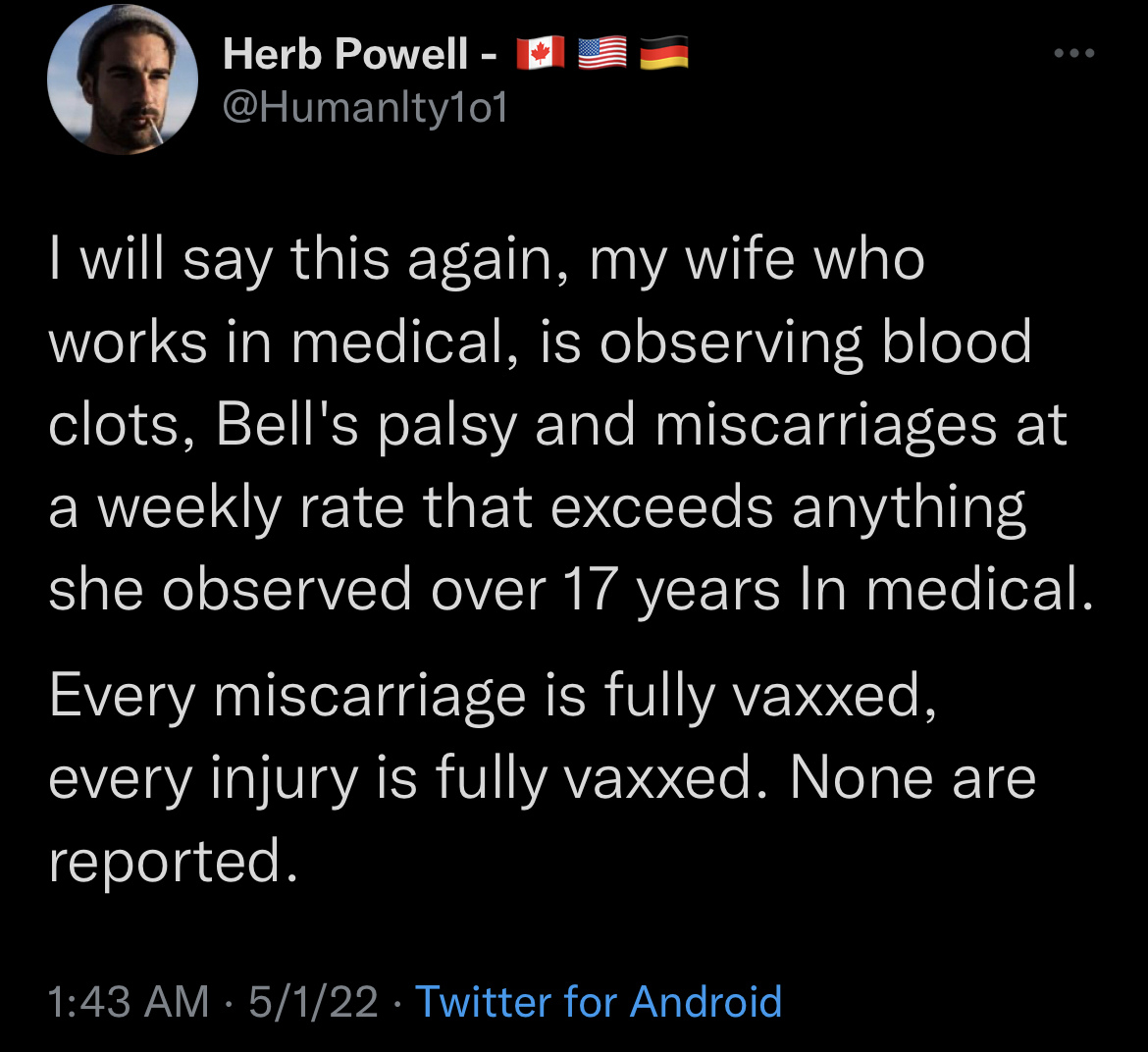 Last week the Canadian Medical Association Journal published fraudulent science by University of Toronto epidemiology professor (((Dr David Fishman))) and his team. This fake science inverted reality and blamed the covid "unvaccinated" for covid cases in the "vaccinated". This is a complete inversion of reality. The article was also drenched in thick rhetoric promoting human rights violations and forced injections. Big pharma media puppets across the nation and around the world ran with this fake study, and spread hatred for non-genetically modified people.

Dr Byram Bridle helps us get the facts straight, expose the fraud, and stop the divide-and-conquer being played against us. 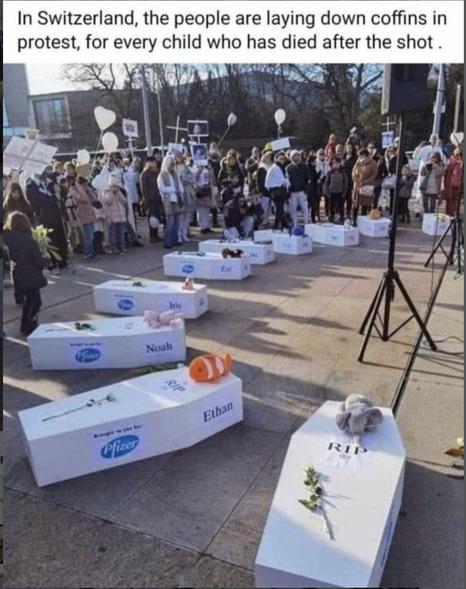 Swiss people obviously have more freedom of speech. They can talk about deaths due to Pfizer's Covid vaccines

The Good Samaritan Society (GSS), with locations in Alberta and British Columbia, has informed all unvaccinated staff they have until May 13 to provide proof of vaccination or be terminated.

--
'What I've Seen in the Last 2 Years Is Unprecedented': Physician on COVID Vaccine Side Effects on Pregnant Women
Former Pfizer VP: 'Adverse impacts on conception and ability to sustain a pregnancy were foreseeable' 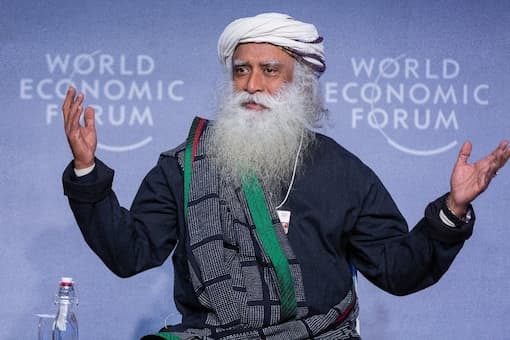 --
Celebrities in the US and the UK propagandized the population into receiving the experimental COVID-19 injection with disastrous results. Nurses, doctors, and patients explain how vaccinated individuals experienced a range of serious and even deadly side effects.

https://www.infowars.com/posts/you-will-never-trust-a-celebrity-again-after-watching-this/
Their profession is to recie the lines they are given.
--

Caitlin Johnstone - Oh God It's Going To Get SO Much Worse

Northern Truthseeker says rain on the upper plains designed to prevent planting. He also deals with the killer jabs and Ukraine. 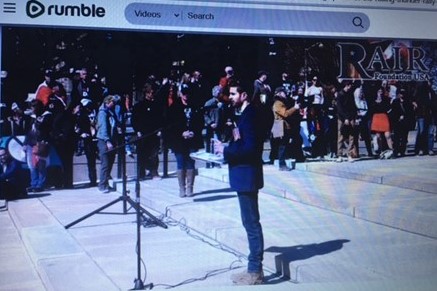 Highly decorated Canadian military veteran Chris Dearing, brutally beaten by police in the streets of Ottawa on February 18th, 2022 returns to the National War Memorial and gives a barn burner speech where he throws down the gauntlet before the Turvert Federal Dictatorship-LET FREEDOM RING!
https://greencrowasthecrowflies.ca/2022/05/01/decorated-cdn-military-veteran-chris-dearing-speech/
---
Are fully vaccinated people losing their eye sight???
https://citizens.news/613937.html
--
This is an appeal for information from people familiar with Robert David Steele.  Obviously he was murdered. Does anyone know why?

Comments for "Headlines for May 2, 2022 -- Russia is Blocking "Neo Colonial Oppression""

followed RDS for 2-3 years, and I'd have to say he was very well informed and was developing a large 'awakened' flock through his numerous channels of communication and public appearances.

Was he whacked? Although I don't have any information edge with which to validate my speculation, it wouldn't surprise me given the vast volume of information he was serving up to the masses.

Another 'Truther' patriot who met a similar fate in a Toronto hospital recently was Rob Kirby ( www.kirbyanalytics.com ). Rob had a Bay Street career and figured out how the US Treasury, the Federal Reserve and the banks were using derivatives to prop up a house of cards. See "The Fed Derivatives Scam" by Rob Kirby: https://www.youtube.com/watch?v=nORlriHj3ho

believe the part you're missing when he says Zelensky can have Ukraine back is that some of us know that when the people find out what he's done, he will be executed for Treason. There is no reason for him to do it for them AND have the world see it.

That's my story and I'm sticking to it.

Re: Reason for murder of Robt David Steele, you don’t suppose his vociferous written and financial support for publication of this book series could be a reason do you?

With respect to Mr. Lavrov’s comments stating not wanting to change the Zelensky’s regime, here is my interpretation: Russia cares about achieving the results outlined by Vladimir Putin at the outset of the war. I.e. demilitarization, de-Nazification and neutralizing what remains of Ukraine after carving out the areas where the majority of the demographics are, either Russian or sympathetic to Russia. That would include the east and the south of Ukraine, including Odessa. And then having one continuous corridor from Transnistria, Moldova, to the Donbass in eastern Ukraine.

Putin and the Russian leadership know full-well that neutralizing what remains of Ukraine, requires having the instruments in place to guarantee neutrality of Kiev, regardless of what puppet regime the west will have in place.

The odds of WW3 have just increased significantly, because:

First: The UK has announced, a few days ago, the sending of 10,000 troops to Lithuania. This act is intended to provoke Russia further, and at the same time have boots on the ground near the war theater, mobilized and ready. I don’t think 10,000 soldiers from the UK would suffice for that; but I am willing to bet additional troops will be dispatched, soon.
Second: The situation in the Middle East is escalating: One of the top leaders of Hamas in Gaza has announced that:
Hamas and its allies in the region will force an ending to the blockade Israel has against Gaza, soon, by opening a path via the Mediterranean sea shores of Gaza.
Hamas and its allies will launch a regional war if Israel allows Jewish settlers to enter the Muslim holly mosque in Jerusalem and conduct religious rituals. Other leaders in the region reiterated the same threat. It is expected that some Jewish settlers will attempt to enter the mosque on the 29th of May, commemorating the capture of the old city of Jerusalem during the six day war.
The leader of Hizballah, Lebanon has stated that orders have been giving to retaliate automatically and immediately to any attack or incursion attempted by Israel.

If any of those three events, outlined above, takes place, you can bet that a regional war will break out, and will more than likely spread beyond the region. Stay tuned.