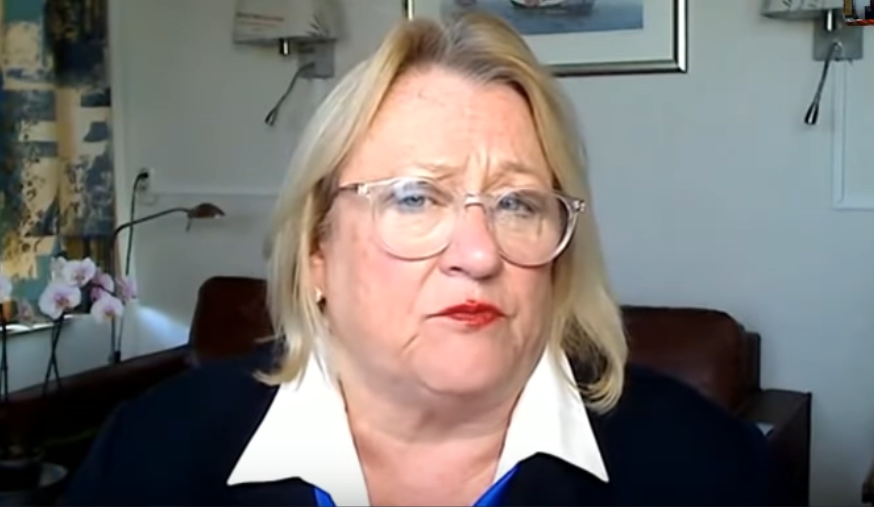 Solution: Everyone (but AT LEAST 10 percent of folks) MUST stop supporting the 20 or 30 corporations that are most complicit in installing the slavery system. So boycott them! The "vaccine"-passports (currently advancing in Texas, California and France) must be foiled.

Do you really want to continue financing a digital "service" "provider" who fully intends to soon stick you in the Digital Concentration Camp? Do you really consider it wise to build and finance your own camp enrollment? Because financing your own enemy means betting against yourself!

The main bank responsible for the 21 trillion USD of "missing money" is the NY Fed. The top shareowners of the NY Fed are five Wall Street banks: JPMorgan Chase, Citigroup, Goldman Sachs, Morgan Stanley and Bank of New York Mellon. Those five banks represent two-thirds of the USA's eight "Global Systemically Important Banks" (GSIBs). Everyone NEEDS to pull their money out of these five banks! This is WAR, so stop financing your ENEMY!
-----
Catherine shows how to FIND A REPLACEMENT for your criminal bankster here:
https://home.solari.com/how-to-find-a-local-bank/

To find a new bank, check the bank-rating services and Chamber of Commerce for your area. Make sure your new bank is not owned or directed by one or more of the criminal banks.
The power-elite wish to destroy small business because it is the bedrock of democracy. That is why the US Regime worked so hard on giving the workforce of small businesses alternatives to going to work. Also, the power-elite wish to control the food supply, so targeting small private restaurants will kill off that sector in which small farmers traditionally supplied those restaurants.
Klaus Schwab-Rothschild's "2030 own nothing" slogan really means: "It is 2030, we have stolen all your assets, and we will henceforth do nothing else but mind-control you in perpetuity".

Solutions: Fire your criminal bankster; keep using cash; stay analog and ditch digital as much as you can; leave your "smart"-phone at home as often as possible; get the criminal corporations out of your income statement; stop supporting folks who have no integrity and care nothing about you; sidestep inflation by producing more for yourself (such as food) or else working more for yourself (such as DIY); transact in gold and silver; only do business with folks you love; invest in people rather than things.

Elsewhere, Catherine Austin Fitts mentioned a scene in the Tell-Lie-Vision-Series Yellowstone in which the Kevin Costner character tells his son:
"The trick to beating evil is that you gotta be more evil than evil BUT YOU ALSO GOTTA ABLE TO LOVE YOUR FAMILY AND ENJOY A SUNSET".
Hence, people must NOT lose their faith and must NOT lose their love. We are dealing with REALLY SERIOUS EVIL here, so the big question is: How Do We Win This But Not Lose Our Faith And Love? The answer is that we have to do this with Divine Authority because, at the root, we are in a spiritual war.
Any great civilization is built one great child at a time. And either we finance the world we want to live in or we will not have it.
----------------
Thanks to Patrick for sending this!