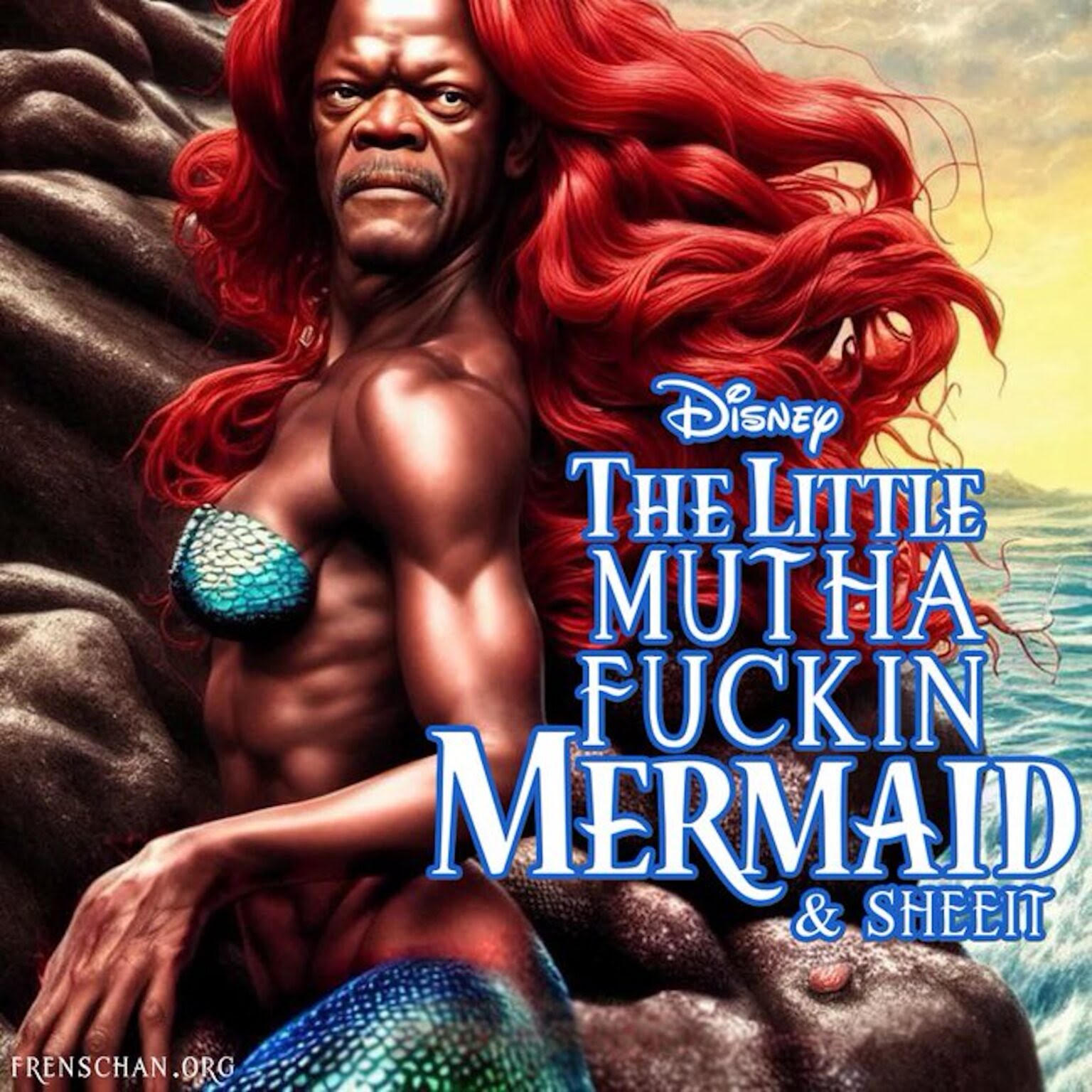 Are you familiar with the term "programming"?
When you are programmed by a hypnotist you are no longer in control of your own mind.
Now what happens when you watch television? You tune in to a specific "channel" and watch a specific "program." You then allow yourself, whether you realize it or not, to be influenced by whatever you are watching. The use of the word "program" as it applies to television is not a coincidence. You are literally being "programmed" with propaganda every second you watch.

WHITE PEOPLE ARE BEING PROGRAMMED TO ACCEPT DISPLACEMENT

Have you noticed how White men have been portrayed in movies and television over the last twenty years? First of all, you rarely see them. 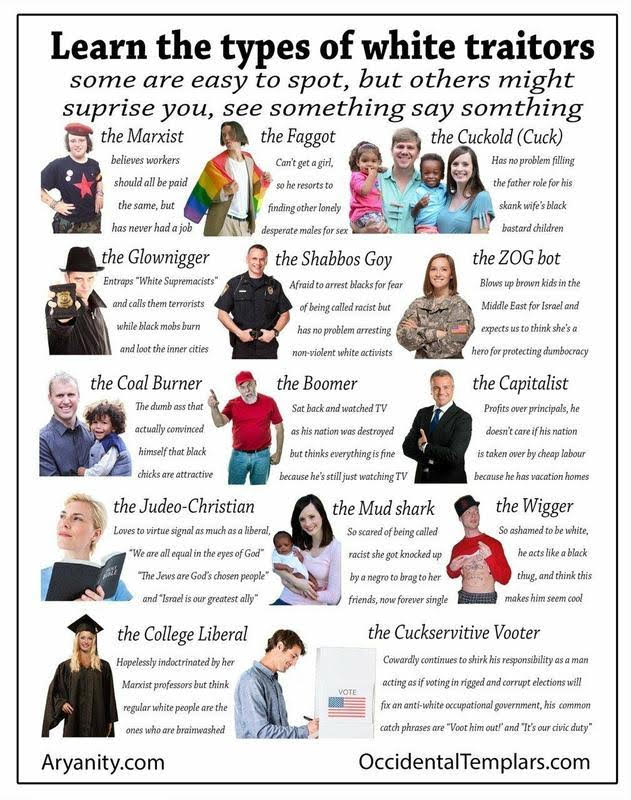 (The propaganda is working)
Almost every leading role or strong supporting role is portrayed by a non-White person. And almost every White female you see in a commercial, television show, or movie is paired with a non-White partner.
When you do see a White male, he is either a villain (with a German or Russian accent), a redneck (with a drooling Southern accent), a skinhead with swastika tattoos (portrayed in the most unflattering way), or a complete doofus (upstaged and outsmarted by every female and non-White character around him).

That these portrayals have no basis in reality is irrelevant; what counts is how they are used to program the minds of literally millions of viewers.
There are no limits here either. Historical characters that were born White are now portrayed by non-White actors. If a show is based on a true event where the hero was White and the villains non-White, it is recast with a non-White actor portraying the hero and White actors as the villains. Famous fictional characters that once were White are now portrayed as non-White. If Dirty Harry were remade today, he would be played by Samuel L. Jackson and the three guys robbing the bank would be White skinheads. Perhaps the movie would be re-titled Dirty Tyrone.
The bottom line is White people, and particularly White men, are being programmed to accept their replacement. To accept it, to see it as inevitable, and to acquiesce their new position on the bottom of the totem pole. Sadly enough, it's working.

NO COUNTRY FOR SLOBS AND BUGMEN

How many White men do you know today who aren't fat slobs or skinny bugmen? 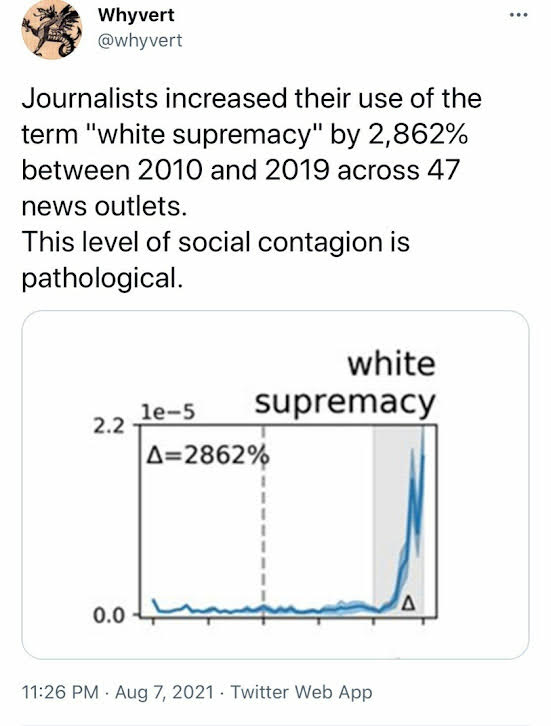 How many White men do you know today who aren't the first to cry "racism" when they see other White men standing up for themselves?

How many White men do you know today who didn't don faggot face diapers when the virus hoax began?

How many White men do you know today who don't spend their time watching Hollywood movies, television, and streaming services; who don't follow and attend professional sports ball games; who aren't constantly logging on to Pornhub and Only Fans?
White men are the core customer base for all of those companies. Without them, the companies could not exist. Thus, White men have been programmed to pay the bills and provide financial support to the very people who openly despise them and want to see them dead. Talk about mental programming.
I don't know how much more masochistic it can get. White men today are perfectly fine with being bullied, insulted, degraded, spit on, even beaten and killed. Some (many) of them appear to actually enjoy it.

White men today hate themselves. They hate their race. And they hate anyone who disagrees with them. It's been programmed into their heads for the last twenty years and they don't even know it. 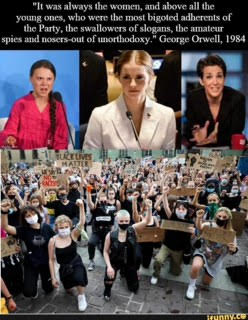 What about White women, you ask? They're even worse. The majority of women, and in particular White women, will believe whatever society tells them to believe. They've been brainwashed into believing that White is out and non-White is in; that being a wife and mother is boring, but being a whore or slut is cool and financially rewarding. They've been programmed to reject and loathe their White brothers - the very men who risked their lives for centuries to save White women and who have given White women everything they have.

White women are the battering ram the programmers have used to emasculate and destroy White men. Without the almost universal assistance of White women, none of the problems you see occurring today would be taking place. Did you know that studies have confirmed that over 50% of White liberal women are literally suffering from mental illness?

Of course, the solution to this problem - and to all of our problems - is actually quite simple. White people need to boycott Hollywood and all forms of so-called "entertainment."

Kill your television, cancel your streaming services, and don't look back. Then urge your family and friends to do the same. Without the support of White people all of those industries instantly collapse. 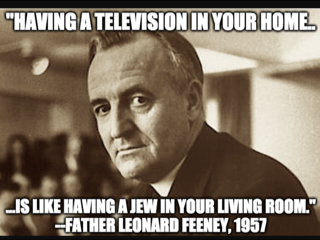 Simple, right? Yet how many White people do you know who are willing to do it? My answer is none. I've done it, but whenever I encourage someone else to do the same, they look at me like I'm crazy. When I suggest they stop watching television, some of them actually start shaking.

Even so-called "conservatives" balk at doing this. If the average tough-talking, Trump-supporting "conservative" lacks the backbone to stand up to his oppressors, you can imagine how futile it is for the average American.

Fat, dumb Americans would rather subjugate themselves to those who despise them, rather submit to mental slavery, rather allow themselves to be beaten and killed than experience the temporary discomfort of giving up the boob tube.

Thank God they don't make up the entirety of the White race. There are still White men, and a handful of White women, with balls; men and women with courage, fortitude, and vision working tirelessly to get us out of the mess we're in. Sadly, they are few in number. Are you one of them?
---
Mike Stone is the author of "Reversing the Side Effects of the COVID-19 Vaccine: How to Heal Yourself from Adverse Reactions to the Trump Vaccine and Protect Yourself from Shedding," available here. "COVID-19 and the Mark of the Beast: What Every Christian Needs to Know About the Trump Vaccine" (here) and COVID-19 and Kids: A Parent's Guide to the COVID-19 Pandemic: https://amzn.to/3b4M4Qr

He is also the author of Based, a young adult novel about race, dating and growing up in America, and A New America, the first novel of the Alt-Right, a dark comedy set on Election Day 2016 in Los Angeles - - Available on Amazon.

Comments for "Mike Stone- Whites are Programmed to Accept Displacement"

I certainly concur with Mr. Stone but I don't have contact with many men under retirement age. Those men either don't care or don't feel it's an issue from what I've observed. All the gray-haired married men at church are mostly interested in seeing their kids and grandkids and planning their next trip or cruise. In between those times they are playing pickleball/golf or meeting other couples for dinner or drinks at the country club. I'm not in those circles, but I stay in touch with one or two single friends. They are constantly up against it financially and still working or trying to pay for two households. But the premise of his article is valid from what I've observed for 20 years.

After the genocidal mayhem of the world wars where whites bent over backwards to murder millions of other whites for the benefit of Jewish satanists - how can those satanists ever take the white race seriously again???

The saying goes - "your enemy's enemy is your friend". Therefore the greatest friend of the white race is the black race BUT they've been both pitted against each other by their true enemy - the synagogue of satan. The Jews divide and rule.

What a world of hurt the synagogue of satan would be in if their enemies around the world united in a common coalition against them? They would be defeated overnight.

Even though I appreciate this site for being one of the few places to get the truth, I see the same divide and rule ""race bating" bullshit pop up every once and a while; Especially from that "Snippits and Snappits".

An example would be the REAL Dave Chappelle's female cousin was told before Dave was murdered that he was offered his show again by TV executives on one condition only - HE MADE WHITE PEOPLE LOOK STUPID AND BLACK PEOPLE LOOK SMART.

The REAL Dave Chappelle refused then his cousin never heard from him again.
Today we see that muscular Imposter Dave abomination; The real Dave was slender. He doesn't even color match to the original plus he's not even funny. Anybody with eyes can see it's not him. Both his black and white fans would riot if they weren't so hypnotized by lies.

Enjoyed the article Mr. Makow. I stick to white entertainment, and it's really easy. Sad to say blacks are UGLY and there is no way around it. Boycotts work, boycott the products black families promote in black commercials and pay for your streaming entertainment. This past week I've seen six excellent movies on Prime and Netflix with all white casts. Remember only God can displace a race.

I don't agree that Blacks are ugly. I'd only avoid products of companies that are pushing the replacement agenda..most of them.

Mr. Stone is on top of it with this article. However, in their quest to show diversity in their ads, are they not conforming the minorities into a “white culture” albeit an old one?

We have a TV in our home which is on maybe an hour per day. My bad joke is that “Family Guy” is the best show on TV, which absolutely stinks in content and humor. I find myself now and then, half-watching The Rockford Files, a nearly 50 year old TV show. To me, it looks like a 60 minute car advertisement with a private detective story as a by line. Once a week, we may watch Public TV’s BBC productions of murder mysteries where four premeditated murders take place in 60-90 minutes because of an age-old grudge. I won’t watch any sports anymore.

I would add that many American males are stone-cold broke in wealth with not much of a future. This leaves them living day to day with the low desire of driving a 7 year financed, 4wd pick up truck as their one possible dream. American women seem content to spend thousands of dollars on clothes and beauty products. Family is delayed into the mid thirties before having one, maybe two children. 35 year-olds having destination weddings without a hint of clergy is not uncommon.

Many young families are incapable of household budgeting, so they live in mystery of their finances. Maybe that is best considering the outlook of perpetual poverty. Ownership housing appears to be really rental with mortgage.

How will this change? It took us about three generations of programming us in stupidity to get here. Do we think the people who put us here will teach us how to overcome this programming?

Turning off the TV, Sports, Music, MSM news and Entertainment is perhaps a beginning.