The Fraud that Begets all Others 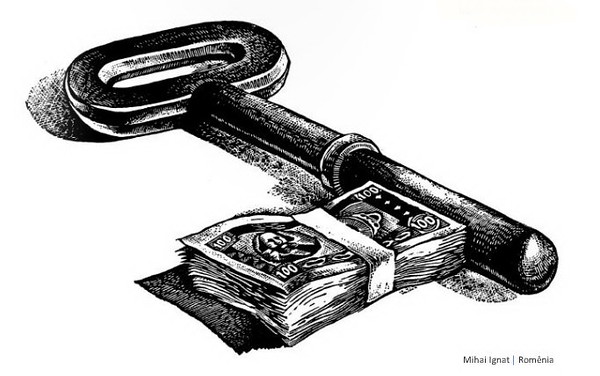 (left, the "key" to understanding the world today bears repetition)

The Only Game in Town

The medium of exchange (money, currency, credit) has no intrinsic value. It is a coupon created in the form of a "debt" to a cartel of Masonic ( Cabalist, Satanist) Jewish bankers. This is something government could do itself interest and debt-free. Your "money" is really government IOU's to these central bankers. No matter which bank you use, you're dealing with them.

History and current events are nothing but the attempt to protect this crooked monopoly by extending it to every aspect of human life by degrading and enslaving humanity through war, terrorism, migration and occult entertainment/social engineering. "We corrupt in order to control," said Giuseppe Mazzini.  Zionism, Socialism, Communism and Freemasonry are merely tools.

Society has been thoroughly subverted and colonized by this occult power and doesn't even know it because mass media and education are controlled by them. Many Jews and Freemasons are collaborators but everyone who wishes to succeed in public life must become an accomplice. Modern society is built on quicksand. We are mind-controlled slaves, but thanks to the Internet, more people are waking up. 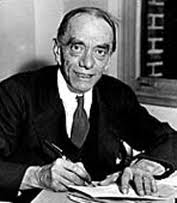 In 1913, Congressman Charles August Lindbergh said: "When the President signs this bill; the invisible government by the Monetary Power will be legalized...The greatest crime of the ages is perpetrated by this banking and currency bill...The day of reckoning is only a few years removed." 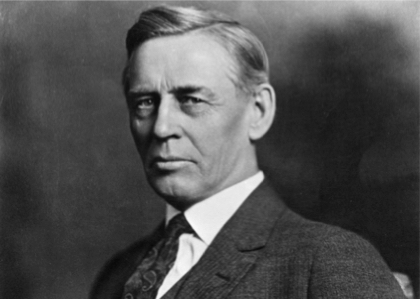 The establishment of the Federal Reserve Bank in 1913 set off a chain of baneful events that blighted the 20th century and darkens our prospects for the 21st. It began with World War One and the Great Depression, and continues with the WTC and the wars on Afghanistan, Iraq, Libya and Syria.

In 1913, America's leaders were bribed and bamboozled by mostly foreign bankers and their US agents. Our "leaders" committed treason by giving these bankers the power to create money out of thin air backed only by the credit, i.e. taxes, of the American people.

The U.S. government now borrows its own money from international bankers and pays them interest to the tune of $250 billion per annum for the privilege.

If you hoodwinked the United States in this fashion, what would you do?

You would either give the magical power back to its rightful owner, the US government.

Or, you would use it to take over the world, to own everything and to control everyone.

Guess which choice the bankers made?

Modern history displays a long-term plan by dynastic banking families and their allies to create an Orwellian World dictatorship ("New World Order") in which wealth will be further concentrated, and human life will be further degraded.

Wars and depressions, modern art and culture, new age religion, sexual "liberation" and feminism, are all part of this design. The role of historians and the mass media is to obscure this plan and to beguile the masses into thinking they are free and their leaders represent their interests. 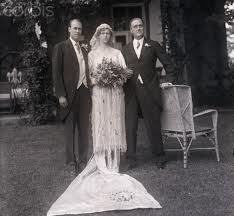 (Dall, left with FDR and his daughter Anna)

This conviction was reinforced by Col. Curtis Dall's book, "FDR: My Exploited Father-in-Law" (1970). Dall, who was married to Franklin Roosevelt's daughter Anna, spent many nights at the White House and often guided FDR around in his wheelchair. He was also a partner at a Wall Street brokerage.

Dall maintained a family loyalty but could not avoid several disheartening conclusions in his book. He portrays the legendary president not as a leader but as a "quarterback" with little actual power.

The "coaching staff" consisted of a coterie of handlers ("advisers" like Louis Howe, Bernard Baruch and Harry Hopkins) who represented the international banking cartel. For Dall, FDR ultimately was a traitor manipulated by "World Money" and motivated by conceit and personal ambition.

FDR's main perfidy was suppressing information about the Japanese attack on Pearl Harbor, at the cost of almost 3,000 lives. He did this because the bankers needed US involvement in WWII, something 85% of Americans opposed. The Japanese had instructions to call off the attack if they lost the element of surprise.

Dall relates a less known but more telling anecdote. In 1956, George Earle, a former governor of Pennsylvania, told him that in 1943 the Nazis tried to surrender. At the time, Earle was Naval AttachÃ© in Istanbul when Admiral Wilhelm Canaris, head of the German Secret Service, approached him personally.

Canaris told him that the German generals felt Hitler was leading Germany to destruction. They could not accept Roosevelt's policy of "unconditional surrender," but if FDR would offer "honourable surrender," the army was prepared to stage a coup d'etat.

They believed that Russia represented a threat to Western Civilization and they were ready to present a non-Nazi German bulwark against Communist designs in Eastern Europe.

To make a long story short, FDR repeatedly ignored this proposal which could have ended the war in 1943 and saved millions of lives. Canaris and hundreds of other decent German officers were tortured and killed by the Gestapo.

The bankers' policy, as exhibited by the fire bombing of German cities, was clearly to 1) prolong the war and inflict maximum damage on Germany, 2) ensure that Soviet Russia occupy Eastern Europe and become a major world power.

COMMUNISM AS MODEL OF MANKIND'S FUTURE 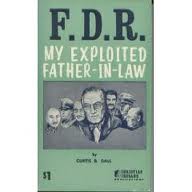 This is consistent with Dall's other observations. The banking cartel acted as if Communist Russia was their personal creation, which it was. One of FDR's first acts in office was to recognize the Soviet regime. FDR advisers Henry Morgenthau and Harry Dexter White arranged for U.S. treasury printing plates to be sent to Russia so the Communists could print their own US money. They arranged $8 billion in lend lease aid to Russia after the war was over. Col. Dall personally confronted Louis Howe over Russian agents he saw meeting Howe in the White House.

What are we to make of all this?

We have to recognize that monopoly capital has an affinity with Communism. Both are enemies of competition and freedom. A Communist government can give the cartels control of raw materials and markets. It can provide huge contracts and take on huge debts. A Communist government can ensure social control in order to protect the concentration of wealth. Each sector of the US economy is now controlled by a handful of cartels. Could we be facing Communism with private instead of public monopoly?

Is it a coincidence that the Communist Party term "politically correct" has entered the American lexicon?

Comments for "The Fraud that Begets all Others "

It was a surprise to open your page and see this article.

I am finishing "Secrets of the federal reserve" by Eustace Mullins.

I have read several of his books and I am amazed at his detail for reference regarding the hidden side of the under belly that controls our lives.

Unfortunately the majority of Americans are just without any information about the "real world" we live in.
30 years ago when I tried to share with people that the federal reserve was not federal I was looked at with disdain. For me it is amusing that now those same people are completely in shock now that they have learned the truth.

The Fraud That is Close to Making "Communist" Slaves of Humanity

Wonderful, Henry, I don't know if there may be another person who understands the world situation as well as you but I'm convinced that no one else is able to express it as accurately and tellingly, at least in the English language.

The Fraud article could hardly be improved. One fact you could note is that the fraud apparently goes back to ancient Sumeria. In that case the bankers were the priests. The earliest writings were not literature, but statements of debt on baked clay.

This article here demonstrates the dominion which has been allowed to establish itself here on Earth enslaving us all.

It also underlines the urgent need for a huge spiritual awakening throughout the dna of man.
Something which despite all the hopes of the trapped and ancient souls hereabout did not occur at the end of 2012 as was expected.

Hence the reason I've been so massively depressed of late. I don't really know what the solution to all this is these are dark days indeed.
Thanks Henry Keep shining a light.

Another "coach" handing "the Quarterback" his plays was Henry J. Morgenthau Jr., Secretary of the Treasury. He was international banker's 'inside man' that handled the financing of the New Deal and US involvement in WW II. As the war was drawing to a close he drew up a plan for German reconstruction after the war, informally called the "Morganthau Plan", with Harry Dexter White

First of all, he wanted summary execution of the top 100 leaders of Nazi Germany. Next, Germany was to be de-industrialized. The Ruhr "should not only be stripped of all presently existing industries but so weakened and controlled that it can not in the foreseeable future become an industrial area". The plan would have reduced Germany to a 3rd world country with only agriculture allowed. Roosevelt actually fully supported this plan at the Second Quebec Conference in 1944. If the German general staff were aware of that, it's no wonder they continued to fight.

But US Secretary of War Henry Stimpson opposed the plan and leaked it to the press. There was a wave of negative public opinion against Roosevelt, who was forced to deny supporting it, and had to distance himself from Morganthau till the heat died down. British Parliament also put the heat on Churchill, demanding to know if he'd endorsed the plan to return Germany to the Middle Ages.

Roosevelt died shortly before the German surrender. Soon as 32Â° Mason Harry Truman became President , he deployed Morganthau's plan disguised cryptically as "Occupation Directive JCS 1067". For two years officers of the US Treasury called "Morgenthau boys" dismantled the German economic base and infrastructure. But the policy was a disaster for the European economy's recovery. In 1947 it was replaced by the Marshall Plan, which said "An orderly, prosperous Europe requires the economic contributions of a stable and productive Germany."