Â³At age 15, Creighton had an apparition of a Black AngelÂ¹ who possessed him as an 'Angel of DeathÂ¹: I awoke in the middle of the night, soaked in sweat and there he was, standing at the foot of my bed . . . I could not move. With a feeling of utter degradation and terror I realized I was powerless to stop him possessing me -- as he would often do in the weeks, months and years that followed."


Â³Sounds like Creighton was the victim of a pedophile?Â² Â³That Black Angel was probably Morton.Â² Â³It's possible that some Section M agents may have been mind controlled sex
slaves.Â²    (From Makow, "Martin Bormann Was a Rothschild Agent--Damning Evidence")

Creighton was dealing with international events that would change the course
of history. Those boys are very often body-jumped by Anubis. Anubis is the
original entity, around 5000 years old, first recorded pre-Egyptian around
32000 BC.

Creighton clearly describes body-jumping: "who possessed me . . . I could not
move . . . I was powerless to stop him possessing me . . . often do in the
weeks, months and years that followed."

Whether you're working on a good mission or a bad mission, Anubis appears as
the angle of death, as cold as space, heavy breathing, ultimately the
possessor, the body-jumper. Ultimately Anubis appears to, and body-jumps,
those who will change world events. He is not your sÃ©ance dude.

As for the connection between "Black Angel/Angel of Death/Anubis and victim
of a pedophile/Morton/mind controlled sex slaves" . . . they donÂ¹t exist.

Nor is Black Angel/Angel of Death/Anubis to be confused with Incubus or
Succubus Â­ getting young girls pregnant, and giving small boys blows.

IÂ¹ve just been on the morphine for kidney stones, so IÂ¹ll claim that as
cover.

I had similar training to Creighton/Ainsworth-Davis with the Black Angel/Anubis. Mine also started around 14/15. At 18, while at University, I  was fully body-jumped (1980) and by 1983, I was body-jump capable.

Some of the horrific training occurs naturally under Anubis.  The most
information inserted at the deepest level in the quickest time is done
through the most intense fear. I call this 'internal terrorÂ¹.

The five minutes I spent battling with Anubis over possession of my body was
cover for an internal download.

These downloads, which Creighton also had, work on the subconscious level .
. . meaning you attract everything you need to achieve those goals. That
includes the training, the trainers, the support crew, the opportunities,
the job as cover, the transport and accommodation and the chance meetings.
It also means that you can act as an independent and run your own constructs
(frame of reference). That means you donÂ¹t need to report back to a
controller or ultimately rely on another crew.

As it turned out, the reconstruction of the subconscious was one of the most
valuable things to come out of the Cold War. It was something we ultimately
had delivered from Moscow.

Just as CreightonÂ¹s role was getting the US into WWII with Pearl Harbor, and
getting Bormann out of Berlin, my role, with similar experiences, was
finishing Creighton/AinsworthÂ¹s story with the escape of Hitler out of

Berlin with the attached Operation Winnie the Pooh . . . and dropping the
Berlin Wall. 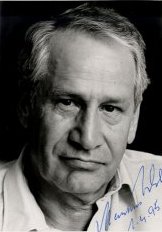 Anubis is 'Man with WolfeÂ¹s head' Â­ hence Mark as WolfeÂ¹ 'Marcus Wolfe' Â­-the head of the STASI. He was very easy to body jump. Just look at the photos of him around 21 -- very open.


Anyway, we spent around a year setting it up. I got into the Ivy League CIA on the reincarnation ticket in Boston and they took care of contacts, accommodation and transport. I made some KGB contacts and I was skipping between Checkpoint Charlie between the two groups.

Somehow we managed to arrange:
1. A prostitute (Russian);
2. Lots of Alcohol;
3. Body-jump;
4. Construct, or Frame of reference. These are kind of like secret formulas
for the subconscious, like the parallel program, the main program, the
sabotage program and the homeopathic program. These are the sort of things
IÂ¹d explain to Carl Jung. Part of the construct we used included me skipping
through Checkpoint Charlie at exactly midnight the year before the wall came
down, like on 8/9 November 1988.

So a year later, Marcus Wolfe tells his wife heÂ¹s going out of town on a
business trip for a week, but he stayed in Berlin with this new mistress and
gets really drunk, standing around bragging in his underwear. His first wife
was also his mistress, so he had a weakness here.

HeÂ¹s been at it for a few days, and heÂ¹s like butter. ThereÂ¹s some pressure
at the gates to open them for humans from East to West, so the guard rings
up and asks for Marcus, then says, no, where Marcus is, not where heÂ¹s not,
at his relaxing place. The guard gets put through to Marcus Wolfe and briefs
him on the situation, on the pressure at the gates and they discuss opening
the dog gates to get the dogs to scatter the people.

The new guard rings up and says to Marcus Wolfe: Â³There is pressure at the
gatesÂ² [body-jump].

We also did a whole lot of other stuff you didnÂ¹t see. Some of it you best
donÂ¹tÂ¹ see. Most of it, when mentioned, has to go through the whole long
phase of ridicule before itÂ¹s finally accepted . . . but youÂ¹re all living
in it.

Marcus Wolfe was then announced as dying 17 years after the Berlin Wall came
down on the day. Â¹17 yearsÂ¹ doesnÂ¹t mean shit, but Â¹18 yearsÂ¹ does. I took
that as acknowledgment.
At least, on this own, I can claim the cover of Diclofenac, Doxazosin,
Tramadol and morphine . . . Morpheus: "Anyone for another construct?"
www.greghallett.com


PS: There was only one Ivy League CIA, in Greece, who managed to call me by
my correct handle. She got it straight up, straight away, didn't say
anything before. No intros. Straight down to business. We had some fun doing
it. We'll call her 'Catherine'.