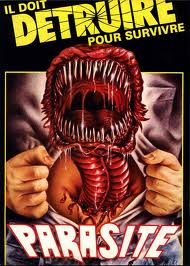 "The aim of their leaders is absolute control over the rest of humanity, and eventually the annihilation of a large part of humanity, with the exception of a number of slaves educated and mind controlled to service the parasite entity."
This is the reason for the attack on Sandy Hook School, to disarm Americans
[Editor's Note: The author has a graduate degree in biochemistry and is well versed in the Judeo Masonic Conspiracy. His view is extreme but I present it for discussion. Can the parasite destroy the host without destroying itself? Would it? ]
[Editor's Note2: "Parasitism" - Taking ownership of the "medium of exchange," i.e. money supply; turning an abstraction into a private debt requiring billions in interest annually. Buying everything and everyone to ensure the perpetuation of this fraud. Using this power to degrade the masses according to a satanic agenda. Why we don't have culture; we have agitprop. Illuminati (elite) Jews jeopardize the security of the majority of Jews l know, including myself, who are hardworking people who pay their way.]
by Cassibon
(henrymakow.com)
Jews are a gathering of several ethnic groups united through a particular "cultural platform" that allows them to distinguish themselves from the rest of humanity.
They are told from childhood that God chose them as His people, and the rest of us were created to be their slaves. Thus, they can freely use, abuse, and if they please, even kill us without this being seen by God as a sin and by their lawmakers as a crime.
Their social structure is based on the unconditional control of their religious leaders who dictate to the Jewish community a tribal vision, inherited from ancient times when most of humanity had a very similar vision.
The Jewish priesthood built a straitjacket for the Jewish community which gave them absolute power; even their kings were afraid of the priest caste.
While this tribal vision allowed them to preserve their identity; inevitably it contains the seeds of antagonism and conflict with any society they interact with. This explains the pogroms and the banishment of the Jews.
PARASITISM
Nevertheless, the astute among their leaders conceived ways of taking control of non-Jewish human societies using the old "Trojan horse" technique. This takeover of humanity is not to be seen as a symbiosis, but as a form of parasitism.
In symbiosis, both parties contribute to the common well-being, while in parasitism, one party hoards the resources exclusively for itself to the detriment of the host. While the parasite thrives, the host declines or even dies.
To allude the self-defence of the host, such as the structures that insure immunity, the parasite produces poisons that annihilate the vital defensive mechanisms.
In the same way, our societies today are poisoned with spiritual and intellectual tools or concepts.
These tools include rejection of the divine, rejection of personal responsibility, annihilation of the social tissue through such tools as atheism, humanism, socialism, communism, zionism, feminism, debauchery and perversion, the destruction of the family, and the patriotic vision.
The cultivation of distractions. For example digital gaming, where instead of apprenticeship in sciences, history, geography, etc., youth waste their time and energy with toxic games that not only destroy their professional future, but distort mind and behavior.
Adults are addicted to television programs and entertainment instead of insuring personal enhancement and social betterment, etc.
The aim of their leaders is the absolute control over the rest of humanity, and eventually the annihilation of a large part of humanity, with the exception of a number of slaves educated and mind controlled to service the parasite entity.
To attain this goal, they not only use cultural platforms for brainwashing, but also poisoning of food, water, air, including poisons they call medicine, vaccines, abortions (planned parenthood), corrupt and tyrannical governmental and wars.
I suspect that in their plan, even the slaves will be discarded once robots are  evolved robots with similar capabilities. This is suggested by the huge effort they devote to what they call "synthetic artificial intelligence".
Thus, they gradually built a "cultural platform" for the rest of humanity with detrimental attitudes and behavior, conducive to our destruction and to their absolute control on us.
HOW TO ESCAPE THIS FATE?
Our only hope reside in the awakening of the people that became accomplices to their own destruction and enslavement of their children.
Also, not all Jews accept this plot against the non-Jews. Those that are the culprits are the Talmudist/Cabbalist Jews, Zionists and their Masonic accomplices and perverts and Christian Zionist zealot idiots.
What can you do to stop this madness? First, become spiritual and reject perversion, and the cultural poison that they instil in us through such concepts as "politically correct" PC.
Search the help and guidance of God and get back to the traditions that insured our social health. Find ways to increase your independence from the "matrix" they built for our self-destruction. Do not use electronic money, and take your money out of their banks, and invest it in something useful, not speculation.
Rebuild our independence in food, clothing, energy, etc. Contribute to the awakening of others and spread the word.
Do this in a spirit that God would approve, avoid cruelty and injustice. Be spiritual, be strong, and be wise.
--
Related - US Army Poisoning Americans
------------  Bro Nathaniel - What Really Happened at Sandy Hook?
US Government complicit in shooting up American elementary school.

Makow comments: 1. Curiously the only other time we have seen this master race vision in the 20th century has been the Nazis. 2. Hardly encouraging but I wonder if the Illuminati would invest so much energy in indoctrinating and degrading humanity if the plan was to exterminate most. My feeling is that we are "human resource" to them, the basis of their wealth which is dependent on supply & demand, and debt-interest payment.

Thank you for being a voice of reason and truth on behalf of the Jewish people. If Jews wonder what they have been hated in nearly every country in the world it is because they have brought it on themselves, not all of course, but enough that it brings the wrath of the world down on them. We all need to wake up. Thanks for all you do

Great article Henry !! In short you cover most of the facts-as usual,good work !! There is an interesting book from 1962 called The plot against the church by Maurice Pinay which covers a lots of ground agreeing with this view.

Is it motivated by paranoia? There's a scene in A Serious Man when Larry Gopnik dreams he's talking to his brother on a boat on a lake. - the brother his suddenly shot and killed. Gopnik looks to see his goy neighbor and son - poster boys for the National Rifle association - reloading with the father saying, "You got him son! Now shoot the other Jew..."

Or is that just public relations? I don't think for a minute that the obsession with disarming law abiding Americans is about ethnic neurosis. A tiny cabal of power freaks are enslaving America and they place Jewish names on point, but it's bigger than that.

Whether they are of Jewish extraction or "gentile", the term "parasite" and even "sinister" is perfectly descriptive of
the interior & ulterior motives of the ruling elite that are controlled by satanic/luciferian forces.

Their "god" is "the god of power or forces" or "fortresses". {words used by Daniel in some of his prophecies describing the evils & the motives of the "final rulers in the last days"}

The author of the article concludes with some basic, sound advice. I have to agree with him:

NOT ALLOWING OURSELVES
TO BE PASSIVELY A HOST TO THESE PARASITES is crucial to overcoming their agenda. ... Including "Agenda 21".

Henry, this article ends with excellent advice. We all need to follow it closely

This article brought to mind the writings of Eustace Mullins, one of which was entitled "The Biological Jew" in which he expounds the view of the Jew existing as a parasite. I haven't read it in a while, but I remember I found it quite apposite and entertaining. You can read it online, here's one site - http://www.radicalpress.com/?page_id=1244

A problem with parasites is that eventually they kill the host. I have some trees in my garden that are heavily infested with mistletoe. The mistletoe grows into large and heavy clusters, they weaken the tree trunks and eventually the branches snap off in a heavy storm. One wonders what the purpose is of a parasite, because once the host is weak or dead the parasite will also die if it cannot find another host.

I have had experience of psychopathic individuals in my personal life and one characteristic of psychopathy is the parasitic lifestyle, these are the con-artists who would drain unsuspecting marks out of every ounce of energy and all their money too!!

Vampires are parasites too. Wherever there is life there seems to be an organism that is too lazy to make its own way and relies on feeding off others. It appears to be a fact of life unfortunately but it means that the rest of us have to be vigilant and not get infested ourselves.