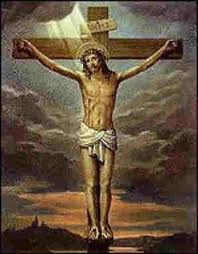 Embedded in nature is Reason.
The Doric Greeks saw this and labelled it 'Logos'.
Jesus Christ is the Logos, The Wisdom of God.
Satanism, as practised by the Cabalist bankers, does
nothing less than attempt to overturn Reality.
That is the real meaning of "revolution."

----
First Comment from RS
An excellent article by W. Lindsay Wheeler. As someone who has a graduate degree in philosophy and belongs to an orthodox (non-dispensational) Christian church (and teaches a Bible study class for men there), I found the article to be one that I could wholeheartedly endorse. If anyone wants to read further along these lines, I recommend C.S. Lewis's short and little-known work, The Abolition of Man, where he refers to the natural order (moral and spiritual as well as physical), which underlies all traditional religions, as the Tao. He does this to emphasize the universality of the Logos and its revelation, without falling into the error of regarding all traditional religions as equal. They all embody the truth of the Tao and deserve respect, but only the incarnation of God in Jesus Christ brings this revelation to its full actualization. So Lewis avoids both the parochialism of much of evangelical Christianity and the desertion of the Gospel by "mainline" denominations that teach what he calls "pseudo-Christian slush."

Comments for "Christ the Logos, Font of Greek philosophy"

This text, apt to excite the superficial minds, is ambiguous on several important points and would not be denied by the followers of the pantheistic Gnosis like V. Soloviev. It is God who created nature (without capital). "Nature" refers to the set of contingent beings (or "creatures" or being "ab alio" = that exist by another), and there is an unbreakable distinction between the One Necessary, the Creator God, the Being. "a se" (= that exists by oneself), which makes that there is no possible identification between nature and God. But Gnosis, which is the hidden doctrine of Freemasonry (hence one of the meanings of their famous G), issued from the Cabal, denies it in order to deify man, old dream (absurd) of humanity.
Gnosis is an attempt to conquer a science prior to the distinction between good and evil, a source and master science of this distinction, a science that frees itself from the order created by God.
A science which answers (pretends to answer) to the fundamental questions of men, but a science without submission to the created order, a science without conversion, a science which divinizes, old pride of the revolt of the terrestrial paradise. Gnosis is the desire to find a basic science that raises above the common condition while dispensing from the conversion of the heart: a science that flatters the appetite for divinity and houses the perversion of the heart.

Here is a clear example of ambiguity : "And from the Middle Ages, Roman Catholic intellectuals voiced the common sentiment that Greek philosophy is the handmaiden of theology. (Kreeft)"

Greek philosophy is absolutely not monolithic and although all Greek philosophers were pantheistic, the "divine" Plato, one of the fathers of political communism and rightly claimed by Freemasonry, can not be put in the same basket as Aristotle, with whom St. Thomas Aquinas drew heavily.

Or alternatively (in regards the last paragraph there) the ancient Greeks, far from paving the way for a Judaic belief system, and later on a Judaised power system, were sitting ducks for the kind of subversion that the crypto-Jews (working for their tribe for their cause, ie power and money through exploitation) cooked up (thanks Paul/Saul) and thereby white-anted them and the Romans and everyone else later (and I include the Chinese too at this stage). miscegenating the race (whites), and maintaining their own. Whether Christianity backfired a bit on them (like Stalin, Hitler, Luther) I know not, but all the blowbacks have only at best stalled the progress of the quest for the holy new world order, but mostly facilitated(sic) it ( ie power and control).

An other example on how the meaning of words has been changed. Philosophy once was the "Love of wisdom" - and the Bible says wisdom is the fear of God. Now Philosophy has the meaning of explaining, interpreting and rationalizing the world, as if it was a matter of opinion rather than a matter of fact.

As for Greece, religious Jews always had a special hate for her, maybe because the New Testament is written in Greek?

Is it coincidental, that Greece seems to be the first financial domino, that is being tipped over in Europe now, even though other states (or should i say EU-provinces) are much higher in debt than Greece?

If people seek wisdom anywhere else than in the Bible, they will inevitable fall in the hands of modern-day philosophers!

The article " Christ, Reason and Greek Philosophy " by W. Lindsey Wheeler was fantastic. The loveliest thing I've read in a long, long time. So well done and concise. My thanks for
that insightful article. And yes, that's EXACTLY what the Illuminists hate and want to destroy.

Obviously Greek philosophy had a major influence on Christian theologians. Paul was a Hellenized Jew, and Luke was a Greek scholar. It's important however to forget about what they thought when reading Jesus' own words. His teachings weren't a philosophy. He didn't try to explain God.

Jesus quoted passages of the Torah to answer trick questions often put to him by adversaries.. "Man shall not live on bread alone, but on every word that proceeds out of the mouth of God" is Deuteronomy 8:3.

The Sadducee of the Temple held that the words Torah are to be taken at face value and Moses didn't hold anything 'up his sleeve' for a special class of initiate rabbis. The Pharisees purported to be those rabbis, saying they knew a secret Torah they said was passed on by Moses to a chosen few.

Jesus was neither Sadducee or Pharisee. He emphasized that God reveals His kingdom to children, and even repentant sinners before men blinded by pride or cunning.

He did use direct examples in plain sight to make the point that faith in God is enough, as in Matthew , and Luke 12:27â€“32

"Consider the lilies of the field: they toil not, they spin not; and yet I say unto you, that Solomon in all his glory was not arrayed like one of these.

If then God so clothe the grass, which is to day in the field, and to morrow is cast into the oven; how much more will he clothe you, O ye of little faith?

Jesus saw the truth in situations and people directly, though he was in no sense a Gnostic.