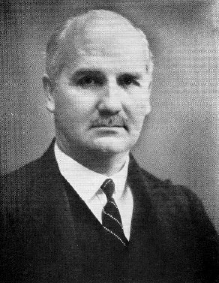 "To consolidate the rule of supermen--to perpetuate the British Empire [i.e. the NWO] --one need only remove the ability of slaves to see themselves as slaves." -- Frederick Lindemann (1856-1957) Churchill's Chief Scientific Adviser

by Madhusree Mukerjee
(abridged by henrymakow.com)

Eugenic ideas feature in a lecture that Lord Cherwell (then known as Professor Lindemann) had delivered more than once, probably in the early 1930s. He had detailed a science-based solution to a challenge that occupied many an intellect of the time: preserving for eternity the hegemony of the superior classes.

Any attempt "to force upon Nature an equality she has never admitted" was bound to lead to bloody strife, the scientist asserted in a draft of this talk.

Instead of subscribing to what he called "the fetish of equality," he recommended that human differences be accepted and indeed enhanced by means of science. It was no longer necessary, he wrote, to wait for "the haphazard process of natural selection to ensure that the slow and heavy mind gravitates to the lowest form of activity."

New technologies such as surgery, mind control, and drug and hormone manipulations would one day allow humans to be fine-tuned for specific tasks. Society could create "gladiators or philosophers, athletes or artists, satyrs or monks" at will--indeed, it could manufacture "men with a passion and perhaps even aptitude for any desired vocation." At the lower end of the race and class spectrum, one could remove from "helots" (the Greek word for slaves) the ability to suffer or to feel ambition.

"Somebody must perform dull, dreary tasks, tend machines, count units in repetition work; is it not incumbent on us, if we have the means, to produce individuals without a distaste for such work, types that are as happy in their monotonous occupation as a cow chewing the cud?" Lindemann asked.

Science could yield a race of humans blessed with "the mental make-up of the worker bee." This subclass would do all the unpleasant work and not once think of revolution or of voting rights: "Placid content rules in the bee-hive or ant-heap." The outcome would be a perfectly peaceable and stable society, "led by supermen and served by helots."

Because many people would evince an "illogical disgust" of such alterations to the nature of the human species, one might have to make do with great apes for such tasks instead of humans, the Prof conceded. It would of course be "somewhat more difficult to make an efficient bricklayer out of a gorilla than out of a bushman," but at least no one would demand votes on behalf of an ape.

As for the "unlimited number of half-witted children born of mentally defective parents," sterilization could and should ensure that society be freed of that burden.

"Philosophers have failed to agree on any definition of what is good and what should be our aim is a matter of individual opinion," the professor summarized.

"But unless we desire to see our civilization perish, to see it disappear as the great eastern cultures of the Nile and Mesopotamia did, unless we wish to prepare [for] new dark ages such as followed the crumbling of the Roman empire, the fundamental cause of present day unrest will have to be removed."

To consolidate the rule of supermen--to perpetuate the British Empire--one need only remove the ability of slaves to see themselves as slaves.

Thanks to Morley Evans for bringing this to my attention.

In case anyone doesn't know, Frederick Lindemann is best known as "Architect of Civilian Carpet Bombing".

Here is a snippet of a 1942 recommendation to Churchill "...The bombing must be directed to working class houses. Middle class houses have to much space round them, so are bound to waste bombs".

Cherwell submitted a plan to the War Cabinet on March 30th urging that German working-class houses be targeted in preference to military objectives, the latter being harder to hit. Middle-class homes had too much space around them, he explained. He was not prosecuted for a ghastly new war-crime, hitherto undreamt-of. Thereby all cities and town over 50,000 inhabitants could be destroyed, or at least brought to ruin. The War Cabinet realised that no inkling of this must reach the public. How Britain Pioneered City Bombing http://www.codoh.com/newrevoices/nrcitybomb.html

A very interesting article on "Lord Cherwell," and a perfect example of the world view of the oligarch.

A key quote was, "Philosophers have failed to agree on any definition of what is good and what should be our aim is a matter of individual opinion." This is the view of Aristotle / Hobbes /
DesCartes, and is broadly accepted today. The implication is that man is an animal that seeks pleasure and avoids pain, and the only
universal purpose in life is pleasure.

If you accept that view, then Lindemann's conclusions are actually rather reasonable and humane, as Mr. Fozdyke explains below. If life is
nasty, brutish and short, and if some men are bound to be slaves,why not "remove from the 'helots' the ability to suffer or feel
ambition," with sex, drugs, rock & roll, etc.? To take a seemingly view, if we're all "saved" by Jesus' crucifixion, and merely need to wait for the apocalypse, why suffer now when we can live a life of blissful ignorance and comfort?

One reaction to this is the "libertarian" or free will doctrine. Yes, "the good" is a matter of personal opinion; therefore man must
not be ruled and must have total liberty to pursue his opinions. But look at the paradox of "patriots" who think electing the likes
of Rand Paul will stop illegal immigration, offshoring of jobs and economic collapse. But if no government has the right to infringe
upon the liberty of the owners of Smithfield and GE, it's you vs. the oligarchs, who think like Lord Cherwell and Mr. Fozdyke.

The third alternative is to; 1) take a realistic (pessimistic) view of human nature, but 2) determine universal truths and purpose, and
use "the collective" to direct the opinions of "the individuals" toward these ends.

This is basically the message of Plato, who is widely (and wrongly) credited as the philosopher of the "new world order". Read Plato
and Aristotle side by side some time. You'll see that Plato's purpose was not to befuddle society, but to determine truth through
(Socratic) reason, and to describe methods for organizing society around truth; and toward the material, intellectual and spiritual
development of the individual. Aristotle was basically a rhetorician, which means bullshit artist. To deny universal truths is to deny the very existence of human reason, and the possibility of using reason (rather than raw power, race, class or "the market") to organize human affairs. Webster Tarpley calls this
Platonic view "the pessimism of the intellect but the optimism of the will." This is also the interpretation of Christianity by
philosophers like Saint Augustine and Gottfried Liebniz, whom bullshit artists call "kabbalists".

People like Lindemann and Fozdyke have pure intellectual pessimism, but lack real strength, which is the will to create when destruction is easier and more pleasurable.

Anyone who doesn't like being told what to do needs to develop a more mature reaction than desiring "liberty." It's like being raised by an abusive parent. Sure, you should get out of the house, but what next? Live on the streets and get exploited by anyone with more power and resources than you? Time to grow up, Huckleberries!

Thank you so much for the brilliant article about the thoughts of Frederick Lindemann by Madhusree Mukerjee and your good self. What is there to criticise? If Frederick Lindemann had been listen to there would be no need to cull the obvious dross of the world. Of course, the bleeding hearts will cavil with the truth of his observations, but don't they always.

Take a good, hard look at the filth masquerading as humanity! The Alpha Lodge has always considered Homo Normalis (as Petor used to refer to them) as expendable tools, playing cards if you will. Now the herd have bred to the point where measures need to be taken. The coming economic depression will be a breath of fresh air. Like Thomas a Becket proceeding to prayer, the sheeple will be slaughtered.

We have a new Messiah waiting in the wings and a relevant gospel. The Xtian God is dead. Our Lord will soon appear in His glory, dignity and power. For millennia we have awaited His coming. His time has come! We are our Father's children!

America is dying and the rest of the world will go with it. After that, China and its younger brother, India will arise from the ashes. We whisper in their ears and our Chinese comrades already dictate policy in Washington. Good Old Ben is by far one of the best front-man we've every had. We're ready to make a killing â€“ in every sense of the word. Wait until the riots start!

How many ignorant, stupid and facile sheeple does the world want? It's not like they're an endangered species. Already we provide their puerile entertainments. Already they work like slaves. Already we sacrifice their children on our altars. Your readers come with nose-rings already attached!

I am a Satanist! I am the highest form of humanity on the face of this Earth! Soon I will be a God incarnate! The future trembles and is abased before me! We have already won!