Why Do People Resist Conspiracy Concept?

I'm fed up with family, friends, and colleagues whose brains are too tiny to understand human nature and the quest for power. I wrote this, and I'm sharing it with you.

It is the human tendency to deny the reality of "conspiracy", even though all of human interaction is by definition a "conspiracy". Conspirators rely on this habit of denial, because it makes their conspiracies possible. As long as people are denying that conspiring is possible, then conspiring is guaranteed to be successful. 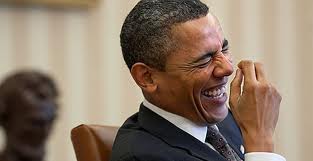 Men - intelligent men - who set forth to commit "crimes", or to accomplish things that other people would not approve of, are committed to finding the means of doing such things, in ways that "normal" people would not normally be ready to anticipate.

"Motive" is easy to suppose. A man steals from a bank. Motive:  He wanted the money.

"Means", if it is done right, is not necessarily so easy to uncover. A man who points a gun at a bank teller has a straightforward means.

The most brilliant conspirators set their aims towards unusual thinking. The further that a plan is removed from normal thinking, the more valuable the proposition will be. Scads of crime films have been successful, working from the basis that surprising the audience with new and unexpected means of committing crimes will get their attention. Yet coming up with the most incredible means of committing crimes is in truth the foundation for the success of the deepest conspiracies that "normal" people think could never be possible.

The credo of the most successful conspirators is this:  "Make what you do so far removed from normal thinking that normal thinkers would never even consider it possible."

The most powerful and successful conspirators refuse to acknowledge that anything is impossible, and this is why they have been successful. They ride on the human tendency to accept everyday explanations for even the most deranged events.

Imagine a planet of free thinkers. People whose minds are capable of exploring every possible direction of human action, both great and "depraved". That is not Humanity, in general. That is better a description of the highest heights of the Illuminati. They ask themselves, "What would people NOT expect?" And they use that, to generate social change from unexpected directions.

Then they ask: "How can we prevent others from thinking the same way?"

It's simple: give them new toys, and create "world-ending" crises to worry about. Meanwhile actual world-killing crises unfold - and that means Japan.

The true Conspirators are by now so far ahead of commonplace thinking that what they are aiming at is not stealing the bag, but replacing it with their own bag, and telling you it's the one you just set down.

People are too easy to control.

Maybe you wouldn't. And that's exactly why THEY did.

Why are people so resistant against truth? Or even fact?

I have spent much of my life trying to understand the blindness of normal humans.

For example, this very day I attempted to inform my colleagues that one or more of the nuclear reactors in Fukushima has been admitted to be in a meltdown state. This is a likely catastrophic development.

Is it indifference? It is inertia? Is it lack of mental ability?

Whatever it is, it is the means by which the conspirators have managed to succeed.
---

Makow comment- The fact that illuminati media hacks spend all their time dissing the idea of conspiracy is a big factor. Most people still think reality is defined by the mass media.

Comments for " Why Do People Resist Conspiracy Concept? "

When people don't react, it seems they don't care because the impact of everything happening is beyond their understanding.

but here comes the 'normalcy bias' defined on wikipedia as:
"The normalcy bias refers to a mental state people enter when facing a disaster. It causes people to underestimate both the possibility of a disaster occurring and its possible effects. This often results in situations where people fail to adequately prepare for a disaster, and on a larger scale, the failure of the government to include the populace in its disaster preparations. The assumption that is made in the case of the normalcy bias is that since a disaster never has occurred then it never will occur. It also results in the inability of people to cope with a disaster once it occurs. People with a normalcy bias have difficulties reacting to something they have not experienced before. People also tend to interpret warnings in the most optimistic way possible, seizing on any ambiguities to infer a less serious situation.

I think this is a good explanation for the apathy we see among so many people. They just don't get it and they really can't.

The Illuminati are Lucifer's friends, they are giving people enough rope to hang themselves. The moral fiber of this country is decimated. I have given up thinking anyone will tow the line. I have also given up thinking it is my job to save anyone. They are free souls, they can choose to follow Lucifer. If they choose to listen to God, then they will hear an inner wisdom. Then they will start to see the facts staring blaringly right at them, and will stop attacking those who are aware as "conspiracy theorists". Our ranks are growing as more people are finding a sense of REALITY when things add up, and MAKE SENSE. The lost sheep continue drowning in a cess pool of fictitious information which their gut tells them is incomplete or absolutely false. They simply fear questioning the status quo too much, and safety in numbers or being blindfolded and led off the plank is fine by them as well. Very few people lack the intestinal fortitude and wherewithall to go out on a limb and speak the truth, and challenge the media's outrageous lies.

This last act of declaring Obama dead shocked me. I thought they would run it out until they invaded Iran. This means they are now declaring Al Qaeda a loose cannon, a leaderless, vengeance filled more solidified under new leadership, runaway train... the perfect pre-text for more false flag terrorism (of course run by the Intel Agencies/Illuminati). They are gearing up for something big. The stage is set... and I can only pray that humanity can survive with wits about them in the coming few years, as I can see clearly there will be massive monetary failures, food shortages, hyper inflation, and many economies just collapsing, and additional false flag terrorist events leading to more crackdowns, and possibly martial law. The Patriot Act is being extended another 6 years that gives them a lot of runway, time to invade Iran.

People resist anything that forces them to fundementally change the way they think, behave and live...whether it is aging, or a new job. All things in life are in constant flux, there is no such thing as "reality" being a permanent fixture. The Illuminati have engineered a false sense of 'structure' in order to collapse all societies, by degrading their most moral beliefs, spiritual/religious, and most importantly the bonds that create structure between human beings.

What a good article. I can identify readily with what Mike is writing about because I too see it around me every day. It's impossible to talk to anyone these days about "conspiracy-type" subjects because they just can't think
outside the box..... all you hear is either a laugh, or see a shrug of the shoulders and it's all dismissed as being impossible and/or irrelevant. Often I think that it is me who is going mad, because I am suspicious of motives where others see no problems......and I believe that that's exactly what "they" want;
for the freethinkers to label themselves as nuts while the rest of the sheep carry on as usual. Is it because some of us have been given a divine stimulus,to wake up while others continue sleepwalking? I don't know. But I can certainly
vouch for the fact that yes, large numbers of people are just dumb, glazed over and totally unbelieving of the possibility that there are humans on the planet who would want to enslave them and control every facet of their lives.

I've spent my share of time thinking about this too.

People believe what they want to believe. The way to use that tendency is to tell them something that you want them to believe that they also wish to believe.

Another and perhaps more important factor is that most people want to be accepted and thought of as OK and normal, one of the members of the herd, rather than an outsider, someone different. As the Japanese say, the nail that sticks up gets hammered down. What most people do in any group is copy the way the rest of the group is acting. The way to use that tendency is to convince people that "the rest of the group" is thinking, acting, and believing the way you want them to act, think, and believe.

Hi Henry, this is a simple formulation that answers the question of
why the general population dismisses 'conspiracy theory' and embraces
'coincidence theory':

The Popular Paradigm is False

[] In rhetorical argumentation it is only necessary to detect the
error of the proximate assertion to dismiss anything based on such an
erroneous foundation.

[] It is never â€œusefulâ€ to apply a fraudulent frame to a discussion
attempting to ferret out the truth of a situation. Set yourself and
rhetoric within a false paradigm, and anything resultant will be
equally as fraudulent.

[] Semantics is the prime problem: Newspeak generates a false
paradigm, therefore nothing based on this paradigm is true.