Culture of Depravity Taints US Military 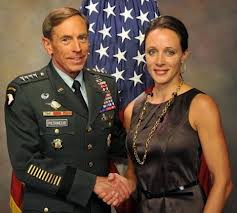 "I can't tell you how many emails I have received over the last year and a half from men who have exited the United States Military as either a Captain or Major because they simply could not bear to be a part of the repulsive, honorless, amoral culture."
It appears that the pattern of Masonic corruption in politics & entertainment pervades the US Military as well: You Don't Rise Unless You Sell Your Soul to the Devil.
This is why the US is going down the drain.
By Ann Barnhardt
The Night of the Long Knives
(Edited and abridged by henrymakow.com)
When I was a teenager back in Leavenworth, Kansas, I became acquainted with a German lady who had just married a US Army flag officer that she met while working as a civilian contractor on a US Army base in Germany.
Her husband was transferred to Ft. Leavenworth, which almost all flag officers pass through at some point. She was a strikingly handsome woman and super-sharp. She was very happy and was eagerly trying to get pregnant and start her family, as she was 35 or so at the time.
The last time I saw her, she was in a state of shock. She had left her husband, was filing for divorce, homeless and trying to organize getting back to Germany. Here is what happened:
She had finally become pregnant. She had just found out and hadn't even told her husband yet. They were attending a party thrown by the post commander at his home that evening. Most of the upper-echelon flag officers at Ft. Leavenworth would be there. She was very excited and happy that she and her husband were now moving amongst the top brass in the US military, and she planned to tell her husband that night after the party that she was pregnant.
They arrived at the party in the gorgeous old home of the post commander. In the foyer, there was a large bowl that all of the men placed their car keys into upon entering the house. She figured that this had something to do with drunk driving protections, as there was certainly drinking at this party. She thought nothing of it.
As midnight rolled around, the party suddenly concluded. All of the couples then moved into the foyer. One by one, the wives stepped up to the bowl full of keys and drew out a set at random. The wives then matched the keys up with their male owners and then left with that man.
It was a wife-swapping party.
When my acquaintance realized what was going on, she refused. Her husband was livid.
When she got home she packed a bag and left. The stress of going from being on top of the world and happier than she had ever been to having her marriage destroyed, being betrayed so casually and sickeningly by her husband, and being made essentially homeless and penniless in a span of about five minutes caused her to immediately miscarry the baby a few hours later.
SEXUAL PERVERSION COMMONPLACE
Wife-swapping and other perverse, orgiastic activities are extremely common among the US flag officer corps. The level of bizarre sexual depravity we are seeing with Petraeus and now Allen, is common to the point of being pedestrian. It is exactly the same kind of sodomitical filth that pervades the political class. They are all sex perverts and cheats. Find me a flag officer or politician that isn't cheating on his spouse or a pervert and I'll be shocked.
Sexual perversion is intrinsic to this class of people. These people are psychopathically insane, because you would have to be psychopathically insane to want anything to do with either the political class OR the flag officer corps today.
I can't tell you how many emails I have received over the last year and a half from men who have exited the United States Military as either a Captain or Major because they simply could not bear to be a part of the repulsive, honorless, amoral culture. They couldn't advance because at a certain point you literally have to sell your soul and become a purely political animal in order to climb the ladder.
And are you really surprised? Every single flag officer in the United States Military today is, by definition, an oath-breaking traitor. Barack Obama is not eligible to be POTUS and is almost certainly not a U.S. citizen. And not ONE WORD. Not one word from the flag officer corps. Why? Because they are politicians at heart, and they will never do anything to jeopardize their O-7, O-8, O-9 or O-10 pension packages.
Am I surprised that Petraeus and Allen and the rest are pathetic, pervy fornicators with the common sense of a pile of toenail clippings? Am I surprised that Petraeus was sending dozens and dozens of emails per day to his girlfriend and that their pillowtalk included national secuity secrets?
Am I surprised that Petraues and Allen have spent their careers walking around with a "BLACKMAIL ME" sign taped to their backs? Nope. These people are imbeciles and psychopaths who implemented and oversaw rules of engagement that have intentionally gotten our boys killed.
---
Ann Barnhardt had a commodity trading business which she shuttered because she lost faith in the integrity of the US financial system, when certain institutions helped themselves to investor cash.
Thanks to M for alerting me to this testimony.
Related --Kay Griggs - Wife of Marine Colonel Reveals Masonic Homosexual Initiation Rituals in Officer Corps
Petras - Military Purge Not About Sex

Satanism in the US military
-------------
First Comment by Krister-
The main issue is not why the military brass, officials or politicians is depraved, corrupt and/or psychopaths, that something any individual following the power struggle at high level (ie. reading Henry Makows site) is very familiar with. What is much more interesting and also more important to knew, is why the powers that be (the Zionists) took out their option now, of 'hold-fast' or blackmail on General Petraeus, to trow him out with the dishwater. My take on that is the following;

a. the Bengazi attack and the anti-Muslim film, was the set-up of a 'October surprise II', to replace Obama with Israeli Premier Netanyahu's very near friend Romney. The film was meant to give cover for the real perpetrators (CIA/Mossad) and cast the blame on on 'extremist' Muslims.

b. the Mossad/CIA orchestrated plan went afoul already before the attack on the consulate, ie. the links to Israel (read Mossad) regarding the anti-Muslim filmmaker and it's financiers.

c. the total catastrophe of the 'October surprise II' was the killing of ambassador Stevens. The plan was to have him taken hostage, which would have catapulted fake-birther Obama out of the Presidential chair.

d. it seems that CIA/Mossad as well as the Zionists, haven't learned yet to successfully operate in todays totally new media situation, ie. the very professional non-establishment and non-Zionist researchers, using the net to rapidly spread the news to hundreds of millions of people around the world, and by that creating political pressure even to such ugly creatures as CIA/Mossad and Zionism.

That's why the Zionists had to change course 180 dg. and let Obama stay in the White House, and that's why a lot of heads now are rolling, or as some prefer to term it, 'the night of the long knives' is in full swing.

Below some related links:

Comments for " Culture of Depravity Taints US Military "

Depravity is a condition of one's moral code of conduct. The code comes from within the person. It cannot be dictated by external rules and regulations. Oh, to be certain there are external rules and regulations regarding one's conduct that are "on the books" of thousands of organizations including all branches of government including the military. Penalties abound for infractions of the "rules", all the way from a "slap on the wrist" to death. Just visit a prison, jail, or divorce court to look at the people who got caught breaking the rules. So what's the big deal not understanding why leaders of government, the military, religious organizations, and business lie, murder, steal, cheat on their spouses, sexually abuse children, and on and on. Human nature being what is with people, no matter what their position is in life, will act out their moral code of conduct in all areas of their lives. How people conduct themselves in their business or work place will be acted out in their private lives and visa versa. Depravity is an immoral trait, and its not confined to any specific area peoples' lives.

As a footnote to this article, which focuses exclusively on the US military, one of Canada's top military commanders, Col. Russell Williams, was stripped of command in 2010 and convicted of two counts of first-degree murder. Williams' MO was to sneak into the bedrooms of young women in his neighborhood and photograph himself wearing their underwear when no one was at home. He murdered two of these women. At the time of his arrest Colonel Williams was commander of Canada's largest airbase and had served as a pilot for Queen Elizabeth and the Prime Minister of Canada. By the way, under Canadian law, Col Russell Williams, convicted of two murders, will be eligible for parole after 25 years and is collecting a $60,000 annual pension while in prison.