Do Not Donate to Illuminati Charities 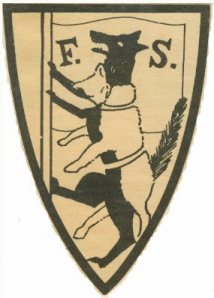 
by Joan Prince
(for henrymakow.com)

Over 350 years ago, the apparition of Our Lady of Good Success in Quito, Ecuador predicted that at the end of the 20th century, Satan would almost totally rule the world by means of Freemasonry. Does the Illuminati rule organizations like the Fabian Society and its offspring, the charity Oxfam, too?

Like Freemasonry, the socialist Fabian Society can be understood by its symbology. The Fabian Society's original emblem was a wolf in sheep's clothing.

The Fabian Society originated in England in 1884, with the purpose of forming a single, global socialist state. They get their name from the Roman general Fabius, who used carefully planned strategies to slowly wear down his enemies over a long period of time to obtain victory.

"Fabian Socialism" uses incremental change over a long period of time to slowly transform a state as opposed to using violent revolution for change. It is essentially socialism by stealth.

Initially, Oxfam helped relieve famine in war-torn Greece. By 1960, Oxfam had become a non-governmental organization. In Canada, they have released a recent curriculum on gender justice, climate change, HIV/AIDS, self-sufficiency, and entrepreneurship for women. This just happens to be  a snapshot of the the Illuminati agenda.

Promoting feminism and "gender justice" does not help poor women. The term itself implies that women are being mistreated and feminism is the remedy. If anything it just serves to break down marriage and family.

Like outcome- based education, "Gender Justice for Global Development" encourages young people to become "change agents" for the globalist agenda.  The curriculum focuses mainly on the suffering of poor women in Third World and gives statistics relating to their plight. Men apparently do not starve.

Clearly, this is a typical Illuminati effort to turn the sexes against each other, as they have done in the developed world.

The hideous, ugly, and primitive "art" in the body mapping section of Gender Justice is an attack on Western artistic standards. It seems reminiscent of paganism, another aspect of globalism.

As with many socialist promotions, the curriculum Gender Justice fdiscusses climate. However, now that it is increasingly obvious that "global warming" is a myth, they have changed tactics and are using the term "climate change" instead. There is much talk in the curriculum about climate disasters and emergency relief for far off lands such as Haiti and Darfur.

There is no acknowledgment in "Gender Justice for Global Development," that charity begins in the home. Nor is there any acknowledgment that there is increasing poverty and financial hardship in Canada and the United States, or what to do about it.

Oxfam has branches in 14 nations, including the United States and Canada. It is partly funded by the Rockefeller Foundation, which states on its website that it is devoted to spreading globalism.

Singing from the same song book,  most major charities appear to be under Illuminati control.

Let us return to the traditional practice of helping our poor neighbors directly by almsgiving.

This is better than throwing money at organizations like Oxfam  that do little to help the poor of the Third World, and much to promote the Illuminati globalist  agenda.

Related- Is Your Favorite Charity Infiltrated?

Comments for "Do Not Donate to Illuminati Charities"

The Freemasons control most charitable organizations and lotteries the Red Cross is Rosicrucianism hidden in plain view. People were outraged after 9/11 when it was discovered the director of the blood monopoly racket made $400,000 a year.
The Shriners (32nd & 33rd degree Freemasons) are famous for their coruption...but no one dare criticize them because of all the childrens burn units they run, it's really quite genius really!

Years ago, I came across a story about the Salvation Army and the mney power. When William Booth and his family started to walk the streets of London ministering to the poor and needy, their needs were simple and easy to meet from those donating money, materials and accomodation for these needy, often homeless souls. The 'Army' quickly built up a good reputation in finding people jobs too, a role they still play here Downunder, through the federal government's program called Job Network.

Within a short period of time however, the Salvation Army became debt ridden, and was forced to borrow large sums of money from the Rotschild banksters. According to my sources at the time, the real name of that banking family was 'Bauer'. They changed their family name to Rothschild, ostensibly in honour of their family shield - a red shield, and thus the name Rothschild - the German version. Maybe the real reason for the change was to hide their true identity?

Nowadays here in Australia and around the world the Army holds its annual "Red Shield" appeal, and just maybe this is a sign, signifying that the Salvation Army is still under the thumb of this notorious banking cartel. There certainly are heavy influences from masonic and other lodges (eg: in the Northern Territory, many members of the various NGO's and emergency services organisations are involved with the Knights Templars, not just the Masonic lodge.)

Back in the mid to late 1990's the amount of money collected by the appeal was in the vicinity of $45 million, Australia wide. The Army policy at that time was to send all monies collected back to Headquarters in London, England, from where it was dispensed globally, on a region by region basis.

Sources inside the Salvation Army at that time (1996) told me personally that their organisation had been divided between the Church part, and the Welfare part, with hired (social justice trained) welfare workers, replacing their traditional ranks of Captain, leiutenant and soldiers (people in uniform) who were no longer allowed to work on the welfare side of things. This change even included the management of opportunity shops and basic services such as access to emergency housing and food vouchers.

I knew genuine Salvation Army people back in my home town during the late 1970's. I also stayed in one of their hostels for a while during the 1990's and I can testify that this change happened and was more than just a perception.

"How the mighty have fallen..."

The quote from George Bernard Shaw about useless eaters, in the piece on the Fabian Society, reminded me of something else he said. In one of his plays Shaw has a character say that the real purpose of welfare (which was promoted by the Fabians on the grounds of social justice and helping the poor) was really to bankrupt society and the government.

The resulting economic collapse would then lead to a total socialist takeover. Of course, Shaw said this in a very witty way, as if it were satire. But it's is a good example of the principle that when someone jokes, that's when you should believe them.

I wish to add that Oxfam operates a network of used book shops. While this seems harmless, they've been suspected of being part of the elimination of books on the Globalist blacklist. Book shops price the books according to a list made for Oxfam international. They have been accused of driving local 'mom and pop' used book stores out of business by planting Oxfam across the street from them, like a "Starbucks of books".

For these reasons alone Oxfam associated booksellers must be boycotted.
http://www.debatewise.com/debates/1008-oxfam-is-destroying-the-second-hand-books-industry

The education arm of Oxfam belongs to battalions of NGO's which target schoolgirls for feminist indoctrination. Local culrure is devalued as backward and 'unsustainable' . Traditional marriage is made to seem oppressive, even dangerous, and of course abortion is a 'must be'.

Gender Justice Summit. Organized by Oxfam: in Toronto the weekend before the G8/G20 meeting
http://www.arcc-cdac.ca/g8.html
"Thanks to everyone for your efforts and actions to try to ensure that safe abortion and family planning would be included in Canada's G8 initiative for maternal/child health. Although we all did our best, Prime Minister Harper and his Conservative Party rejected evidence in favour of right-wing ideology, at the expense of women's and children's lives."

"Right-wing ideology" is Gender Justice lingo for the traditional view that the best protection of maternal/child health sanctity of life, chastity, and heterosexual marriage.

A few years ago a United Nations report titled "women, population and climate" openly states the purpose of herding women into the workforce was always about distracting them from raising families. "placing more women in the workforce is important step to reducing the global population. Instead of planning families, women will be more focused on careers."

So there it is. The NWO considers jobs for women a form of birth control. It follows that as soon as a woman passes optimum child rearing age NWO logic wants her out of the workforce to make room for a younger woman. Indeed, all sources on older women in the work force will tell you wmen over 40 are 'at risk' of underemployment, but they don't tell you this reason. Instead they compare women's statistics to men - not to younger women. Lookie here.
http://www.nytimes.com/1991/05/11/us/older-women-face-bias-in-workplace.html

The method is called 'skewed statistics'. The fact is most middle age women lose their jobs to age discrimination which favors women in the child bearing, child rearing years age group.

*You must all know half a dozen people at least who are no use in this world, who are more trouble than they are worth. Just put them there and say Sir, or Madam, now will you be kind enough to justify your existence? If you can’t justify your existence, if you’re not pulling your weight in the social boat, if you’re not producing as much as you consume or perhaps a little more, then, clearly, we cannot use the organizations of our society for the purpose of keeping you alive, because your life does not benefit us and it can’t be of very much use to yourself."

After the exposure of Nazi eugenics atrocities, school texbooks made the excuse for Shaw, saying such remarks were 'satire'..

Shaw based one of his plays on a fellow Fabian Oxfam founder, George Gilbert .Murray, promoter of the League of Nations, and author of The Exploitation of the Inferior Races in Ancient and Modern Times.

I thought you may be interested in a dream I had last night. It seemed to be sometime around 3am West Coast Time, Although I can't be sure since I was dreaming. I did wake up briefly after words.
What I experienced was a surge of energy in my sleep., I then got pulled up a Hands length above my head, and into my minds eye. I was then sitting on a Mountain Top, Looking at the H.A.A.R.P. Facility. It seemed like Thousands of people where there too, and Angels. Then H.A.A.R.P. Fired up with what seemed like Millions of Volts, and I got a Horrible, Sick Feeling, in my stomach and Woke Up. I remembered all of this, in mourning, and told my wife. My Mother later called, to ask if I was all right, because I live in California. I was shocked to here there was an earthquake, at possibly the same time of my dream and even more shocked when turned on the Idiot Box, and saw the horrible news about Japan. Since I live next to the coast I checked out the sky this mourning and it looked "burnt" on the horizon to the north and east. Then from around 7 am. to 10 am. they were chem-trailing areas, but the trails looked as if they were "patching" chem-lines. Some would dissipate, but "patches" remained, until a clear laser reacted with the Nano Materials.

As God as my Witness, This is how exactly how I saw these events happened.

I am a Catholic, but not part of the Catholic Church. Just that my belief in God is cemented, from the study of scripture.