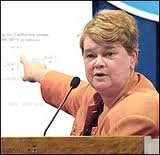 (See her off duty image in text)


Several years ago I worked with a guy who had gotten out of prison several years earlier. I never really talked about prison with him, I didn't figure it was something he wanted to talk about. One day we were talking and his prison experience came up and he didn't mention anything about lesbian prison guards, but what he did mention was that lesbians seemed to be quite dominant as parole officers... He said over the years he had several parole officers and that they were all lesbians and that they were unbearable to work with because they hated men and looked for every reason to screw with their lives. Apparently the parolee had to get permission to do various things and the answer the parolee would get was based on how much it would screw with his life.
My son and a friend of his have gone through with divorces. According to them, it is lesbians who seem to work in whatever service you would have to do to deal with husbands and dads. I watched closely how they were treated and the abuse they suffered. The humiliation that was pummeled on them.

One quick story, my son lost his job and was behind his child support payments for about two months plus some other bills, so he borrowed some money and I co-signed the note and he paid it current and tried to get on with his life.


Several months later the State started garnishing his wages for sixty percent of his pay... He tried to contact the state but couldn't get any answers as to why he was having money taken out of his pay check. 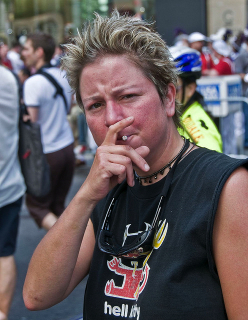 Again he according to him he was dealing with lesbians who really didn't care about justice only that they were screwing another man. It was frustrating to watch this unfold. He couldn't get mad or raise his voice when he was obviously being jerked around, because they had the power and they were salivating at the chance to abuse it.  We found out that the state was starting a new system and accidentally had two child support claims against my son from two different counties.

When the mistake was finally uncovered, he had lost everything, his truck, where he was living. He couldn't make the payments on the note I had co-signed. It all snow balled badly, and when the state saw that they had made the mistake they took no responsibility for the problem.

He never got his money back and they told him he would have to sue his ex-wife for the overpayment. We found out later that she claimed she never got any extra money (they had become friends).  So when I read a story about lesbians in prisons, I have personal stories that corroborate what that man claims.
---

JCW hit the nail on the head with Social Services Dominated by  Lesbian Man-Haters. Your article was spot on with both accounts.  I had the misfortune to spend a little time in "Hotel California," the largest prison industrial complex in the known world.  California Department of Corrections has 4 security levels for prisoners 1 being the lowest security and 4 being the highest, plus "AdSeg" or Administrative Segregation, sometimes called "The Hole."

Militant Lesbian correctional officers are employed heavily in levels 3, 4 and AdSeg, admittedly the most violent offenders. These lesbian officers do indeed love to mess with men's heads. If you step out of line in any way, or say the wrong thing to one of these ladies, you are usually treated to having her train a 9MM Assault rifle at your head whenever you move around inside your housing unit with her looking down the barrel at you... sometimes, they even point at you and then wiggle their trigger finger in pantomime as if pulling the trigger.  I used to push my check out visibly from the inside with my tongue when they gave me the "mad dog" stare... that is the symbol for a lesbian with a hard on.

So often we equate the evils of a psychopath with men, as the men that are incapable of feeling natural emotions, in particular Love, are most often the ones in the spotlight.  But realistically a psychopath, in all its varied levels of intensity and inhumanity, is non-discriminating.

Every single position of government employment that requires an absence of compassion, empathy and connection must be filled by a person with the right qualifications.  Unfortunately for most of us the best qualified for these positions, from the highest office through to the parole officer or prison guard are the sociopath and psychopath (synonymous).

Any person that takes pleasure from harming others is in fact insane.  Persons that go out of their way to find employment wherein they can repetitively harm others, mentally or physically or both are psychopaths.  Because our government and capitalist system are filled to the brim with men and women, straight and gay, that care only about money and control, the system is doomed.  It's no surprise that psychopathic women are put in the charge of threatening and harming men. How else can the cycle of insanity, which the psychopaths must perpetuate, continue to feed itself with the power of fear and hatred?


[Can still recall a delivery 20 years ago  he made to a woman's shelter run by lesbians] The look on that witch's face is still clear to me now.  I imagine a genuine wife beating brutish thug beating on her dungeon door like a drunken Neanderthal wanting his woman back, her loathing for that lowlife, and THAT was the look she gave me, for being male and nothing else, even when I was not even twenty yet, had not a malicious thought in the world, and she had employed my services.

I believe man hating lesbians have been attracted to the system for a long time, and I do believe I have conveyed how the impression that 'shelter' left on me was it being a PRISON where that vicious lesbian crone worked her evil on their traumatized minds. It stuck with me as an old wound and I only got a few minutes of her as a guest.  Heaven help anyone that had to live there under her domination.