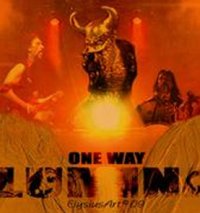 "I found myself at home amongst the Rothschild clan, as if inadvertently ambling into the family estate on an evening stroll."


by Steve Thomas
(for henrymakow.com)


This week I came face to face with the Angel of the Illuminati and his friends in high places...

Anybody who uses Facebook to keep in touch with friends and family, will know what a useful tool it can be. But some may not realize just how open a forum it is.  Although it is possible to set strict criteria limiting public access to your own personal data, most people leave at least their core identity open to public view.

More often than not their 'friends list' can be scrutinized by anyone. Many people leave their 'wall' (a scrolling message board or diary) and even their 'personal information' open for public observation, revealing interests and affiliations to all in sundry. Facebook is a Public Domain forum, so there is nothing untoward about widening your search away from known friends and family.

Recently, I logged on to check the progress of a friend - a man I'd met in 2009. Born into an aristocratic Hamburg banking family, this man had decided to follow Christ to pursue a humble life of love and peace. Despite the loss of a substantial personal inheritance, this rare Baron lives a communal life, supporting the downtrodden and educating the fatherless.

But I happened to notice a few of his Aristocratic European former friends on the list to the left of the page, and one thing... led to another.  Before I could drink a cup of tea, I found myself at home amongst the Rothschild clan, as if inadvertently ambling into the family estate on an evening stroll to find myself amongst their croquet friends.

For me, it all began with 'Sofia Von-Laufenberg', and her 37 companions.

Sitting humbly at the bottom of the illustrious list of confidants, we find 'Microsoft Man', Mr. 'William Henry Gates', with a link to Ms. 'Kylie Anne Minogue' close by. The remaining listed individuals comprise the greater ancient ruling families and Kings of Bohemia: Von Habsburg, Saxe Cobourg, de Borbon, and diamond heirs, de Beers. I swiftly saw extensive personal inter-connectivity between the famed descendants of ancient European dynastic nobility, Global mega-business capital, and the entertainment elite. But with a few thousand friends to his name, who should turn up as the twelfth member in Gates' list of legendary friends, but a mysterious person with the moniker "ANGEL ILLUMINATI"!

Please do take a moment to conduct some simple primary research. These facts are easily verifiable if you open a Facebook account, then follow the rabbit hole, while it remains open to public access. (But please, offer a personal prayer for protection from the Good Lord before traveling these dark corridors.) Be sure to click on the name at the top of page to load the information.

Today, the increasingly popular Dark Angel of the Illuminati has 566 friends, but few without significance. Mr. 'Bill Clinton's page turns out to share this dark fiend, presenting today in prominent position No. 6 (of 3,210 friends):

Turning the pages of the Dark Angel's unhallowed album, even the robed 'Benoit XVI' appears (Pope Benedict - If in doubt, please follow the 'friends' tab on the link above - it's Public Domain).

Then we find pages dedicated to the handsome young Romanov, displaying  Masonic fervour, a love of Babylon, Polo, and Playboy. Romanov lists the Windsor Royals amongst his friends (and the dashing young Baron von Rothschild), unashamedly displaying his more than interesting business networking connection, 'AS Inner Circle's The Monaco Billionaire Club' ("by invitation of a "trusted member" only, offering private parties in Tel Aviv, and luxury lifestyle advice).

(The link for this is now diverting even as I write. It can be accessed via the 'Angel Illuminati' link above, then 'pages', click: 'see all', then scroll through.)

The Angel Illuminati page also registers connection to The CFR (Council on Foreign Relations), who's 'Boxes' page promotes Timothy Geithner (75th US Secretary to the Treasury), Angelina Jolie and  Michael Chertoff, as they variously address the gathered Council.

This bizarre Illuminati web fans out significantly into multiple occultic and esoteric groups, peppered with witches, warlocks, fetishists and fabulists. The 'Golden Dawn' perhaps encapsulates the darkest collection of Illuminati's gathered be-nighted souls, featuring the devilishly blood-curdling Crowley-esque adherents of antichrist Thelema. Golden Dawn registers association with no less than six Rothschilds. Not least, a mutual connection with the prominent American/French 'David de Rothschild' page, where we find advertised a penchant for gun toting 'IDF women', 'massages', the 'Israel ministry of Foreign Affairs', 'Glenn Beck', 'Sean Hannity', and a few other European Rothschilds of significance - well, 80 to be precise! (Just click on the friends list, and in the search box at the top, type Rothschild then hit the search button)

Following the link to 'Evelyn Rothschild', (this British Knight of the Realm, who reputedly oversaw the merger of the French and UK Rothschild banking houses in 2003,) reveals a more than intriguing spiritual inclination. His 'info' page links directly to the clairvoyant mystics and 'moon willows' of 'Arcturus'. (Arcturus claims access to "5th dimension frequency beings of a higher evolutionary track than earth beings", who "offer to enlighten their space brothers and sisters", but "will not unwillingly impose unless requested to do so".)

So where does all this lead? Does Angel Illuminati stand as Horned Lucifer in full view astride his demonic Babylon? If this is jest, it's well connected jest indeed! And this unholy pyramid of Freemasonic Global Governance and Papal Power - Rothschild Gold and Satanic Rock - Black Nobility - Angelic Principality - Blue Blood and Scarlet Sin.

This blesséd earth is ill-ruled. Each one in truth must his inward heart sustain, and voice objection loud and clear, to all who'll listen far and near. Lord have mercy, Christ have mercy on our souls.

In his novel Scarecrow [http://books.google.co.uk/books?id=gfzV2CxenrcC&dq=Scarecrow&source=bl&ots=2tHIuPwFTK&sig=9tarXq5ULAzKhWaaQf4f603aYn4&hl=en&ei=WbC3S7GyF-eX4ga0ja2mDg&sa=X&oi=book_result&ct=result&resnum=10&ved=0CDMQ6AEwCQ] the Australian-born author of several best selling novels, Matthew Reilly [http://www.matthewreilly.com/] has unequivocally identified several members of "The Council" (aka, inter alia, as the Power Elite, The Demonic Cabal [http://www.hermes-press.com/cabal_index.htm]; and the Custodians of Chaos [http://www.guardian.co.uk/books/2006/jan/21/kurtvonnegut]. Specifically, in the Prologue to this novel, Mr Reilly has obliquely referred to the Rothschild family, William Henry Gates, Warren Buffett and Timothy Geithner.

Like all Satanists, one thing shared by the individuals mentioned in Steve Thomas' insightful article is the paramount need to brag about their various exploits and associations by 'washing their dirty linen in public".

In all of the article, what strikes me the most is the number of bankrupt nobility and famous folks linked to the " Arcturian Empire". The Emperor himself, a scumbag named Chris Madoch, is also the " Gay Messiah", and his page is full of blasphemous pictures and statements against Jesus. And people support him !!!

No matter where you start in the NWO or occultism, you always end up on a Jesus hating philosophy. Is it a clue about who is behind it? Are they afraid that they time is running out?
They could as well star a "I Hate Jesus' Facebook page and gather all the jetset on it. It would be easier and more honest.

Check out Evelyn Rothschild and his friends.

this is Evelyn profile, you can find alex jones in his friends list( it is the official alex jones account yes).

Hey Henry,I liked this guest column by Mr. Thomas, but thought your readers would like to know that "angels Illuminati" is a European rock band that has this video up on YouTube:

The group's youtube page links to the facebook and twitter accounts in question. It is odd how they managed to attract so many world leaders as fans given their relative obscurity. There is probably more than meets the eye here and the song linked to definitely has a subliminal feel to it using barely audible words, one-world style lyrics, a centered image, and the repetitious sound of Tibetan singing bowls in the background.

Henry, you might want to ask Steve if he did the due diligence and tried to befriend "angel illuminati" and see if they accepted him, and if his life changed in anyway.

Online social websites are a complete fantasyland. While I would wish that illuminati would set up shop and in arrogance divulge their existence to the world at large, all our friend Mr. Thomas has really discovered is that CELEBRITIES of all stripes and WANNABES want to be everyone's friends in order to look popular and have as many as possible, and so, befriend everyone automatically. Also facebook, as well as myspace, is full of posers and people pretending to be celebrities who don't bother with social websites. Even dead ones.

Most journalists, especially brave Christian ones I know, would join to see what happened. Or more likely, didn't happen. Now THAT would be no story, though.

THIS story is as useful as Mr. Thomas making a claim there is proof the afterlife exists because of the existence of pages on Myspace supposedly run by Mae West, Laurel and Hardy, and scores of other long dead celebrities.

Or that various beers have consciousness and personalities and exist in our world today.

I'll go ahead a do it though; I'm a very strong pacifist Christian as Jesus Christ lived, taught, and died it, and I have no fear of the Illuminati whatsoever. I'll join facebook and all these wonderful people and see if MY music project, which so far has been completely and utterly ignored by the world going on well more than a decade despite the participation of a hugely famous Oscar winner, gets an inch further.

As if the Rothchilds or Clintons or any other celebrity in existence read their unfiltered spam e-mail from social websites.

And I'll keep you posted. Or perhaps, my upcoming sudden fame and wealth will.

Hidden in plain sight only works while the hidden aspect is known only to those supposed to know.

Steve has come up with some very interesting connections indeed, not that they should come as any great surprise to anyone that have taken the trouble to join up some of the dots for themselves. What will be even more interesting is how long these now exposed links will be left there for anybody to poke around in. Are they on show from arrogance and hubris or is this an inadvertent and unrealized disclosure ?

Henry Lincon author ( The Holy Blood and The Holy Grail etc ) began to join up the dots when investigating the Renne Le Chateau/ Sauniere mystery. I was part of a tour of some of these sites with Henry as guide some years back. He said that some of the icons in those early days that he uncovered had been carved into rocks, he examined these yet when he returned some hours later with a full T.V. Camera crew, the carvings had been obliterated. It quickly became obvious that they were under observation and shadowed in their investigation, they never found out by who !

The carvings while in plain sight but hidden in the sense they were unknown, were removed to prevent a lay television audience becoming aware of them. Nice one Steve! Also goes to prove my contention that all this new electronic media and data streaming is a two edged weapon, it can also expose 'the watchers'