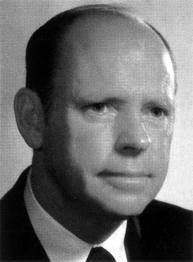 The official story was that this CIA scientist had been doused with LSD and jumped out of the window. Turns out he was pushed for objecting to chemical experiments on unwitting US soldiers and citizens. (Were these experiments forerunners of chemtrails?) Olson is an example of how  real heroes go unsung.


In the early morning hours of November 28th, 1953, Frank Olson -- a high-ranking clandestine chemical and biological weapons expert for the US army and CIA -- crashed through a closed window at the Hotel Pennsylvania in downtown Manhattan, plunging 13 stories to his death [1],[3],[10].

At the time, the media reported that Olson was a 'government scientist'. Olson's death was officially ruled to be a suicide [1],[10].

Years later, the CIA would admit to covertly dosing Olson with LSD -- nine days prior to his death.

Who Was Frank Olson?

Frank Olson was a top scientist involved in U.S. 'Deep State' covert biological and chemical weapons research, conducted for the US Army and CIA [1].  Olson began his career at the U.S. Army Germ Warfare facilities at Ft. Detrick, Maryland, joining shortly after it opened in 1943 [2].

"My father was a research scientist who was involved with germ warfare, associated with the Special Operations division. That was the most top secret kind of research that was done out at Fort Detrick, and [was done] in coordination with the CIA" [3].

Olson's boss was CIA TSS chief and MKULTRA scientist Dr. Sydney Gottlieb who was in the employ of both the CIA and Lockheed at the time 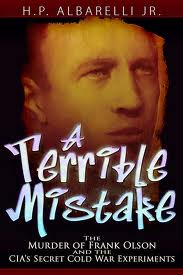 During May and December of 1950, Olson witnesses CIA 'terminal experiments' in Germany, where unconsenting individuals are administered biological and chemical agents during 'interrogations', always resulting in death [2],[10]. The purpose is to broaden CIA knowledge of useful drugs for assassinations, interrogations, and mind control. [10]

During August 1951, Olson travels to Point-Saint-Espirit, France, where he is involved in a secret MKDELTA experiment known as Project SPAN [7]. An LSD-like ergot compound is covertly sprayed on the French public, resulting in mass psychosis and seven deaths [7].

During May 1953, Olson witnesses MI6 'terminal experiments' at Porton Down, U.K,  where innocent soldiers (who think they are testing a cure for the 'common cold') are administered steadily increasing doses of Sarin nerve gas, resulting in horrible deaths [10].  The purpose is to determine the ED50 and LD50 of Sarin nerve gas in man [8],[10].

Frank Olson began to have serious moral doubts about his involvement in government atrocities [1],[10],[12].

The CIA became concerned that Olson was a security risk.  So they arranged for an overnight scientific meeting of Ft. Detrick scientists at Deep Creek Lake, Maryland, which Olson was required to attend.

During this meeting, TSS chief Dr. Sydney Gottlieb secretly administered LSD to all the scientists, including Olson.  The true purpose of this Deep Creek LSD party was "to trap [Olson]" [10],[11],[13] -- specifically, to see whether he would be likely to 'spill the beans' on the vast government criminal activity in chemical and biological weapons research.

Olson became livid upon learning of being dosed with LSD without his consent.  The meeting at Deep Creek Lake confirmed to Olson the immorality of the men for which he worked.

Olson returned from Deep Creek to his wife and children, somber and lucid. He expressed an overwhelming desire to quit the CIA and biowarfare field entirely [1],[10],[12].

The CIA had other plans.


CIA TSS Deputy Dr. Robert Lashbrook had already determined Olson to be a security risk" in a classified memo [13].  So the CIA convinced Olson to

attend a debriefing in New York before they would accept his resignation -- to which Olson traveled with Lashbrook in late November 1953 [10].

Several days later, on November 28th 1953, Olson was murdered by Dr. Robert Lashbrook -- who was in the hotel room when Olson plunged to the concrete below [10].  Lashbrook didn't even bother to go outside to see if Olson was still alive [13].

A hotel operator overheard a telephone call made Lashbrook from Olson's hotel room to a number in Long Island, a mere minutes after Olson's death outside. The phone call went like this [2],[3]:

<Both Individuals Hang Up>

In 1996, Olson's body was exhumed at the request of his family, and forensic expert James Starrs ruled his death to be a homicide [1]. Olson had sustained blunt force trauma to the temple, which occurred prior to Olson's 'fall'.  Olson was likely struck with a heavy object by CIA deputy Robert Lashbrook, and then thrown out the window, as outlined in the declassified 1951 CIA Manual on Assassinations [10],[13],[14].  No charges were brought  due to "lack of evidence" - due to the death of witnesses [13]. 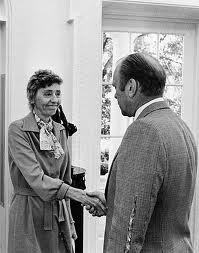 Frank Olson knew the deepest secrets of U.S. government scientific atrocities.  These experiments spanned the globe, involving assassination, mind-control, biowarfare, and aerosol delivery of biological agents. The CIA considered Olson's conscience a national security risk, and so he was murdered.

I just wanted to add that this doesn't only happen to American people but most likely all over the world. Using the Elites language "Trouble makers must be gotten rid off."

I definitely know that in my country of birth, Poland, this kind of stuff has happened time and time again. Most recently with what happened to the Polish President and 96 others (including 5 military generals and a couple leaders of different Polish Christian Churches) in Smolensk. But there have been other famous incidents like General Sikorski who died in 1943 in a very suspicious plane crash.

Basically all real Patriots and good people in every country must be gotten rid off or marginalized whether they are in the political, economic or media spheres of influence. There plan is about to come to fruition and they do not want anybody messing up there party.

Our real heroes are defenestrated, heart-attacked, and suicided by Americans who despise America's ideal of "exceptionalism" based on Christian values.

The political murders of the last sixty years in the US alone would make Machiavelli cringe.

At around 2 a.m. on the morning of May 22, 1949, former Secretary of Defense, James Vincent Forrestal, fell to his death from a small window of the 16th floor of the Bethesda Naval Hospital. The official version goes that the discovery of meetings between himself and Tom Dewey during the '48 election was what caused Truman to force his resignation. The press attacked Forrestal's character with a smear campaign.

In fact, Forrestal had vowed to obstruct the planned re-organization of military and civilian agencies that would create the CIA.