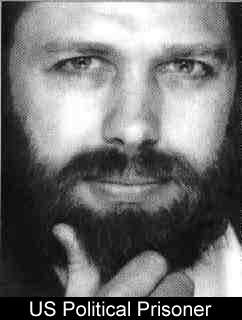 (Editor's Note: Fritz Springmeier is one the foremost researchers of the Illuminati. In 2003, he was framed in a bank robbery and sentenced to nine years in prison.)

Everything we do is a choice between life and death.

And what kind of choices are we choosing today? God gave each of us free will to make choices. Liberty and free will are clearly more life-giving than bondage and dictatorship.

A normal person doesn't need complex definitions of freedom and liberty in order to recognize them. They are internally sensed. Still we need to keep in mind that the better part of freedom is the freedom to do the right things, and not freedom from restrictions. Life will always have restrictions and boundaries.

But how much constraint on our lives is natural (say for instance, Nature's Law of Gravity), and how much is overkill and suffocating?

Here, the California Penal Code lists 186 categories of "crimes against the Sovereignty, Executive Power, and Legislative power of the State."

Liberty. Some Americans assume they have it. Some don't care about it. Some have died for it. But no one is entirely content with the opposite state of affairs -- slavery.

The supposed "happy" pre-Civil War slave burned with a desire for freedom, and would rather eat crow as a freeman, than corn bread and molasses as a slave.

But the same thinking persists, that Americans can be made to be happy slaves.

Yet, many people are not aware that the Supreme Court has repeatedly declared that an inmate's Constitutional Rights don't stop at the prison wall, but extend to an inmate even while he or she is incarcerated. Or do we no longer have a Constitutional right not to be forced into slavery? Interesting question.

Must we Sacrifice our liberty for some "sacred" government? Is the individual's interests shallow compared to the government's interests?

How much freedom of opportunity is offered by a perfectly engineered Brave New World, where our government designs and molds its citizens' niches in life?

Not everyone is happy with their government. A former patriotic government employee is quoted in David Freed's article "The Wrong Man" The Atlantic (May 2010).

A former pro-government employee, Steve Hatfill, is quoted, "People think they're free in this country, don't kid yourself. This is a police state. The government can pretty much do whatever it wants. . . . I was a guy who trusted the government. Now I don't trust a * * * thing they do."

Steven Hatfill had his life ruined by Circumstantial evidence, until years later his innocence was vindicated.

At my trial/appeal, my sentencing Judge kept saying over and over -- "circumstantial evidence can be used to prove anything."

Indeed, that's why my case got into the books. However, the first Federal Judge I went up against was more honest; she, Judge Brown, said, "There is no evidence against this man."

By law, I am to receive 6 months halfway house time. That is my current struggle.

The U.S. Federal government is now a law unto itself. As Steven Hatfill learned the hard way, "The government can pretty much do whatever it wants."

Internet Kill Switch- Obama Could Shut Down Internet for 4 Mos

Comments for "Springmeier: Government as Instrument of Foreign Tyranny"

Last week the Supreme Court stripped laws which had protected 'consumers' from corporate, lending, and investment fraud. The appellate lawyer said "There are many things that are no longer criminal today". What a telling remark in the post 911 era when we're presumed criminals every time we drive through an intersection with cameras watching us, or at an airport, where we're searched without cause or due process. Double standards are intrinsic in secular legal systems. It's only a matter of degree. During the feudal ages only aristocrats could use laws for benefit or defense from other aristocrats. Peasants had no rights at all. As late as the 18th century Samurai in Japan were entitled to strike down a commoner on the spot for any offense.

Fritz is referring to natural law which isn't man made and can't be altered by lawyers or Supreme Court justices. "Two ways there are, one of life and one of death, but there is a great difference between the two ways." The Didache, 1st century AD.

Natural law isn't complicated. Everybody's born with intuitive understanding of good and evil through our initial emotional reactions and level of empathy. Man made law tends toward exponential corruption and complexity until it's purpose is to go around natural law. People routinely 'get away with murder'. But the inverse form of law can neither prevent death even for the most powerful, and it can't write off the wages of sin.