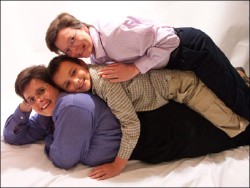 The Illuminati are using gays to undermine  heterosexual marriage & family, a long-term goal of their Communist Manifesto. A recent study shows just how dangerous same-sex parenting is.
by Reality ( The newsletter of Real Women of Canada) November Edition

(Edited by henrymakow.com)
Children raised by same-sex parents reported a 3-12 times higher incidence of sexual abuse than children living with both biological parents.
A July 2012 scholarly, peer-reviewed study in the journal, Social Science Research, by Professor Mark Regnerus, of the University of Texas, Austin,(left) found that: 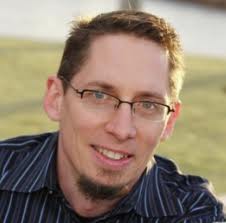 â€¢ Children of lesbian mothers are nearly 12 times as likely to say they were sexually touched by a parent or adult as those raised in intact, biological families.
â€¢ 31% of those raised by lesbian mothers and 25 % raised by homosexual fathers were raped, compared to 8% of those raised in intact, biological families.
â€¢ 90% of children raised in a normative household were heterosexual, whereas 61% raised by a lesbian parent
and 71% raised by a homosexual father were not.
Further, children raised by same-sex parents were:
â€¢ Two to four times more likely to be on public assistance.
â€¢ More than twice as likely to be unemployed.
â€¢ Twice as likely to have contemplated suicide.
â€¢ More likely to seek treatment for mental illness.
â€¢ More likely to have engaged in unmarried sex.
â€¢ At greater risk of poverty, substance abuse, and criminality.
HOMOSEXUAL ADVOCATES FURIOUS
Homosexual advocates were furious about this study and as a result launched a withering attack.
It was imperative for them to discredit this study and destroy Professor Regnerus's credibility.
Consequently, they charged him with scientific and scholarly misconduct, possible falsification of research, and deviating from ethical standards.
Because of the viciousness of these attacks, the University convened a four-person faculty committee and hired an outside expert in "research integrity" to conduct an inquiry.
The Committee concluded that none of the allegations against Professor Regnerus were substantiated, and that there was no scientific misconduct on his part.
PIVOTAL FINDING IN REGNERUS STUDY
Children need stability in their lives while growing up. Professor Regnerus found that parents who had samesex relationships were the least likely to exhibit such stability.
In this study, children raised by same-sex parents reported the highest incidence of living in foster care, with grandparents or living on their own before 18 years of age.
In fact, less than 2% of those with a mother in a same-sex relationship reported being with her for all 18-years of their childhood and youth.
The instability of same-sex partnerships is such that spending significant political, legal, social and economic capital to support such relationships cannot be justified. Nor, should children be used as tools and guinea pigs to further the dubious cause of same-sex marriage.
--
Lesbian Moms Messed Me Up
Mark Regnerus's Sound Social Science

Am I the only one flabbergasted by the fact that CENTURIES of orderly (OK more or less orderly) heterosexual civilization needs to be validated by "scientific" data before anyone will believe it is the best way to live? Isn't the proof usually in the pudding?

Wouldn't society have disintegrated into anarchy long ago if it's foundational structure (the nuclear family made of one man, one woman and their offspring) was seriously flawed? Apparently, in our "enlightened age" this concept is up for serious discussion and doubt!

Thank heavens we now have dependable data from the god of science to validate our previously blind assumptions! Now if we could just do something about the Luciferians who keep shoving this *** down our societal throats!

Right reason, usually referred to as "common sense" in the past, will always be backed up by honest research. It is the "politically correct" bullshit which withers under the light.

Anytime you add a modifier to "correct" you have a phrase which is no longer correct. "Politically correct" simply means "incorrect for the sake of a political agenda." And such should be instantly rejected by all thinking people.

I'll bet most of the unfortunate kids mentioned would heartily agree with that.