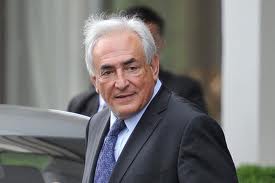 "The investigation into the prostitution ring in Lille ultimately swept up 10 suspects, including [former IMF Chief] Mr. Strauss-Kahn. They knew each other largely through their membership as French Freemasons."
Sex Life Was 'Out of Step,' Strauss-Kahn Says, but Not Illegal
By DOREEN CARVAJAL and MAÃA de la BAUME
(New York Times, abridged by henrymakow.com)
PARIS -- More than a year after resigning in disgrace as the managing director of the International Monetary Fund, Dominique Strauss-Kahn is pursuing a uniquely French legal defense to settle a criminal inquiry that exposed his hidden life as a libertine.
Mr. Strauss-Kahn, 63, a silver-haired economist, is seeking to throw out criminal charges in an inquiry into ties to a prostitution ring in northern France with the legal argument that the authorities are unfairly trying to "criminalize lust."
That defense and the investigation, which is facing a critical judicial hearing in late November, have offered a keyhole view into a clandestine practice in certain powerful circles of French society: secret soirees with lawyers, judges, police officials, journalists and musicians that start with a fine meal and end with naked guests and public sex with multiple partners.
In France, "Libertinage" has a long history in the culture, dating from a 16th-century religious sect of libertines. But the most perplexing question in the Strauss-Kahn affair is how a career politician with ambition to lead one of Europe's most powerful nations was blinded to the possibility that his zest for sex parties could present a liability, or risk blackmail. 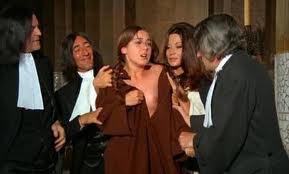 The exclusive orgies called "parties fines" -- lavish Champagne affairs costing around $13,000 each -- were organized as a roving international circuit from Paris to Washington by businessmen seeking to ingratiate themselves with Mr. Strauss-Kahn. Some of that money, according to a lawyer for the main host, ultimately paid for prostitutes because of a shortage of women at the mixed soirees orchestrated largely for the benefit of Mr. Strauss-Kahn, who sometimes sought sex with three or four women.
On Thursday, Mr. Strauss-Kahn broke a long silence to acknowledge that perhaps his double life as an unrestrained libertine was a little outrÃ©.
"I long thought that I could lead my life as I wanted," he said in an interview with the French magazine Le Point. "And that includes free behavior between consenting adults. There are numerous parties that exist like this in Paris, and you would be surprised to encounter certain people. I was naÃ¯ve."
"I was too out of step with French society," he added. "I was wrong."
ORGIES
Mr. Strauss-Kahn's name first surfaced in the French inquiry by chance, in May 2011. French investigators were tapping the telephones of Dominique Alderweireld, an owner of Belgian sex clubs who is also a suspect in the prostitution ring.
In one conversation between Mr. Alderweireld and a longtime childhood friend, RenÃ© Kojfer, who worked at the Carlton Hotel in Lille, the men were gossiping about Mr. Strauss-Kahn's recent New York arrest, according to lawyers involved in the case.
They then recalled a freewheeling luncheon in 2009 at a Paris restaurant called L'Aventure, and Mr. Kojfer discussed whether they could make money by offering information about that day to Ms. Diallo's lawyer, Mr. Thompson, who was never called, the lawyers said.
At L'Aventure, Mr. Strauss-Kahn and a few friends gathered in a private basement club, carpeted in purple and black tiger stripes, with a female Belgian escort and Mr. Alderweireld's companion, BÃ©atrice Legrain, who recalled that lunch in an interview.
She said that Mr. Strauss-Kahn, energized by Viagra, had sex with the escort and then followed Ms. Legrain to the bathroom, grabbing her and demanding sex. But she said she rebuffed him and it "wasn't a big deal." Mr. Strauss-Kahn's lawyer declined to comment.
In his own interview, Mr. Alderweireld made light of the "petit" episode at L'Aventure. His lawyer, Sorin Margulis, took a more scornful view: "It's more an act of Louis XIV." 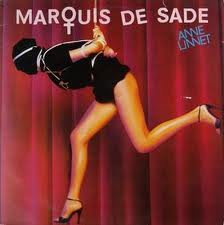 FREEMASONRY
The investigation into the prostitution ring in Lille ultimately swept up 10 suspects, including Mr. Strauss-Kahn. They knew each other largely through their membership as French Freemasons, according to Karl Vandamme, a defense lawyer who represents Fabrice Paszkowski, the owner of a medical supply company who played a crucial role in organizing the sex parties.
"Libertines are people like you and me: people who have a normal life," said Mr. Vandamme, who said his client invested around $65,000 in party expenses, betting on the political rise of Mr. Strauss-Kahn.
The banker, he said, would typically arrive late for the more than a dozen parties, held over a period of about five years. There was a rhythm to the gatherings, with everyone dressed for a sit-down dinner, he said. Then over time, couples separated, "kisses were exchanged between one woman and another and between a husband and the wife of a friend" until the guests "all ended up nude."
Mr. Strauss-Kahn's double life is not surprising to some Parisians.
"He's not the only libertine man in the political world," said Olivia Cattan, who leads an anti-sexism association called Words of Women and believes the case reflects a code of silence. "It is linked to power, and women are often complicit when it can guarantee them a job."
--
Thanks to Mike for this.
Related-- Freemasons Regarded as Fifth Column in France

Apart from being off from common moral and views on sex, this wouldn't be much of a problem in itself, if:

"Belgium is a thousand layers of shit", an anonymous Belgian politician told The Sprout magazine during the Dutroux investigation.

He continued: "You cannot hope to understand Belgian politics until you understand blackmail"

I see no reason to think that Belgium is any exception in that regard.

This news goes hand in hand with the one about the pedophile pig "Sir" James Saville, from BBC fame. A man who used the opportunity of visits to hospitals to abuse sick children was awarded knighthood by the Queen and the Pope ?